10 Folklore Monsters That Persist In The Modern Age

No matter where you go around the globe, every region has its own monsters and legends, many of which stretch back hundreds or thousands of years. Others have begun in more recent times, seemingly out of nowhere. Regardless of their origins, all these beastly creatures continue to be seen in relatively modern times.

Whether these monsters really exist or are simply the result of people’s overactive imaginations is open to debate. While rationality suggests the latter, the persistent sightings keep the element of doubt alive. 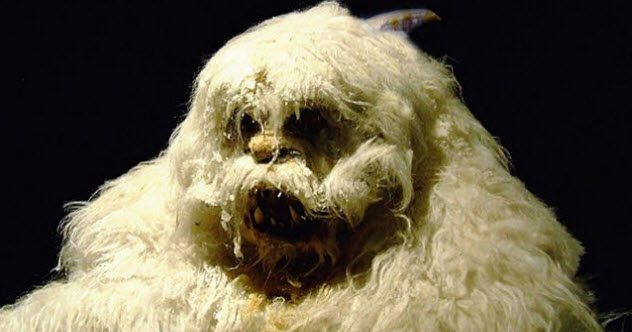 The long-abandoned Billiwhack Dairy plant of Santa Paula, California, has been the scene of many unsavory acts and shady dealings. It is also home to a large, “hairy man,” complete with ram-like horns and razor-sharp claws. The beastly creature is said to be “half sheep, half man.” According to those who claim to have seen it, the monster is not something to witness up close.

Reports of the Billiwhack monster appeared to be at a high in the 1950s and ’60s, but more sporadic sightings continue today. Many adventurous teenagers and thrill seekers often attempt to gain entry into the abandoned buildings of the plant to see the monster for themselves.[1]

If the beast does exist, there are many theories as to what it might be. Perhaps the most adventurous of these claims is that the monster was once part of World War II or Cold War government experiments that looked to create some kind of “super soldier.” 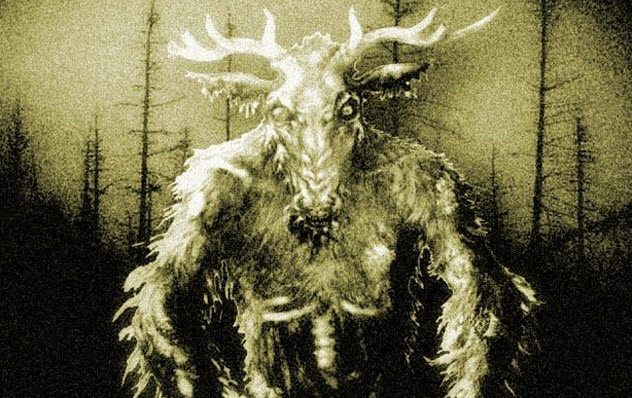 “Wendigo” and “Windigo” have largely been used to mean the same thing. But some researchers attest that the former is a “Bigfoot-like” creature, while the latter is a “cannibalistic spirit” that possesses humans and forces them to satisfy its urges for human flesh.

Perhaps that is why many accounts of the Wendigo describe a creature that is a combination of both of the aforementioned beings. The Wendigo is said to roam the cold, snowy plains of the northern United States and the land it shares with neighboring Canada.

Today, there are still apparent sightings of the beast-like, cannibalistic spirit, although they have died down somewhat since the start of the 20th century. In one case associated with the legend, a Native American known as Swift Runner apparently murdered and ate his family one evening in 1879.[2]

Before he was hanged for the killings, Swift Runner claimed to have been possessed by the “Windigo,” who forced him to carry out the atrocious acts. 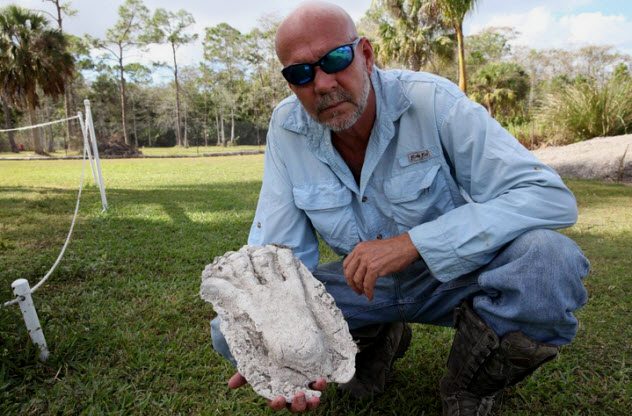 Although there have been reported sightings of the creature as far away as Texas and Kentucky, the Florida skunk ape generally inhabits the swampy regions of the Everglades in Florida.

Although similar to a “Bigfoot” creature, the skunk ape is more apelike in appearance as opposed to having the upright, humanlike stance of a Bigfoot. In keeping with its name, the skunk ape’s appearance often occurs with an intense aroma. It is also said to be extremely agile, negotiating its terrain with swift and frantic grace.[3]

There have been many reported sightings of this mysterious creature. Several in the Myakka region in the 2000s have even produced photos and footage.

There certainly appears to be “something” calling this region of Florida home. Although some people insist that it is an unknown hominid/Bigfoot creature, others believe that it is a small untamed group of chimpanzees that has managed to breed and find shelter in the wild. 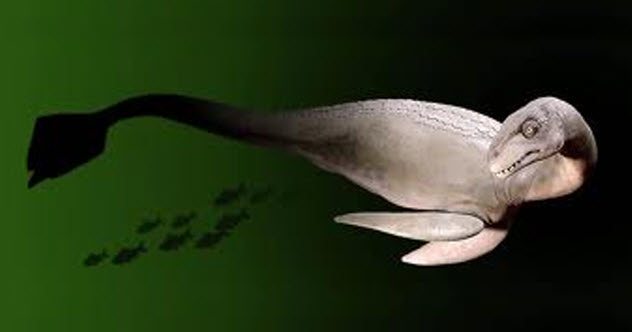 The Altamaha-ha monster is considered to be an American version of the Loch Ness monster. This would make sense because the city of Darien, Georgia—the area with the highest number of sightings of the monster—was settled by Scottish pilgrims from Inverness.

So, did these Scottish settlers bring their legends and beliefs with them as well as their families and hopes for a better life? The sightings have remained remarkably consistent over the years, although many skeptics state that the majority of sightings are simply “rogue” logs that have broken away and are floating in the waters.[4]

A surge in sightings occurred in 1981 after two fishermen claimed to have seen the creature up close. The monster had two humps on its back and left a trail in the water indicating that it moved at a considerable pace. Further sightings suggest that the creature has the head of a snake and is so large that it causes boats to move on the water as it passes underneath.

6 The Rougarou (The Louisiana Werewolf) 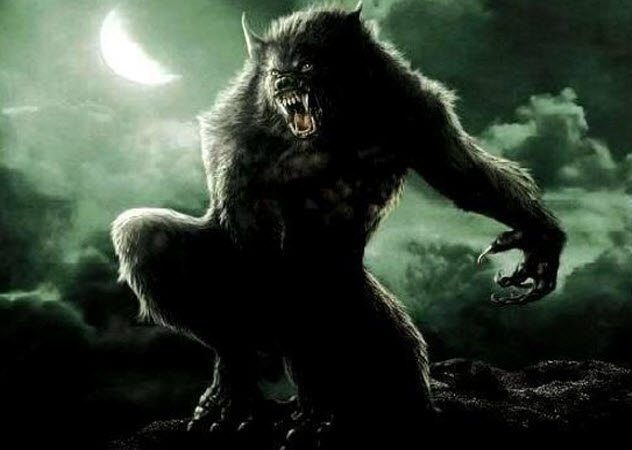 The rougarou legends of Louisiana share many details with the werewolf stories from Europe. This is perhaps understandable given the vast number of French settlers in the region during the 18th and 19th centuries.

Most stories speak of someone who has the ability to shape-shift into a wolf. However, some local accounts tell of a creature with a man’s body and the head of a wolf. Likewise, the details of how one becomes a rougarou differ.[5]

According to some people, it is the result of a curse that lasts 101 days. The curse can only be broken by the affected person “sucking the blood” of a human (which would appear to stray into vampire territory). The former rougarou is also bound not to speak of his experience. If he does, the person whose blood he sucked to break the curse will return and kill the former rougarou (now human) for his loose tongue.

5 The Momo (The Missouri Monster) 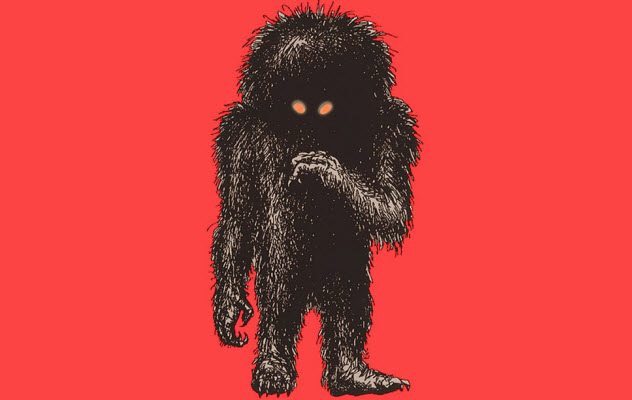 Another creature with similar features to Bigfoot is said to roam the plains of Missouri. The Missouri monster is known locally as “Momo.” Although it is a large, hairy beast, Momo is said to have a pumpkin-shaped head and intense, glowing orange eyes. It also has three fingers at the end of each arm and leaves three-toed footprints on occasion.

The sightings seemed to come out of nowhere in the early 1970s and have continued since. Many animal disappearances, including those which end with the discovery of a mutilated carcass, are said to be the work of Momo.[6]

There are a number of theories as to why this is. Some suggest that the sudden appearance of the creature is explained by its forced migration from elsewhere due to the increasing population and urbanization of the country as a whole.

Others, however, lean toward theories similar to that of the Billiwhack monster and suggest that some kind of experiment found its way, accidentally or purposely, into the wider population. 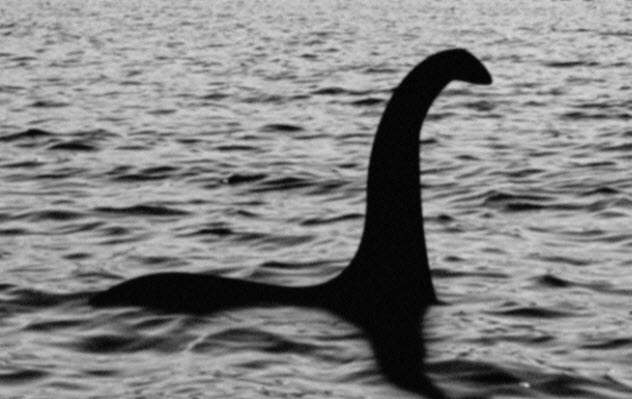 Although the legend persists strongly in the region today, there have been no sightings on record since the late 1800s. Many people of the time certainly seemed to take those reports seriously. Numerous ranchers sold their properties considerably below market value because they had a great desire to get away.[7] 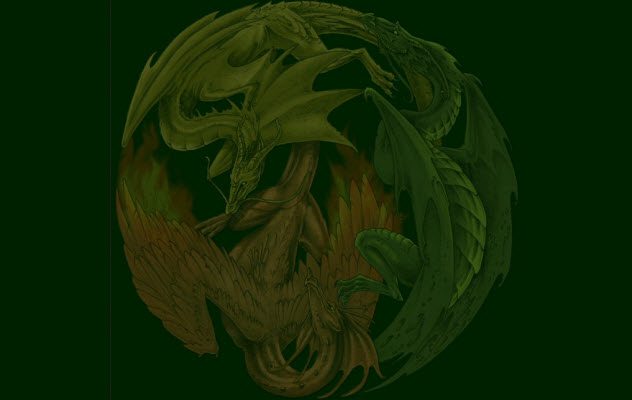 Following a string of vicious attacks on their cattle in January 1897, a small group of Arkansas landowners took it upon themselves to hunt down whatever was responsible for the slaughter. The account was told to the Arkansas Gazette that same month by William Miller, a member of the group.

According to Miller, they tracked the beast to its cave, where both animal and human bones were discovered. When the monster finally emerged from its lair, the men fired all their ammunition until they stood victorious over their kill.

The truth of that story is open to debate, but other sightings of the gowrow have been recorded since then. The most recent occurred in 1951. According to folklore expert Vance Randolph, the number of sightings after the Miller case would suggest that the gowrow is not a “lone monster” but quite likely an unknown species.[8] 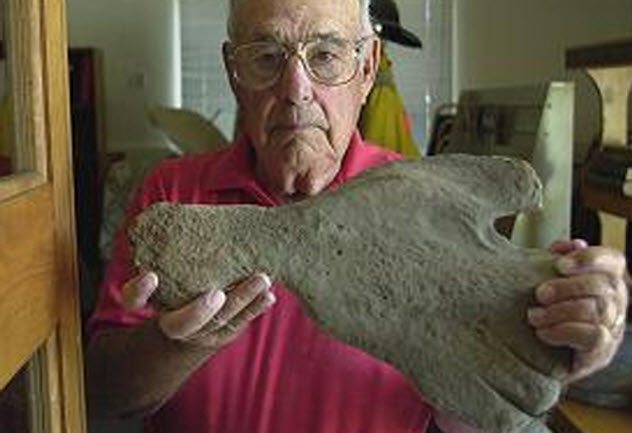 Near San Diego, California, lurks the Proctor Valley monster, a 213-centimeter-tall (7’0″), hairy creature that walks upright like a human being. It has roamed the region for decades, and a plethora of sightings are on record.

A supposed footprint of the beast also exists at the nearby Bonita Museum, although there are no records to indicate who made the monstrous impression or donated it to the museum. Several waves of missing and killed cattle in the area—events that are blamed on the Proctor Valley monster—have certainly helped to keep the legends alive into modern times.

One local legend from the 1960s or ’70s tells of a young couple who took a drive to a lonely part of town. When they decided to return home later that evening, their car wouldn’t start. Telling his girlfriend to lock the doors, the young man went for help. He didn’t return.

All night, she could hear a sound like branches scratching the roof of the car. When local police found her and helped her from the car the next morning, she was on the edge of terror. It only got worse when she saw her boyfriend’s mutilated body hanging from a tree above their vehicle, his fingernails scraping the roof as his body swayed.[9] 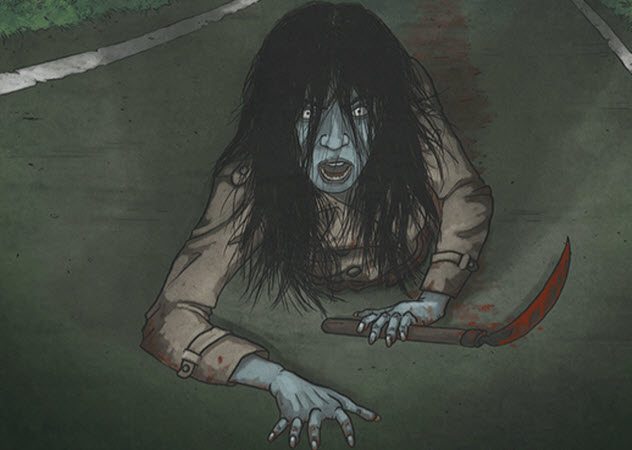 Teke Teke roughly translates as “the sound of her walking on her hands.” It is a legend from Japan of the spirit of a woman, severed at the waist, who will appear on dark roads or lonely subways. She is amazingly fast despite having no legs. If she catches you, your fate will be terrible and deadly (although the details vary by account).[10]

The legends appear to stem from the story of an office worker who was raped by a US soldier in the weeks after World War II. Later, she jumped to her death from a bridge onto the railway below and was ultimately cut in two by an oncoming train. With the rise of the Internet, the legend has enjoyed a resurgence of sorts.

A similar Japanese legend of Kuchisake-onna sparked genuine fears in the 1970s. The origins of this tale go back approximately 1,000 years to the Heian period.

Upon discovering that his beautiful wife had been unfaithful, a samurai slit each side of her mouth with his sword as revenge. “Who will think you are beautiful now?” he asked. This “warning” to remain faithful has stayed in Japanese culture throughout the centuries.

However, in the 1970s, reports surged of a woman wearing a surgical mask over her mouth and appearing to people while they were alone. According to the stories, the strange woman asked, “Watashi kirei?” (“Am I pretty?”)

Regardless of the answer, she attacked her victims—at least, according to the legends.

At the time, these stories were taken so seriously that schoolteachers often accompanied children home so that the kids would not fall prey to Kuchisake-onna. Even more bizarre, a woman chasing a lone child was knocked down by a car and killed in the late 1970s. Her mouth was slit at each side! The sightings continue today but at a reduced rate.

+ The Dark Watchers Of California 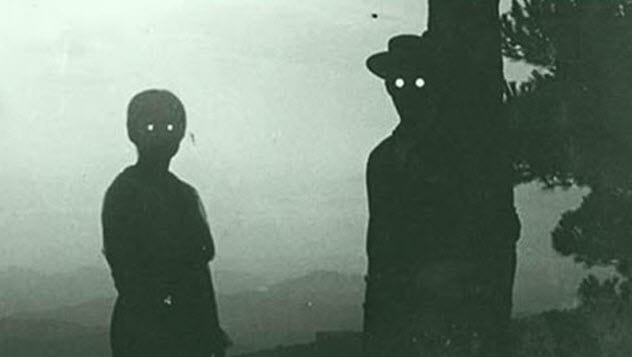 The Dark Watchers are said to roam and appear to people in the Santa Lucia Mountains in California. Although they do not try to harm those who see them, sightings of these strange and visually ominous beings continue today.

They have been reported in the mountain range for hundreds of years by European settlers and Native American tribes who lived in the area. In modern times, the Dark Watchers are frequently reported by mountain hikers.

According to legend, the Watchers will probably not reveal themselves if you are carrying a weapon. If they do appear before you, any attempt to approach them will result in them disappearing again.[11]

Read more about bizarre folklore monsters on 10 Bloodsucking Monsters From World Folklore and 10 Japanese Monsters That Will Kill You.