In our world, it’s very hard to predict what will happen in the next few years, months, days, hours, minutes, or even seconds. Obviously, if we don’t know what will happen, we can’t prepare for what is to come. However, for some people in perilous situations, preparation for worst-case scenarios would be getting ready like it is just another “normal” day.

You go through the usual morning routine. You eat breakfast, unless that isn’t your thing. You finish getting dressed, grab your belongings, say goodbye to whoever is in the house, and hit the road. Next thing you know, you’re coming home after a late night, and someone pulls out a gun and shoots you in the leg. Amazingly, something in your pocket stops the bullet. Wonder what that something could have been? Here are ten everyday accessories that have stopped or deflected bullets in past sticky situations. 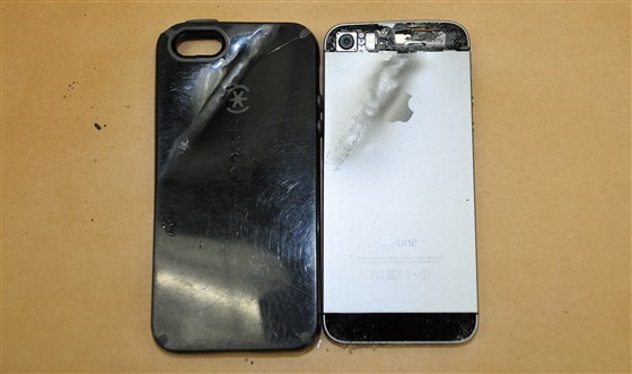 Nowadays, most people have cell phones in their everyday life, whether they need one for work, social media, or personal business. Phones have definitely proven themselves to be handy, especially in this situation.

In 2015, a 24-year-old student at California State University, Fresno, was the victim of a mugging outside the front door of his apartment. The CSU student was at the door around 11:00 PM on a Monday night when an unidentified assailant came up from behind.

The mugger pulled out a handgun and attempted to take the student’s computer bag. After a struggle, the gunman decided to shoot. The bullet hit the student’s leg. Luckily, it didn’t go further than the student’s pocket, which contained his iPhone. The device deflected the bullet.

The student still lost his computer bag and the contents inside, but he made it away completely unharmed thanks to Apple.[1] 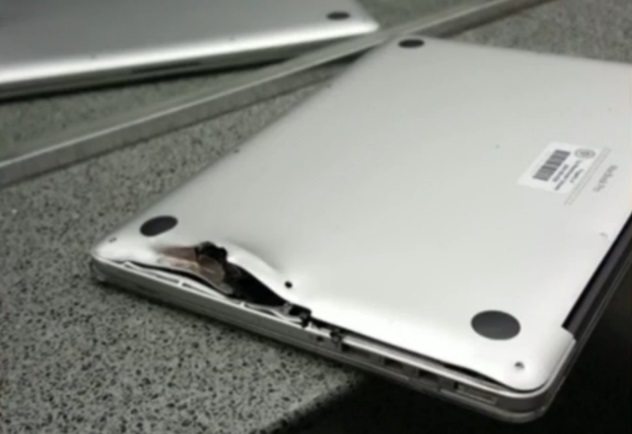 Laptops are essential for traveling businessmen and women. They’re also a great source of entertainment because they serve the same functions as a desktop. You can play games, surf the web, and stream just about anything. Steve Frappier, however, had a quite the different experience with his laptop in January 2017.

Frappier was caught in the Fort Lauderdale International Airport shooting. The shooter, Esteban Santiago, began to open fire in the baggage claim area of Terminal 2, where Frappier was located that afternoon. Frappier, along with the other victims, took cover during the chaos by lying on the ground.

As bullets continued to fly, one struck Frappier’s back. However, he fortunately had his backpack on. The bullet went through the backpack material and then proceeded to pierce the laptop that was inside one of the pockets. The bullet was later found inside his backpack, which is definitely a better alternative to where it could have gone.[2] 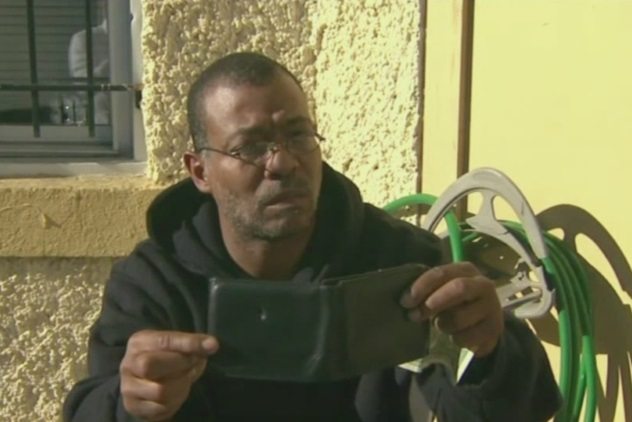 Money—something we need and want to keep protected. If you have cash, credit cards, debit cards, or even identification cards, a wallet is a great way to store currency and identification on your person. A wallet may keep your belongings safe, but it might keep you safe as well.

Brian Harris, a resident of Edgewood in Washington, DC, was home and outside drinking coffee around 8:30 PM on November 1, 2015. After a bit, Harris felt what seemed to be a punch to the stomach. Since no one was around, that couldn’t have been possible unless Harris had punched himself.

Only moments after he felt the punch-like impact, he heard about four or five gunshots that hit multiple vehicles in the surrounding area. Fearing that he was shot, Harris checked his body and found no blood or injuries. Harris was wearing a hoodie, so he checked inside his pocket, where the impact was felt.

In his pocket was his wallet, which contained various things, such as his work keycard, which ended up stopping a stray bullet. That alone gives us another reason why we should not leave home without our wallets.[3]

7 The Weave That Did More Than Expected 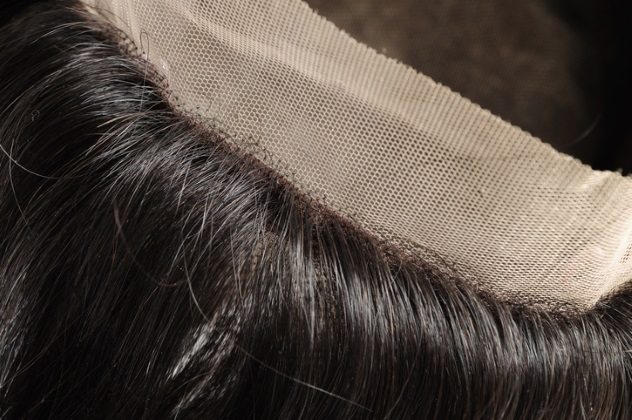 Hair is important to many people, and for an 18-year-old woman named Chantal Hammontree, hair ending up serving as a shield.

In July 2014, Hammontree was in Chicago’s East Chatham neighborhood sitting in a car when shots were fired. Bullets traveled through the vehicle’s back window and toward her head.

Head wounds caused by gunshots are often fatal. Luckily, Hammontree had her weave in, which may have contributed to her survival. According to her uncle, Randy Berry, “[Doctors] assumed that when the bullet kind of went in, it bounced out because she had the weave in her hair.”

According to NBC Chicago, doctors have not confirmed that the weave is why the bullet was repelled, however it is hard to not assume it played a major a role in preventing further injury.[4] Hammontree still had to go to the hospital, but she was expected to survive.

Iraqi journalist Ammar Alwaely was with the rest of his crew filming when a bullet made its way toward him in 2017. The round was fired by a sniper who was seemingly trying to target the journalist.

Alwaely had a GoPro attached to his vest, which ended up being his savior. The bullet hit the GoPro head-on, which stopped it from killing Alwaely. The rest of the crew was shocked, but thankfully, nobody walked away with major injuries.[5] 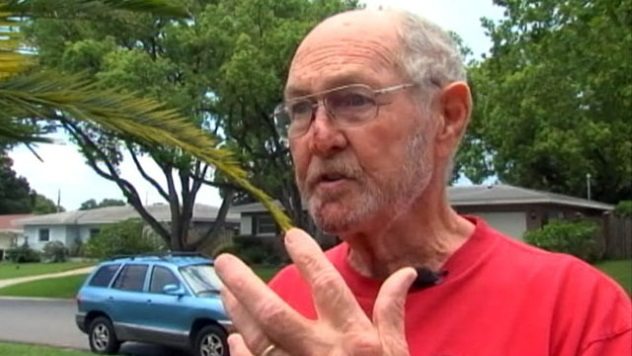 Many things fall from the sky, but it’s not often that whatever is falling hits you in the face. Richard Smeraldo, 74 years old at the time, survived the impact of a falling bullet in 2012, thanks to his silver medallion.

On the night of July 4, Smeraldo had gone with his family to watch the fireworks at Safety Harbor Spa and Marina in Florida. About half an hour into the show, as the grand finale was approaching, Smeraldo decided to tilt his head upward as most of us would to see more of the fireworks. Just moments after he tilted his head, he said that he “felt like [he] was hit with a big rock that smashed [him] in the nose.”

4 This Pocket Lighter Is A Fighter 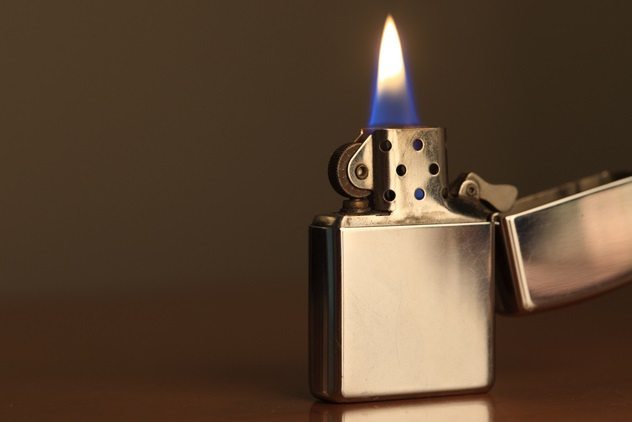 A wide variety of people come out on Halloween night, especially when you’re anywhere near New York City. For one Long Islander, the people he ran into were more than just trick-or-treaters.

A 22-year-old man was attempting to escape robbers on Halloween night when they started to fire their weapons. For most of us, that is just a little too scary, even on Halloween. The man was shot in the right leg, where his lighter was located. After he was hit, no other bullets came into contact with his body.

Actually, not even the one touched his body. The lighter deterred the bullet and only left a small bruise on his leg. Detective Lieutenant Raymond Cote of the Nassau County Police even said, “This is the one time smoking is beneficial, because we’re today just talking about a minor injury when it could’ve been much more serious.”[7] 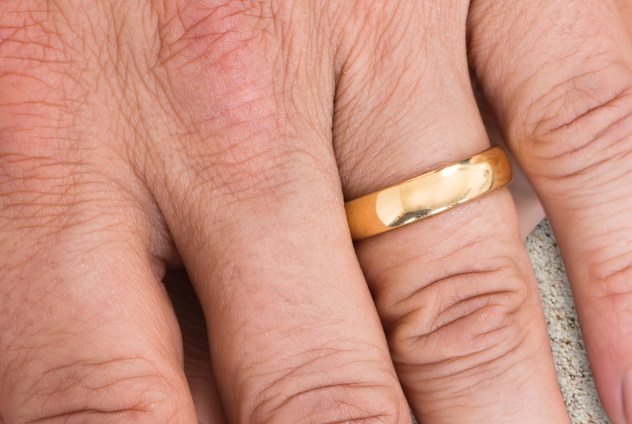 When you own a store, much joy can come out of it. On the other hand, there are bad events that can take place in a matter of seconds.

Donnie Register is a store owner in Jackson, Mississippi. In 1996, Donnie and his wife, Darlene, opened up a shop named The Antique Market. What started off as two men entering the shop to see a coin collection turned into a very unexpected robbery in 2007.

After Donnie returned with the coin collection they asked for, one of the two men pulled out a gun in search of money. During the commotion, a shot was fired. Donnie reflexively threw his hand up, and the wedding ring on his finger deflected the bullet.

According to Darlene Register, “The bullet managed to go through two of his fingers without severing the bone.” She also stated that “a part of the bullet broke off and is in his middle finger. The other part is in his neck, lodged in the muscle tissue. But it’s not life-threatening.”[8] 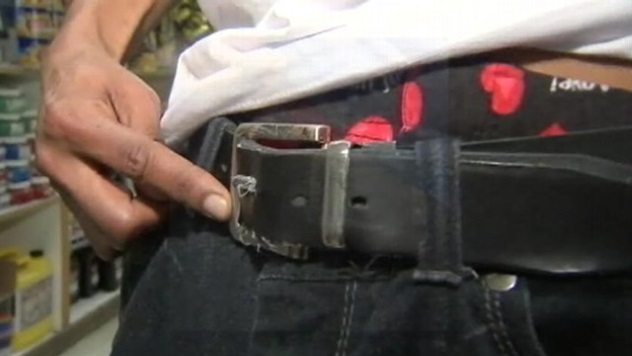 The man, who worked in a store, was caught completely off guard when shots were fired from the street outside. He and many other bystanders were quick to take cover in the safest place possible.

The shots that were fired came from a single person riding a bike outside the store. There is no information as to whether or not it was a targeted attack, but the worker was hit. He didn’t realize it at first but when he looked down at his torso, he saw a hole in his shirt. After lifting up his shirt to check where the bullet had gone, he found it lodged in his belt buckle. Surprisingly, the material was strong enough to stop the bullet, and the worker walked away completely unharmed.[9] 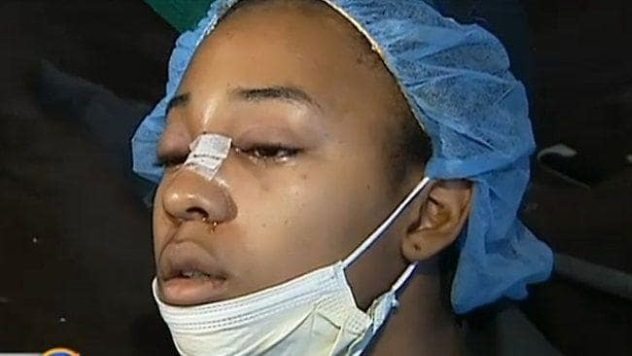 It’s not much fun falling asleep with glasses on, but sometimes, it is nice waking up to 20/20 vision. For Alonza Bryant, if she hadn’t fallen asleep with her glasses on, she could have been in a life-threatening situation in 2013.

Bryant, a 16-year-old girl, fell asleep at home on her couch one day. Outside the house, shots were fired. Bryant would have been lost to a shooting, but her glasses prevented the bullet from causing a fatal injury.

If it was not for the bridge of Bryant’s glasses, the bullet would have made full contact with her head. The gunshots came from a car outside Bryant’s home, and it was believed that the incident was gang-related, though the family has no gang relations. Thankfully, she is still here today.[10]

My name is Tyler, I’m currently taking a break from college to find my true career interest, and I thought it’d be interesting to give writing a shot. I find it nice to try things I don’t normally do, so here I am!