The International Space Station (ISS) is a multinational space station owned, built, and run by the United States, Canada, Japan, Russia, and several European countries operating under the European Space Agency (ESA). Its groundwork was laid in 1984, when President Reagan demanded that NASA build a space station in ten years. In 1998, Russia launched the first module of the ISS.

Since then, other countries, including Russia, have added their own modules, and the station continued to grow. Today, the International Space Station is a 460-ton facility about the size of a football field.[1] Here are ten interesting facts you did not know about it. 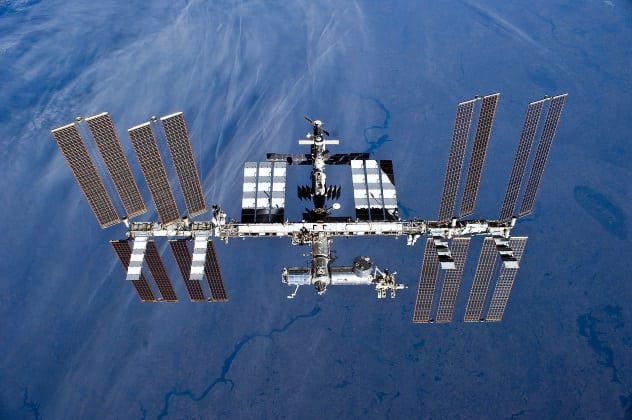 Unlike what many of us think, there is gravity in space. The International Space Station is between 200 and 250 miles above the Earth, where gravity is about 90 percent as strong as on Earth. This is enough to send the ISS crashing into the planet. So why isn’t it falling?

9 The Sun Rises Every 90 Minutes 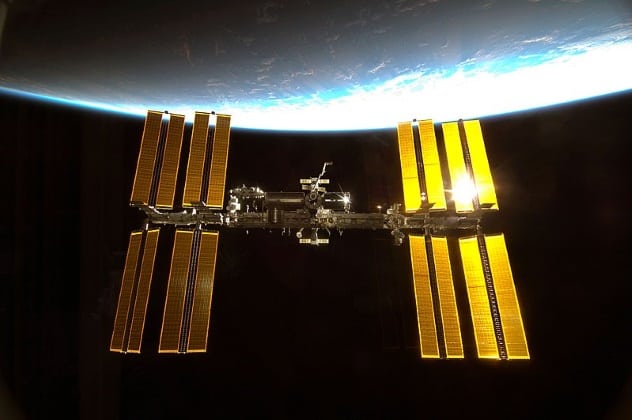 Interestingly, astronauts on board the ISS do not experience dawn or dusk. However, they can clearly see the terminator—the line that separates the light and dark portions of the Earth at any time. On Earth, people along the line will be experiencing dawn or dusk at that moment.[3] 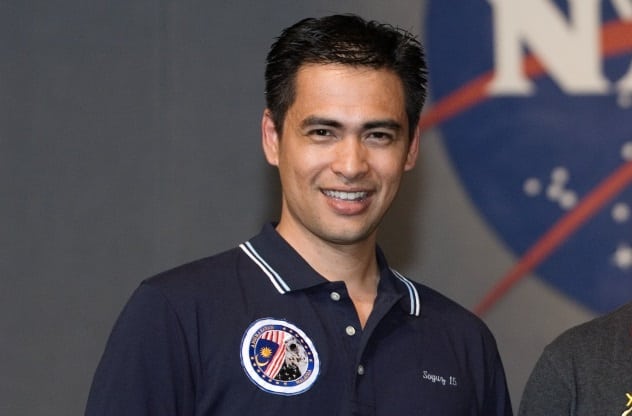 Sheikh Muszaphar Shukor was the first Malaysian astronaut. On October 10, 2007, he left Earth for a nine-day mission to the ISS. However, he and his country encountered some unusual problems before he left. Shukor is a Muslim, which means he needs to pray five times a day, as required in Islam. Also, the trip happened during the month of Ramadan, when Muslims are expected to fast.

Remember we mentioned that the ISS experiences sunrise and sunset every 90 minutes? This meant Shukor would have problems determining when to pray, since prayer time in Islam is determined by the position of the Sun in the sky. Muslims also need to face the Kaaba in Mecca when praying. On the ISS, the direction of the Kaaba and Mecca would be changing every second. In fact, during the course of a prayer, Shukor could go from facing the Kaaba to being parallel with it.

Angkasa, Malaysia’s equivalent of NASA, assembled 150 Islamic clerics and scientists to find a solution to this problem. The assembly agreed that Shukor should start his prayer facing the Kabaa and disregard any changes thereafter. If he could not determine the position of the Kaaba, he should face any direction he thought the Kaaba was. If that proved difficult, he should just face the Earth or do anything he thought was necessary.[4]

Additionally, the assembly agreed it was not necessary that Shukor kneel during prayers if weightlessness on the ISS made it difficult for him to do so. It was also not necessary that he perform ablution with water. He could just wipe his body with a wet towel. He could also reduce his prayers to three instead of five. It was also concluded that Shukor didn’t need to fast, since Islam exempts travelers from fasting. 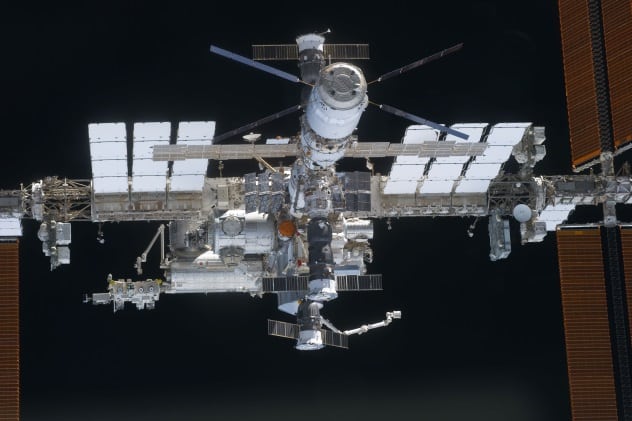 As we mentioned earlier, the International Space Station is not owned by a single nation. It is owned and was built by the United States, Canada, Japan, Russia, and several European countries. Each country, or group of countries in the case of the European Space Agency, owns certain sections of the ISS along with the modules they sent there.

This reared its ugly head in 2014, after the US imposed several sanctions on Russia and severed relationships with certain Russian agencies. One agency was Roscosmos, Russia’s equivalent of NASA. However, there is a problem here.

NASA no longer launches space shuttles and depends on Roscosmos to get its astronauts to the ISS. If Roscosmos pulls out of the deal or refuses to send or retrieve US astronauts from the ISS, NASA and the US would be in an embarrassing fix. In fact, after NASA severed its relationship with Roscosmos, Dmitry Rogozin, a deputy prime minister of Russia, tweeted that the US should start sending its astronauts to the ISS with trampolines.[5] 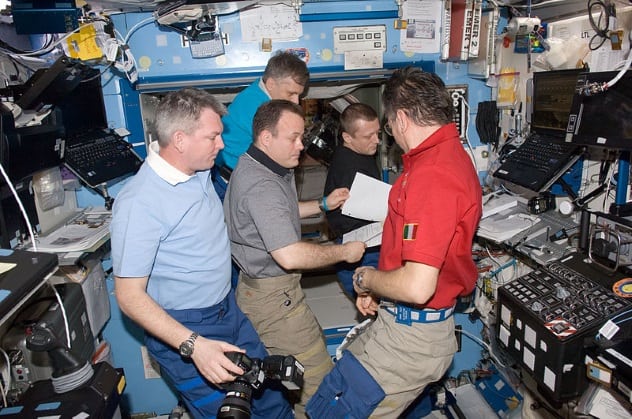 There is no washing machine on board the ISS. Even if there was, astronauts do not have excess water for laundry. One option could be for astronauts to travel to the ISS with enough clothes to last them for their mission without the need for laundry, but that is not necessarily the case.

It costs $5,000–10,000 to get a pound of cargo to the ISS, and no one wants to spend that much just to get clothes there. Astronauts cannot bring their dirty laundry back to Earth, either, since there isn’t enough space in their shuttle. So they essentially burn their used clothes.

At this point, we need to understand that astronauts do not need a daily change of clothes as we do here on Earth. Aside from all the exercise they have to do, astronauts don’t have to exert themselves much in the microgravity environment. The temperature and humidity of the ISS are controlled, too. This allows them to wear the same clothes for up to four days before they even bother to change.

Russia periodically launches unmanned spacecraft to deliver supplies to the ISS. These spacecraft can only make one-way trips to the ISS and cannot return back to Earth (in one piece). Once they dock on the ISS, astronauts unload the supplies and fill the spacecraft with trash and dirty clothes before it is undocked to fall back to Earth. The spacecraft and everything within burns up in the skies above the Pacific ocean.[6] 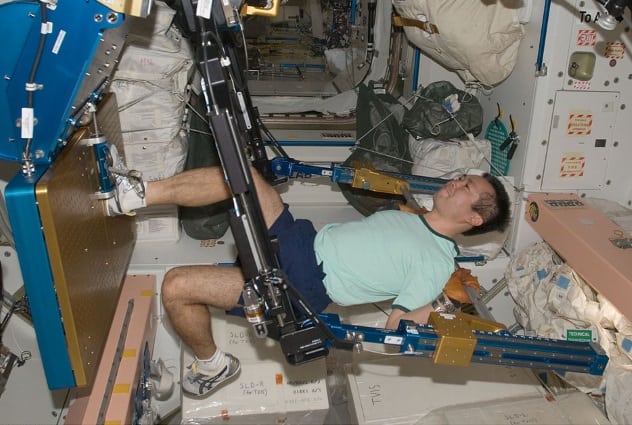 Astronauts almost always lose bone and muscle mass on every space trip. With every month they spend in space, they lose about two percent of the minerals in their limb bones. This doesn’t sound like much, but it quickly adds up. A typical mission to the ISS could take six months, which is enough for some astronauts to lose one fourth of the bone mass in some parts of their skeletons.[7]

Space agencies try countering this loss by requiring astronauts to exercise for about two hours daily. Despite this, they still lose bone and muscle mass. And since almost every astronaut who goes to space regularly exercises, space agencies do not have control groups to determine the effectiveness of these exercises.

The exercise equipment is not the same as the stuff we use here on Earth. The differences in gravity mean that astronauts always need specially made equipment.

4 The Toilet Astronauts Use Is Dependent On Their Nationality 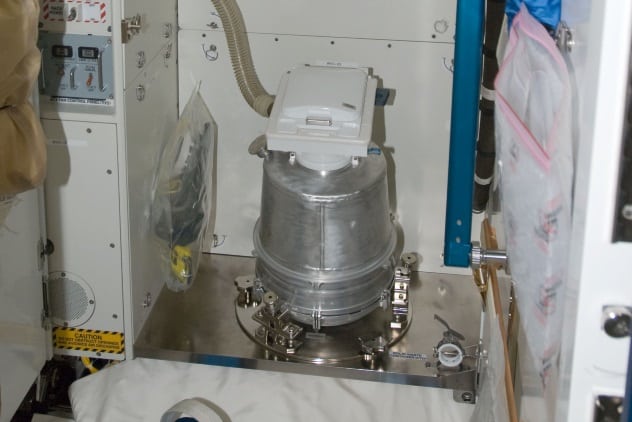 In the early years of the International Space Station, astronauts and cosmonauts shared equipment, facilities, food, and even toilets. This started to change around 2003, after Russia started requiring other nations to pay for their astronauts’ use of Russian equipment and facilities. The affected nations started billing Russia for their hardware used by the Russians.

Things became more complicated in 2005, when Russia started charging NASA to transport US astronauts to the ISS. In return, the US banned cosmonauts from using US facilities and equipment, including toilets.[8] Patriotism is of utmost importance here. Be proud of your nation’s toilet. 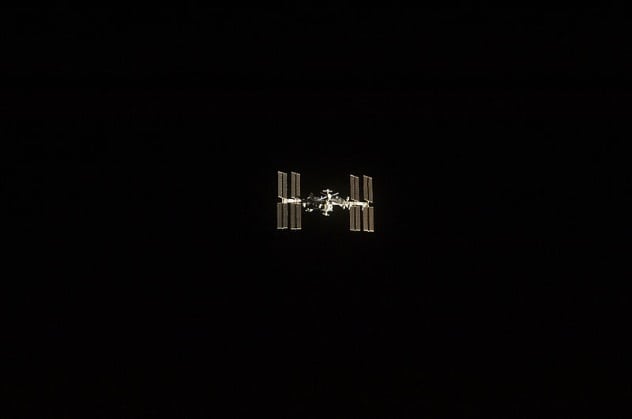 As we already mentioned, the US needs Russia to get astronauts to the ISS. In 2014, Dmitry Rogozin hinted that Russia intends to expend the money and resources it spent on its space program on other projects starting in 2020.[8] This is even though the US wanted to continue sending astronauts to the ISS until 2024.

If Russia really does reduce or even suspend its space program by 2020, it could limit or even stop US astronauts from accessing the ISS. Rogozin added that Russia could go to the ISS without the US, but the US could not go without Russia.

NASA is already working with commercial space companies to transport and retrieve US astronauts from the ISS should Russia do anything funny. In the meantime, NASA could also get that trampoline Dmitry mentioned.

2 There Are Weapons On Board 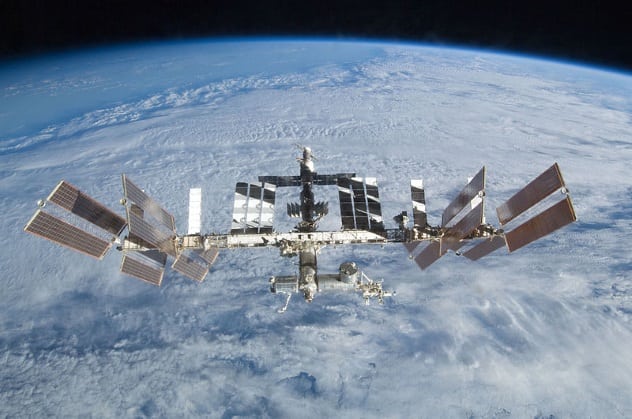 There are typically one or two guns on the ISS. They belong to the cosmonauts but are kept in a survival kit that is accessible to everyone. Each gun has three barrels and is capable of shooting flares, rifle rounds, or shotgun rounds. They also feature fold-out devices that can double as shovels or a machetes.

It is unclear why cosmonauts keep this multipurpose gun on board the ISS. However, we know that in 1965, some cosmonauts returning from space ended up beset by aggressive bears that apparently just wanted a taste of space-baked humans. The weapon could be intended for such purposes.[9] Or it could be intended for unwelcome aliens that attack the ISS. 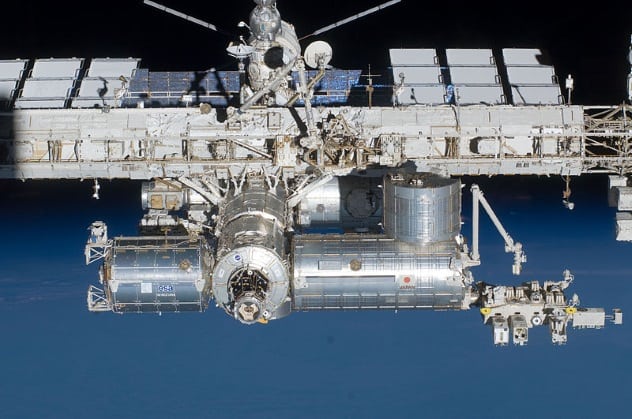 According to Time, this is a bad idea. The US government needs to understand that banning China from the ISS or stopping any collaboration between the US and Chinese space programs will not stop China from continuing its own space program. China has sent astronauts to space and a robot to the Moon. It also has plans for a new space station of its own. China is even planning on sending a rover to Mars.

Read more about humanity in space on 10 Fascinating Things That Happen To The Human Body In Space and 10 Astronaut Health Risks That Threaten Deep Space Missions.