Just in case you weren’t able to stay up-to-date with everything that’s happened recently, you’ve come to the right place. Click here to catch up on some recent and important goings-on in the world. In this list, we focus more on uncanny stories.

10 What Crashed Into Uranus? 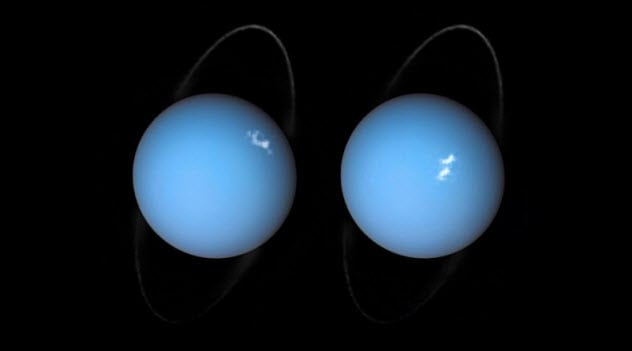 According to a new paper published in the Astrophysical Journal, a massive object smashed into Uranus billions of years ago and caused many of the peculiar characteristics that the ice giant still has today.

Uniquely among the planets in our solar system, Uranus spins on its side at a 98-degree angle relative to its orbital plane. Its axis of rotation is almost at right angles to those of all the other planets. Paper lead author Jacob Kegerreis, a researcher at Durham University, believes this is due to a “cataclysmic” collision about four billion years ago which permanently changed the evolution of the planet.

His team ran simulations to see what kind of collision could explain all of Uranus’s quirks. In addition to its odd rotation, the ice giant doesn’t seem to discharge more heat than it gets from the Sun and it has a warped magnetic field.

Researchers believe Uranus was hit by an impactor one to three times the mass of Earth.[1] It would have been a grazing blow that knocked Uranus on its side. The impact would have jettisoned enough debris into space to form the planet’s rings and moons and left enough material in Uranus to trap some of the heat inside. 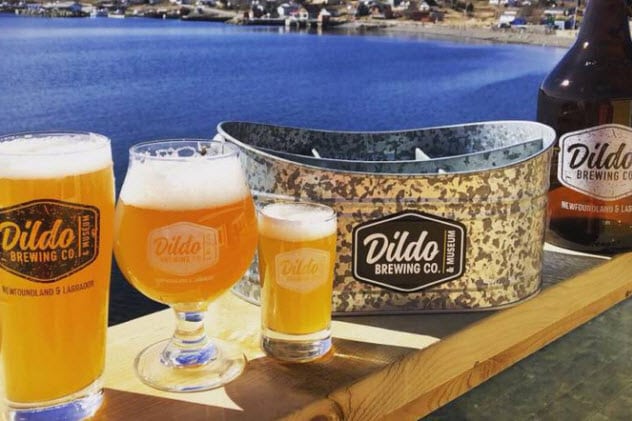 A new brewery opened in Canada on July 1. On its own, this isn’t particularly notable, but the brewery was named after the town it is located in—Dildo. 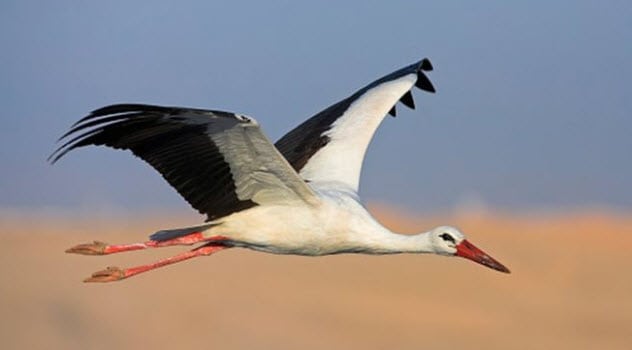 A Polish environmental charity was stuck with a phone bill of thousands of dollars after losing a GPS tracker placed on a stork. The tracker was subsequently found by a person who removed the SIM card, put it in his own phone, and made over 20 hours worth of phone calls.

Tagging animals is standard practice by environmentalists. It provides invaluable research about the migratory patterns and population numbers of various species. The EcoLogic Group in Poland did this to a white stork last year.

At first, everything went smoothly. The bird flew to North Africa, and the tracker stayed on for over 6,000 kilometers (3,700 mi) before losing contact somewhere in Sudan. Whether the tracker fell off or someone removed it from the bird is impossible to say.

Whoever took possession of the GPS device knew that it contained a SIM card which could be removed and used in cell phones. The person then proceeded to rack up a hefty bill worth $2,700.[3] 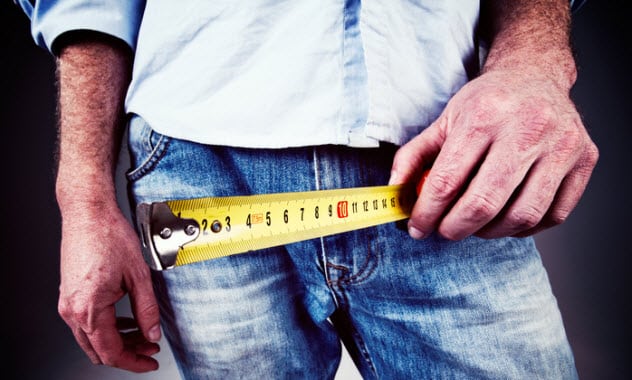 In June, Professor Alicia Walker from Missouri State University garnered attention when she detailed plans for her study of a possible correlation between penis size and self-esteem. More notably, she announced that she would be seeking men to submit pictures of their genitals over the Internet. Now, the researcher has called off her project after an overwhelming public reaction which compromised the reliability of the study.

Walker wanted around 3,600 penis photos.[4] To take part, men had to fill out an online survey, measure their manhood, and send in the picture as proof. A chat with the professor was optional.

The response to Walker’s study was enthusiastic. She said she received hundreds of emails each day from men looking to participate. The sheer number of phone interviews made it harder and harder for Walker to obtain useful data from each one.

She also had to disregard numerous entries by men who either gave joke answers or submitted gag pictures of their penises. SpongeBob SquarePants cartoons were a popular choice. Furthermore, the search didn’t yield a diverse enough sample as most men willing to send in penis pics tended to be on the gifted side. Professor Walker might retry the study at a later date, but for now, it’s on ice.

6 Wasting Away In Margaritaville 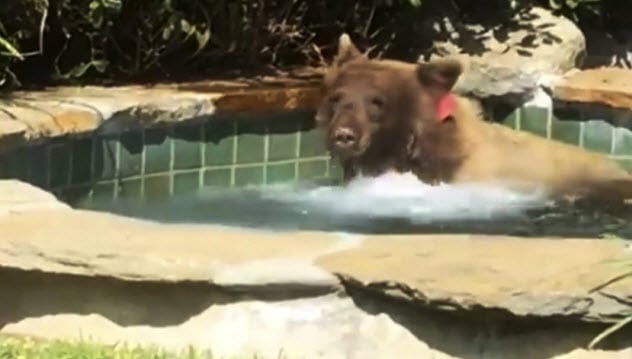 It was a hot Friday afternoon, and California resident Mark Hough wanted to take a relaxing dip in his hot tub and enjoy a refreshing margarita. Plans changed when he got an unexpected visit from a bear that made its way into his backyard, perhaps looking for a place to cool off. Left with little recourse, Hough went inside and proceeded to film the bear as it had a “grand old time” at Hough’s expense.[5]

First, the furry intruder splashed around in the Jacuzzi. He played with the thermometer and the chlorinator for a few minutes. When he’d had enough, the bear got out of the hot tub, knocked the margarita on the ground, and lapped up the cocktail.

He capped off the afternoon’s activities with a nap in an oak tree. Waking up refreshed, the bear climbed down the tree and ran down the street. That was the last that Hough saw of his ursine visitor. 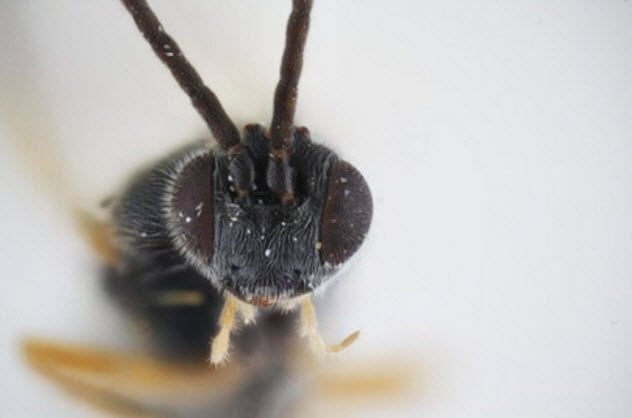 The chestburster scenes from the Alien franchise remain some of the most iconic and shocking images in cinema. Fortunately, nothing like that exists in real life, right? That’s not true anymore, thanks to the discovery of a new species of parasitic wasp whose life cycle resembles that of the movie monster.

At less than 0.5 centimeters (0.2 in) in length, the wasp is unlikely to pose a serious threat to humans. However, if you happen to be a moth caterpillar, then this might be one of the scariest predators on the planet.

The wasp has a really long ovipositor that it uses to inject her eggs into the host. The larvae hatch inside the caterpillar and slowly begin to eat it from the inside out.[6] When they grow large enough, they burst out of their hosts and metamorphose into adult wasps, ready to continue the cycle.

The insect was named Dolichogenidea xenomorph in honor of the fictional species in the movie Alien. Found in Australia, it is one of three newly documented species by researchers at the University of Adelaide. The wasp is part of a group called parasitoids—parasites that kill their hosts during their life cycles. 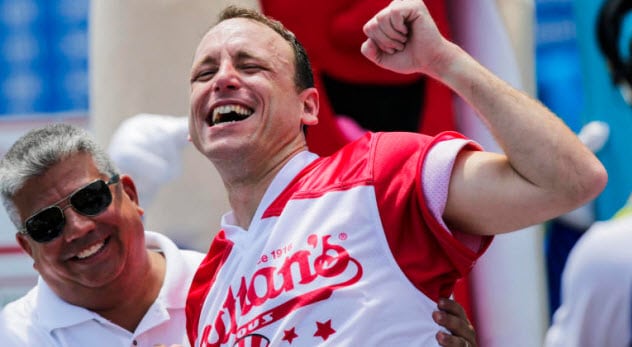 Inaugurated in 1916, this event takes place in Brooklyn every Fourth of July and it is one of the most successful shows under the Major League Eating (MLE) umbrella. Joey Chestnut won his first Nathan’s eating contest in 2007. Ever since, he has won them all, except for 2015 when he lost to Matt “Megatoad” Stonie. Chestnut has also broken the world record on the last three occasions he competed by eating 70, 72, and 74 HDB, respectively.

The event was not without controversy. Judges initially only counted 64 HDB for Chestnut but later realized that they had missed a whole plate. Either way, he still would have won the contest as the second-place finisher managed a “feeble” 45 hot dogs. For his victory, Chestnut took home a $10,000 prize and the MLE signature mustard-yellow championship belt. 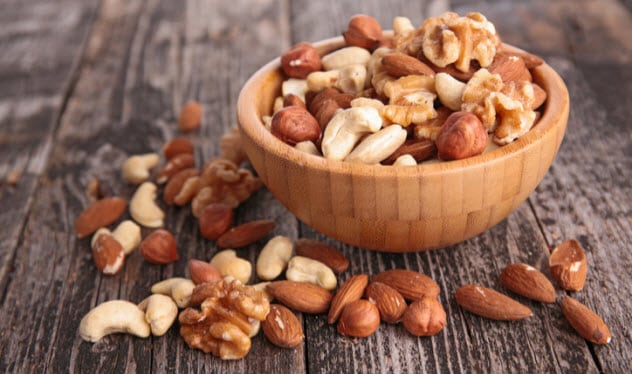 A recent study by the Rovira i Virgili University in Spain indicates that adding nuts to your diet could be a good way of improving the health of your semen.

According to the World Health Organization, four of the criteria used to judge the wellness of sperm are count, vitality, movement, and morphology. All four can benefit to various extents from eating nuts.

The experiment saw 119 healthy men between 18 and 35 years old divided into two groups. One maintained their regular diets while the other added 60 grams (2 oz) of nuts per day. The nutty group saw an increase in all four parameters, ranging from 1 percent for morphology to 14 percent for sperm count.[8]

This study comes at a time when sperm count is in decline in the Western world. Researchers ascribe this problem to pollution, smoking, and poor diets. One in seven couples has trouble getting pregnant, with male infertility being the problem in 40–50 percent of these cases.

Other scientists advise caution before everyone starts munching on nuts. The men in the study were all healthy with no history of infertility problems. The research also didn’t take into account other positive changes they could have made to improve their sperm health. It is too early to consider the results to be applicable to the wider population. 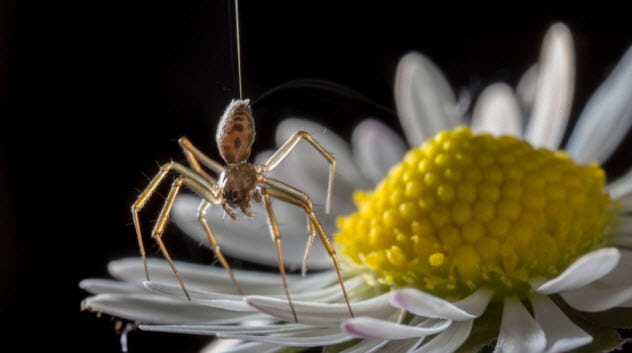 Over 180 years ago, Charles Darwin went on his iconic voyage aboard the HMS Beagle. He encountered many natural wonders that shaped his views on evolution. But one issue remained a mystery to him—where were all the spiders coming from?

He noticed hundreds of spiders flying and landing on the Beagle in the ocean, even on calm days. Then they would suddenly take off again as if propelled by some invisible force. Biologists from the University of Bristol believe they have the answer—electricity.

The phenomenon is called “ballooning.” Spiders climb to a high point, raise their abdomens in the air, unleash a few strands of silk, and take off. This technique can take them up to 1,600 kilometers (1,000 mi) out to sea. The prevalent theory said that the arachnids used their silks like sails and were carried off by the wind. However, scientists now claim that spiders are drawn up by the electrostatic charge in the atmosphere.

The idea was actually first proposed during Darwin’s time but gained no traction. It was recently resurrected by physicist Peter Gorham. Bristol biologists took it further by proving that spiders can detect electric fields using sensory hairs on their feet. Not only that, but they tiptoe and raise their abdomens in the air, behavior only observed before ballooning.[9]

This research doesn’t discount the idea that wind could still play a role because the same sensors could be used to determine wind speed and direction. However, it does show that electrostatic forces are capable on their own of allowing spiders to fly.

1 A Baby Picture That’s Out Of This World 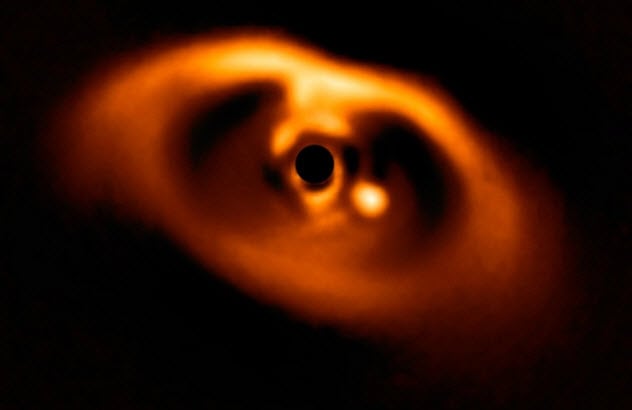 Our current theory of planetary formation just received some of its strongest evidence yet. For the first time ever, astronomers have taken a snapshot of a newborn planet being formed.

For years, the general consensus has been that planets are created from protoplanetary disks, which are disks of debris that orbit new stars. However, we had never directly observed the phenomenon until the evidence from a recent study was published by an international team (led by the Max Planck Institute for Astronomy) in Astronomy & Astrophysics.

The image was taken using the Spectro-Polarimetric High-contrast Exoplanet REsearch (SPHERE) instrument on the European Southern Observatory’s Very Large Telescope (VLT) in Chile. SPHERE’s key feature is a coronagraph which allows the telescope to block out the dazzling light from a star and see the much dimmer objects surrounding it.

The young exoplanet is orbiting a 10-million-year-old dwarf star called PDS 70, which is roughly 370 light-years from Earth. We named the baby PDS 70b.

A separate study estimates that the newborn is a gas giant several times the mass and diameter of Jupiter with a cloudy atmosphere and temperatures of 1,093 degrees Celsius (2,000 °F).[10] It orbits its star at 20 astronomical units, which is roughly the same distance between our Sun and Uranus.