If you were born a “freak” in the late 18th century to the mid-19th century, there were two most likely paths for you in life. Either you would be cast out of society, left to live a life of solitude, or you were lucky and interesting enough to join the world-famous Ringling Bros. and Barnum & Bailey Circus and earn a lot of money worldwide.

The following sideshow acts all had unusual oddities that caught the world’s attention, yet behind the scenes, they had heartbreaking backstories that the crowds would never have known. Audiences often forgot that there was a real person in front of them, with the same capacity to experience cruelty and heartbreak as you and I. Nobody said being plucked from a world of normality to become a household name would be easy, and their lives prove that point entirely. 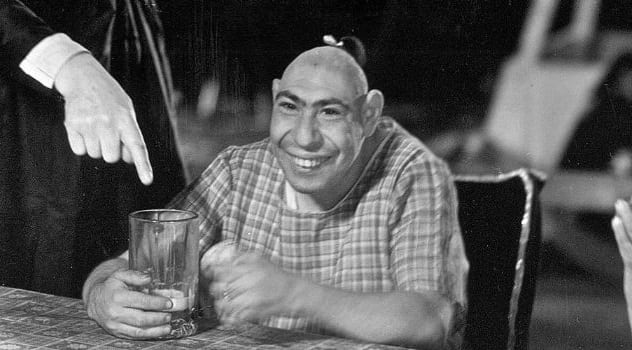 Born in 1901, Schlitzie never grew more than 122 centimeters (4′) or developed mentally past the age of a three-year-old. He was vulnerable from birth; there is no record of his real parents or his true birth name. A neurodevelopmental disorder known as microcephaly, which gives the appearance of an abnormally small skull, led to the moniker “Pinhead.” Unable to form full sentences, he was made to wear girls’ dresses during his tours with Ringling Bros and Barnum & Bailey.

After decades of performing, Schlitzie’s handlers passed away in the 1960s, and he was placed in a hospital alone, waiting to die. As a lover of singing, dancing, and performing for the public, this was a deeply unhappy time for Schlitzie. Luckily, another sideshow performer, a sword-swallower, saw him at the hospital and knew Schlitze needed to be back in the public eye. Finally, he was released from the hospital and able to perform until his death in 1971, aged 70 years old.[1] 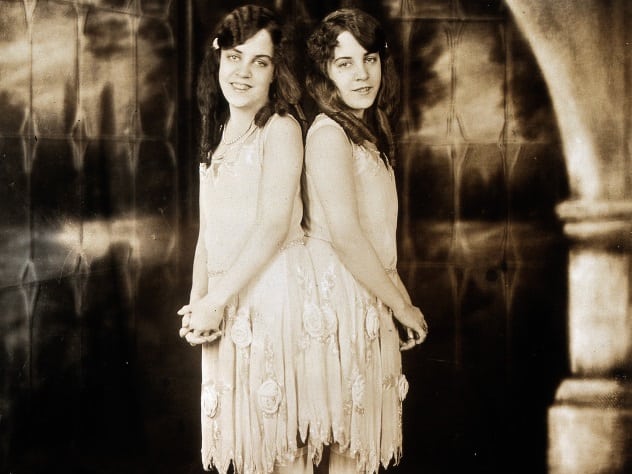 British entertainers Daisy and Violet Hilton were performing conjoined twins until their deaths in 1969. Their obituary read, “They led a hummingbird’s life. Color and glitter, and always on the move. For a time, they knew glamor and wealth. But both preceded them in death.”[2] However, the reality of their earlier life was a complete contrast to their later glamorous lifestyle.

They first toured Britain aged just three years old, and following the death of their primary caregiver, Mary Hilton, they were handed over to Mary’s daughter Edith Meyers and her husband. The twins were badly beaten if they didn’t do as their new management demanded, and despite being popular with the public, they never saw a penny of their earnings. Finally, the girls were able to gain freedom from their contracts and they sued their former management for $100,000 in damages. They spent the other half of their life touring in burlesque shows, eventually dying by each other’s side only four days apart aged 60 years old. 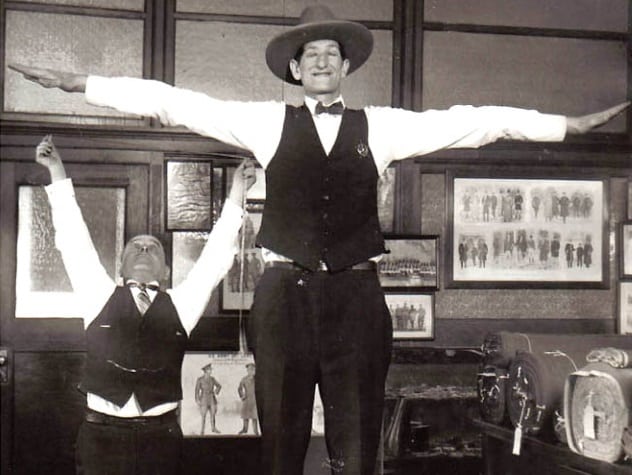 Unbelievably, Jack Earle, who stood 260 centimeters (8’6″) tall at the time of his death, had weighed only 1.8 kilograms (4 lb) at birth. Doctors feared he would not live and could never have guessed that he would become one of the tallest men in the world. Born Jacob Elrich, he was a small child until his seventh birthday, when he began a growth spurt, and by the age of ten, he was over 183 centimeters (6′) tall due to acromegalic gigantism.

His height was so intimidating that Earle would hide in alleys on his way to school so that if anyone crossed his path, they wouldn’t feel startled. Earle’s psychologist nephew wrote a book about his uncle’s life as a giant, and Earle told him, “Having to dodge rocks that were thrown at me when I was a kid would become all too common.” Eventually, he was discovered by Hollywood and offered many acting roles in short comedy movies, turning a one-year contract into 14. In 1952, Earle died in El Paso, Texas, aged 46 years old.[3] 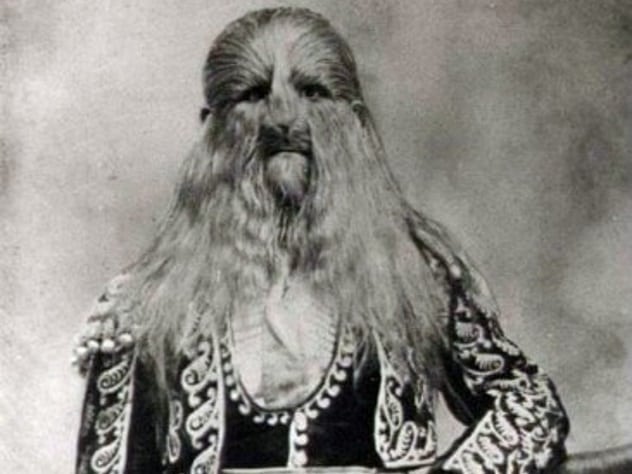 Stephan Bibrowski was better-known as his stage name “Lionel the Lion-faced Man.” Born in 1890 in Poland, he was unusually covered in 2.5-centimeter-long (1 in) hair over his entire body. His mother claimed that Bibrowski’s father was mauled by a lion, and this had an effect on her newborn son. This is an example of what is now labeled as maternal impression, where a mother might believe her child is “marked” by something witnessed during pregnancy. She considered her son an abomination and gave him up at just four years old.

Bibrowski spent the majority of his life on tour appearing with the Ringling Bros. and Barnum & Bailey Circus, and he became a regular attraction at Coney Island. Only his palms and the soles of his feet were hairless, whereas the rest of his body was covered in hair between 10 and 20 centimeters (4–8 in) long. He finally retired from a career as a public performer in his early thirties, moving back to Germany and passing away in 1932.[4] 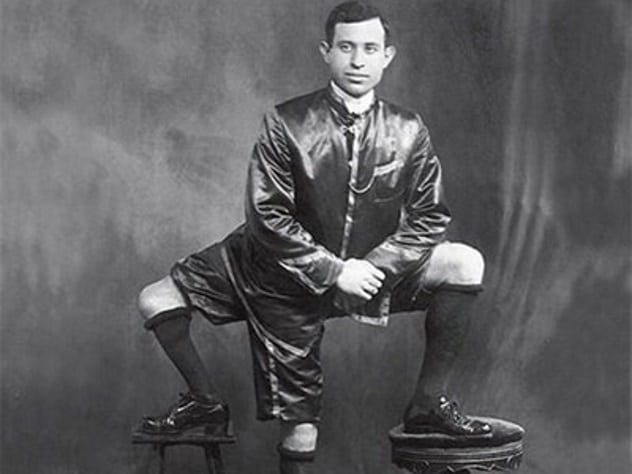 Frank “The Three-Legged Wonder” Lentini was never able to forget the twin he had shared the womb with, as he was born with abnormalities serving as a permanent reminder. He had a third leg, a second pelvic bone and set of male organs, and a tiny foot growing out from his knee. On the day of his birth in 1889, the midwife ran screaming from the delivery room at the sight of his extra limbs, which was far from a comforting welcome into the world.

During his younger years, he suffered from depression, as doctors would refuse to surgically remove the third leg, believing this would cause further complications. His parents tried to console him and took him to an institution for children with deformities. Here, Frank saw children who were in far worse conditions, and he said, “From that time to this, I’ve never complained. I think life is beautiful and I enjoy living it.”[5] For many years, Lentini toured with the Ringling Bros. and Barnum & Bailey Circus; he came so well-respected that his peers referred to him as “The King.” 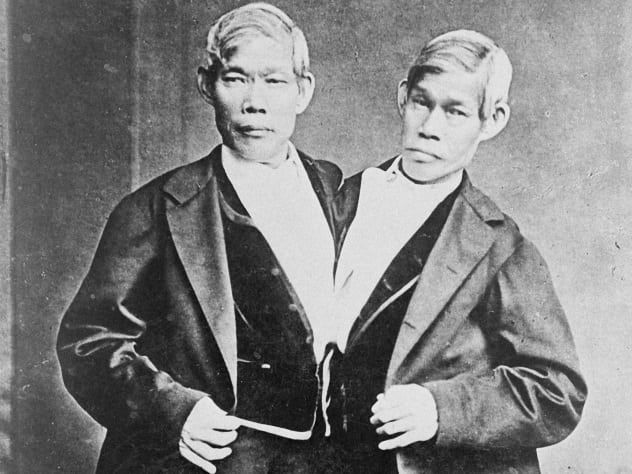 The origin of the phrase “Siamese twins” comes from conjoined twin brothers Chang and Eng Bunker—although they could have had a very different fate. Born in Siam in 1811, they were joined by a small piece of cartilage in the middle of their chest, and despite their livers being fused, they were independently complete. Had they been born in modern times, a simple operation would have allowed them to live completely normal lives.

During their younger years, a Scottish merchant paid their parents to take them on a world tour, and they were exhibited to the public. In 1870, Chang’s health began to decline, and he turned to drink heavily. Eng remained healthy, but when Chang developed severe bronchitis, he believed this was the end for the both of them. In 1874, Eng awoke to his brother lying dead beside him, and he cried out for an emergency operation to separate them. Three hours later, Eng, too, passed away. They were 62 years old.[6] 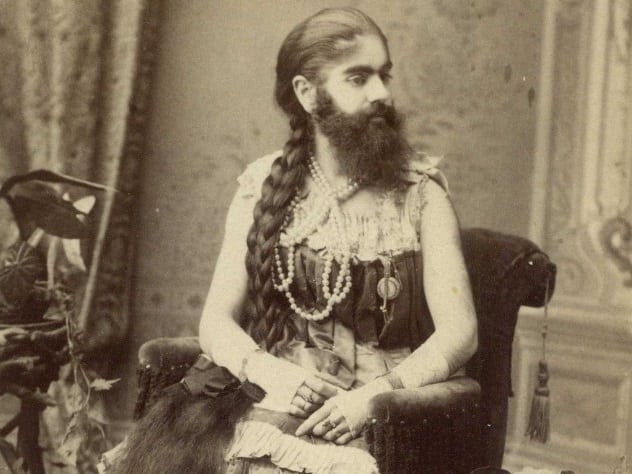 When Annie Jones was born in 1865, her appearance horrified her parents, as she had distinct, fine hair all over her chin. By the age of five years old, she had grown a full mustache and sideburns. Annie’s mother agreed that her daughter would appear in Ringling Bros. and Barnum & Bailey Circus, and they both moved to New York. Jones was exhibited as “The Infant Esau,” which means “The Infant Hairy” in Hebrew.

However, there was an emergency when a young Jones was kidnapped by a local phrenologist who wanted to keep her for private exhibits. Annie was later found being exhibited at a church fair in Upstate New York, and she was soon reunited with her mother.[7] Tragically, Annie fell ill and passed away aged just 37 years old. 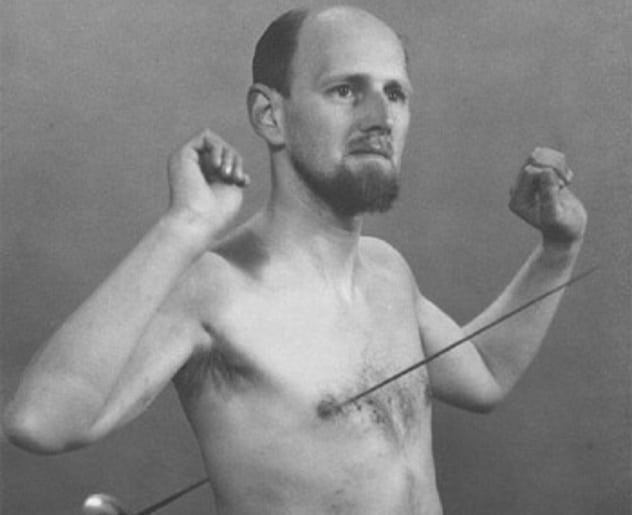 Photo credit: Eye of the Psychic

Dutch-born Mirin Dajo is a human phenomenon known as “The Invulnerable Man,” as objects could pierce his body with seemingly no effect. Dajo led a normal life until he began to experience strange paranormal dreams. By the age of 33, he’d declared his body was “invulnerable” and quit his steady job at a design firm. He then began touring around bars, allowing people to pierce his torso with sharp objects in exchange for cash. He was also known for swallowing glass and razor blades.

Dajo was left haunted by his own capabilities, yet he believed he was chosen by God to show there is a higher force and prove that people should be less materialistic.[8] In 1948, he took his firm beliefs too far and swallowed a large steel needle to prove his divinity. The sharp tool had to be surgically removed. Ten days later, he died of an aortic rupture at age 35. 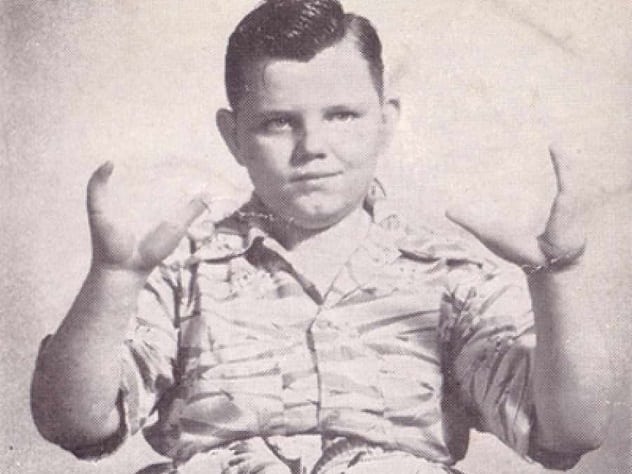 Grady Stiles Jr. was deformed by ectrodactyly, a birth defect that meant his fingers and toes were fused together, creating a “lobster-like” effect. He later went on to perform under the stage name “Lobster Boy.” Stiles used a wheelchair and gained incredible upper-body strength. Unfortunately for his family and others around him, he became an alcoholic. Teamed with a nasty temper, this made him unpleasant to be around—to say the least.

In 1978, Stiles took things too far; he shot and killed the fiance of his oldest daughter. Stiles confessed to the gruesome murder, yet he only received 15 years’ probation, as no prison was capable of looking after an inmate with ectrodactyly.[9] In 1992, clearly tired of his abusive nature, his wife, Mary Teresa, hired a 17-year-old sideshow performer to kill Stiles. In 1993, he was gunned down in cold blood by the teenage assassin. 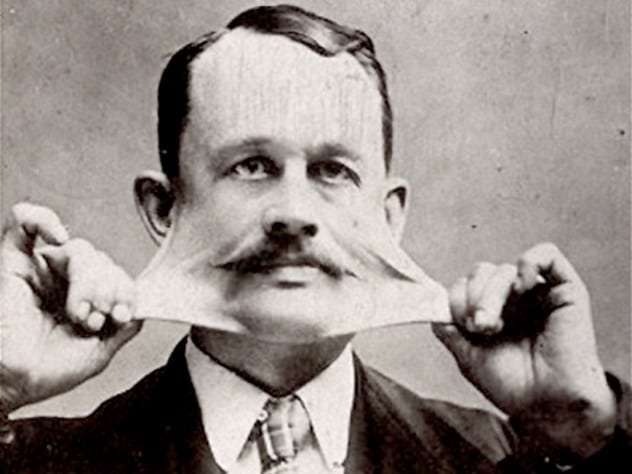 James Morris was known as “The Rubber Man” due to his condition, Ehlers-Danlos syndrome (EDS). Born in 1859, he often used his ability to stretch his own skin up to 46 centimeters (18 in) from his body without any pain to amuse those around him. He was hired by many circuses and toured with Ringling Bros. and Barnum & Bailey Circus. After years of performing as The Rubber Man, his skin would have no doubt begun to form welts and scars, something that can occur easily in those with EDS.

Morris eventually took a second job as a barber and turned to drinking and gambling to cope with his dwindling fame.[10] By the turn of the 20th century, Morris had dropped off the radar, and it’s unknown how long he lived, but many EDS patients develop life-threatening complications by the age of 40, so his outlook might not have been good.

Cheish Merryweather is a true crime fan and an oddities fanatic. She can either be found at house parties telling everyone Charles Manson was only 5’2″ or at home reading true crime magazines.
Twitter: @thecheish