In this beautiful world we inhabit, how easy it is to carry on about our seemingly peaceful, simple lives, completely and entirely oblivious to so much going on around us, good or bad. So many people, so many things, and, most of all, so many events all around us remain completely hidden from our knowledge. Do we turn a blind eye to these things, especially when they’re dark, macabre, and depraved? Do we question our ability to handle them? How do killers and other monsters get away with their hideous and brutal crimes for so long?

In case you were wondering, no, this is not just another serial killer article; this is possibly even more sinister and evil than any of the serial killers I’ve done—I’ll let you be the judge. Peter Frederiksen committed crimes that strike almost everyone as utterly unthinkable, especially considering the many other sexual assaults and violations of female bodily autonomy coming to light like we have today. Here are ten facts about Peter Frederiksen, the man who severed external genitalia from living women and kept them in his freezer. 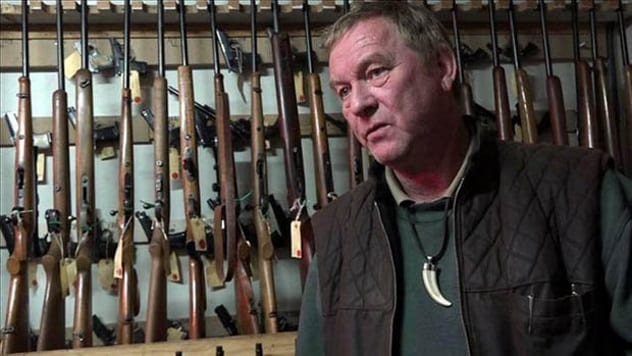 Peter Frederiksen was 63 years old when his crimes finally came to light in 2015, and his tale begins in Denmark, where he was born and would spend the first part of his life. Peter Frederiksen’s youth and early adulthood were nothing shy of strange, almost as bizarre as the tale that was about to unfold. We don’t know much about the man who would go on to commit such unthinkable, atrocious crimes, but we do know that he dabbled in what some would call the darker aspects of Western culture early on in life, namely witchcraft and Satanism.

Frederiksen traveled to the small, mountainous African nation of Lesotho in 2000 and stayed there for several years. In Lesotho, he would eventually meet the woman who would later become his wife and play a pivotal role in the man’s twisted story. Peter Frederiksen was convicted of weapons-related offenses in 2006 in his home country of Denmark, but he still managed to obtain all of the documentation he needed to run from the law, including proper identification to travel, and he ended up setting up shop in South Africa and calling it home. Peter, an avid gun collector, opened up a gun store in South Africa.[1] 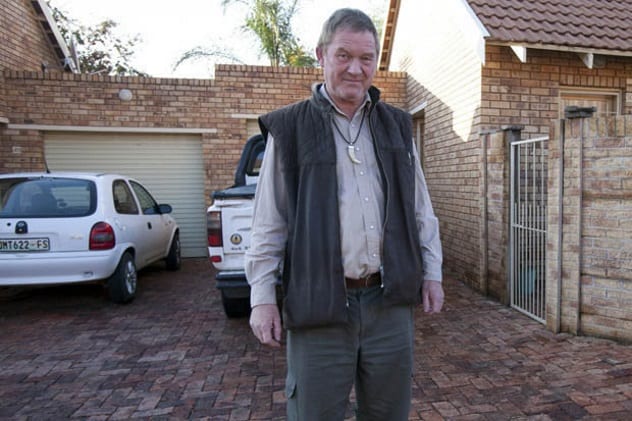 Much like Ariel Castro, the monster of Cleveland, Peter Frederiksen was depraved beyond what most of us can even fathom, as would later be brought to light at his trial. He actually married two women, one named Vivian in Denmark and Anna Matseliso Molise in Africa, which definitely gives us a bit of an insight into his mind, how he viewed women, and how unorthodox his lifestyle was up until his arrest. Anna was more than 30 years younger than Peter.

Frederiksen was also quite public about his views on female genital mutilation, even stating in an interview with Danish journalists that he was a pseudo-surgeon and had actually mutilated the genitals of women before. Peter was something of an advocate of the practice, possibly for clandestine religious reasons, including Satanic rituals. Frederiksen told the Danish journalists that he practiced the procedure, not only on his wife but also on her friends.

Peter Frederiksen also claimed that he had actually been taught by a doctor in Denmark who went by the nickname “Dr. Penis.”[2] That man was named Jorn Ege, and he specialized specifically in penis enlargement surgery, hence the name. He also, apparently, showed Peter Frederiksen the ropes when it came to the ins and outs of genital mutilation and surgery. 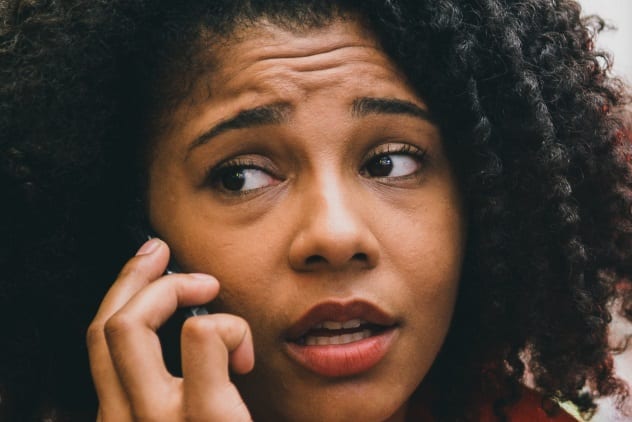 Peter Frederiksen was a relentless abuser, especially toward his wife. Records would show that his most brutal of crimes, forced genital mutilation, began in 2010 (some sources state 2004), and it’s known that his wife Anna placed a phone call to police to alert them of the man’s sick and twisted crimes in February 2014, but the police believed she was pulling a prank and didn’t take her seriously.

But it would be in September 2015 when the police would actually raise an eyebrow and begin to take Anna’s story a bit more seriously. Anna alleged that Frederiksen drugged her by lacing her champagne, knocking her out with a heavy sedative, and then proceeded to forcibly cut off her genitals.[3] When she awoke, the external parts of her vagina had been forcibly removed with surgical equipment against her will. Anna alleged that Peter had been hanging out with some pretty questionable Satanists and “witch doctors,” implying that his motive may have been bizarrely religious or spiritual in nature.

This was when the police decided to descend upon the house and conduct an investigation into the alleged crimes. Peter would ultimately be arrested. 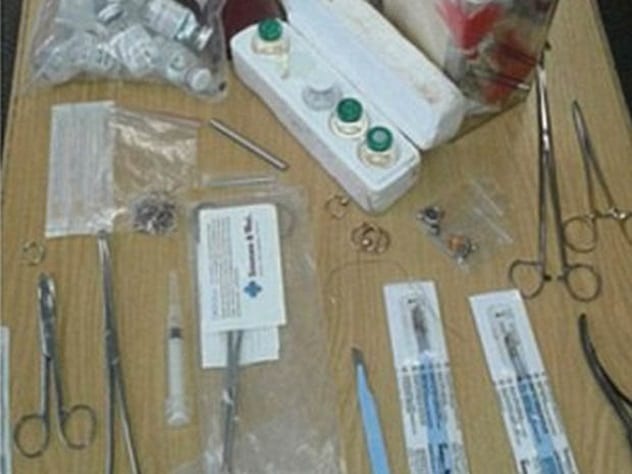 It should be noted here that, as far as we know, Peter Frederiksen never killed anyone, but he did commit a morally repugnant series of sexual assaults, preying upon women as he so chose, including his own wife. When police searched his home, they discovered an array of horrifying, nightmarish things that would later be brought to trial and used against him—things that further evidenced the depravity of his character. In his home, police found child pornography, surgical equipment, anesthesia, and illegal firearms. It was revealed, first by his wife’s account and then later by physical evidence, that Frederiksen would use the anesthesia to render his victims unconscious and totally helpless before using his surgical equipment to remove their genitalia.

Remember those records mentioned above which showed that he first began practicing forced genital mutilation in 2010? Yeah, well, those were his own records—Peter Frederiksen kept detailed accounts of each and every person whose genitals he’d cut off, neatly and in his own handwriting.[7] These records were kept in the form of a diary, much like many twisted serial killers have kept of their victims, only Frederiksen didn’t commit any murders. He did, however, have one entry titled “Pedophile Pig,” where he discussed his rape and abuse of a girl who was only nine years old when Frederiksen went to trial for his crimes. 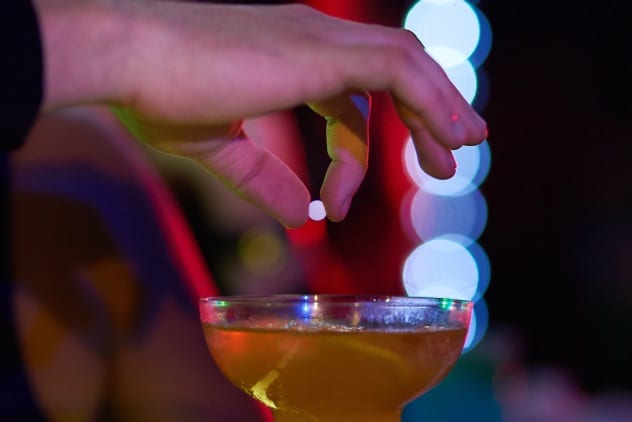 The fact remains that Peter Frederiksen drugged his wife and rendered her unconscious before forcibly removing her genitals. Police had a detailed list of his sexual crimes in the form of his diary, including mentions of pedophilic practices as well as sedating other women before removing their genitalia against their wishes. But how accurate was this diary? Very.

In a scene that was straight out of Jeffrey Dahmer’s apartment, police found 21 bags filled with female genitalia, 21 bags containing clitorises and other parts of vaginas. Each bag was carefully marked and organized. They found another two clitorises drying on hooks in the garage of the home.[5]

It quickly became apparent at this grim scene that the report made by Anna was no joke—this man had actually been sedating and cutting up women for several years. And this dark and macabre tale was just beginning to unfold for both investigators and the world. 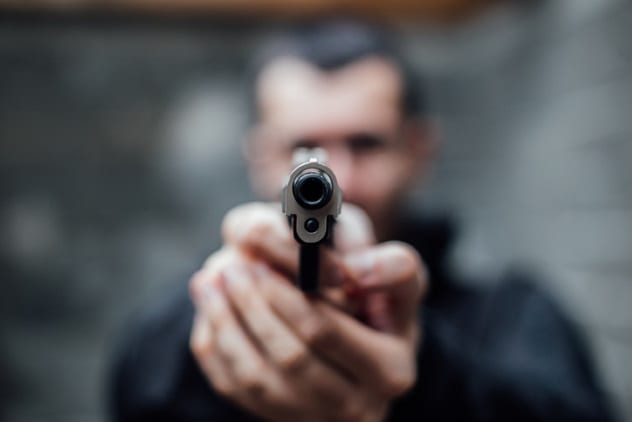 It was after Frederiksen was arrested that things would really ramp up. In October 2015, the prosecution’s star witness, Anna Matseliso Molise, was shot and killed, assassination-style, outside her home in Lesotho. As she left her home, shots range out, and Anna was struck by four bullets. She would later die from her wounds in the hospital.[6]

Authorities conducted an investigation. They were unable to immediately tie Peter Frederiksen to the murder, though everyone had their suspicions. But more would soon be revealed as Frederiksen stood trial and the prosecution mounted a formidable case against him with other witnesses besides Anna. 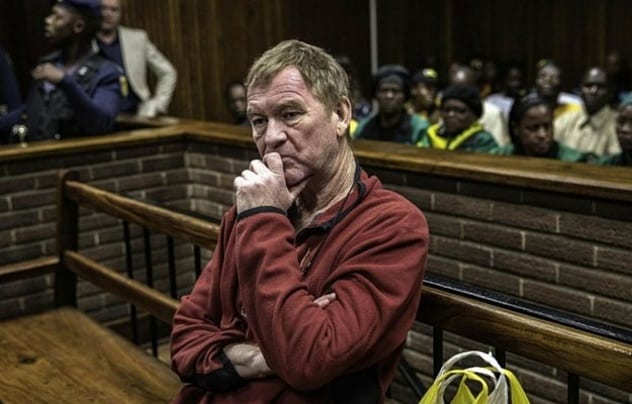 After being arrested, Peter Frederiksen would be brought up on dozens of charges. His charges included pedophilia, 32 counts of possession of child pornography, manufacturing and distributing child pornography, the illegal removal of human tissue, causing grievous bodily harm, and even conspiracy to commit murder. Motlatsi Moqeti was a man who was convicted of attempted murder and was serving an 11-year prison sentence at the time. The wheelchair-bound convict would become a witness for the prosecution on the latter charge when he claimed that Peter Frederiksen paid him $1,500 to arrange a hit on Anna.[7]

Frederiksen had also hoped that he would get out of the trial by postponing it as long as he could so that he could undergo a mental health evaluation that would rule him unfit to stand trial. The trial would be postponed for him to be evaluated, though Frederiksen was ultimately found capable of standing trial. A surviving victim also told a Danish newspaper that she had been drugged by Peter with a sedative-laced alcoholic cocktail and that she’d awoken with an atrocious headache, in absolute agony. 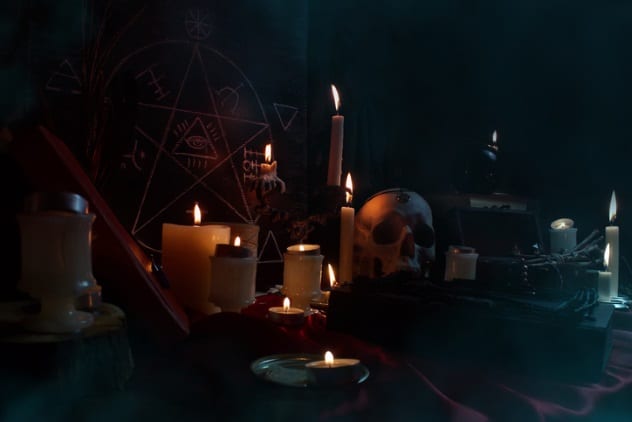 During the spectacle, Peter would give some unusual explanations for what was found inside his home. He mounted what could almost be referred to as “the witchcraft defense” and actually claimed that the body parts in his freezer belonged to his wife and that she used them for pagan rituals. He even had the audacity to try to claim that he had told her several times to clean up the anesthesia, the surgical equipment, and the bags of severed vaginas in the freezer, but she simply wouldn’t listen to him, though he had zero explanation for why he didn’t take this information to the police. It was known that Peter himself was engaged in various unusual sorts of witchcraft and Satanism and ran with various unsavory crowds, and the man deflected all of this onto his dead wife at trial.[8]

And what about all the charges of pedophilia and child pornography? His argument was, yet again, strikingly unusual. Frederiksen stated that he had no interest in child pornography, neither the possession of it nor the manufacturing and distribution of it, and was using it for “research,” noting that his efforts were almost complete. What that research was, he didn’t say. 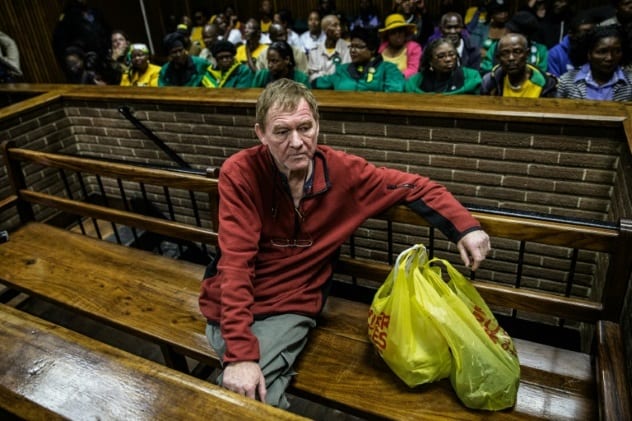 Women’s rights groups poured out in protest, and activists all over the globe were enraged when they caught wind of the case. They sent threatening letters to Peter, some of them remarking, “You will die as your wife died,” and other death threats. He was warned not to obtain bail and leave jail, for he would be killed. The judge residing over the case decided to drop two charges of rape pertaining to Anna, which would have been mighty hard to prove without the victim to give testimony. But ultimately, Peter would be found guilty on every charge that wasn’t thrown out. Surprisingly, the charges pertaining to removal of human tissue were dropped, as the National Health Act was not clear on the punishment for such an action.

However, it was the video interview which Peter Frederiksen had done with the Danish journalists which really sealed the deal, as he, in his own words, on video, described how he drugged and rendered women unconscious to subsequently remove their genitals. He was found guilty of assaulting his dead wife Anna, which was possibly the most meaningful of all the convictions. Frederiksen was sentenced to two life terms for his crimes.[9] 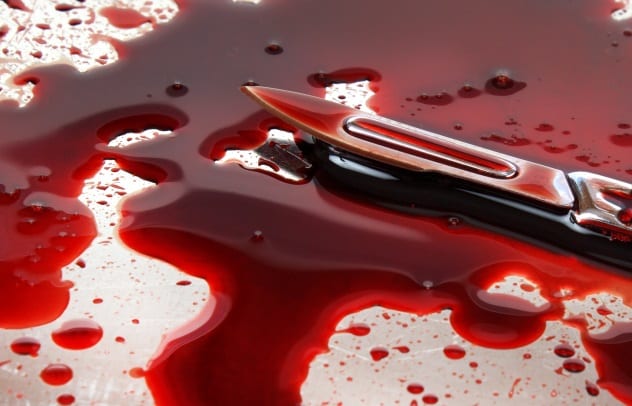 Frederiksen’s diary helped to clarify the true extent of his horrible crimes.[10] Some still suspect he may have had more than 21 victims.