From the very beginning, Christianity has had a complicated relationship with slavery. Many of the early Christians in the first centuries of the Church were slaves, including bishops, martyrs, evangelists, and even popes. Celsus, a 2nd Century pagan, even ridiculed Christianity as the religion fit only for women and slaves.

Throughout history, Christians were sometimes complicit in slavery and sometimes fought against it. The lives of these slaves who became Catholic saints show just how complex and nuanced that history really is. 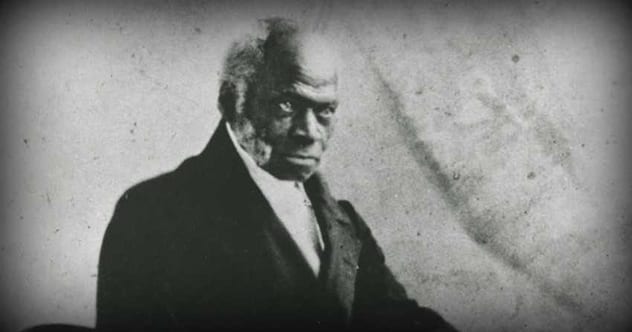 Venerable Pierre Toussaint was born in 1766 in Haiti as a house slave to the French aristocratic Berard family. At the age of 21, he witnessed the slave revolt in Haiti which would become the Haitian Revolution. The Berard family fled the country, taking Toussaint with them to New York.

Toussaint remained with the family in New York even after they lost their fortune. He became a famous coiffeur, designing fabulous hairstyles for New York’s elite.[1] He became wealthy enough to support himself, buy the freedom of other slaves, and even support the Berard family.

After Mrs Berard’s death, Toussaint was granted his freedom and married a fellow Haitian. He supported many charities and was renowned for his generosity. He died in 1853.

Toussaint is a controversial saint. A hero to Catholics for his faith, he was a devout believer who attended daily Mass at St Patrick’s Cathedral for 66 years. Unfortunately in our modern time others have taken a far more cynical view of him, believing that he should have fought harder against slavery. 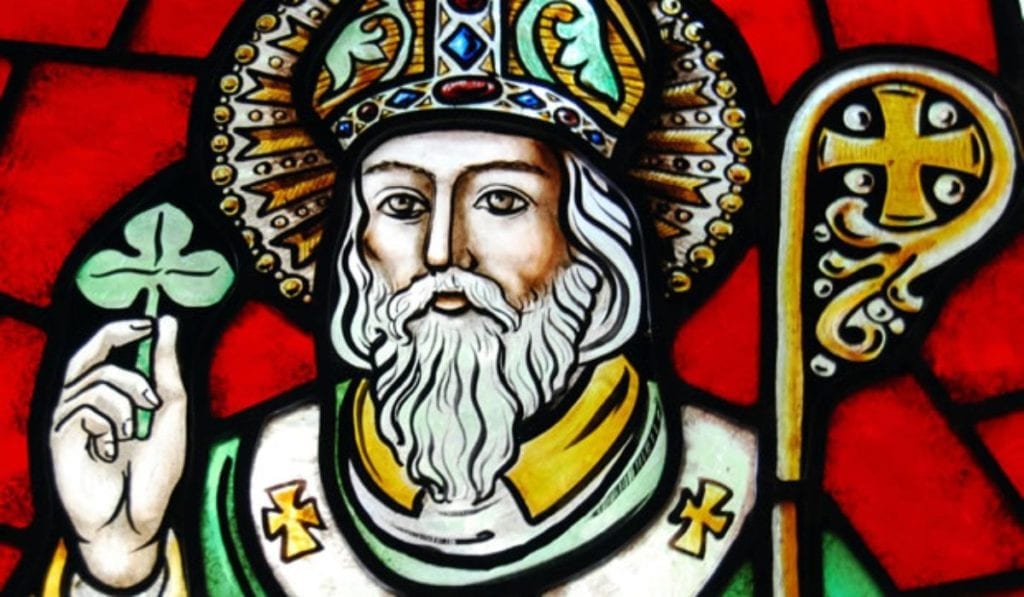 Saint Patrick is perhaps the most famous canonized ex-slave. Enslaved by the Irish, he became the Bishop of Armagh in Ireland and is credited with converting the Irish people. His feast day on 17th March is still celebrated around the world.

Patrick was born into a Romano-British Christian family but, by his own account, never had much time for the religion of his parents.[2] When he was 16, he was captured by Irish slave-traders. He was taken to Ireland and worked as a shepherd until eventually, he was able to escape. When he returned home, Patrick decided to become a priest.

According to his Confessions written later in life, Patrick heard the voice of the Irish calling him back to evangelize them. He did just that, returning to convert the people who had enslaved him as a teenager. He fought against slavery in Ireland and condemned the fearsome slave-trader Coroticus. 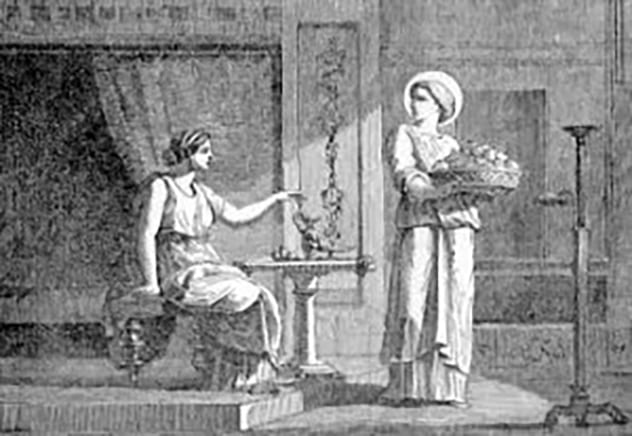 Saint Serapia was a Christian slave who lived in the Second Century. The accounts of her life were written much later and the exact details are difficult to determine.[3]

The story is that she was born in Antioch at the end of the First Century and fled with her parents to Rome. She sold herself into slavery, giving away all her possessions. Her mistress was a Roman noblewoman, Sabina, whom Serapia managed to convert to Christianity.

Being a Christian was illegal at the time and Serapia was tried and sentenced to death. One year later, Sabina was also killed her being a Christian and the two women were buried together.

In 425, a church was built over the site of their martyrdom and dedicated to Saints Sabina and Serapina. By the thirteenth century, the church, which now known simply as Santa Sabina, increasing the importance of St. Serapia. It became the international headquarters of the Dominican order. 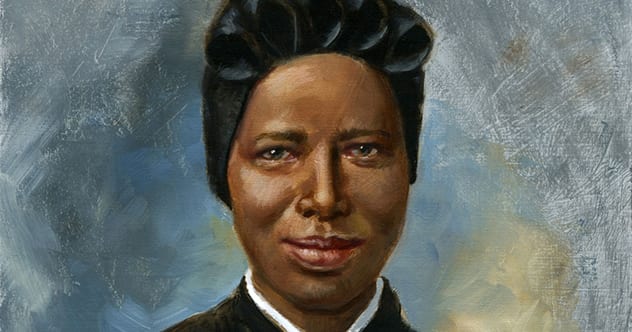 Saint Josephine Bakhita was born around 1869 in Darfur, Sudan. She was captured by slave-traders at the age of nine and sold many times in the slave markets of Sudan. She was enslaved to a brutal family who would beat her every day until she bled and bore the scars for the rest of her life.[4]

Bakhita, as she was known, was sold to the Italian vice-counsel Callisto Legnani. Unrest in Sudan forced Legnani to escape back to Italy and Josephine went with him. When they arrived in Italy in 1884, she was then “sold” to a family friend, Turina Michieli from Venice. There in Venice, she stayed with the Cannossian Sisters for a few months while her “mistress” travelled.

When she returned, Bakhita refused to leave the convent. She described discovering the love of God amongst the sisters. Eventually, an Italian court declared that she had never been legally enslaved under English, Italian, or Ethiopian law. Bakhita was free. She was baptized by the Patriarch of Venice, the future Pope Pius X, and joined the Cannossian Sisters as Sister Josephine Fortuna. She died in 1947 and was canonized in 2000. 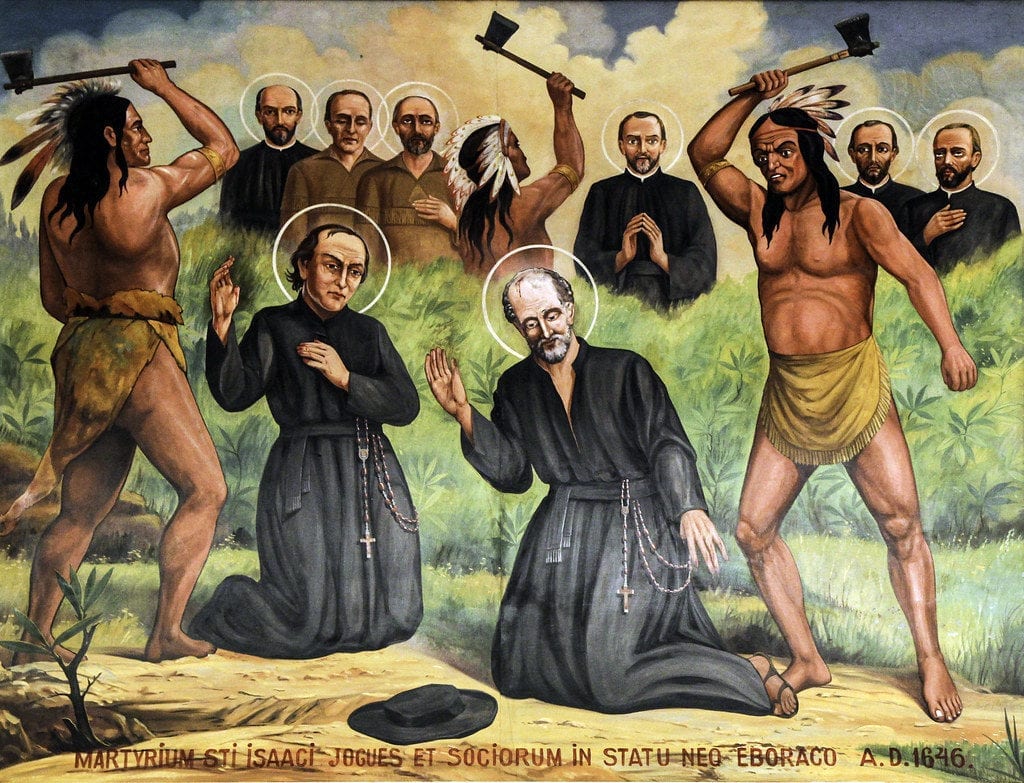 Saint Isaac Jogues was a French missionary priest. Born in 1607, he joined the Jesuits as a young man filled with zeal for the missions. In 1636, he travelled to the New World and was assigned to the First Nations of the Iroquois.

In 1642, Jogues was travelling with a group of Christian Hurons when they were attacked by the members of the Mohawk Nation. He was captured and tortured, beaten and his thumbs cut off. For two years, he was held in captivity, only able to collect sticks because his body was so broken.[5]

Finally, he managed to escape and returned to France. There, the pope gave him special dispensation to celebrate Mass without his thumb or index finger. After a few years, Jogues begged to return to New France. The Jesuits’ relationship with the Iroquois had only gotten worse and they were blamed for bringing disease, famine and drought. In 1646, Jogues was again attacked and killed with a tomahawk to the head on 18 October.

5 Saints Exuperius and Zoe of Pamphylia 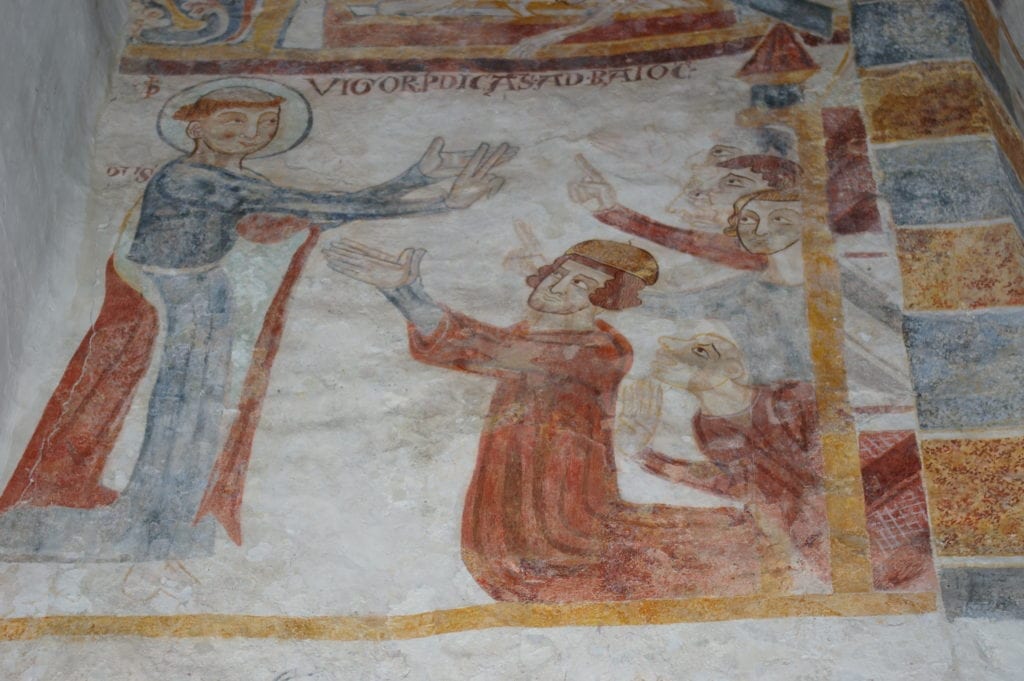 Another early church martyr we know little about is St Exuperius. He, his wife st Zoe and their two sons Cyriacus and Theodulus were martyred in the mid-second century.

What makes them remarkable is that they were a family of slaves who were martyred. Their master commanded them to participate in pagan rituals but they all refused. In retaliation, they were burned to death in approximately 140 AD.[6] Their feast day is the 2nd May.

Saint Raymond Nonnatus was a Catalan saint born in 1204. He was nicknamed Nonnatus (“not born” in Latin) because he was delivered by caesarean section. He joined the Mercedarian Order, a religious order founded in 1218, with the special intention of ransoming Christians who had been captured and enslaved by Moorish pirates in the Mediterranean.

He travelled to North Africa where he ransomed enslaved Christians with the Order’s funds. When he ran out of money, he offered himself in exchange.[7] Nonnatus continued to preach as a captive and infuriated his captors. As one form of torture, his lips were reportedly seared through with a hot iron and his mouth was padlocked. He was eventually rescued but died soon after in 1240. 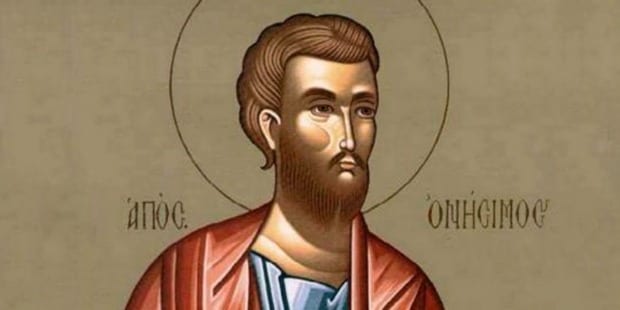 Saint Onesimus is the only ex-slave who appears in the New Testament. He was the slave of Philemon but ran away from him, became a Christian, and started serving the Apostle Paul. Paul wrote a short letter to his master Philemon imploring him to receive Onesimus back without punishment and even to set him free, recognizing him as a brother in Christ.[8]

Although there is no firm evidence of what happened to Onesimus after the letter, it appears that he was free. He may be the same Onesimus who accompanied Paul on his missionary journeys and whom Paul called, “Onesimus, our faithful and dear brother.”

In one traditional account, Onesimus was ordained and became the bishop of Ephesus. 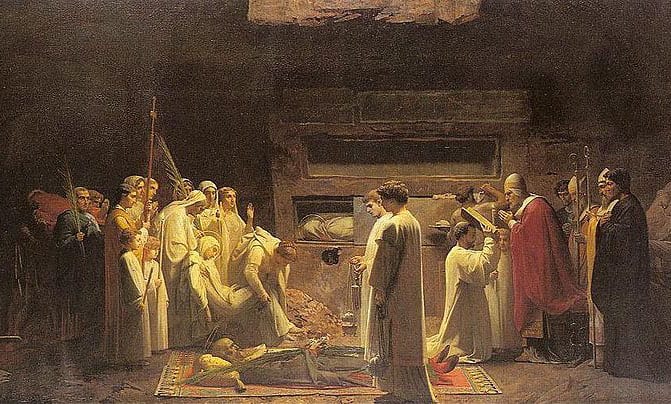 Pope Saint Calixtus was a Roman slave born in the late second century. Denounced as a Christian, he was sentenced to hard labour in the mines of Sardinia. After his release, he returned to Rome and was ordained as a deacon by Pope Zephrynius. In 217, he succeeded him as Bishop of Rome and pope.

During his reign as pope, the Church witnessed its first antipope when Hippolytus formed his own Christian community against Calixtus. Calixtus, he believed, was too lenient on sinners.

The pope is listed as a martyr. One tradition states that he was killed and then thrown into a well. His body was rescued and today the relics of the sainted pope are located in Santa Maria in Trastevere in Rome.[9]

Blessed Francisco de Paula Victor was born in 1827 as a slave in Brazil. He trained as a tailor but always dreamed of being a priest. Special permission was granted to Victor so he could attend seminary but there, he faced much discrimination and persecution. At his first parish as an ordained priest, his parishioners refused to receive Holy Communion from him because he was a black slave.

The postulator, or promoter, of his canonization cause explained that “with his love, embodying the Gospel in his own life, he was capable of winning over the people.”[10] He set up a large school for all students, regardless of their race or status.

Brazil finally abolished slavery in 1888. Fr Victor died in 1905, widely mourned by his community. He was beatified in 2015 and is the first ex-slave priest to be on the road to canonization.

+ The Process Of Canonization

Canonization is considered an infallible decree by the reigning pope that a particular person is in Heaven (Catholics believe that all people in Heaven are saints). The process is not thought of as sending a person to heaven, but rather declaring with certainty that they are already there.

The reason for this? So that the faithful can pray for the intercession of that person (it is generally frowned on to pray publicly for the help of those who are not certainly in Heaven—privately it is fine though). The three steps of the process are Venerable, then Blessed, then Saint.

The video above is archival footage of the arrival of (now Venerable) Pope Pius XII being carried aloft on his throne to make the declaration of sainthood for Pope Saint Pius X. Such pomp is not seen much these days, though Pope Benedict XVI came close in his restoration of many traditional items of Papal regalia. The same may be true when the current Pope is replaced by a man more traditionally minded.


Read more about saints and slaves on Top 10 Truly Badass Saints, and 10 Interesting Facts You Never Knew About Slavery.

About The Author: Laura McAlister is an Australian writer and history lover. She studied an M.Phil in Medieval Studies at Trinity College Dublin and an M.A. in Theological Studies at the University of Notre Dame Australia. She lives in Sydney, Australia and loves discussing Jane Austen, mysticism, and gender roles over tea and biscuits. She blogs at www.cravinggraces.com on prayer, perfectionism, and the Catholic Faith.