We live in a truly terrible world where children are preyed upon, abducted, raped, assaulted, and murdered.

On this list are 10 such cases—tragic, devastating, and seemingly forever unsolved. 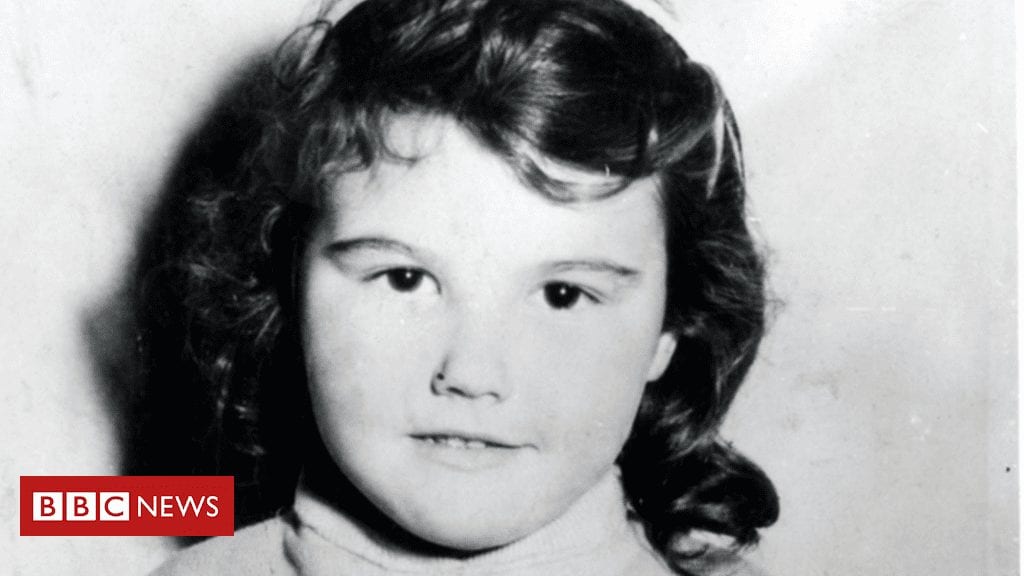 On 7 April 1959, 6-year-old Carol Ann Stephens ran up to her mother, Mavis, and happily told her she was going outside to play. The little girl left her house in Cardiff, Wales, and was never seen alive again.

Her disappearance drew huge search efforts from police and residents alike. Indications were that Carol had been abducted; therefore, ports were monitored, and cars stopped, all in a desperate attempt to stop the abductor from taking her out of the country. Residents searched out buildings and sheds for any sign of the girl.

Two weeks from the day she vanished, a surveyor made a tragic discovery: Carol’s body floating inside a river culvert near Horeb. Someone had suffocated her and thrown her into the water. During the murder investigation, some of Carol’s friends told police that the little girl told them about a “new uncle” she had befriended, who liked taking her for drives. Witnesses came forward to say they had seen Carol talking to a man in a car on the day she went missing.

This “man” was never found and Carol Ann Stephens’s murder remains unsolved to this day.[1] 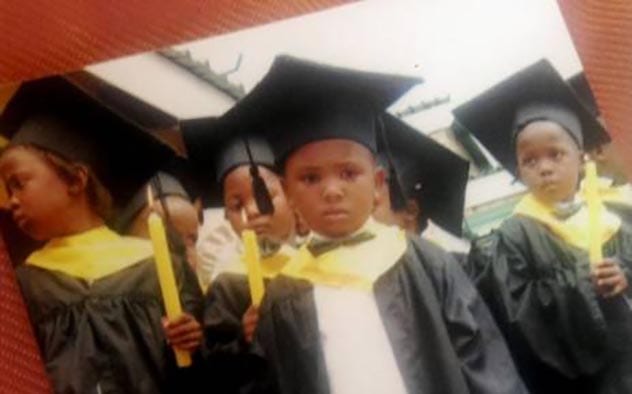 In November 2013, 10-year old Siphamandla Madikane went missing while playing with friends in the Ramaphosa informal settlement in Ekurhuleni, Johannesburg. When police questioned his friends, they all reported a man watching them play and eventually approaching them. The man asked whether one of the boys wanted to go with him to make a phone call to his girlfriend. He offered them R5 to do so. Siphamandla had apparently agreed to accompany the man.

A couple of days later, a member of the community was walking through the veld when he stumbled across a body. It was Siphamandla. His pants and underwear had been pulled down, a sock was stuffed in his mouth, there were stab wounds to his neck, and he had been burnt. Next to the body lay a used condom. 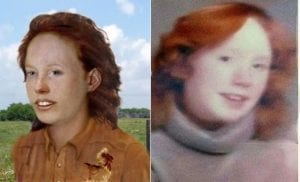 More than 30 years after she went missing, 15-year-old Michelle Garvey was positively identified in Texas, the victim of a homicide. Originally from New London, CT, she was reported as a missing person on June 1, 1982, a runaway who may have been heading to either New Jersey or North Carolina. Although investigators attempted to find her, her trail went cold. She remained just another runaway.

On July 1, 1982, a body was discovered buried in a field in Texas. It was a teenage girl who had been strangled and likely sexually assaulted. No bra or shoes were recovered, and the shirt had also been unbuttoned. She was probably buried only hours after her death. The body remained unidentified and the case unsolved for years until an amateur sleuth landed on the idea of matching the missing person in Connecticut with the unidentified remains in Texas. In 2013, she contacted the National Center for Missing and Exploited Children, who reached out to the Connecticut State Police Missing Person Unit and requested assistance.

Unaware of the Connecticut missing person investigation, the Harris County medical examiner had exhumed the unidentified body in an effort to obtain DNA samples. Those samples were entered into the NamUs databank, a database for unidentified remains and missing person records. Connecticut detectives initiated an investigation and met with family members of the missing female. DNA reference samples were taken and submitted for comparison, which revealed the remains were the missing girl—Michelle Garvey. Although her murder remains unsolved, her family was able to bury her remains in Connecticut.[3] 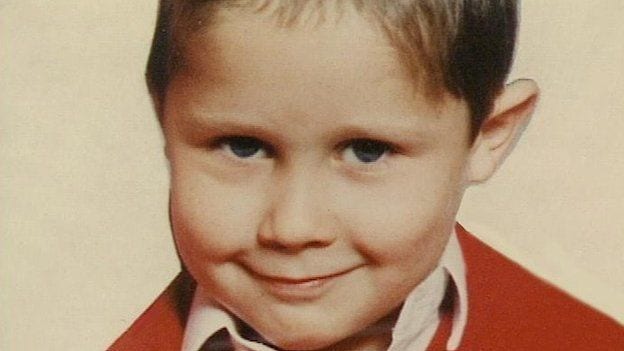 Rikki Neave had a terrible life before it abruptly ended at the age of 6. By the time he was 3 years old, his mother had repeatedly left him outside in the cold in the dead of night, crying until neighbors called social services. Residents of Peterborough, Cambridgeshire, reported seeing Ruth Neave dangling her son over a bridge and writing ‘idiot’ on his forehead in felt-tip pen. She washed his mouth out with washing-up liquid and burned him with matches. Ruth also punched Rikki in the face, kicked him, and often sent him out at night to fetch drugs.

On 28 November 1994, Rikki left for school and never returned. His naked body was found the following day in the woods close to his home. He had been strangled.

Ruth Neave stood trial for her son’s murder two years later but was acquitted by a jury. She was, however, sentenced to 7 years in prison for extreme child neglect. Rikki Neave’s murder remains unsolved.[4] 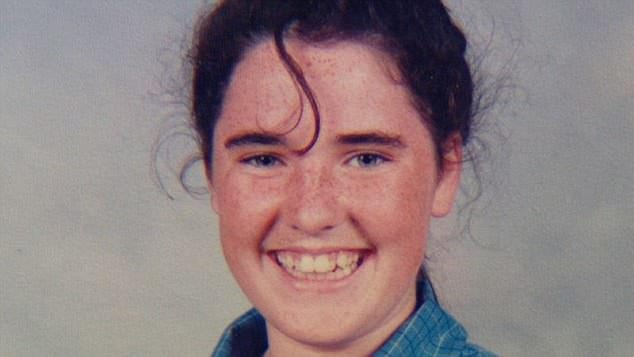 On 18 December 1992, 13-year-old Clare Morrison and her friend visited Geelong Mall in Victoria, Australia. Clare told her friend she was going to take the bus home to fetch some money for Christmas shopping. She never returned.

The following day her near-naked body was discovered near Bells Beach. She had been beaten, strangled, and bitten by a shark. 18-year-old Shane McLaren told police that he saw her getting into a blue car with two men. It took several months for the police to realize that McLaren lied, and they arrested him for perjury. He also remains the sole suspect in the murder, but he maintains his innocence.

Recently Clare’s brother Andrew petitioned for a $50,000 reward for any information that would lead to an arrest for her murder. The investigation continues, but to date no new information has been obtained. [5]

5 Baby in the Mail Bag 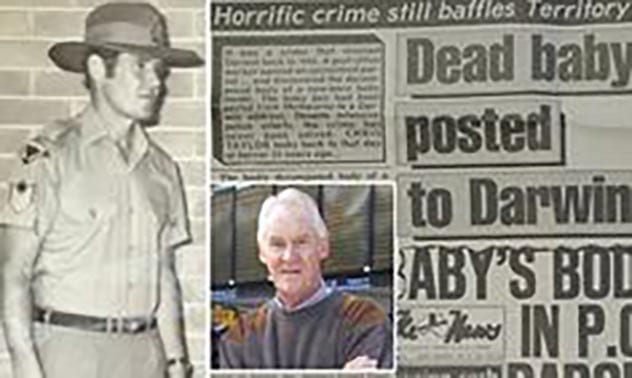 On 11 May 1965, Darwin postal clerk John Polishuk noticed an unclaimed parcel that had started to sag because of an undetermined liquid seeping through. Picking it up, he also became aware of a horrid smell emanating from it. Opening the parcel, he gasped in horror. Inside was the body of a tiny baby. The infant was naked and crudely stuffed into the mailbag. 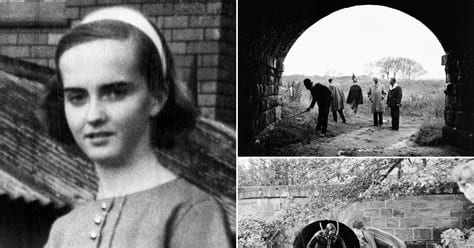 14-year-old Elsie Frost spent a lovely afternoon at a sailing club on Horbury Lagoon on 9 October 1965. She and her friends left for home at 4 pm. Elsie chose a different route to avoid a partially flooded tunnel. She walked through another tunnel that ran underneath a railway line. Here she was brutally attacked and stabbed five times. She bled profusely and collapsed at the bottom of the locally named ABC steps. At 12 minutes past four, she was found by a man talking a walk with his children, but it was too late.

An extensive police investigation followed with more than 12,000 men interviewed, and local residents’ knives examined. Later, the army joined the search for the murder weapon. The only person of interest in the case was 33-year-old Ian Bernard Spencer, but two courts cleared him due to lack of evidence. 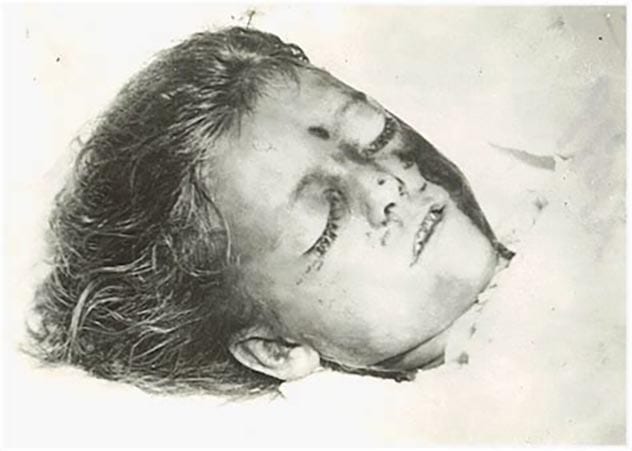 In a small grave in Yavapai County, Arizona, lies the remains of Little Miss Nobody. She was found just off Alamo Road on 31 July 1960 and believed to have been between 5 and 7 years old. The little girl’s hair had been dyed and her finger and toenails painted red. Since she had not suffered any broken bones, her cause of death remains undetermined, but officials agree that it was homicide.

Investigations over the years have proved unfruitful. No suspects were ever arrested, Little Miss Nobody has never been identified, and her relatives never found. In 2018 the case was reopened, as investigators hoped that modern technology might help solve the mystery. [8] 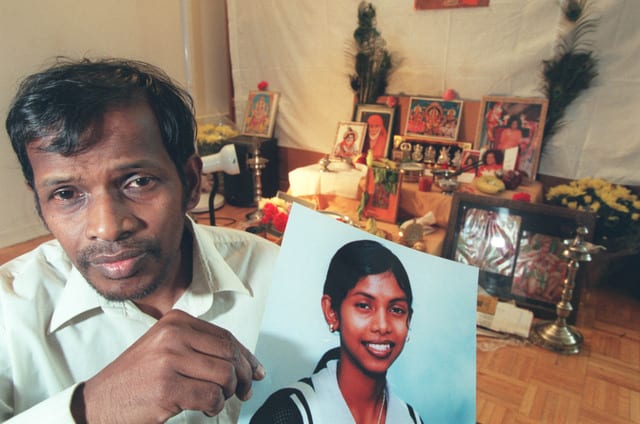 15-year-old Sharmini Anandavel was looking forward to graduating from junior high and wanted to save some money to buy new shoes to match her graduation dress. On 12 June 1999, Sharmini left her apartment building in Don Mills, Toronto, after telling her parents she was going off to start a new job, which would help her get the money she needed for the shoes.

Sharmini never made it home again. Four months after she was last seen, her skull and mandible were found in a ravine next to the Don River. The main suspect was a 23-year-old man, Stanley Tippett, that happened to be a neighbour of the Anandavel family.

Tippett eventually landed in prison but not for the murder of Sharmini. It remains unknown what exactly caused Sharmini’s death and who murdered her.[9] 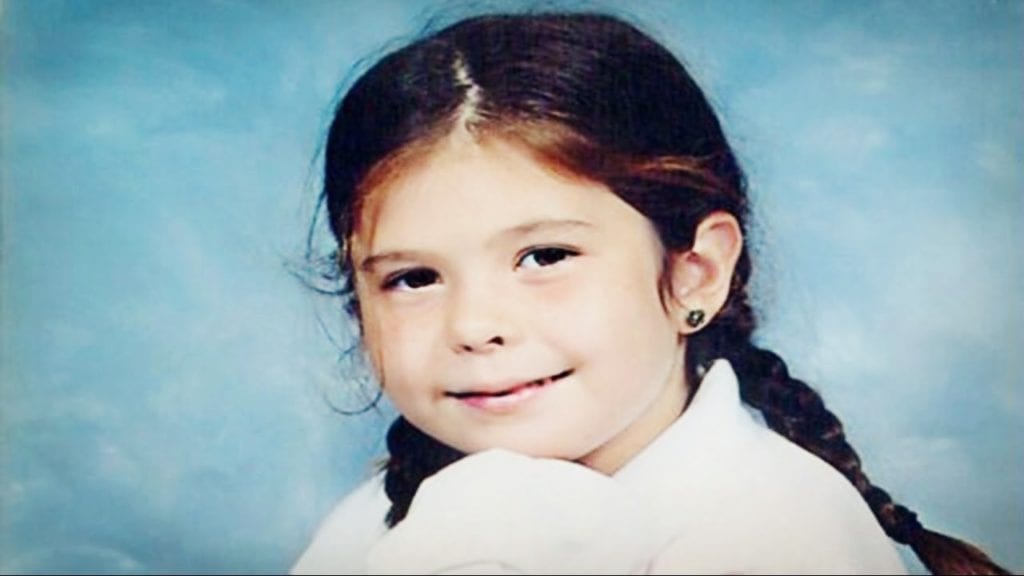 On 31 July 2007, 9-year-old Cédrika Provencher was seen by many residents in Trois-Rivières, Quebec, as she cycled around, knocking on several doors and asking if they had seen a specific dog. Later she was seen walking out of a wooded area with a friend and a man following close behind. She continued cycling in the local park and streets in the area. At 8:30 that evening, her bicycle was found leaning against a fire hydrant, but there was no sign of Cédrika.

After 72 hours, it became apparent that Cédrika had been kidnapped. It was known that an unknown man asked Cédrika to help him look for his missing dog, and it was now clear that the man following the girl and her friend out of the woods may have been the one who took her. The search that followed was one of the biggest in Quebec history.

Cédrika’s remains were found on 11 December 2015 in Saint-Maurice, nearly 15 km away from the place Cédrika had last been seen. The only suspect in her death, Jonathan Bettez, said in 2019 that he is suing the police department for $10 million for “orchestrating” a child pornography case against him. He was never arrested for Cédrika’s murder, and there are no other suspects at this time.[10]