See Also: 10 Facts About Charles Manson’s Imprisonment That Will Disgust You

They shot and killed 18-year-old Steven Parent who was visiting the caretaker at the property as he pulled into the driveway. They then entered the house and killed Tate, celebrity hairstylist Jay Sebring, screenwriter Wojciech Frykowski and Frykowski’s girlfriend Abigail Folger. Tate’s husband, director Roman Polanski, was not at the house.

These murders still shock today and nearly 50 years later, the chilling events that took place that night are not forgotten. There have been a lot of retellings of the Tate murders but the reality itself is even more horrifying than any fictional account could portray. 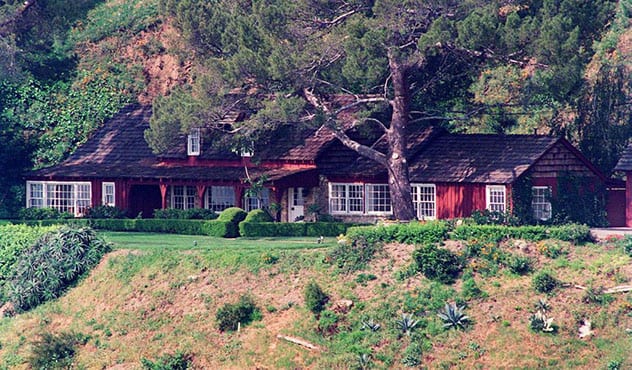 Sharon Tate and Roman Polanski shared a luxury home together at 10050 Cielo Drive in Benedict Canyon, north of Beverly Hills, California. Built in 1942, nobody could predict this French country style house would become home to one of the grisliest crime scenes California had ever seen. Tate was born in Dallas, Texas, she moved to Los Angeles in the early 1960s to become an actress, later landing roles in Eye of the Devil (1966); The Fearless Vampire Killers (1967), and she was nominated for a Golden Globe for her performance in Valley of the Dolls (1967).

Then in March 1969, five months before the brutal slayings—Charles Manson visited Tate at 10050. Tate’s photographer friend was a witness during the Tate murder trial and testified that Manson had arrived looking for record producer Terry Melcher. The creepy visit was forgotten about until months later when Manson commanded his followers pay Tate a much different visit.[1]

Manson sealed the fate of Tate and her friends when he ordered his followers to go to 10050 Cielo Drive and destroy everyone in the house. Manson and his cult had been living out in Spahn Ranch, California, where they became obsessed with The Beatles’ song ‘Helter Skelter’. Manson misinterpreted the lyrics as a sign there would be a race war between black and white people. He wanted his followers to commit hideous crimes in the hopes this would be blamed on black people.

Manson sent his four followers Tex Watson, Susan Atkins, Linda Kasabian, and Patricia Krenwinkel to carry out his instructions. He later told Diane Sawyer in an interview, “If you’re going to do something, do it well. And leave something witchy. Leave a sign to let the world know that you were there.” They did not disobey his orders. 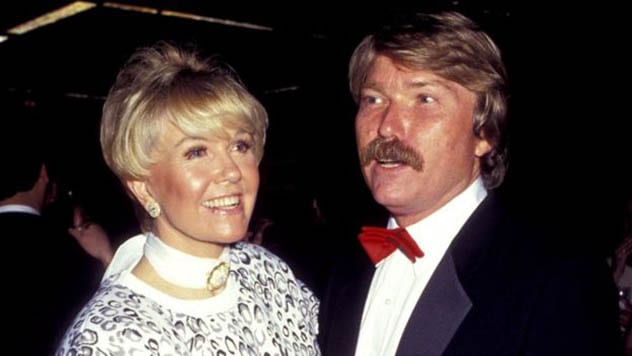 Manson had a grudge against record producer Terry Melcher—who was the son of actress and singer Doris Day—over a failed record contract when Manson was still an aspiring rock star. Manson knew the home address of where he believed Melcher still lived and ordered his followers there. Day had warned her son that she had a bad feeling about Manson and she had already persuaded Melcher to move out.

Mike Love from The Beach Boys wrote in his memoir ‘Good Vibrations’, “Melcher had told (Day) about Manson and about some of his scary antics, his brandishing of knives, his zombie followers and that Manson had been to the house on Cielo and she insisted he move out.” Day’s request for Melcher to leave the house might have been down to ‘mother’s intuition’ but the decision had also signed the death warrant for Tate and her friends.[2] 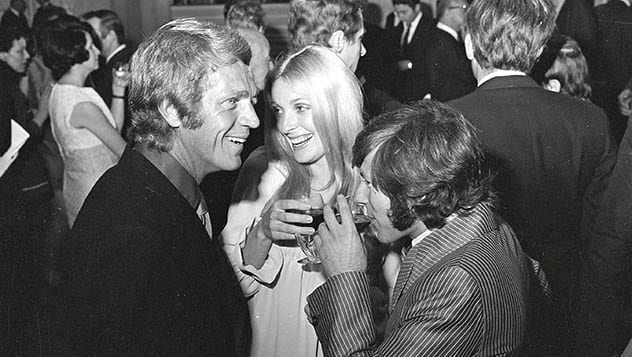 Tate’s husband Roman Polanski was in London at the time of the murders even though his wife was two weeks away from giving birth. Polanski would have surely met the same gruesome fate as his wife, his unborn child and their close friends had he have been home. This was not the first time Polish-born Polanski had a brush with death as he spent six years of his childhood surviving the holocaust that had killed his mother at Auschwitz.

Actor Steve McQueen also cheated death at the hands of Manson’s followers as he had been saved by his own womanizing ways. Neile Adams, his former wife, revealed that McQueen had been at the dinner Tate hosted that night but instead of returning to Tate’s house—he went off with another woman who had caught his eye. She revealed, “Going off with that girl saved his life. After that, he became more paranoid and wouldn’t let me go anywhere without a gun.”[3]

The murders were gory but what shocked the public most was that Tate had been brutally slain at eight and a half months pregnant. The actress had pleaded for her life at the hands of the killers and even begged them to spare her unborn child. The newspapers reported her body had been found with a cord around her neck and she had suffered 16 stab wounds in the heart, liver, and kidneys—4 of which were considered fatal. There was also a sinister ‘X’ symbol cut into her stomach.

Manson follower Susan Atkins later recalled in an interview after the night she murdered Tate and her unborn child, “I remember I felt absolutely nothing for (Tate) as she begged for her life and for the life of her baby.” Adding, “I was a tool in the hands of the Devil is the only way I can put it.” She later revealed, “(We) wanted to do a crime that would shock the world”, in that, they had succeeded. 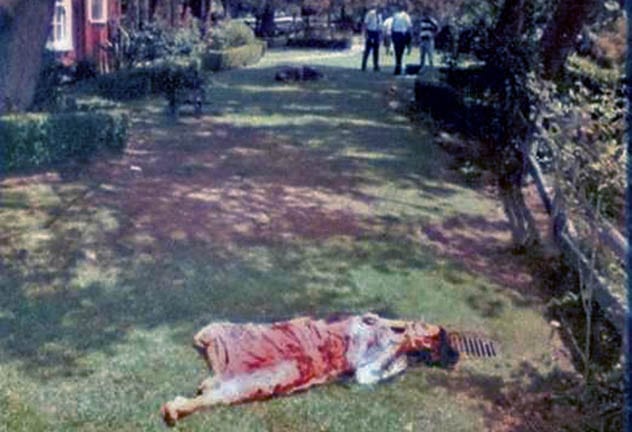 On the night of the murders, the temperature was 92 degrees and the air was very still, so the chilling cries of help from the victims were heard from a long distance away. Three-quarters of a mile from 10050 Cielo Drive, a supervisor on an overnight camp out had volunteered to stay up throughout the night. At 12.40 am, he heard a male voice screaming, “Oh, God, no, please don’t! Oh, God, no, don’t, don’t, don’t …” Then abrupt silence. The supervisor checked on the 35 children at the camp but they were all still asleep. It wasn’t until the following day; he would discover what he had really heard.

The next morning, Tate’s housekeeper Winifred Chapman arrived at the house and noticed the telephone wires had been cut. She entered the house to alert someone but instead came across a grisly bloodbath in the living room. Fleeing from the murder scene, she noticed two more bodies on the lawn and another body in a car on the driveway. She banged on a neighboring door, screaming, “Murder, death, bodies, blood!”[4] 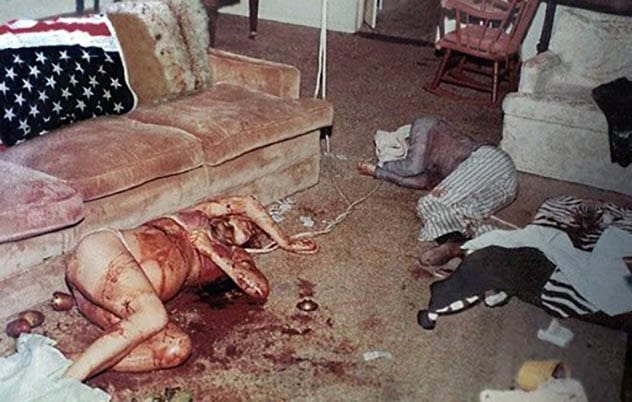 According to the homicide detectives who arrived at the scene of the crime, it was “far bloodier and grimmer” than they could have imagined. In total, there were 169 stab wounds between the five victims. With Polanski out of the country in London, Tate’s father Paul Tate was left to clean the blood in the living room where his daughter had begged for her life and that of her unborn baby. Co-author of Restless Souls: The Sharon Tate Family’s Account of Stardom, the Manson Murders, and a Crusade for Justice, Alisa Statman, recalled, “He said that the one thing that brought him to his knees literally—in grief—was having to scrub his child’s blood off the floor.”

In 1985, when Tex Watson was up for parole, Paul Tate and his wife, Doris, wrote letters to the parole officers describing how he scrubbed the blood off the floor himself. “That man should never, never, never be turned out into society,” he pleaded with the board. Together, Paul and Doris became leaders of the Victims’ Bill of Rights, which allowed for victim impact statements, passed in California in 1982.[5] 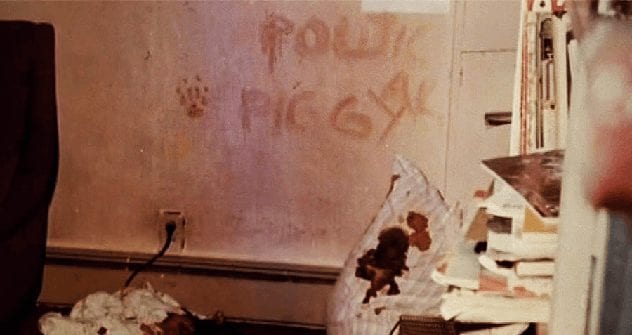 Manson had instructed his followers to leave something “witchy” and they wrote with a towel dripping in Tate’s blood the word “PIG” on the front door of the house. When newspapers reported on the scene of the crime the rumor mill began to believe this was the sinister work of “sex, drug and witchcraft cults” or someone linked to Tate and Polanski’s “offbeat” social circle. The following night Manson’s followers had killed two more people—Leno and Rosemary LaBianca. Also in their victims’ blood, they wrote “Helter Skelter” on a refrigerator.

Los Angeles police stated that they had pinned the suspects were part of “a mystical, semi-religious hippie drug-and-murder cult led by a bearded, demonic Mahdi able to dispatch his zombie-like followers.” Only two years after the ‘Summer of Love’, everyone was shocked at such levels of brutality. There was no mistaking the evil of the killers as Susan Atkins later recalled when the victims at 10050 asked who they were, Tex replied, “I’m the Devil and I’m here to do the Devil’s business.”[6] 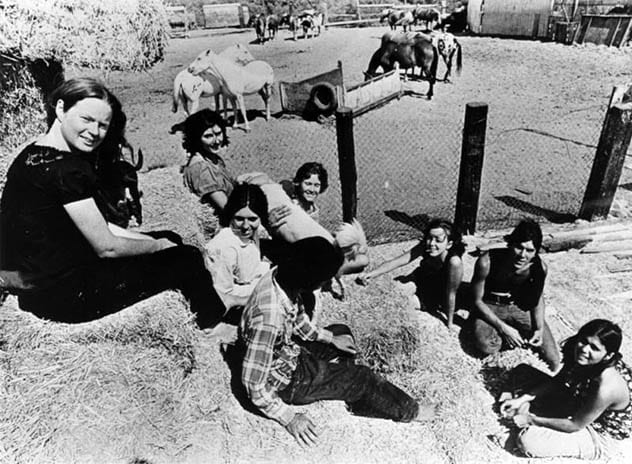 In October 1969, Manson and his followers were arrested at Barker Ranch on suspicion of auto theft. Behind bars, Susan Atkins confessed to her inmate that she was responsible for the murder of Sharon Tate, stating, “Because we wanted to do a crime that would shock the world, that the world would have to stand up and take notice.” The inmate turned her in and investigators were able to unravel Manson’s malicious cult.

Even with the followers behind bars, Manson’s influence had not stopped there. The wild-haired leader was in close contact with reporter Mary Neiswender and he wrote her several letters. Manson wanted to show Neiswender what power he still possessed and sent followers to her own home—bypassing the community gates—luckily only to ask for matches and leave. When Neiswender confronted Manson about this, he vowed he wouldn’t send anyone again.[7] 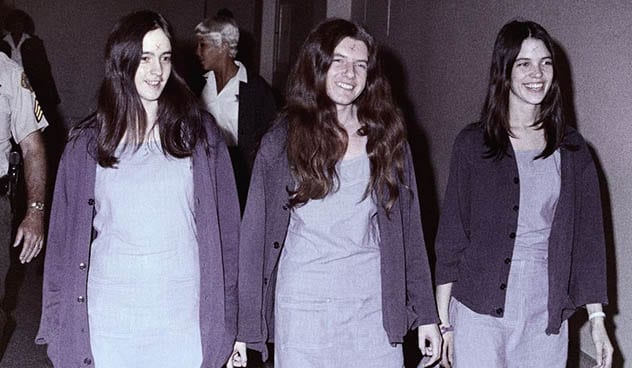 Four decades after the gruesome murders, Manson still showed no remorse for his sinister crimes. During his trial, he carved an ‘X’ into his forehead and announced, “I have Xed myself from the world. No man or lawyer is speaking for me.” Followers Susan Atkins, Leslie Van Houten and Patricia Krenwinkel followed suit and also carved an ‘X’ into their own forehead. The young girls sang songs and giggled as they walked together to the courtroom.

Linda Kasabian was granted immunity in return for her testimony, whereas Manson, Atkins, Van Houten, Krenwinkel, and Tex Watson all received the death penalty—later changed to life in prison. In later interviews, Manson stated, “I never told anybody to do anything other than what they wanted to do.” He spent the rest of his life behind bars and would roll his eyes throughout many parole hearings. In 2017, he died at the age of 83 at California State Prison. Manson and his followers will always be remembered as the true faces of evil.[8]

For more lists like this, take a look at 10 Strange And Unusual Deaths Connected To The Manson Family, and 10 Crazy Facts About Charles Manson.