Secret groups, police operations and high-tech tests are not normally associated with Christmas cards. Yet these and other facts give this holiday tradition its quirky side. The cards also have enemies among health experts and astronomers while historians use them to bookmark events, like the JFK assassination. Then there are the people who should really stop taking family photos for their Christmas cards.

10 The Moon Is Nearly Always Wrong 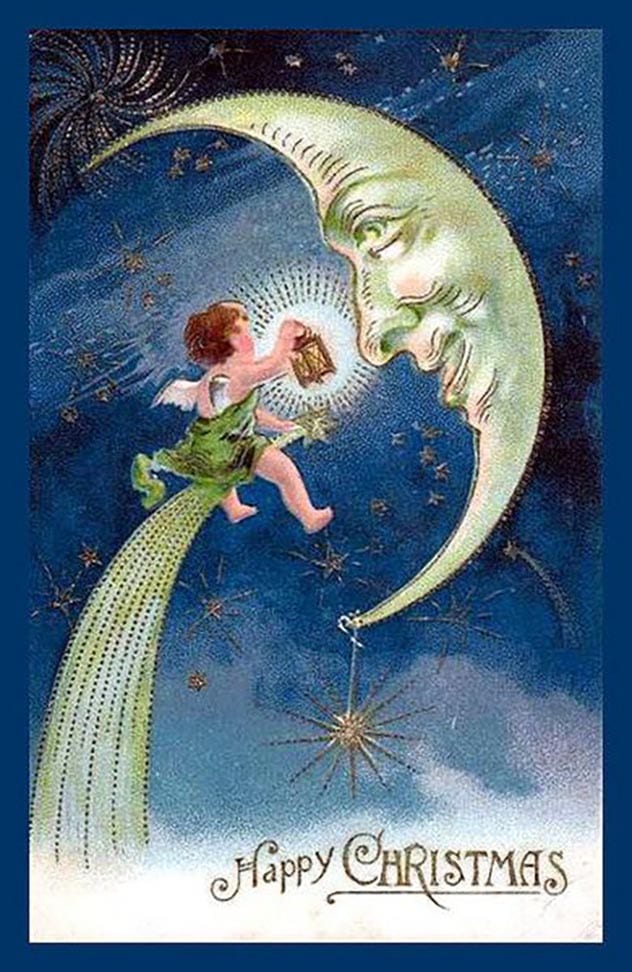 We can always count on eagle-eyed experts to point things out. In this case, astronomers gazed at the Moon. Not the one in the sky. Nope. They turned away from their telescopes and examined a few Christmas cards up close. They did not have to look far to find cartoon Moons. Plenty of the images showed night scenes. For good measure, they studied Christmas-themed books and wrapping paper. The study found that the lunar phases and positions were often wrong.

The whole thing started when an astronomer called Peter Barthel noticed the impossible Moons on a 2010 Unicef Christmas card and a popular Advent e-calendar. The card showed kids decorating a tree and the calendar depicted people caroling. Both scenes showed a waning crescent Moon. The latter rises at three in the morning, an unlikely time for singing to your neighbors or letting children arrange tinsel.

Barthel focused on imagery from the United States and the Netherlands. These two countries heavily shaped today’s view of what Christmas looked like – and up to 65 percent of their Moons were incorrect. As innocent as these mistakes seem, Barthel feels that artists need to pull up their socks, honor science and show the right phases. 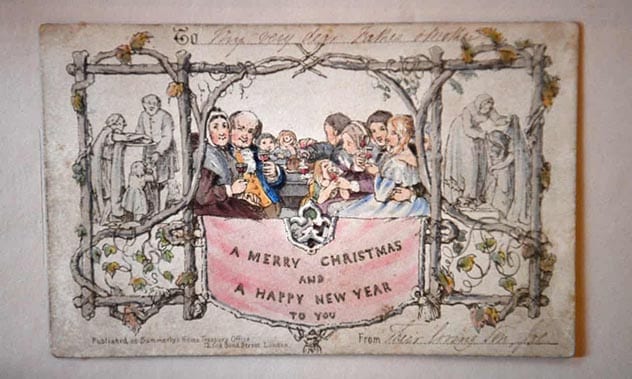 Printed Christmas cards are a mere 176 years old. The first one was issued in 1843 and colored in by hand. Sold for a shilling, it triggered a global industry that still exists today. Only 1,000 was printed that first year and 21 survived.

The designer was Henry Cole and the illustration was done by John Callcott Horsley. The image shows a jolly family drinking wine around a table, captioned with the words “A merry Christmas and a happy new year to you.” Cole’s original proof is in a private collection today and one of the cards, recently loaned to the Charles Dickens Museum in London, showed it had originally been bought and send to a married couple by their son.

The year 1843 was an important time that shaped Christmas. Not only did the card phenomenon start but Charles Dickens also published his iconic book; A Christmas Carol. The story was adapted into countless TV specials and movies as December fodder for viewers. The novel and first card appearing at the same time was a coincidence. Neither Cole nor Dickens was aware that they were about to change Christmas forever. 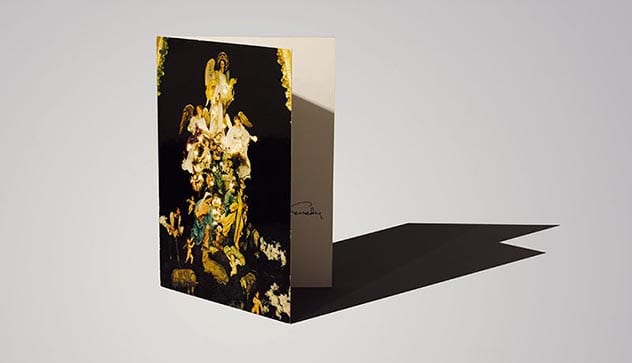 During November 1963, the Presidential couple John and Jacqueline Kennedy was full of holiday plans. They were going to spend Thanksgiving at his family in Massachusetts, then enjoy Christmas in Palm Beach. But first, they had to campaign through five cities, unaware that JFK would be assassinated in Dallas.

Before they left, the Kennedys received their annual Christmas cards. The pack was custom printed by Hallmark. The cover showed a photograph of the 18th-century Neapolitan creche from the White House’s East Room. Inside was an embossed seal and best wishes for Christmas and the new year. As always, the plan was to mail them to their friends and acquaintances. They signed around 75 cards and decided to leave the rest until they returned from touring Texas.

Due to JKF’s assassination, the cards were never sent. Today, these presidential momentoes are considered rare and one of them can be viewed at the Smithsonian National Museum of American History. 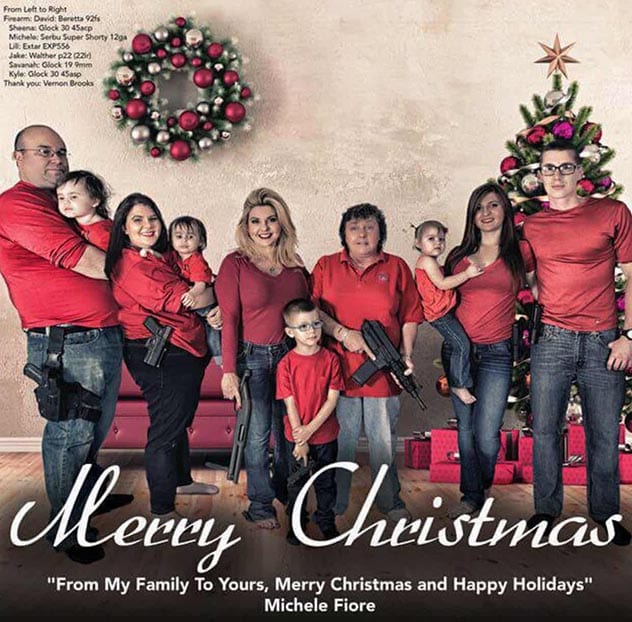 To be fair, the Fiore family is quite safe to be around. Given that you do not startle them when they have guns. The moment they took their 2015 Christmas card photo was definitely not a good moment to argue with them. Four generations posed with an arsenal that would make Santa think twice about a midnight visit.

At the center stood Michele Fiore, a Nevada Republican assemblywoman. In front of her, a real Walther p22 completed the costume of Jake, her 5-year-old grandson. Fiore’s mother stood next to her and the elderly woman looked somewhat tense holding her Extar EXP556. Other family members held their own firearms or had weapons strapped to their bodies.

The card caused a sensation. Unfortunately for the Las Vegas Republican, the attention was not positive. Fiore was unbothered. In response, she told Fox News that giving and receiving firearms as Christmas gifts was a perfectly reasonable thing to do. This is perhaps not surprising, considering her previous threats to shoot Syrian refugees in the head and her desire to see guns being carried by campus students. 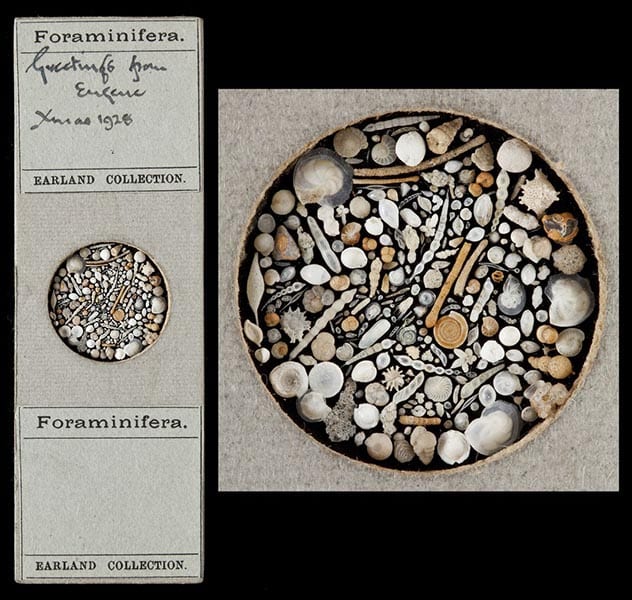 When fossil researchers exchange Christmas cards, you can expect things to get weird. Indeed, for decades, two colleagues send each other December wishes using tiny marine creatures. Edward Heron-Allen and Arthur Earland were two volunteers at the Natural History Museum in London.

During the early 20th century, they cataloged and described ancient Foraminifera fossils. Their work on the single-celled organisms made them famous among modern scientists. Their collection of microscope slides, depicting hundreds of species, remains valuable. But it was their habit of using excess Foraminifera fossils to craft Christmas slides to each other that made their story so intriguing. Indeed, their fossil-studded “cards” are unique.

For over 25 years, Earland and Heron-Allen spread mutual cheer with their slides. But Heron-Allen was a lawyer and scholar, and highly honored for his work with Foraminifera. While Earland’s work was just as good, he was not offered the same accolades and promotions. To most, he was nothing more than his day job – a Post Office worker. Things soured and interestingly, the downward spiral of their friendship can be seen in the slides. Each year, the fossil cards became less elaborate and plainer until they stopped.

5 They Will Survive The Digital Age 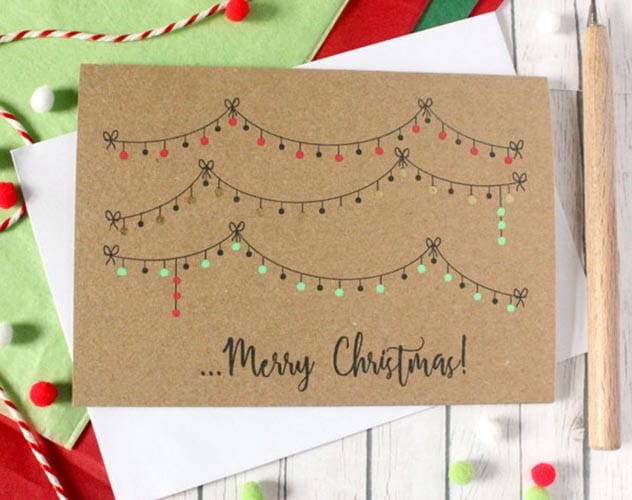 One can be forgiven for believing that the Christmas card is doomed. After all, there are thousands of free digital cards that can be sent at the push of a button. Who still bothers with putting a card in an envelope, licking the flap, slapping on stamps and mailing it like a caveman? A lot of people, apparently.

The trend evolved in an interesting way. Cheap card sales are dwindling but not the expensive sort. That’s right, Christmas cards will survive the digital competition by becoming an elite item. A 2016 survey showed that 105 million cards were sold, each bought as a single upmarket gift that totaled £184 million in the United Kingdom alone.

More people love sending or receiving custom-made cards. Artists sell their unique handmade pieces online or through retail stores. The price can go as high as £18.95. The steep tag only ads to the tradition’s new value as a vogue gift and something that remains very personal. As stunning as digital cards are, none come with an actual ink-on-paper handwritten message. 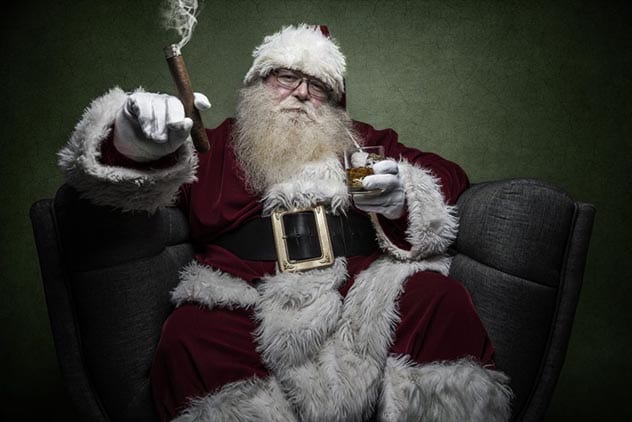 In 2009, the inevitable happened. Health experts gave Santa Clause’s jolly disposition one look and decided the man was no role model for kids. One particularly vocal physician was Dr. Nathan Grills from Australia. While his views were logical, his suggestions were a little weird.

Grills accused Santa of gleefully promoting an unhealthy lifestyle. The iconic figure was obese and had no problem speeding with his vehicle. Since many cards depict him with a pipe, Grills also said that Santa was basically a free tobacco ad. Worse, Santa is a drunken driver. According to literature and tradition, people leave him brandy as a gift. Billions of houses equal billions of brandies. Santa’s blood alcohol level would set a breathalyzer on fire.

By Grill’s estimation, this careless theme boosts the reckless behavior of people over the holiday season. He claimed the opposite was possible, that Santa has the power to change countless lives for the better. Indeed, a study showed that millions of children take the red-clad figure very seriously. But Grill’s suggestion for Santa’s new image might never catch on. According to him, Santa should be depicted as a slim man on a treadmill. 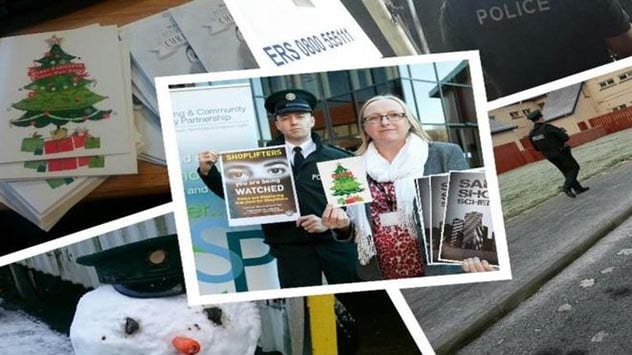 Most people who mail Christmas envelopes keep an address book. Inside, they dutifully note the friends and family who will receive a card. The police department in Northern Ireland also has an address book with a list. However, their festive-themed cards have a very different purpose.

Criminals love Christmas. Shoplifters, in particular, are dazzled by the festive offers. Unsurprisingly there is a marked uptick in-store thefts during this time. The Irish police decided to try an unusual tactic. In 2016, Operation Nutmeg swung into action. At the core, the project aimed to deter people from hiding stuff in their long coats and walking out without paying.

The names and addresses belonged to known offenders. The most prolific pinchers were sent a Christmas card but instead of seasonal wishes, they were warned that the police would be watching them. 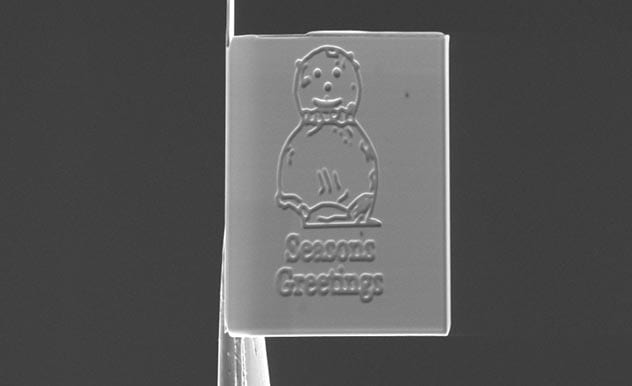 Combine 200 of the world’s smallest Christmas cards and they will cover the area of a postage stamp. As the brainchild of the National Physical Laboratory (NPL) in the United Kingdom, the card is measured in microns. Just to underline how small that is – a micron is a millionth of a meter. Created in 2017, the card was 15 microns (0.015 millimeters) wide and 20 microns (0.02 mm) tall, making it thinner than a human hair.

The card can only be seen under a microscope. It shows a happy snowman and the words “Season’s Greetings.” Incredibly, the minuscule message can be opened. Inside are the words “From NPL.” To make the card, researchers selected a membrane of silicon nitride and coated it with an excruciatingly thin layer of platinum. An ion beam, using fast-moving particles, engraved the message and design.

The exercise was not a whimsical waste of laboratory hours. The materials and tools used to create the card was a test run to refine technologies at the micron-scale. Successful miniaturization always improves the fields of electronics and medicine. In this case, it broke a world record and brought the delicate technology a step closer to mainstream use.

1The Only Photo Of A Secret Meeting 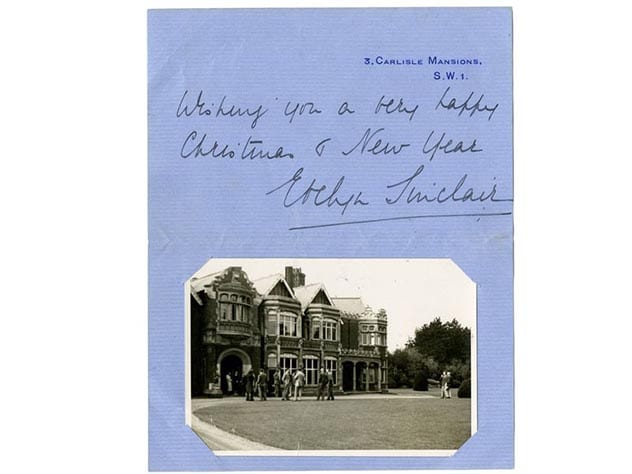 In 1938, a group arrived at a manor house in England. To the casual observer, the 150 men and women descended upon Bletchley Park for a weekend party. But the light-heartedness and mingling was a cover. In reality, the guests were codebreakers from M16 and the Government Code and Cypher School.

The gathering was a crucial operation to crack Italian naval codes. Their work before and during World War II was so important that historians believe the so-called “Captain Ridley’s shooting party,” might have shortened the war by two years. Due to the secret nature of their work, the codebreakers were never publically put on a pedestal.

No photographs of the meeting existed until a Christmas card surfaced. In recent years, the daughter of a female codebreaker found the card between her mother’s belongings. It was a simple affair. The blue paper was nondescript with a photo on the cover showing people on Bletchley Park’s front lawn. It’s cliché message ran “Wishing you a very happy Christmas & New Year.”

Experts believe it was mundane on purpose. Not wanting to attract attention to a secret group, the person who send the card was Lady Evelyn Sinclair, the sister of the chief of M16. She addressed it to codebreaker Joan Wingfield as a subtle but heartfelt thanks for the team’s work.

For more awesome lists like this, check out 10 Times Christmas Was Saved, and 10 Unique Ways To Celebrate Christmas In The United States