You may have heard of spontaneous combustion, but the phenomenon of animals literally exploding is less well-known. Some creatures purposefully detonate as a suicidal defense mechanism to protect other members of their colony, while others explode after death with catastrophically messy results. There have even been occasions where humans have used hapless animals as bombs during warfare. Here’s our round-up of the most noteworthy cases of exploding animals (including humans) throughout history. 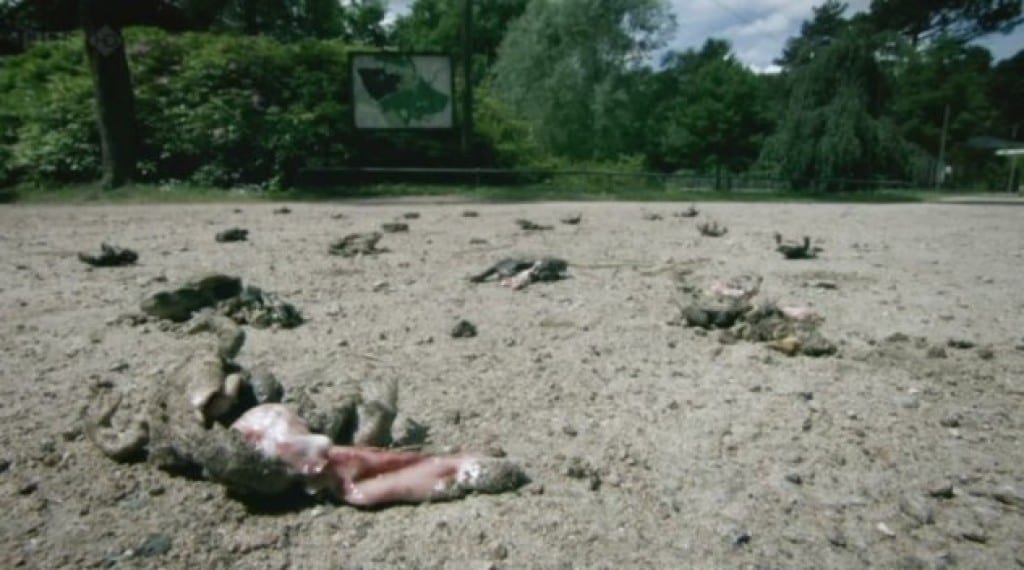 While exploding toads may sound like the work of science fiction, it’s a phenomenon that was first seen in Germany in 1968, although there have been recorded cases in Belgium, Denmark, and the USA. The most well-publicized incidence of dirigible amphibians happened in 2005 around lakes in the Altona district of Hamburg, Germany. Over 1,000 toads swelled up and burst, causing their internal organs to fly out. This led to the area being named as the ‘Pond of Death’ by the press.

Although scientists were at first perplexed as to why the toads’ natural defensive reflex to expand in the face of a predator appeared to have suddenly gone horribly wrong, an expert called Frank Mutschmann finally solved the riddle. It turned out that the finger of blame could be squarely pointed at the area’s crow population. Upon examining the corpses of recently-exploded toads, Mutschmann discovered that they all had a tiny round incision on their backs typical of those made by a crow’s beak. The brainy birds had figured out that the best part of a toad to eat was the liver, and they removed them through the toads’ backs to prevent ingesting the poison on the skin. When the toads realized they had been attacked, their natural reaction was to puff up defensively. As the liver is responsible for holding the toad’s internal organs in, this caused the lungs to expand uncontrollably, leading to their rupture and the inevitable messy explosion of the toad.[1] 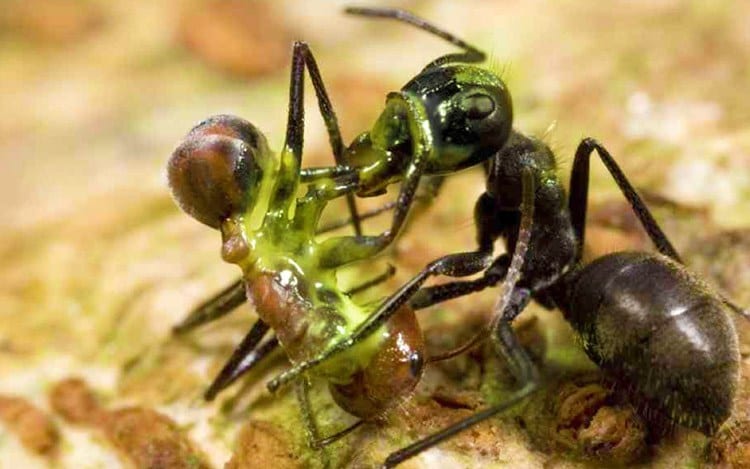 The aptly named Colobobsis explodens ants native to Borneo have a rather drastic way of dealing with predators. These small, reddish ants lack usual defense mechanisms such as stings but have a far more explosive weapon in their arsenal.

When Colobobsis explodens detect a threat, they give out a warning by showing the enemy their rumps. If this doesn’t work, the ants clamp down on the predator with their jaws and tighten their abdomens until they blow up, releasing a poisonous yellow fluid with an unusual, curry-like scent. While this method of defense is fatal for the individuals involved, their self-sacrifice protects the rest of the colony from being devoured.[2]

When a whale dies, decomposition gases can build up inside the carcass at such high levels that it explodes. That’s exactly what happened in the city of Tainan, Taiwan, in 2004. The unfortunate creature had been washed up on a beach and passed away before rescuers arrived. It was decided that the whale should be transported to a research facility, and its colossal 50-tonne weight meant that it took workers 13 hours to load it onto a trailer, during which time it became bloated with gas.

The whale attracted a large amount of attention from bystanders as it passed through the city, who were all sprayed with blood when the whale detonated, causing its internal organs to explode into the street. Locals were forced to wear masks to block out the stench as the performed a mammoth clean-up operation. The whale was later declared to be the largest specimen ever found in Taiwan.[3] 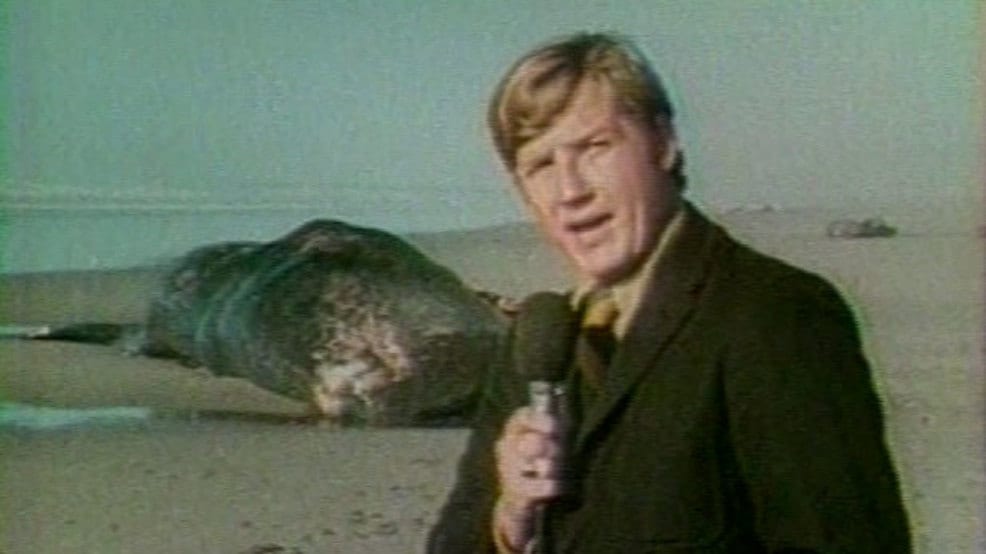 The spontaneous explosion of a dead whale carcass isn’t as uncommon as you might think. However, on one memorable occasion, humans gave nature a helping hand. When a dead whale was beached in Florence, Oregon in 1970, officials had to decide how to dispose of it. Cue highway engineer Paul Thornton, who had the idea of using dynamite to explode the carcass.

Thornton had intended for the pieces to drift away harmlessly into the sea, but things didn’t quite work out that way. Despite a quarter-mile cordon around the area of the explosion, onlookers had to run away as massive pieces of the dead whale came flying towards them. A piece “the size of a coffee table” completely demolished a parked car according to Paul Linnman, a journalist covering the story.

Apart from being messy, Thornton’s method of clearing up a dead whale by exploding it was woefully ineffective. A large part of the whale remained in situ, which had to be buried. However, the Oregon Whale Explosion of 1970 went down in history and later became one of the most popular online videos of all time.[4] 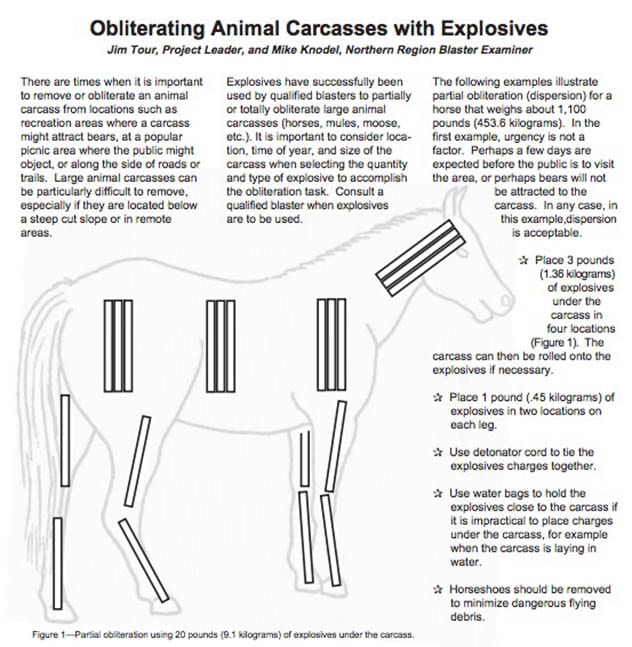 If you thought that Oregon’s whale explosion was a one-off, you wouldn’t be entirely correct. Exploding animal carcasses as a means of disposal is actually reasonably common in the USA. In fact, The United States Department of Agriculture Forest Service has its own guide on how to blast large animal carcasses such as horses, mules, and moose to oblivion, aptly named ‘Obliterating Animal Carcasses with Explosives’. It was written by Jim Tour and Mike Knodel, who has the rather unusual job title of ‘Region Blaster Examiner’.

The guide details how to place explosives in various locations under the carcass to achieve either ‘dispersal’ or ‘total animal obliteration’ depending on the end result you’re going for. It reminds readers to always consult a ‘qualified blaster’ before blowing up any large dead animals you may have lying around.[5] 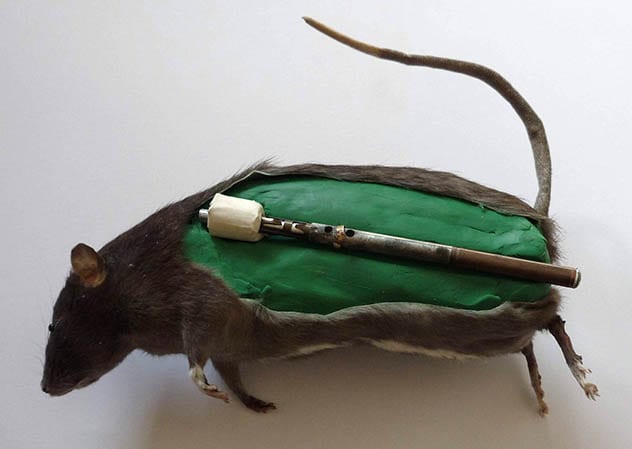 During the Second World War, British secret agents hid explosives in all manner of innocuous-looking containers from bars of soap to bottles of wine. However, perhaps the most unusual explosive device ever invented was the rat bomb. Agents skinned the rodents and packed them with plastic explosives, planting them next to furnaces. The intention was that an unwitting German would throw the dead rat inside, leading to a devastating explosion.

Unfortunately, things didn’t go quite as planned and the consignment of exploding rats was discovered by the German National Socialists before they could ever be used behind enemy lines. However, the discovery had an unintended consequence that placed the Allies at an advantage. The rat bombs caused significant concern amongst the German forces and prompted a lot of time to be wasted searching for rat bombs across the continent that didn’t actually exist.Top 10 Surprising Abilities And Facts About Rats” rel=”noopener” target=”_blank”>[6] 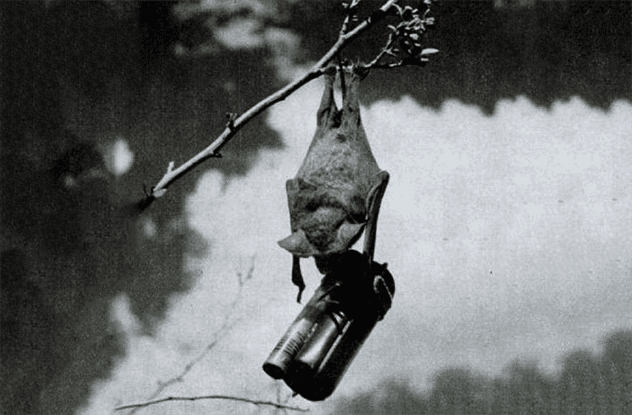 Rats weren’t the only animals that the Allied forces considered using to bomb their enemies. Following the Pearl Harbor attack, a dentist from Pennsylvania called Lytle S. Adams came up with the novel idea of using bats to bomb Japanese cities after observing the creatures’ behavior while on vacation in New Mexico. He reasoned that bats could penetrate all areas of the country, starting fires and causing chaos without excessive loss of life.

Perhaps surprisingly, his plan was developed by the National Research Defense Committee, who gathered a team of experts to explore the idea further. Having decided to use Mexican free-tailed bats, they designed a tiny bomb for the creatures to carry. However, it turned out that bombing a city using bats was fraught with difficulty. For one thing, the bats had to be cooled and transported on ice to keep them in a state of hibernation. A special container also had to be designed to release the bats in mid-air. During a test run, some of the bats were let loose by accident, which led to an air hangar catching fire. In the end, the project was abandoned, although a total of $2 million was spent on developing the exploding bats.

As for Adams, his days as an inventor were not over. He went on to develop several other eccentric ideas including bombs hidden in seed packets and a vending machine dispensing fried chicken.10 Oddities That Interrupted Military Battles” rel=”noopener” target=”_blank”>[7] 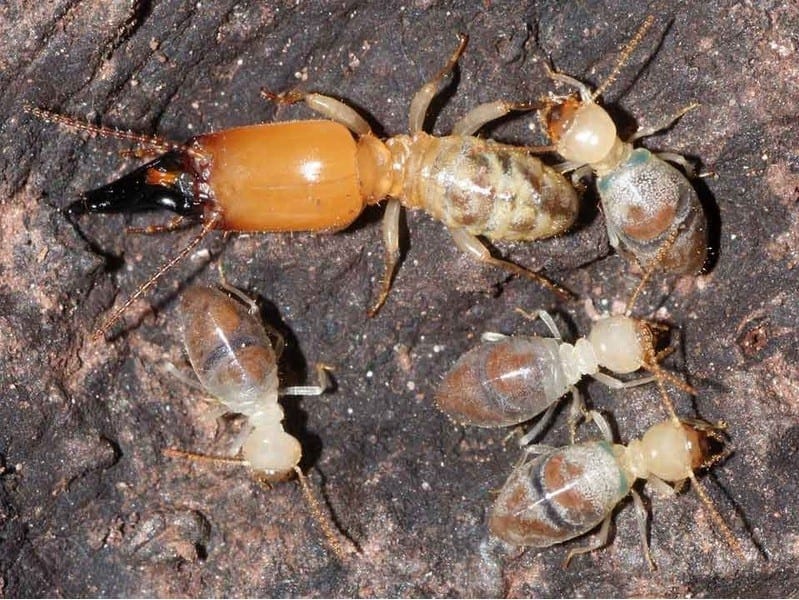 In the rainforests of French Guiana lives a species of termites that defend their colony by blowing themselves up in the face of their enemies. The Neocapritermes taracua species carry a sack of poisonous blue fluids on their backs dubbed as ‘explosive backpacks’. These gradually fill with toxic crystals throughout the course of the animal’s life, which means that the oldest individuals have the largest backpacks and are therefore the most lethal.

While older termites aren’t so good at performing jobs for the colony such as foraging for food, they come into their own when under attack. When a predator threatens the colony, elderly termites explode their backpacks in their direction, showering them with toxic blue liquid. Their self-sacrifice protects the community while the younger, healthier members maintain the colony.[8] 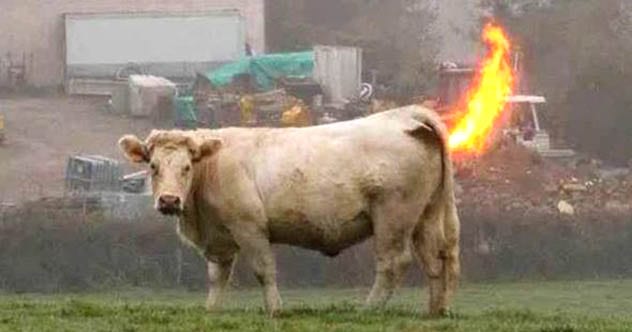 While we’ve seen a lot of animals that blow themselves up, a strange occurrence in Germany proves that gassy cows can cause whole buildings to blow up en masse. In 2014, a group of flatulent cows caused a cowshed in Rasdorf, Germany to explode. The 90 cows, each of which produces up to 500 liters of methane gas every single day, caused dangerously high levels to build up inside the building. This ignited because of a static electricity charge, causing an explosion and flames. The blast damaged the roof and injured one of the unfortunate bovines, who had to be treated for burns.

Scientists are trying to find ways to stop cows from belching out such high levels of methane. Livestock farming is thought to produce 14% of all greenhouse emissions caused by humans, and methane is one of the most harmful to the planet as traps around 25% more heat than carbon dioxide. The AgResearch institute in New Zealand is attempting to combat this problem by developing a vaccine against the microbes that live in cows’ guts and produce methane. If the experiment succeeds, it could be a useful weapon in the battle against climate change (and prevent any more cow-related barn explosions).[9] 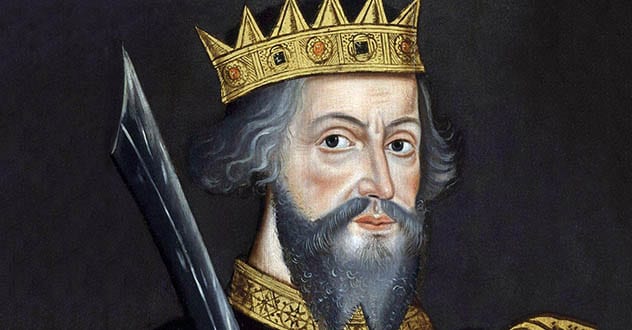 The story of William the Conqueror’s funeral is a farcical one that culminates in his unfortunate explosion. Accounts of how he died vary, with some stating that he became ill and collapsed with exhaustion during battle and others saying that his large stomach was forced into his saddle pommel causing a terrible wound.

William’s body was laid out in state, but the room was raided, and his nude corpse was left on the floor. After being hastily (and, if the accounts are to be believed, sloppily) embalmed, William was transported to Caen in France. Almost as soon as he arrived, the town caught fire. When the body finally made it to the Abbaye-aux-Hommes, a man announced that William had stolen the land from his family and objected to him being buried there. The man was offered compensation, and the church eulogies began. As the swollen body was pushed into the coffin, the abdomen burst open, filling the abbey with such a foul smell that the rest of the funeral was completed as hastily as possible. It’s unclear whether this sorry tale is actually true, especially as William was unpopular with certain religious factions who would have enjoyed hearing of his grisly end.

William isn’t the only English monarch rumored to have exploded at his own funeral. Some accounts of the funeral of the Tudor king Henry VIII state that his body exploded inside the coffin and that dogs licked up some of the fluids. However, this could be a tale cooked up to paint the dead king in a poor light, as it mirrors the biblical story of wicked King Ahab, whose blood was licked up by dogs after his death.[10]

Top 10 Incredible Animals That Do Not Grow Old