True crime stories can frighten and excite us at the same time. We reach for the latest book on the shelf ready for another look into the sadistic world of serial killers and mass murderers to ask ourselves more questions about their dark world. What is it that makes them tick? How did they become evil? Why would these monsters choose to take the life of an innocent victim in such a brutal manner?

Real-life crimes are never an easy read, however, there are some crimes that are documented in such graphic and disturbing detail by these following authors that you will struggle to sleep at night.

10 The Last Victim by Jason Moss 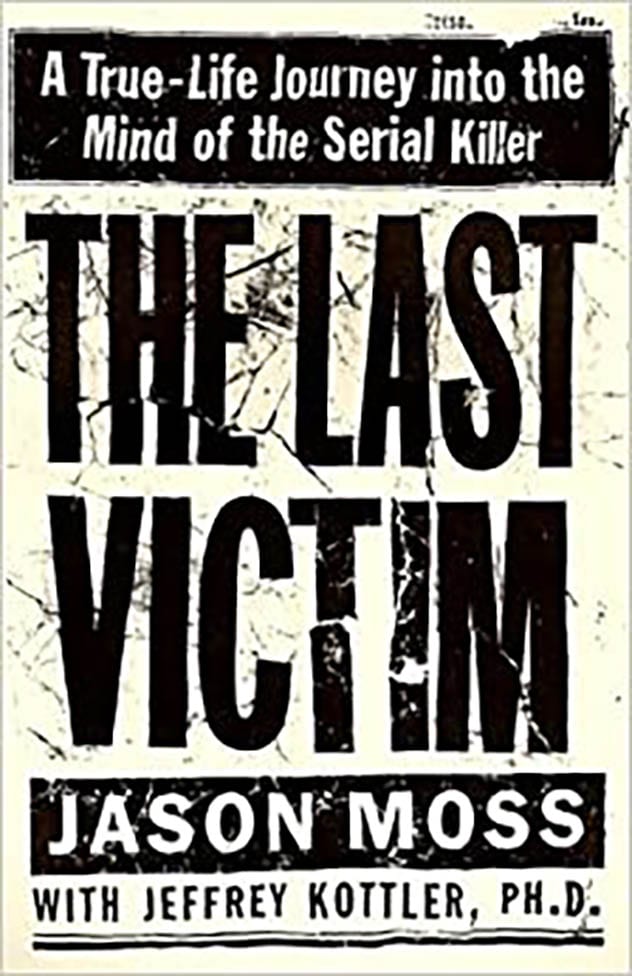 College student Jason Moss began writing letters to serial killers as part of a research project. He built relationships with John Wayne Gacy, Richard Ramirez, Henry Lee Lucas, and Jeffrey Dahmer. His closest correspondence was with Gacy who got ‘inside the mind’ of Moss and disturbed him so greatly, he said, “It made me sick to my stomach to read about what he did to those kids—how he tortured them and raped them for hours and sometimes days. And then you talk to him. It’s hard to keep in perspective who he is when you speak to him every single day. Gacy was part of my life.”

Moss then became Gacy’s ‘Last Victim’ when on the morning of June, 6th, 2006, he died from a self-inflicted gunshot wound to the head. The book, co-authored with counseling professor Jeffrey Kottler, is a reminder why you should never get too close to serial killers.[1]

9 The Basement: Meditations on a Human Sacrifice by Kate Millet 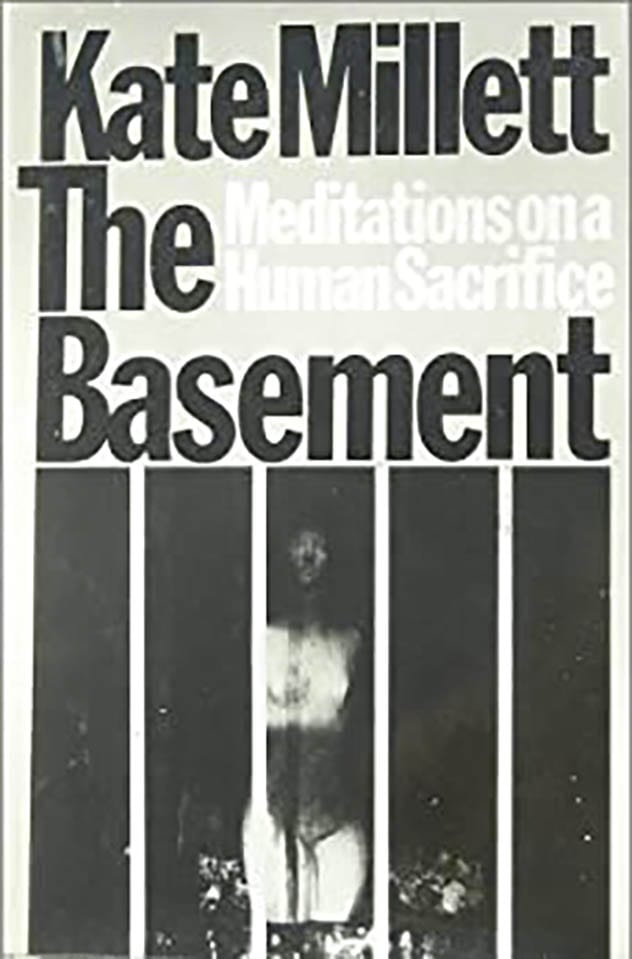 In October 1965, police in Indianapolis found the body of 16-year-old Sylvia Likens and the words “I am a prostitute and proud of it” carved onto her stomach. The Basement: Meditations on a Human Sacrifice details the disturbing events that led up to the brutal torture and murder of a young girl that reads like a real-life horror story with every turn of the page.

Likens had been left in the care of Gertrude Baniszewski who subjected her to three months of being beaten, starved, force-fed feces, and burnt with cigarettes and scalding water. On one occasion, Baniszewski broke her own wrist as she beat Likens so badly—later using the cast against her again as a weapon. The author Kate Millet wrote the book after a 14-year fascination with the case and it makes for a deeply disturbing read that would be enough to traumatize anyone.[2]

8 Small Sacrifices: A True Story of Passion and Murder by Ann Rule 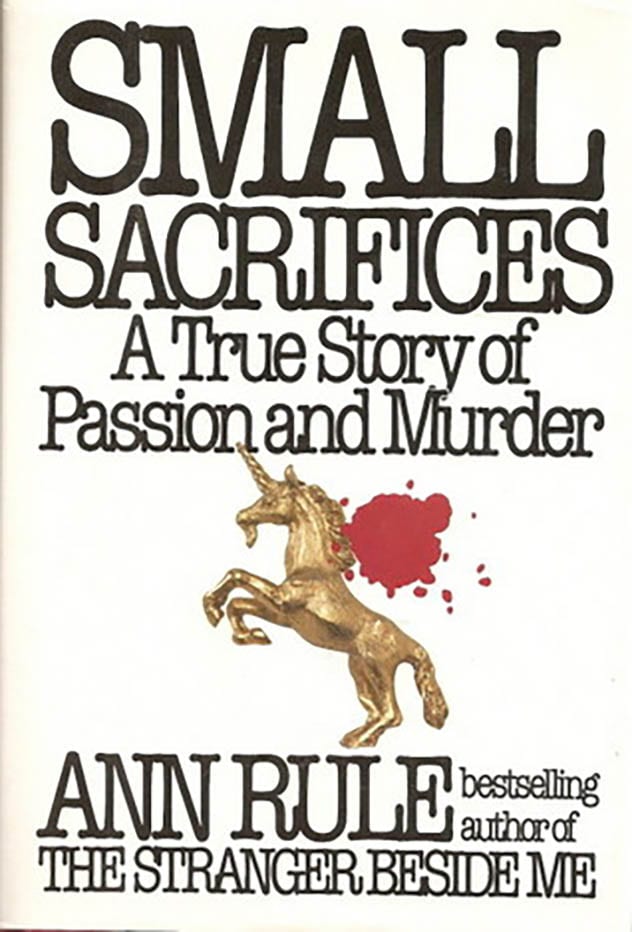 True crime author Ann Rule sets out to answer the question: ‘What would compel a mother to murder her three children?’ In Small Sacrifices: A True Story of Passion and Murder, the story of Diane Downs shows just how far one woman will go to seek the love she craves—no matter what the cost. In 1983, Downs claimed a strange man had shot her three children but hospital workers became suspicious when her behavior was not appropriate for someone who had suffered such a traumatic event. Later, it was discovered that Downs committed the cold-blooded killings so she could enjoy her extra-marital affair.

Sentenced to life in prison, the book looks back on the life of Downs, who herself was a victim of rape and mental torture throughout her whole life. Downs was a victim herself turned murderer. It’s a harrowing look at how evil experiences can have an impact on a person’s own moral compass.[3]

7 The Perfect Victim by Carla Norton and Christine McGuire 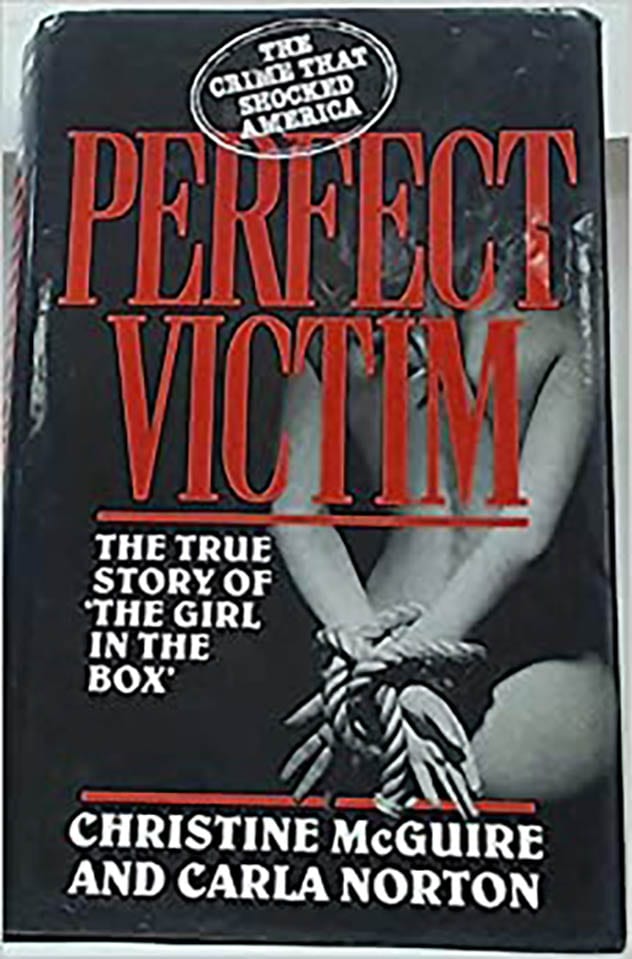 In 1997, 20-year-old Colleen Stan was hitchhiking in Eugene, Oregon, when she accepted a ride from Cameron and Janice Hooker. Once the twisted couple had Stan in an isolated area, they forced her into a locked box that prevented any light or air from entering. Over the seven years that followed, Stan was used as a sex slave for Cameron’s pleasure; referred to only as ‘K’, forced to call her captors ‘Master’ and kept in a box under the couple’s bed for up to 23 hours a day.

When Janice finally broke and reported her husband’s crimes to the police, she testified against her him in exchange for full immunity. The Perfect Victim details the years of hell Stan was subjected to and how the Hookers managed to live a completely normal life—entertaining friends at their own home—all whilst their victim was locked in a box right under their own bed.[4] 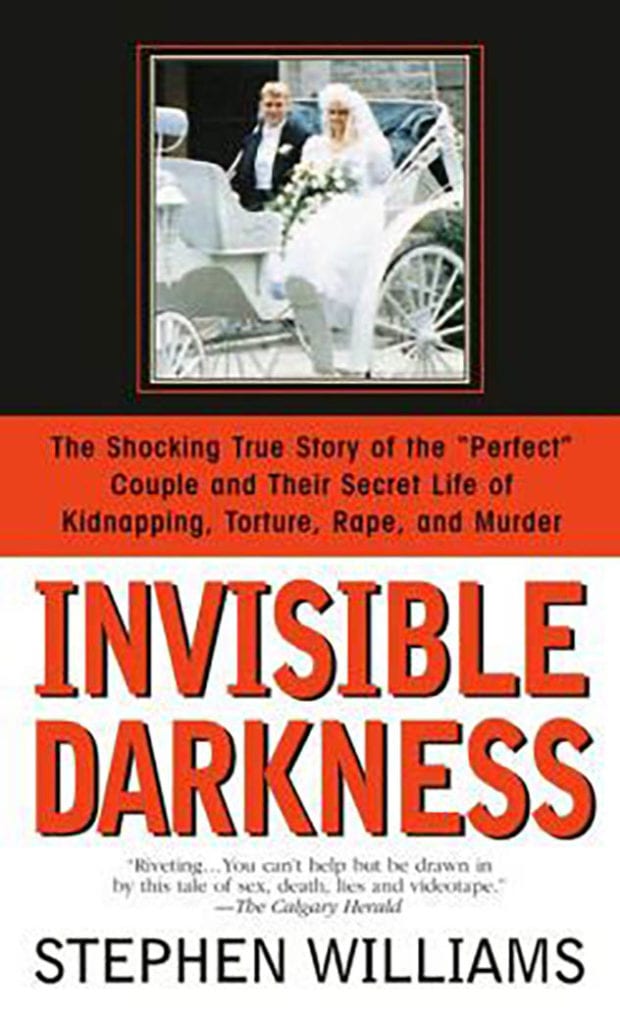 Paul Bernardo and Karla Homolka were known as the ‘Barbie and Ken couple’—attractive, in-love and fun. However, they hid a frightening secret and that was their thirst for brutality. Between the years of 1991—1992, the Canadian couple murdered three teenage girls including Karla’s 15-year-old sister, Tammy. During the investigation, Homolka claimed she was an unwilling participant in the murders; a victim herself who had also suffered abuse at the hands of Bernardo. She struck a plea deal with prosecutors which allowed her to walk free from prison after 12 years in contrast to Bernardo’s life sentence.

Invisible Darkness offers an insight into what devastating events can take place when two forces of pure evil come together. Detailed, horrifying explanations of the crimes will keep you awake at night wondering just how many other monsters like Bernardo and Homolka are out there in the world.[5]

5 The Stranger Beside Me by Ann Rule 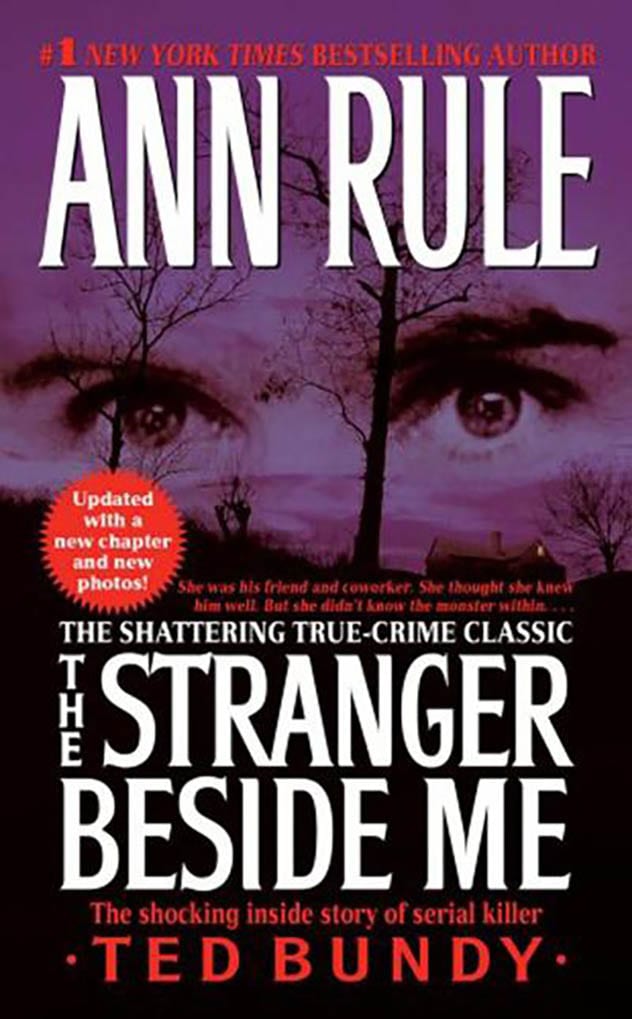 Ann Rule had a first-hand encounter with one of the most notorious serial killers of all time—Ted Bundy. During her time working on a suicide-prevention hotline, she was sat beside her handsome and charismatic colleague who was very good at his job as she later recalled, “Ted Bundy took lives, but he also saved lives.” Rule then had no contact with Bundy for two years until he called her to ask why his law-school records had been subpoenaed and she spoke with the Major Crimes Unit, who offered the explanation: “He’s just one of 1,200 people being checked out, it’s a routine inquiry.”

What followed was the unraveling of just how many murders Bundy was really responsible for. Between 1974 and 1978, Bundy had killed at least 30 young women and girls in seven states. The Stranger Beside Me is a grim reminder that most of the time we don’t really know who we might be sitting next to.[6] 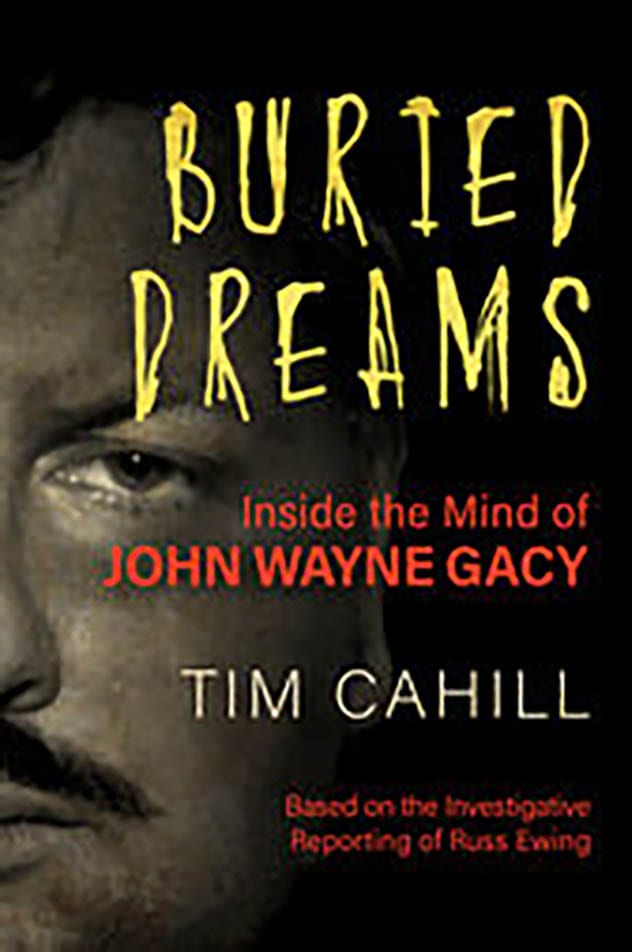 From an abusive childhood to claiming the lives of at least 33 young men and teenage boys—serial killer John Wayne Gacy will go down in history as one of the worst men to ever have lived. Wall Street Journal called journalist Tim Cahill’s account of Gacy’s life “the stuff of wrenching nightmares” with each murder during his five-year killing spree retold in graphic detail.

Gacy’s modus operandi was to lure his victims with the promise of work through his own contracting company. Once in his trap, he would drug them, restrain them and kill them—often using a sock or their underwear to muffle the screams. After the killings, he would hide the bodies in the crawlspace of his home and when police uncovered the grisly crime scene they discovered the remains of 27 victims. Gacy was the very definition of what it really means to be a monster.[7]

3 Helter Skelter: The True Story of the Manson Murders, by Vincent Bugliosi and Curt Gentry 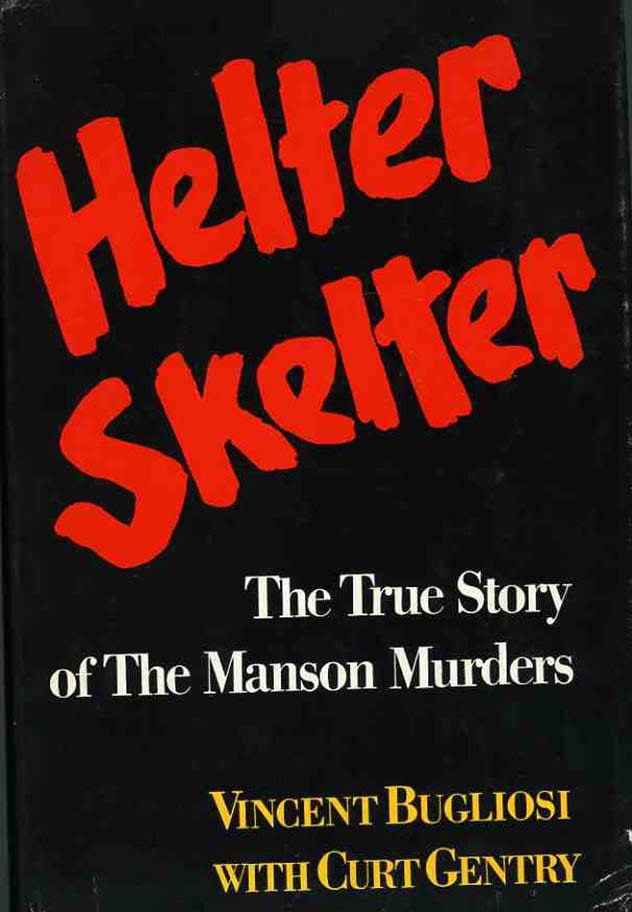 On the night of August 8th, 1969, cult leader Charles Manson told his followers—Susan Atkins, Patricia Krenwinkel, and Charles “Tex” Watson—to go to 10050 Cielo Drive, Los Angeles, and “totally destroy everyone in (it), as gruesome as you can.” The victims that night were actress Sharon Tate, 18-year-old Steven Parent, celebrity hairstylist Jay Sebring, Wojciech Frykowski and his girlfriend coffee heiress Abigail Folger.

The murders were even more disturbing knowing that Tate, who was just two weeks away from giving birth, had offered herself as a hostage in exchange for her child’s life to be spared. Tex Watson later revealed that Tate cried: “Mother … mother …” as she was stabbed to death. Helter Skelter is a dark, twisted read with a detailed account of that night that shocked the world penned by Vincent Bugliosi who served as the prosecutor during the trial of Charles Manson.[8]

2 The Shawcross Letters: My Journey Into The Mind Of Evil by John Paul Fay 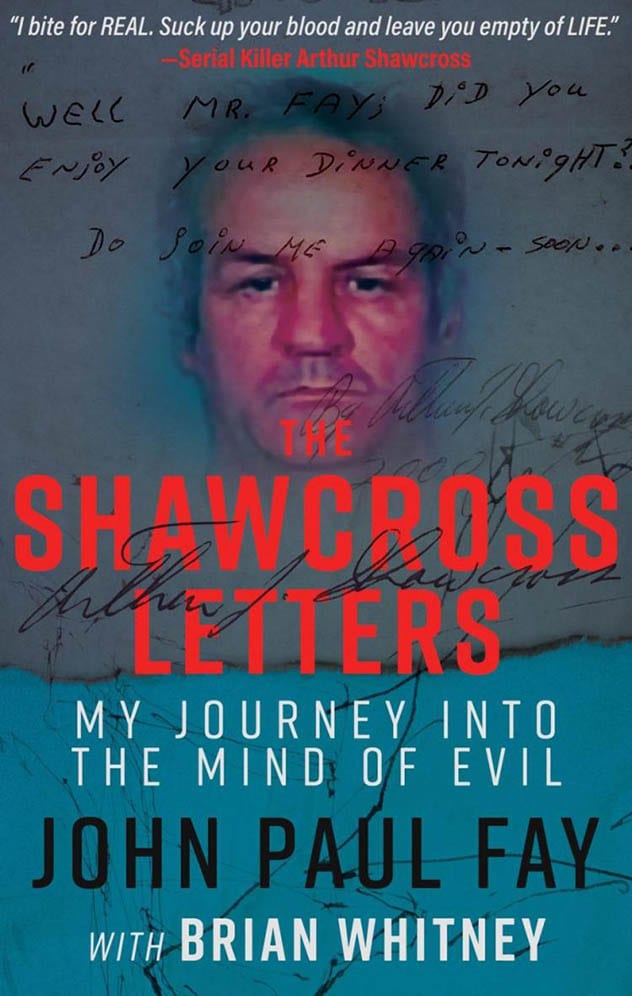 Arthur “Genesee River Killer” Shawcross crawled the streets of Rochester, New York, looking for sex workers to abduct and kill between the years of 1972—1989. In 1972, he killed two young children in his hometown but took a plea bargain and only served 12 years of a 25-year sentence. Following his early release from prison, Shawcross stalked out his new victims and killed 14—often gutting and cannibalizing the corpses.

The Shawcross Letters: My Journey Into The Mind Of Evil is a look inside the mind of one of the most disturbed serial killers of all time. He struck up a relationship with murder memorabilia collector turned biographer John Paul Fay and shared with him intimate details about his crimes that no reader would be able to easily forget. The stomach-turning graphic details of each rape and murder will leave you lying awake at night as many would suggest not turning the pages of this book at all.[9] 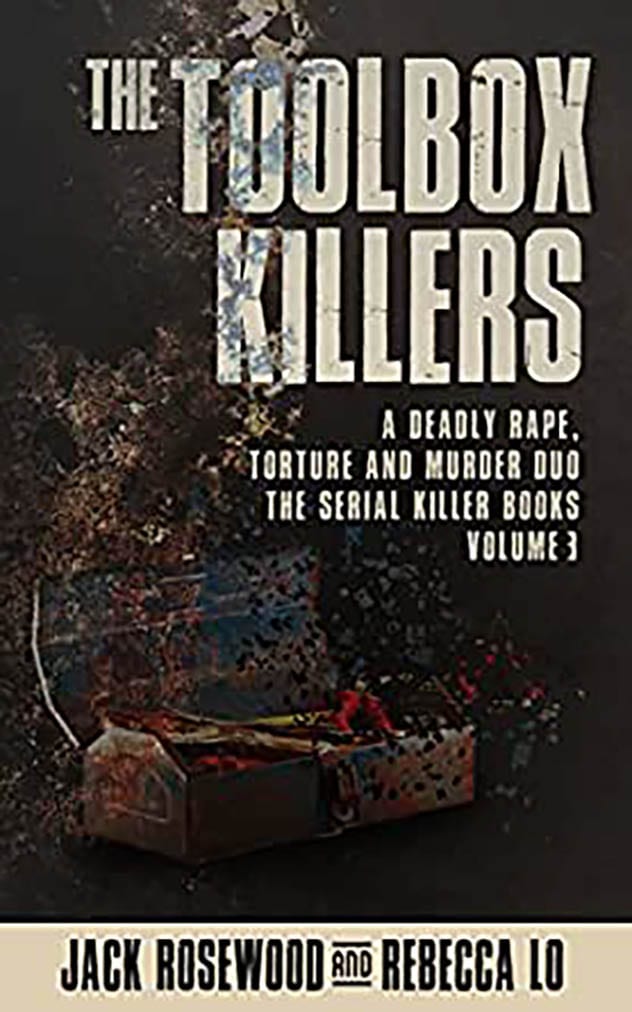 Lawrence Bittaker and Roy Norris were two sadistic psychopaths who met by chance behind bars for previous crimes and together became known as The Toolbox Killers. In 1979, they kidnapped, tortured and murdered 5 teenage girls who they offered rides to over a period of five months and even recorded their sinister crimes. The brutality of the murders changed how young women and girls would walk the streets of southern California as everyone lived in a new kind of terror.

The Toolbox Killers: A Deadly Rape, Torture & Murder Duo looks in stomach-churning detail at the horrific pain and suffering inflicted on these teenagers as well as the psychological make-up of the killers responsible. There are also many questions asked such as what would have happened if the deadly duo had never met? The accounts throughout the book will make you question the true depravity of humankind and will leave you awake at night.[10]