We all know spices make food taste great and that different cultures use them to make their cuisine special and authentic. You can often quickly identify the origin of a dish you are enjoying by the spices it contains; but do you know spices can be used for things other than cooking? Spices have been a valued commodity throughout history and have played a part in major historical events such as the discovery of new territories, wars, treaties between empires, and have even been used as currency. Our life, as we know it today, would not be the same without the existence of spices. Their use has changed the course of human history, not only by shaping the way we cook and eat, but also by affecting the way we lived and traded. Let’s explore a few ancient and current ways in which spices have been used outside of the kitchen that you probably didn’t know about. 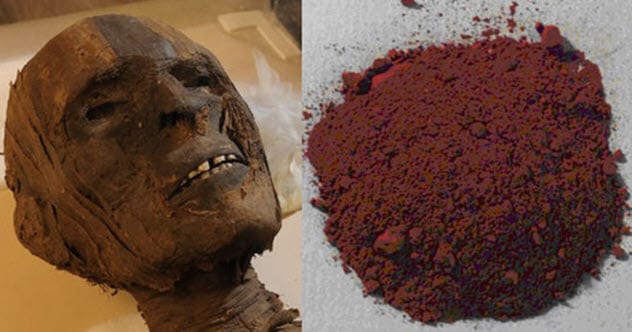 Masters in matters of mummification, the ancient Egyptians used a combination of spices, among other things, to preserve the bodies of the deceased. After extracting the brain through the nose and removing the organs (or dissolving them by injecting resin into the abdomen), the bodies were cleansed with a mix of spices. Myrrh was the most crucial component; it was used as an insect repellant on the bodies and the surrounding environment. Cinnamon was used in oil-form for its anti-fungal, antiviral, and antibacterial properties. Cumin, also an antibacterial, was used in addition to anise oil’s antiseptic and antimicrobial properties to prevent decay and putrefaction. 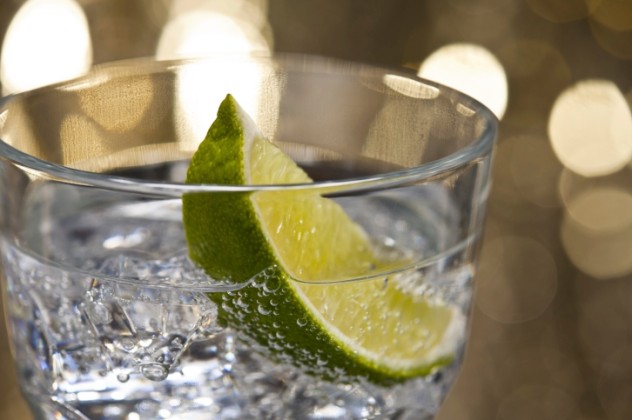 One of the most aromatic distilled alcoholic drinks is gin. Each distillery uses a different mix of “botanicals” to make their signature drink, but most of them include at least one of the following spices: coriander, cardamom, anise, black pepper, cinnamon, or saffron. Gin connoisseurs can even tell distilleries apart by the predominant spice used in the drink. Another popular alcoholic drink infused with spices is Spiced Rum. You can even make it at home by infusing regular rum with spices such as vanilla, cinnamon, allspice berries, cloves, peppercorns, nutmeg and ginger. Other notable spiced drinks include liqueurs such as Creme de Menthe, Campari, Fernet, and Jaegermeister, which all use spices to obtain their unique taste. 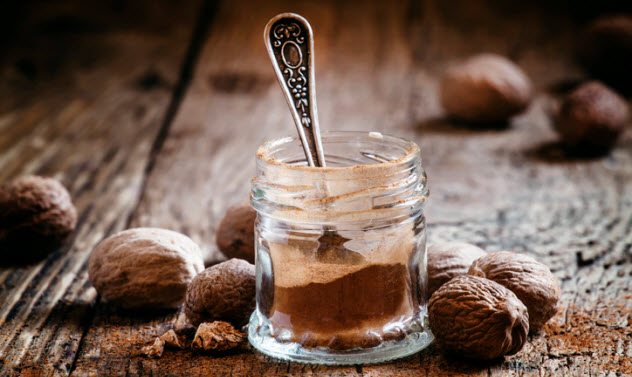 Nutmeg and cinnamon have both been studied for their calming and sleep aiding properties. While the efficacy of most natural remedies is difficult to prove, traditional medicine enthusiasts swear by the calming properties of nutmeg and its ability to help you fall asleep and stay asleep. However, beware of consuming too much nutmeg. Overconsumption has been known to cause hallucinations, among other nasty side effects. There is even a state called “Nutmeg psychosis” in which people have been known to experience agitation and even a sense of doom! If you suffer from insomnia but are hesitant to try out nutmeg, cinnamon is your safest bet. 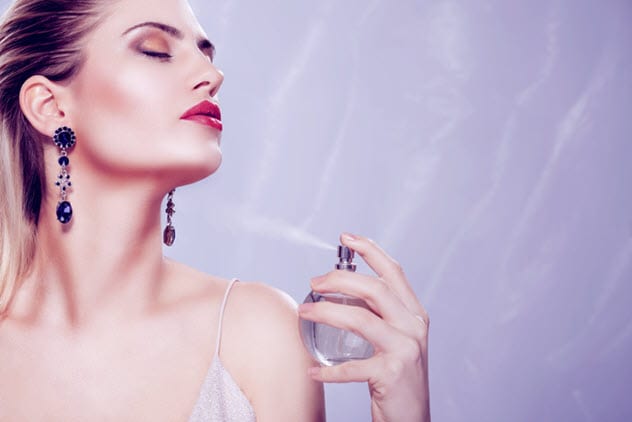 Before the invention of the modern bath or shower, people couldn’t clean their bodies with soap and water as we do now, so they depended on perfumes and colognes to mask their body odor. Imagine how potent these had to be to mask weeks of body odor and sweat! Some perfumes at the time were even deemed “medicinal” for their use in combating “bad air”, which was thought to cause and spread illness. Before modern hygiene standards, bad smells were synonymous with disease entering our body through the nose, hence the use of perfume to eliminate them. Nutmeg, pepper, cinnamon, cloves and myrrh were infused with alcohol in ancient practices of perfume and cologne making. Their potent smell, combined with other herbs and flowers, was key in the development of modern fragrances. 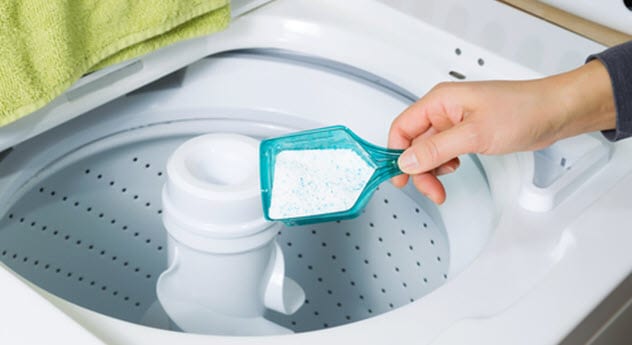 If you want to go all natural and avoid the use of chemicals in your laundry routine, try using sachets containing spices. These are not meant to replace your fabric softeners, but instead are meant to add a pleasant scent to your washed clothes. You can also store them in your drawers between your clothes or on hangers in your closet to perpetuate a clean, earthy scent. It’s very easy to make one—in a cloth pouch, add cloves, cinnamon or nutmeg (whole, not ground) and mix with lavender, rose petals or your favorite dried flower and throw the sachet in the drier and voila, homemade scent sachets! These sachets can also prevent bacteria from building up in your closets or drawers, depending on the antimicrobial and antibacterial properties of the spices chosen. 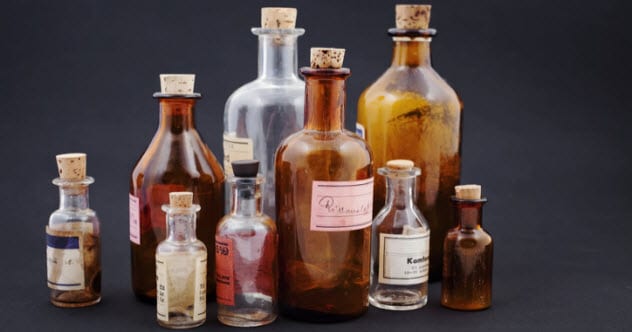 Herbal tinctures are concentrated liquid forms of one or more herbs or spices. Generally, they are made from parts of plants soaked for a few weeks in vinegar or alcohol. Tinctures are used as natural remedies and generally taken orally by placing a few drops underneath the tongue. Please do not try to make them at home—some plants, or parts of them, can be poisonous if not used properly. One of the most popular spice tinctures is made of turmeric. It is widely used as an anti-inflammatory to reduce inflammation and as an antioxidant compound. Before consuming anything, always consult with a doctor or nutritionist—you want to make sure you’re consuming the right amount of spices for your unique situation. 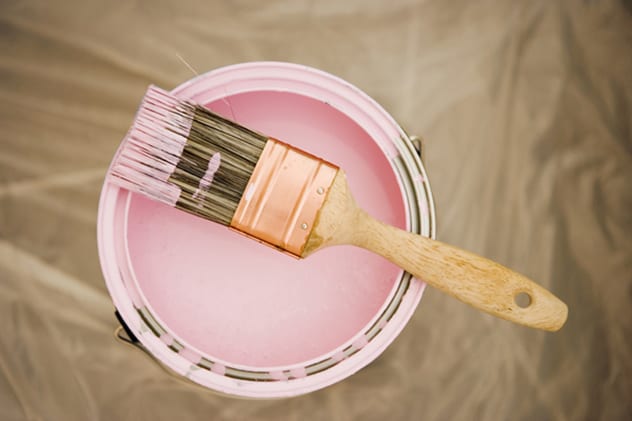 There are two popular ways you can make your own paint. The easiest is to mix a tablespoon of any brightly-colored spice with a bit of water to create a paste. The spice will not dissolve entirely, but the water will become stained with its color and it can then be used it to make Easter eggs or a soft, watercolor-effect painting. This is very similar to a technique used by humans thousands of years ago to create cave paintings and colorful pottery. They used everything from spices to blood, berries, roots, and minerals.

The second way to make paint is to mix the spice with white tempera paint to make a more permanent color. This is a great way to keep children entertained and to teach them about color theory and the distinct smell of each spice. Paprika makes a great reddish paint, turmeric a lovely yellow, and cinnamon is perfect for brown. It is a great sensory experience for both children and adults and can be a fun way of experimenting on a budget!

3 Keeping animals away from your garden 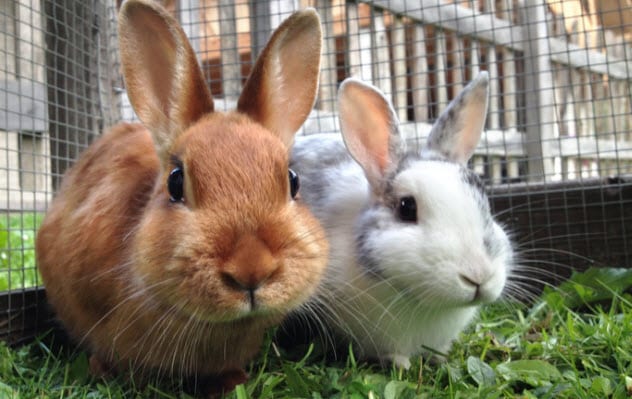 Wild animals can be very cute, especially bunnies! We all love them, but if you are trying to grow your own veggies, they will become your sworn enemy. While we do not want to harm cute wild animals, we do want to keep them out of our gardens and away from our delicious vegetables. The best way to achieve this is by sprinkling the ground around your vegetable patch with strong spices like cayenne pepper, chili powder or red pepper. This will not only keep pests away, but will also enrich your soil and protect it from bacteria. Just be careful when watering your garden—try to avoid these areas or you will have to sprinkle spices on the ground more frequently. 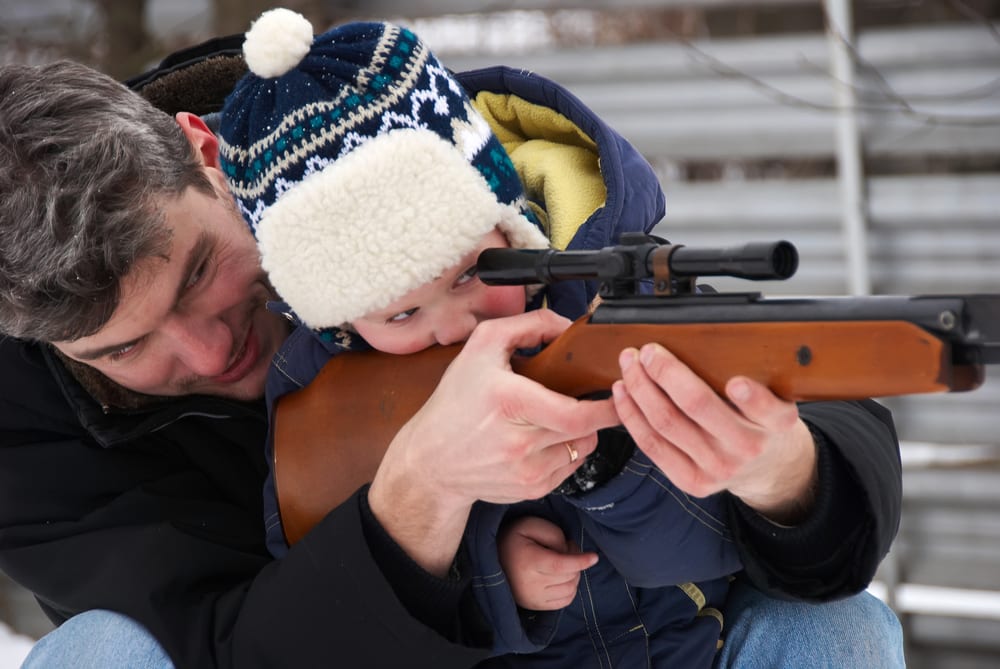 While they are not a replacement for medicine, spices can improve your overall health when they are incorporated into your diet. Numerous studies have been conducted on the health benefits of different spices. For instance, cinnamon has shown to help lower blood sugar levels in people with type 2 diabetes and to reduce high blood cholesterol and triglyceride levels.

Turmeric is widely known to fight inflammation- curcumin, one of its key components, may reduce inflammation in the brain and studies have shown that its consumption improves memory in adults over 50. Curcumin can also reduce pain and swelling in people with arthritis. Another incredible spice to add to your daily routine is Ginger. It is great at preventing nausea, upset stomach, and has been used to prevent motion sickness and chemotherapy induced nausea. If you’re prone to nausea on flights or boat rides, don’t forget to pack a ginger tea or soda!

Ants hate cinnamon, so if you have an ant problem, just sprinkle some cinnamon powder near them and they will go away! Better yet, you can mix cinnamon oil with water and spray it where you see an ant trail. Bed bugs hate cinnamon too! If you’re living in a dorm and are in need for a quick bed-bug fix, drop a few (5-7) drops of cinnamon oil with water and spray your bedsheets and covers a few hours before bedtime. It will not kill the bugs, but will diminish their activities until you can contact a professional for help. Cinnamon can not only be used for ants and bed bugs—in fact many critters despise cinnamon. It can be a useful repellent against spiders, mosquitoes, fruit flies, wasps and even mice.

It is now apparent why spices were so important throughout human history. It is not surprising that wars were fought over them and that they were valued as currency. Their versatility and deliciousness altered the course of history and created effective and nutritious ways for people of the past and present to deal with every-day ailments and chores. If our ancestors could see how easy it is for us to obtain spices now, they would roll on their graves! Spices have truly impressive properties and are now easily accessible to us. They are typically not expensive and can be found in grocery stores around the world, so start incorporating more spices into your dishes and around your home for a more natural way to live a healthier and better life. Or better yet, get crafty like our ancestors and find a new, bizarre way to use those spices in your cabinet!