This is a list of male actors who are just outright cool. The actors were all picked from modern movies and they all have one thing in common: they have played the coolest people on film. From cool to coolest, here is the list:

54 year old Pierce Brosnan was born in Ireland. He first shot to fame playing Remington Steele in the television series of the same name. Before his contract on the show was up, he was offered the role of James Bond in an up and coming film, but he was unable to break his contract. The suave actor finally played the role of Bond in Goldeneye, and he played Bond for a further four films (the last being Die Another Day). In 2004, Brosnan was voted “Best Dressed Environmentalist”.

See more of the coolest men in film with this explosive 8 Movie Action & Sci-Fi Pack at Amazon.com! 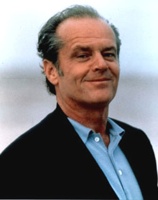 70 yo Jack Nicholson is probably best known for his role in Stephen King’s The Shining in which he plays Jack Torrance, a writer who moves with his family to a hotel which is shut for the winter. While he is there he goes insane due to ghosts in the house. If you haven’t seen this film – you absolutely have to. It is one of the best thrillers ever made (probably because it is directed by Kubrick). Nicholson has been nominated for 12 Academy awards and has won three. He is considered to be one of the greatest actors of all time. It is alleged that he has had sex with over 2,000 women. 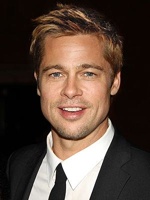 43 year old Brad Pitt made it to this list because of one film: The Fight Club. Pitt plays an incredibly cool guy living in an abandoned house. In his spare time he makes soap from fat stolen from a liposuction clinic – so he can (ironically) sell the rich women their fat back. Another reason that Pitt is cool is that he is predicted to play the role of John Galt (the hero) in an upcoming trilogy of films aiming to bring Ayn Rand’s Atlas Shrugged to the screen. His wife, Angelina Jolie is already signed to play the part of Dagny Taggart. 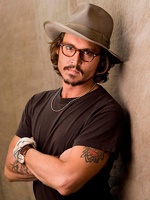 44 year old Johnny Depp is well known for a diverse range of films, from dark movies like From Hell, and Sleepy Hollow, to childrens films like the Pirates of the Carribean and Charlie and the Chocolate Factory. Depp is a very diverse actor who spends half of him time living in France and the other half in the United States. He part owns a restaurant in Paris with Sean Penn, John Malkovich, and Mick Hucknall. He also plays the guitar and is very good friends with Marilyn Manson. 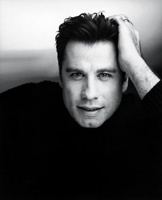 53 year old Travolta shot to fame with his dance moves and singing in the 1970s through films such as Grease and Saturday Night Fever. After a series of flops in the 80s (following his last hit film Urban Cowboy), Travolta’s career had a downturn. Fortunately, in the 90s he made a comeback with his role as Vincent Vega in Pulp Fiction (the reason he is on this list). He was nominated for an Academy Award and he returned to the A-list. The only unfortunate aspect of John Travolta which keeps him lower down the list than he could be, is that he is a Scientologist. 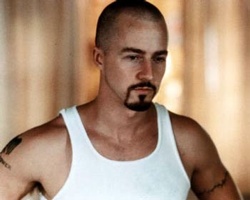 37 year old Edward Norton is on this list for two reasons: American History X, and Fight Club. For both of these films Norton went from a puny whiny actor to a buff muscleman. He exuded hatred in American History X (which has one of the most gruesome scenes in a modern film – think sidewalk and teeth) in which he played a white supremacist. In the fight club he plays the alter-ego of Brad Pitt’s character and lives with him in the abandoned house. Norton refuses to embrace his celebrity status and he contributes to many charitable organisations, both money and time.

Think Fight Club was crazy? Watch Ed Norton in his most controversial role ever in American History X at Amazon.com! 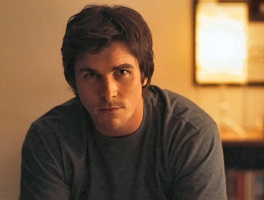 33 year old Christian Bale was born in Wales, Great Britain. He has an incredible cult status on the internet and in 2007 IMDB users voted him their favourite actor ages under 40. For his role in the Machinists, Bale lost sixty pounds (27 kilograms) taking his weight down to 120 lbs (54 kilograms). Bale is most well known for his roles in American Psycho and Batman Begins where his part saw the Batman Franchise take a turn toward a much darker side. The film was an enormous hit and he will reprise his role in 2008 in The Dark Knight. If he fulfils his contractual obligation to play the role for a third time, he will be the first actor to play Batman in three films.

58 year old Samuel Jackson makes this list for his character in Pulp Fiction. In the film he played Jules Winnfield. His character has some classic quotes such as: “Yolanda, I thought you said you were gonna be cool. Now when you yell at me, it makes me nervous. And when I get nervous, I get scared. And when motherfuckers get scared, that’s when motherfuckers accidentally get shot.” Jackson also appeared in two of the new Starwars films and a variety of other films in which he often plays a gangster. Jackson is bald in real life and usually wears wigs in films. He is an avid golfer.

Before you start reading, check out this picture. 42 year old Vinnie is the guy in front. Onscreen and off, Vinnie Jones takes no prisoners! That photo is taken from when he played Soccer for Wimbledon (they won the FA cup in 1988). Vinnie was born in Watford, London and is well known for his intimidating demeanour on screen. He has stared in films such as Lock, Stock and two smoking barrels, and Snatch. in 2006 he played Juggernaut in X Men: The Last Stand. Unfortunately Vinnie has had some difficulties with the law: in 2003 he was convicted of Air Rage and in 1998 was convicted of assaulting his neighbour. In 2005, he became president of the Hertfordshire Agricultural Society. 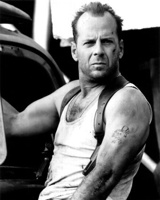 Two words: Die Hard. For that reason alone 52 year old German-born Bruce Willis takes top spot. However, Willis has starred in an enormous number of highly popular films such as Sin City, Lucky Number Slevin, The Sixth Sense, and The Fifth Element. Willis was married to Demi Moore for thirteen years. Bruce is the ninth highest grossing movie star of all time. He is known as a keen supporter of the US military and is has been very public in his belief of various conspiracy theories and political views. On April 29, 2007 during a live broadcast of a Nets home playoff game vs. the Toronto Raptors on TSN Willis caused a furore by quoting a catch phrase from his Die Hard films, “Yipee-ki-yay motherfucker”.

That is the list! If you don’t agree with my selection, tell me about it in the comments.