Ronald Reagan was the 40th president of the United States of America, from 1981-1989. He is considered a heroic figure in the Republican party and conservative movement. His most famous quote may be “General Secretary Gorbachev, if you seek peace, if you seek prosperity for the Soviet Union and Eastern Europe, if you seek liberalization: Come here to this gate! Mr. Gorbachev, open this gate! Mr. Gorbachev, tear down this wall!” He also once quipped “I hope you’re all Republicans,” to the surgeons treating him after he was shot.

Reagan’s legacy is mixed, with supporters pointing to a more efficient and prosperous economy and a peaceful end to the Cold War. Critics argue that his economic policies caused huge budget deficits, quadrupling the United States national debt and that the Iran-Contra affair lowered American credibility. There is no doubt, however, that Reagan was a great and inspirational public speaker. 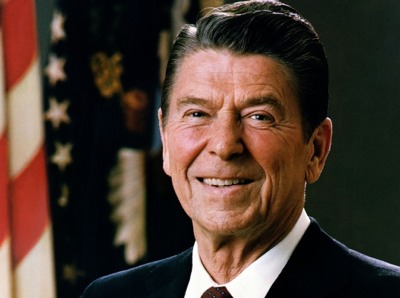 1. A people free to choose will always choose peace.

2. Above all, we must realize that no arsenal, or no weapon in the arsenals of the world, is so formidable as the will and moral courage of free men and women. It is a weapon our adversaries in today’s world do not have.

3. Democracy is worth dying for, because it’s the most deeply honorable form of government ever devised by man.

4. Freedom is never more than one generation away from extinction. We didn’t pass it to our children in the bloodstream. It must be fought for, protected, and handed on for them to do the same. 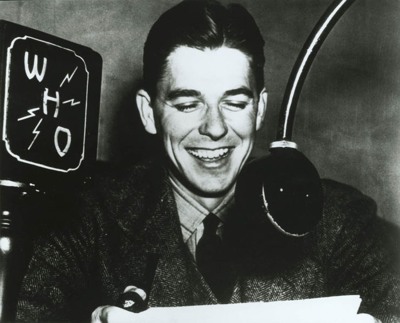 6. Information is the oxygen of the modern age. It seeps through the walls topped by barbed wire, it wafts across the electrified borders.

7. It has been said that politics is the second oldest profession. I have learned that it bears a striking resemblance to the first.

8. We must reject the idea that every time a law’s broken, society is guilty rather than the lawbreaker. It is time to restore the American precept that each individual is accountable for his actions.

9. I call upon the scientific community in our country, those who gave us nuclear weapons, to turn their great talents now to the cause of mankind and world peace: to give us the means of rendering these nuclear weapons impotent and obsolete.

10. There is no limit to what a man can do or where he can go if he doesn’t mind who gets the credit. 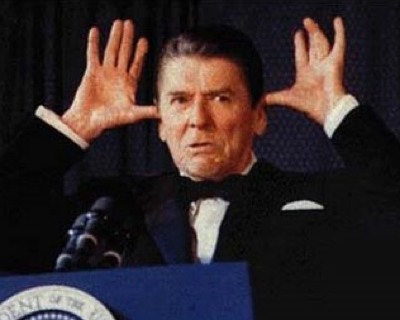 11. We in government should learn to look at our country with the eyes of the entrepreneur, seeing possibilities where others see only problems

12. A leader, once convinced a particular course of action is the right one, must have the determination to stick with it and be undaunted when the going gets rough.

13. In America, our origins matter less than our destination, and that is what democracy is all about.

14. The work of volunteer groups throughout our country represents the very heart and soul of America. They have helped make this the most compassionate, generous, and humane society that ever existed on the face of this earth. 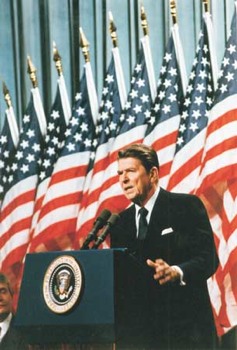 16. The government’s view of the economy could be summed up in a few short phrases: If it moves, tax it. If it keeps moving, regulate it. And if it stops moving, subsidize it.

17. Coercion, after all, merely captures man. Freedom captivates him.

18. The nine most terrifying words in the English language are, ‘I’m from the government and I’m here to help.’

19. I have left orders to be awakened at any time in case of national emergency, even if I’m in a cabinet meeting.

20. My fellow Americans, I am pleased to tell you I just signed legislation which outlaws Russia forever. The bombing begins in five minutes. [Said during a radio microphone test in 1984]