This is a list of the top ten best road bicycle racers of all time. My criteria are that the bicycle racers have performed well in both the three big stage races – Tour de France, Giro d’Italia and Vuelta a España – but also in the minor stage races such as Tour de Suisse, Paris-Nice and Dauphiné Libéré and the Classics like Paris-Roubaix and Liège-Bastogne-Liège. I have not looked at doping verdicts or accusations as trying to separate the “clean” from the “guilty” would lead to absolute chaos. 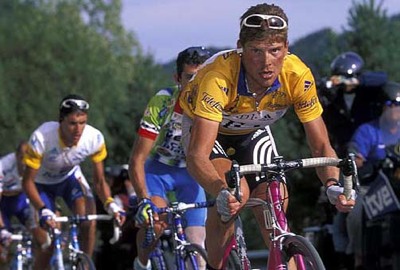 Jan Ullrich is a German former bicycle racer born in 1973. He won the Tour de France in 1997, the white jersey in 1996, 1997 and 1998, and he has 5 second places in the Tour, this earned him the nickname: The Eternal Second. Ullrich has also won Vuelta a España in 1999 and the Tour de Suisse in 2004 and 2006. Other notable wins are the World Time Trial Champion in 1999 and 2001 and the Olympic Road Race in 2000. Ullrich is a powerful bicycle racer with a soft, athletic style, but he often got out of shape during the off-season and had problems losing the extra weight before racing the big races. 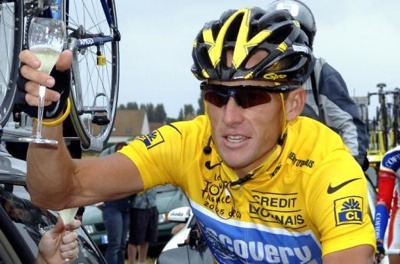 The American Lance Armstrong holds the record of most victories in Tour de France with his 7 consecutive wins. Armstrong also won the 2001 Tour de Suisse and the World Cycling Championship in 1993. This earns him a place on this list, but because Armstrong never impressed in the Giro D’Italia, the Vuelta a España or the Classics, I can’t place him any higher on the list. 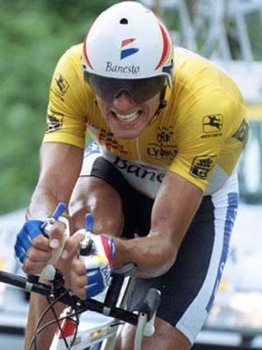 Miguel Indurain was born in Spain in 1964. He has won the Tour de France 5 times in a row and the Giro D’Italia 2 times in a row. He has also won the Olympic Time-Trial Championship in 1996 and the World Time-Trial Championship in 1995, as well as two wins in both Dauphiné Libéré and Paris-Nice.
Indurain was relatively big compared to other professional riders – 1.88 m (6 ft 2 in) and 80 kg (176 lbs) – this earned him the nickname “Miguelón”, meaning “Big Mig”. At the top of his career, Miguel Indurain had a physique that was not only superior when compared to average people, but also when compared to his fellow athletes. His blood circulation had the ability to circulate 7 liters of blood around his body per minute, compared to the average amount of 3-4 liters of an ordinary person and the 5-6 liters of his fellow riders. 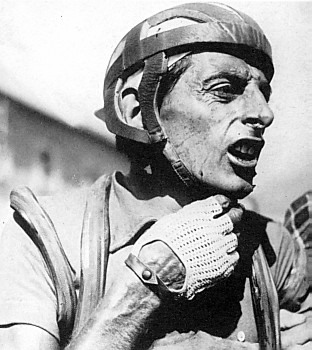 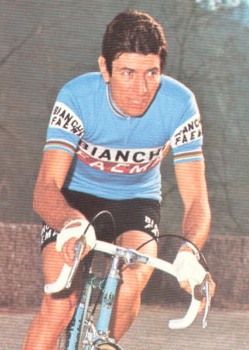 Felice Gimondi was born in Italy in 1942. In 1968 Gimondi was nicknamed “The Phoenix” after winning the Vuelta a España, this victory made him the second rider after Jacques Anquetil to win all three big stage races, he is one of only five riders to ever win all three. Gimondi won the Tour de France in 1965, the Giro D’Italia in 1967, 1969 and 1973 and the Vuelta a España in 1968. Gimondi also won Paris-Roubaix in 1966 and the World Road Cycling Championship in 1973. 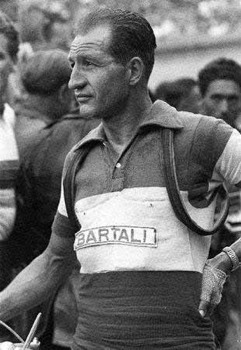 Gino Bartali was born in Italy on 1914. He has won the Tour de France twice, in 1938 and 1948, both times also winning the mountain competition, and the Giro D’Italia three times in 1936, 1937 and 1946, also here he won the mountain competition all three times. Bartali also won the Tour de Suisse in 1946 and 1947. Bartali was a good climber and a pioneer of derailleur gears. His style was unusual: he rarely danced on the pedals and often stayed in the saddle throughout a 15km climb. When others attacked, he stayed in the saddle but changed up gear, to a sprocket three teeth smaller.
He rode smoothly on mountains but every now and then freewheeled, always with his right foot lowered with his weight on it. Then a second or two later he would start pedaling again. 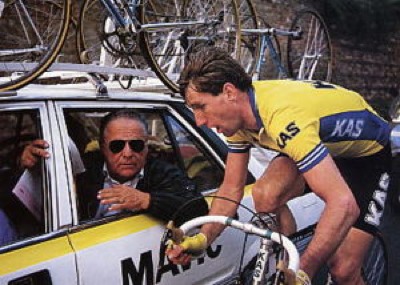 Séan Kelly was born in Ireland in 1956, and became one the most successful rider of the 1980s and the best Classics rider of all times. His wins include the Vuelta a España in 1988, 4 point class wins in both the Tour de France and the Giro D’Italia, 7 consecutive win in Paris-Nice form 1982 – 1988, 2 wins in Tour de Suisse, Paris-Roubaix and Liège-Bastogne-Liége. 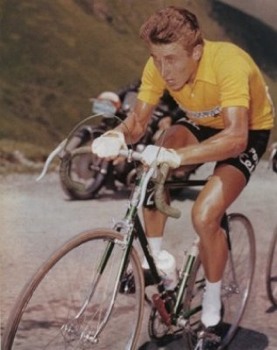 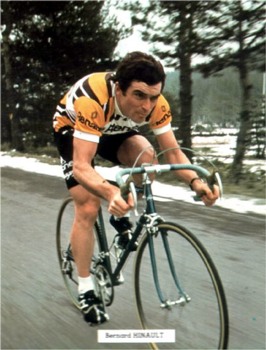 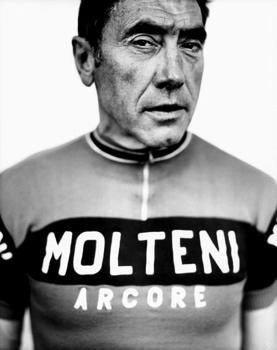 Eddy Merchx was born in Belgium in 1945 and became the best road bicycle racer the world has ever seen. He won the Tour de France 5 times in 1969, 1970, 1971, 1972 and 1974, the Giro D’Italia 5 times in 1968, 1970, 1972, 1973 and 1974 and the Vuelta a España once in 1973. Merckx also won the Tour de Suisse once, Paris-Nice 3 times, Dauphné-Libéré once, Paris-Roubaix 3 times, Liège-Bastogne-Liége 5 times and the World Road Race Championship 3 times. Eddy Merckx is also one of only five riders to win all three big stage races during their career, the four others are: Jacques Anquetil, Felice Gimondi, Bernard Hinault and Alberto Contador.