We all know about “New Coke”, the Edsel, and Decca not signing the Beatles. But surely corporate stupidity like that is rare, no? Unfortunately, no – it is actually quite common. Many of the corporate blunders that occur remain secret to the outside world, but, fortunately for us at listverse, sufficient numbers have become public so we can read in shock and amazement. 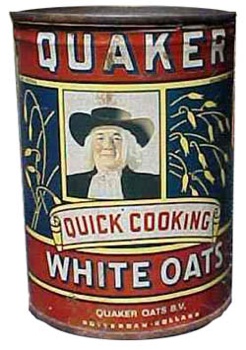 Mistake: Insufficient Diligence on Due Diligence

In the 1990’s Quaker Oat Company was rolling in profits from their dry foodstuffs business, so they branched out and acquired the Gatorade sports drink franchise from Stokley. Flush with that success, they later acquired trendy bottled tea maker Snapple for $1.7 billion in a leveraged buyout. To their horror, Quaker soon learned that unlike all their other products—including Gatorade– Snapple beverages required refrigeration. A panic inventory revealed that Quaker had a shining fleet of exactly zero refrigerated vehicles to distribute Snapple. Distribution companies learned this and priced accordingly; robbing Snapple of funds badly needed for marketing and R&D. Triarc eventually bought the failing Snapple business from Quaker for $300 million. “In retrospect,” said one Quaker executive on the merger, “we should have had someone arguing the “no” side.” 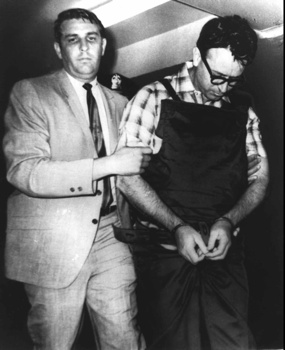 For their 2002 Martin Luther King Day celebration, the Lauderville, FL Chamber of Commerce invited actor James Earl Jones to appear as a featured speaker. As thanks, they commissioned a plaque featuring African Americans from the US Black Heritage postage stamp series. Too bad they went to local promotions company AdPro Specialties, who subcontracted the job to Texas-based Merit Industries. Merit faxed AdPro a list of 15 African American stamps to choose from, and promised to handle all the details. Four days before the celebration, AdPro received the Black Heritage plaque, and were stunned to see that the plaque thanked not James Earl Jones, but James Earl Ray, Martin Luther King’s ASSASSIN. Merit blamed its near-illiterate employees for bungling a rush job, while AdPro repaired the plaque locally. When he heard about the mix-up, Mr. Jones was supremely gracious and said “I think we have much bigger things to worry about.” 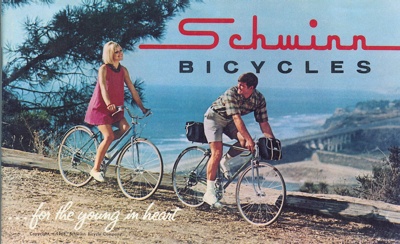 Faced with striking workers at its Chicago factory, Schwinn suits outsourced manufacturing to Taiwan, choosing the aptly-named Giant Bicycle Company to fill the demand. And there is simply no better example of letting the fox guard the henhouse. Since bicycles are a simple technology, labor is the highest cost, and Giant’s Taiwanese workers are the cheapest anywhere. Giant to this day builds 90% of all bikes in the world at the same factory, often storing finished units of competing brands side-by-side. For Schwinn, the Giant outsourcing worked so well that when the strike ended, they continued outsourcing and didn’t upgrade domestic factories. Too bad they didn’t get a “non-compete” clause. Giant learned everything about Schwinn bikes and then some: they soon realized they were the tail wagging the dog. So Giant covertly sent sales reps to every Schwinn dealer in the US with the following sales pitch, in its entirety: “We know you like Schwinn, but we make Schwinn and we’ll charge you 30% less.” Schwinn dealers baled and a panicked Schwinn proposed a joint Schwinn-Giant brand, while pursuing a separate manufacturing deal with a Chinese manufacturer. But all leverage was gone– at the time of the offer, Giant was already selling 300,000 bikes a year under its own name. Schwinn declared bankruptcy in 1991, and today the brand is a shell of what it once was. Giant continues its uncontested reign as the largest bicycle manufacturer in the world.

Source: “No Hands, The Rise and Fall of the Schwinn Bicycle Company, An American Institution”, by Judith Crown and Glenn Coleman, 1996 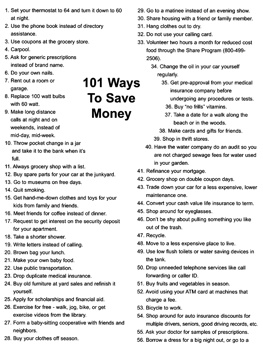 Mistake: HR’s Guide to the Employment-Challenged

In July, 2006 bankrupt Northwest Airlines laid off thousands of ground workers, cushioning the blow with the handy guidebook “101 Ways to Save Money.” Stashed in the dreaded layoff packet, this booklet included shameful tips such as “Don’t be shy about pulling something you like out of the trash”. Other tips focused on homemade baby food and using newspapers for cat litter. The best had to be “take long walks in the woods as a low-cost dating alternative” (don’t worry; your blind date won’t think you’re a serial killer. She’ll think you’re a CHEAP serial killer). Northwest pulled the offending booklet soon after the public got wind of it. 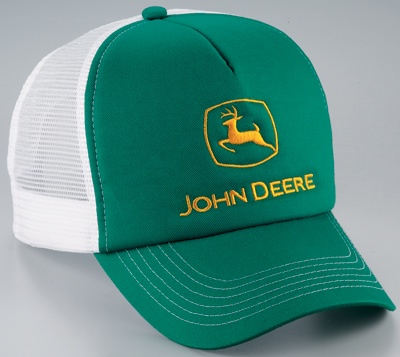 A Washington State agriculture official touring China in 2000 handed out bright green baseball caps at every stop but never noticed that none of the men would put them on, or that all the women were giggling hysterically. Why? Well, in some dialects of Chinese the words “green hat” sounds like very much like “cuckold”. Thus, legend holds that if you wear a green hat, it means that your wife has cheated on you, and if you give a man a green hat, it means that you have had sex with his wife. Pretty much defines “awkward”, wouldn’t you say? The Chinese delegation was very polite, and finally someone took the agricultural commissioner aside to clue him in. And the deal? Not much happened. 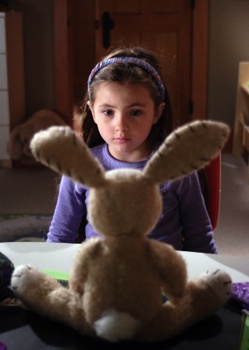 At a National Amusements cinema in Holtsville, N.Y., an audience settled in to watch the (tolerable) family film “The Last Mimzy”. What they got instead was the opening scene from “The Hills Have Eyes 2,” in which a chained woman gives birth to a cannibalistic mutant. This is a fairly self-explanatory item so I will say no more. 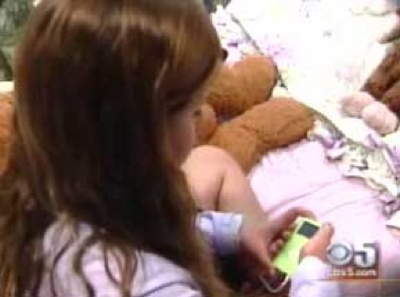 Mistake: Setting the Lawyers on a 9-Year Old Girl

Even my favorite company loses sanity at times. In 2007, 9-year-old Shea O’Gorman emailed Apple CEO Steve Jobs with ideas for improving her iPod Nano (like adding lyrics so people can sing along to the music). Little Miss O’Gorman soon received a threatening letter from Apple attorneys stating that the company never accepts unsolicited ideas and warned her not to send in any more suggestions. And thus, another Mac hater was born… 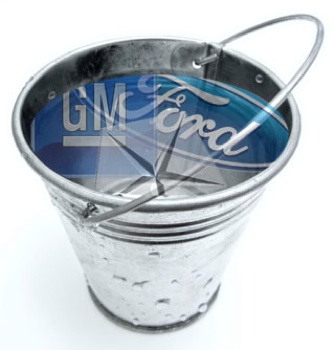 In 2008, the CEOs of Ford, General Motors, and Chrysler flew their respective corporate jets to Washington D.C. and then had the gall to beg Congress for a multi-billion dollar bailout. Yeah, corporate jets can be cost-effective for transporting CEO’s in some situations, but somebody in PR had to know this was going to look ridiculous.(Congress refused them any funding). When given a second chance after the private-jet fiasco, the CEO’s drove to Washington DC in fuel-efficient vehicles—separately. 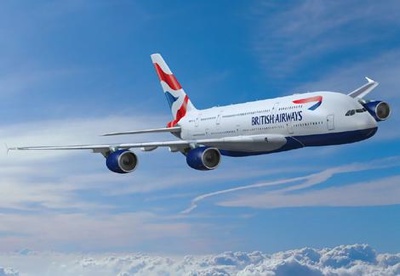 Mistake: How to Get an Upgrade

British Airways first-class passenger Paul Trinder woke up from an in-flight nap to find the corpse of a woman who had died in the economy cabin strapped into the seat next to him. Oh, and this wasn’t exactly a short jaunt, either, but a 9-hour nonstop from New Delhi to London. Her wailing and inconsolable daughter attended the body soon thereafter. BA made no compensation efforts or apology to Trinder, a gold-level frequent flier who logged 200,000 miles a year with the airline. After hearing his complaint that BA had no plan in place for this type of situation (other carriers use different procedures–Singapore Airlines has introduced “corpse cupboards” on its Airbus 340-500 aircraft when no empty row of seats is available), Customer Service advised him to “just get over it.” 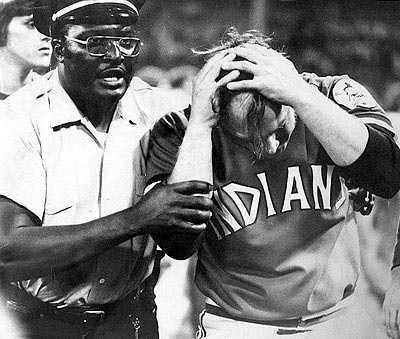 With yet another last-place finish staring them in the face, the Cleveland Indians promotions department decided to hold “10 Cent Beer Night” at the June 4, 1974 baseball game with the Texas Rangers. Heated play, 25,000 drunks, and (essentially) free beer with no consumption limit. Seriously, how did this even get past the brainstorming session? Well, it did, and attendance was through the roof on “10-Cent Beer Night” as every lush and borderline alcoholic with enough money for a ticket converged on Cleveland’s Municipal Stadium. Some arrived intoxicated, and the fireworks that went off at multiple locations of the stadium should have been an early warning that things were going to get bad. Early in the game, a one woman ran onfield and flashed her breasts, followed by a naked man running to second base after a home run. A father and son later ran onto the field, dual-mooning the audience while outfielders were continuously pelted with empty bottles of “Thunderbird”, a cut rate liquor. When a Rangers player was spiked (purposely run into with cleated shoes) and the offending Indian ejected, the plastered audience started throwing everything onto the field that wasn’t bolted down. Then, with the score tied, a drunken Cleveland fan ran onto the field and flipped the cap of Rangers outfielder Jeff Burroughs’ head. Burroughs tripped trying to retrieve it and Rangers Manager Billy Martin charged the field to protect his player, followed by the entire Rangers Bench. A full-blown riot ensued, with Cleveland fans running onto the field armed with knives, chains, and loosened seats. The Cleveland manager even ordered his team onto the field –bats in hand— to protect the visiting team. The head umpire eventually declared the game a forfeit in favor of the Rangers because order couldn’t be restored (and the bases had been stolen, anyway).

Source: “The Night Beer and Violence Bubbled Over in Cleveland”, Paul Jackson, ESPN 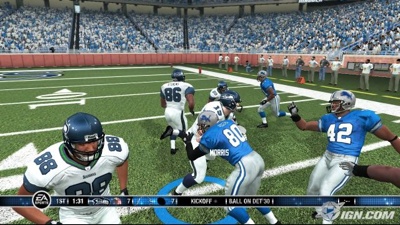 In September 2005, a spreadsheet typo corrupted a “Madden NFL 06” videogame update, reducing 6-foot-3, 305-pound New York Jets lineman Michael King to a height of 7 inches. Thoroughly embarrassed, EA fixed the bug the very next day, but were flabbergasted by a flood of complaints from customers who enjoyed seeing the shin-high blocker get steamrolled by full-size players.