Let’s face it: female video game characters are not often praised for their mettle. Indeed, you’re far more likely to find lists about the top ten most sexy female video game characters, than those who can kick ass. Countless odes to boob physics aside, I thought I’d attempt to ascertain some of the more positively portrayed female characters in video gaming today, those with substance, who might hold the title of role model, as opposed to the far more frequent walking pair of breasts (naming no names, of course). Without further ado, then, here come the girls.

10
Zelda/Sheik
The Legend of Zelda: Ocarina of Time

Zelda has come a long way since her first appearance in the series (and, of course, it’s hard to forget the fact that all the games are named after her and not their protagonist, Link). Ocarina of Time saw quite a change of tack for Zelda, who had previously appeared to be somewhat of a typical damsel in distress type. Assuming the apparently male disguise of Sheik (a surviving member of the Sheikah clan) she was completely unrecognizable, helping an otherwise completely oblivious Link. Another disguise of Zelda’s, Tetra, also went against the pretty, pretty princess stereotype, she being a feisty young pirate who, once again, proves invaluable in aiding Link in his adventures. 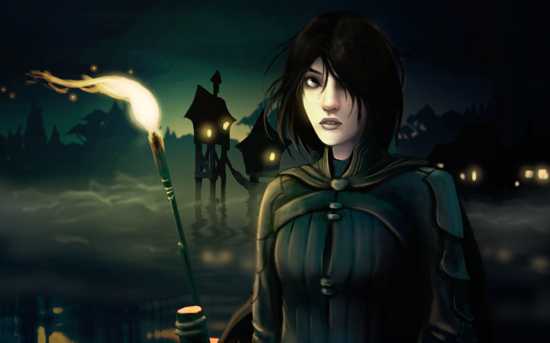 Despite first being seen in a dream in her underwear (as low quality as the graphics might have been back then), April is a largely positive and realistically portrayed character, overall. A normal art student suddenly dragged into the fantasy world of Arcadia, her sarcastic observations help pick up the pace of the sometimes slow point and click adventure (although this is a common symptom of most examples of the genre). However, in the The Longest Journey’s sequel Dreamfall, April suddenly becomes almost excessively sullen and moody (I mean, she renames herself Raven, for Mary Sue’s sake), the character losing a good portion of her original likability as a result. 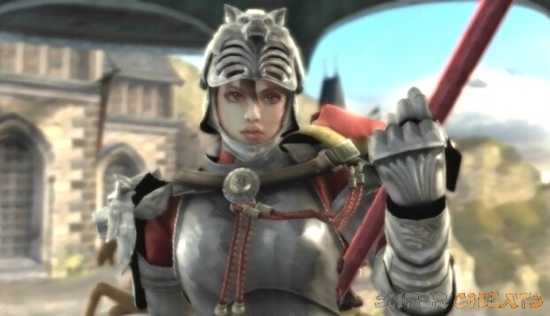 Hilde is one of the incredibly rare (largely) non-sexualized female characters in the Soul series. Brave, strong and honorable, she goes to great lengths to uphold her family name. The armor she wears is actually practical, and even her alternate outfit – a somewhat less practical dress – is both decent and elegant. Interestingly, director Katsutoshi Sasaki described Hilde as the “most alluring” female character in the game, which I suppose just goes to show that having all the goods on display isn’t the only way to create sex appeal (that, or he got bored with all the breasts). 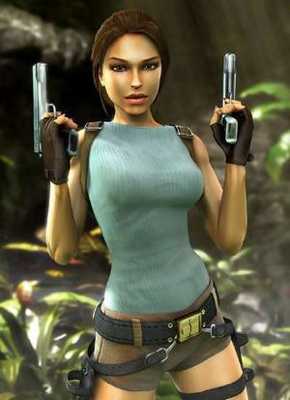 I have mixed feelings about Miss Croft. On the one hand, she was, arguably, one of the very first big female heroines. On the other, she soon became highly sexualized, appearing in various states of undress in many contemporary video game magazines, and beyond. That said, Lara was allegedly originally inspired by such characters as Tank Girl, creator Toby Gard having tried to counter the stereotypical image of female characters of the day. Widely seen as the trigger for an increase in female video game protagonists, Lara definitely deserves a place on this list. Strong, intelligent and a force to be reckoned with, you can’t argue with her methods. Additionally, the upcoming Tomb Raider reboot promises the most realistic portrayal of Lara yet; Duke Nukem Forever, eat your heart out. 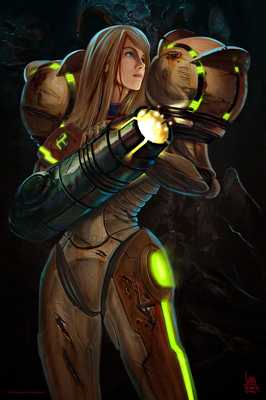 The protagonist of the Metroid series was made into a woman as somewhat of an afterthought, developers taking inspiration from Ridley Scott’s 1979 film, Alien. An ex-soldier and bounty hunter, she is almost always seen in a bulky suit of power armor (definitely not a stereotypically sexy outfit), and can easily deal with whatever is thrown at her during the course of the game (power ups permitting). However, starting with the first game, there is a tradition of rewarding players who complete the game with images of a scantily clad Samus, sans suit, which arguably undoes the dignity of her portrayal just a little bit. 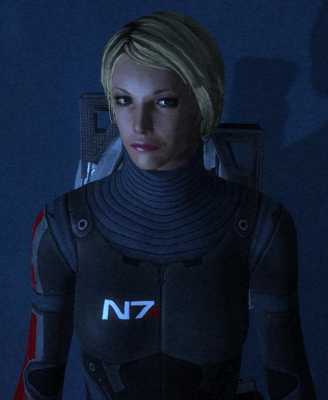 Because saving the galaxy is a tough job. While the male incarnation of Shepard is generally used for most Mass Effect promotional materials, many believe that femShep (as she is affectionately known) is far superior. Voiced by veteran voice actress Jennifer Hale, Jane Shepard is just as capable as her male counterpart (let’s face it, even death can’t stop her). While BioWare should probably be praised for striving for some semblance of equality, the fact that the male version of Shepard is almost always favored (and generally considered canon) is perhaps a little disappointing. 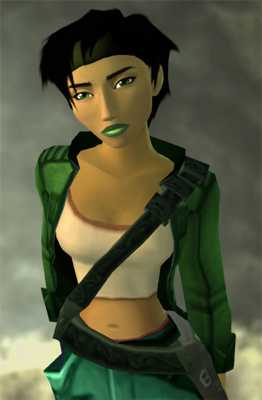 Beyond Good & Evil was, sadly, rather neglected following its initial release, and as a result protagonist, Jade, was definitely under appreciated. Taking up a job as a photo journalist in order to help support her guardian, Pey’j’s orphanage, she soon finds herself drawn into a resistance movement, working against a corrupt and deadly military dictatorship. An accomplished martial artist and athlete, there are few things that can stop Jade in her quest for justice (and those that try would probably get a staff to the face). 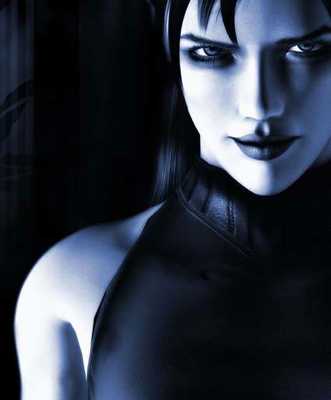 Voiced by Hudson Leick (Callisto from Xena: Warrior Princess), Jennifer “Jen” Tate is a fighter. Having grown up in a string of foster homes, when the game begins she’s working as a waitress in order to save up money to go to university. However, tragedy strikes when her boyfriend Lewis is kidnapped by a servant of Abaddon, the embodiment of Chaos, and it falls to Jen to save both him and her world as she knows it. Despite being cynical and a little short tempered, Jen ultimately means well. The game’s writing strikes a good balance between stereotypical tough girl and genuine emotion, making Jen not only realistic but also pretty likable (additionally, it makes a change for a girl having to go and save her boyfriend, instead of vice versa). 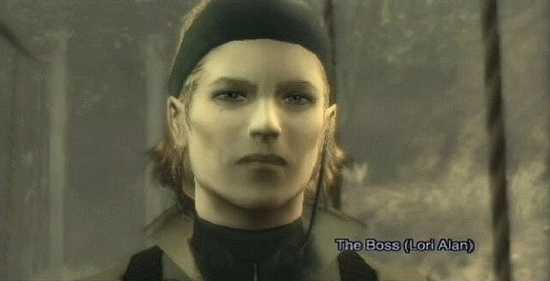 The Boss (notable for her unisex name) is a legendary American soldier who is credited with founding (and leading) the Cobra unit, as well as being widely known as “the mother” of the US special forces. Despite allegedly being the game’s antagonist, The Boss had a strength and depth of character not seen in many others, as well as an indomitable sense of honor. Her gender never held her back (even when she was pregnant, she was out on the battlefield), The Boss’s reputation easily preceding her. Indeed, she was a huge influence on a lot of the game’s characters, even after her death, Big Boss stating that killing her – his mentor – made him feel like he had killed a part of himself. 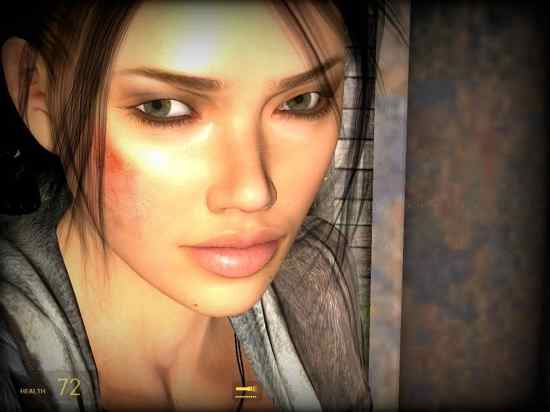 Strong and independent without shoving it in your face, Alyx is a realistically portrayed and highly capable woman. Skilled at hacking and engineering and easily able to hold her own in a fight, the sequences in Half-Life 2 where you’re accompanied by her are rarely as annoying as those with other co-op companions can be (I won’t name names, or I may not be able to stop). Cheerful, witty and even practically attired, few people wouldn’t want Alyx having their back in Ravenholm (or anywhere else, for that matter). Additionally, Dog (who Alyx herself modded from his original three foot incarnation to the massive behemoth he is today) is one of the more awesome robot characters to appear in recent video games. Playing fetch with a roller mine? Fyeah.