Riots bring out the worst in human beings, and often occur in reaction to a perceived grievance, or out of dissent. Most riots rely on killing, damage to property, raping, looting and widespread destruction to get their point across. While some might argue that it is the only way to bring about a change, in reality it takes a toll on the society. Below are some of the worst riots of all time. Share some of your own suggestions in the comments. 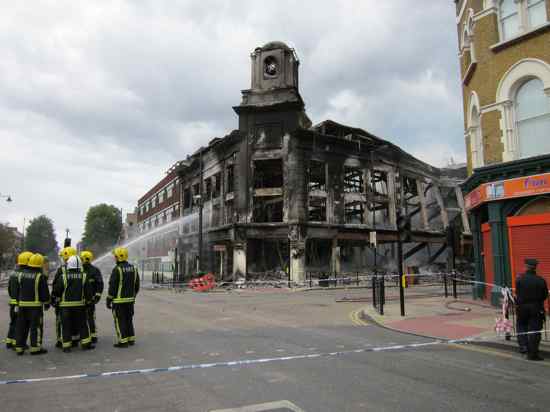 Following a peaceful march on 6 August, 2011, in relation to the police response to the fatal shooting of Mark Duggan by Metropolitan Police Service firearms officers on 4 August, 2011, a riot began in Tottenham, North London. In the following days, rioting spread to several London boroughs and districts and eventually to some other areas of England, with the most severe disturbances outside London occurring in Birmingham, Bristol and Manchester as well as some other cities in the Midlands and North West of England. Related outbreaks also occurred in many smaller towns and cities. There was widespread looting and vandalism up and down the country. Five people died and at least 16 others were injured as a direct result of related violent acts. An estimated £200 million worth of property damage was incurred, and local economic activity was significantly compromised. 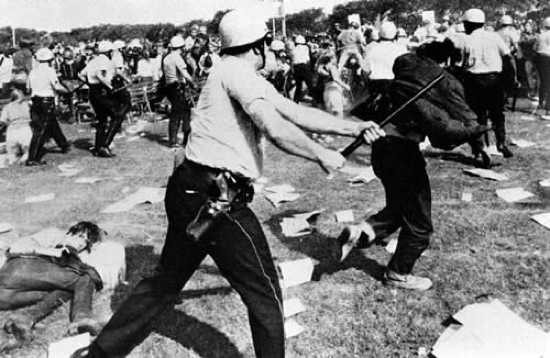 In the wake of the assassination of Martin Luther King Jr, much of the country was in civil unrest. On 5 April, 1968, in Chicago, violence sparked in the black ghetto on the West side, and gradually expanded to consume a 28-block stretch of West Madison Street, with most damage occurring on Roosevelt Road. Arson, looting and killing took place, and Mayor Daley banned the sale of guns and flammable materials. Overall, at least 10,000 police and 5,000 troops were sent to disperse the riot. In the end, 11 people were killed and over 125 fires had been lit. 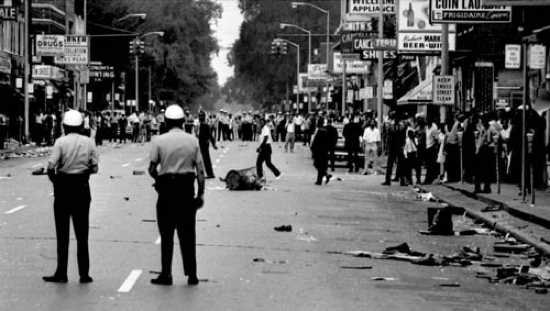 The Detroit Riot of 1967 began when police vice squad officers executed a raid on an after hours drinking club or “blind pig” in a predominantly black neighborhood, located at Twelfth Street and Clairmount Avenue. They were expecting to round up a few patrons, but instead found 82 people inside holding a party for two returning Vietnam veterans. The police arrested all of these people, and this resulted in widespread rioting. The riots began in the northeast section and spread to the east over the course of five days. Widespread looting, fires and killing took place, and the situation got so bad that the National Guard and the 82nd airborne division were mobilized to quell the violence. When it was over, 43 people were dead, 1,189 were injured and over 7,000 people were arrested. 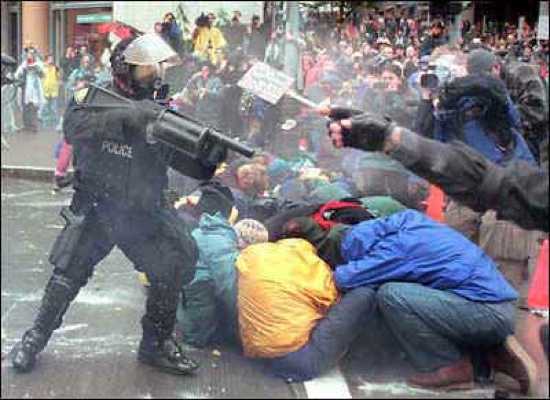 The December 2001 uprising was a period of civil unrest and rioting in Argentina. President Fernando de la Rúa was viewed as the cause of a three-year recession in the country. The middle class eventually decided that they had had enough of the economic conditions and rioted on December 19th and 20th. 26 people were killed in the riots and widespread looting took place. 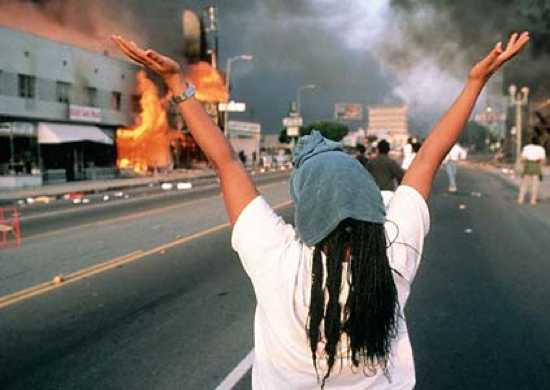 On 29 April 1992, a jury acquitted two white police officers of charges stemming from the videotaped beating of black motorist Rodney King. As a result of this verdict, thousands of citizens rioted for six days. Mass amounts of looting, murder, arson and assault took place. 53 people died during the riots, including 10 shot dead by the army and police, with as many as 2,000 people injured. Estimates of the material losses vary between about $800 million and $1 billion. Approximately 3,600 fires were lit, destroying 1,100 buildings, with fire calls coming once every minute at some points. Stores owned by Korean and other Asian immigrants were widely targeted, although stores owned by Caucasians and African Americans were as well. 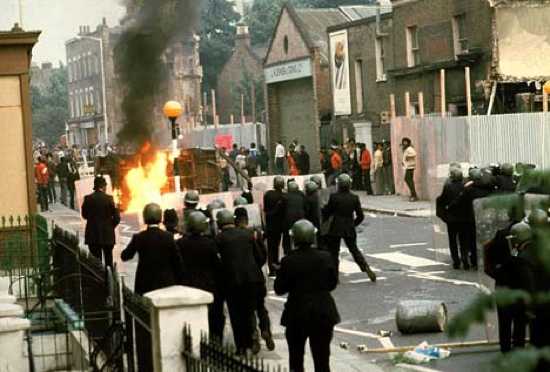 The riots that erupted in Brixton, London, were some of the worst the UK has ever seen. On the evening of April 10, 1981, police arrived at the scene of a stabbing, to question the young, black victim. As they tried to get him into a car to take him to the hospital, civilians tried to intervene. The police were attacked, but eventually managed to quell the situation. Because of the incident, police increased their numbers patrolling the streets. On the very next day, dubbed “Bloody Saturday”, angry citizens began to pelt police cars with bricks, which resulted in almost 280 injuries to police and 45 injuries to members of the public. In addition, over a hundred vehicles were burned, including 56 police vehicles; and almost 150 buildings were damaged, with 30 burned. 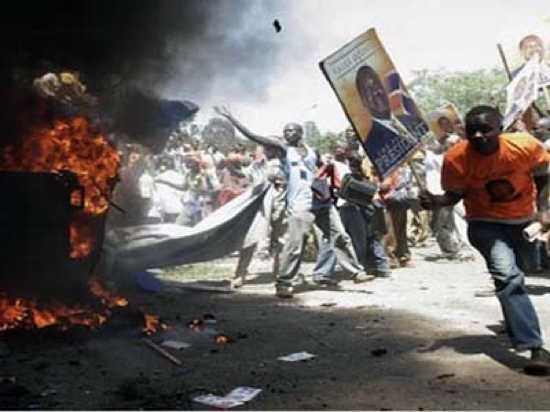 In December 2007, Political unrest turned into deadly rioting in what has been called the biggest threat to East Africa’s most stable democracy. Citizens of Nairobi, Kenya, believed that the reelection of Mwai Kibaki was a sham, and some of the most violent rioting in history ensued. From Nairobi to the Coast, hundreds were killed and buildings were burned by machete wielding rioters. Club-carrying police officers tried to restore order by firing tear gas and live bullets into the immense crowds. Crowds moved across villages, torching buildings, raping and killing. By January 28, the death toll from the violence was at around 800. Up to 600,000 people had been displaced. The largest single loss of life was when a church providing shelter from the violence to 200 people was set alight by rioters, burning 35 people to death. 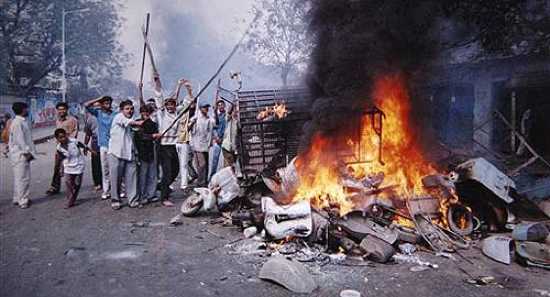 In February 2002, a Muslim mob attacked and burned a train. As a result, 58 Hindu pilgrims – mostly women and children in a ladies compartment returning from Ayodhya – were killed. The attack prompted retaliatory massacres against Muslims, and communal riots on a large scale, in which 790 Muslims and 254 Hindus were killed, and 223 more people were reported missing. In addition to that, 523 places of worship were damaged: 298 dargahs, 205 mosques, 17 temples and 3 churches. Muslim-owned businesses suffered the bulk of the damage. 61,000 Muslims and 10,000 Hindus fled their homes. It was some of the worst rioting ever seen in India. 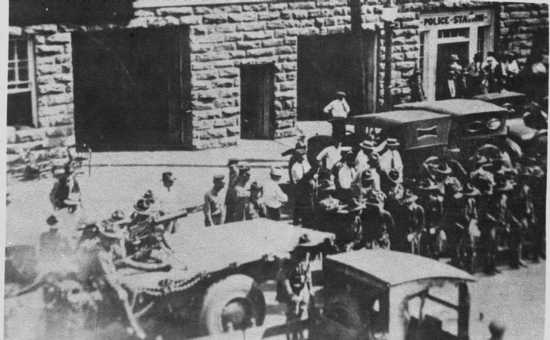 In 1921, America witnessed the worst example of racial rioting in history. When a white female elevator operator claimed that a black man has sexually assaulted her in the elevator, violence broke out. The man fled the scene and a manhunt begun for his capture. This precipitated a riot that claimed the lives of hundreds of people. The rioting got so bad that the opposing sides of blacks and whites, many of whom were WWI veterans, began forming battle lines and digging trenches, waging a makeshift war against each other. Overall, 35 city blocks were destroyed by fire, leaving 10,000 homeless and costing estimates of $1.8 million (this would amount to $21 million today). 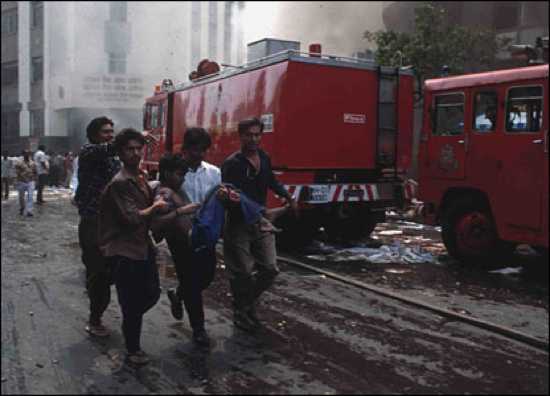 In 1992, some of the worst riots of all time occurred in the city of Bombay, India. The riots started as a result of communal tension prevailing in the city after the Babri Mosque demolition, on December 6. It is commonly believed that the riots occurred in two phases. The first phase involved the Muslims striking the Hindus as a result of the demolition of the mosque, and the second was a Hindu backlash against the Muslims. Overall, about 900 people were killed in these riots. As with most riots, arson and theft were also prevalent.