Contrary to what the old phrase “there’s no such thing as bad publicity” would have you believe, publicity stunts can go terribly wrong – and make the people behind them look more than a little foolish. There have been many cases in history where businesses and reputations have been built on the backs of fantastic publicity stunts; however, there have also been times when these publicity stunts have horribly backfired. The following are ten publicity stunts, which not only taught the masterminds the meaning of bad publicity, but also earned them a fair share of it.

10
Consumer Deaths Save the Government Money 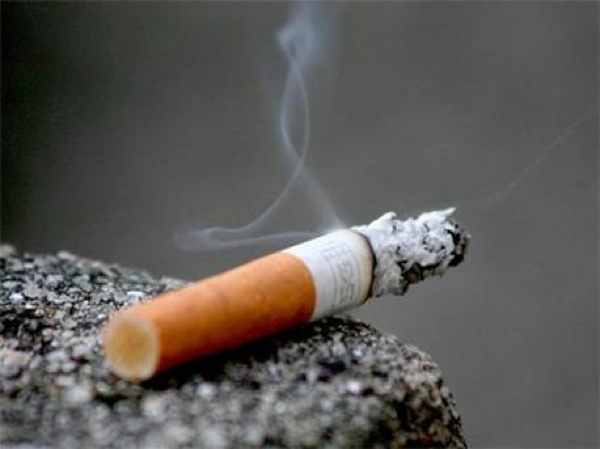 I’ve opted to start this list off with an entry which didn’t begin as a publicity stunt, but ended up attracting some rather unwanted publicity. In 2001 a Philip Morris study, conducted in the Czech Republic, published findings which stated that smoking saves the government money.

Most people already believe that smoking provides the government with cash flow through tax revenue, but this study had something even better to offer. It stated that 24-30 million dollars are saved by the government each year, thanks to decreased lifespan as a result of smoking. All of this seems fairly logical: smoking does have the unfortunate side effect of reducing life span, and this does save the government money – albeit in a rather unpleasant way. Here’s where the relevance to this list comes in: the company who published the findings is a tobacco giant.

I can’t claim to be in any way knowledgeable about the advertising industry, but it seems to me that discussing the benefits of your consumers’ deaths is probably not a smart business move. 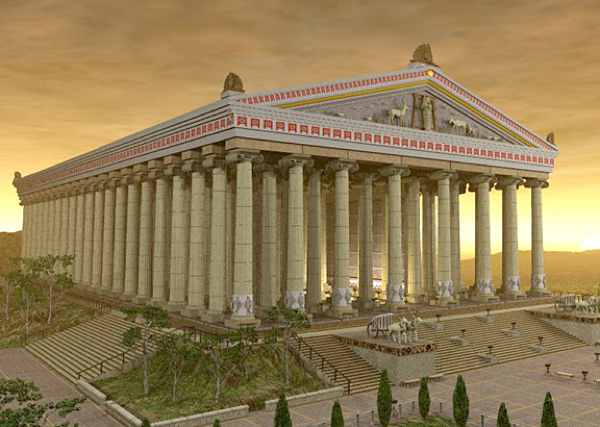 Doing stupid things in order to attract attention and gain some sort of fame is in no way a modern phenomena. In 356BC, in a bid for notoriety, historical arson Herostratus burned down one of the seven wonders of the world – the Temple of Artemis at Ephesus, in modern-day Turkey. Having burned down the temple in order to become famous, Herostratus made no attempts to deny that he was the culprit. The Ephesian authorities, displeased with his actions and wanting to dissuade any others of a similar temperament, swiftly executed him. In addition, not wanting him to be successful, any mention of his name was also forbidden by law. Unfortunately for the Ephesian authorities, an ancient historian Theopompus recorded the event and the man behind it in his “Hellenics”. 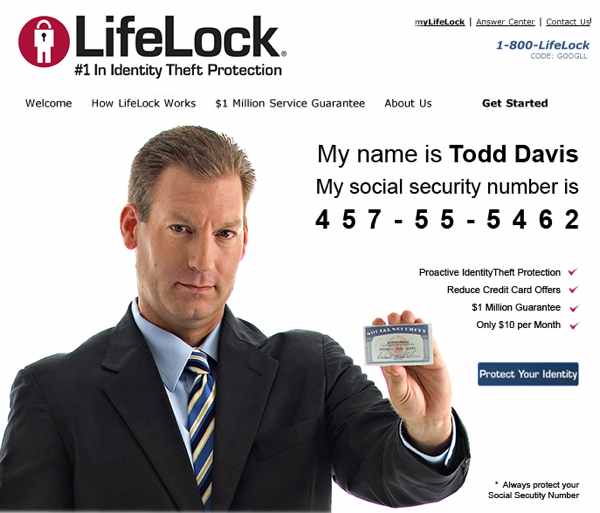 This example of poor marketing is one with which many of you are probably familiar. Todd Davis, CEO of identity protection company LifeLock, decided to put his own identity on the line as a publicity stunt for the company. Davis plastered his social security number all over billboards, internet ads, trucks and television commercials. He then challenged the world to steal his identity – and not surprisingly, that was precisely what happened.

After two years of boldly sharing his SSN with the world, it was revealed that Davis had been the victim of identity theft thirteen times, and there were an additional eighty-seven or more attempts which were unsuccessful. His social security number was used to successfully attain a small loan, and others used it to open accounts with banks and cellular service providers. He even ended up owing $312 to a gift-basket company. Davis asserted that this just proved that LifeLock worked: his SSN was everywhere for years, and there were a mere thirteen successful attempts at turning a profit from it. Others disagreed, however, slamming the CEO and filing lawsuits against the company.
Following the incident the company was fined $12,000,000 by the federal trade commission and was accused of operating a scam. Sometimes there really is such thing as bad publicity.

7
Hold Your Wee for a Wii 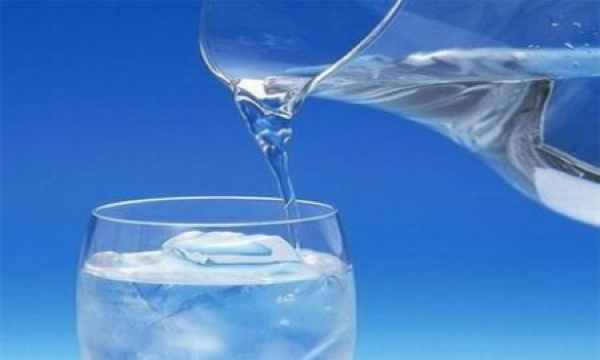 Unfortunately there have been times when publicity stunts are not only foolish, but entirely irresponsible. This is just one such example. In 2007 the radio station KDND 107.9 held a competition to see who could drink the most water without visiting the bathroom. The individual who drank the most was to be the winner of a Nintendo Wii.

The event, though apparently comical and danger free, went terribly wrong when one of the contestants was later found dead in her home of water intoxication. The woman, Jennifer Strange, had consumed significantly more than a safe quantity of water, and died as a result. While it can be said that she should not have had so much water, it is not the way of the world for people to act rationally – especially when free things are involved.


6
Commit an Act of Lust 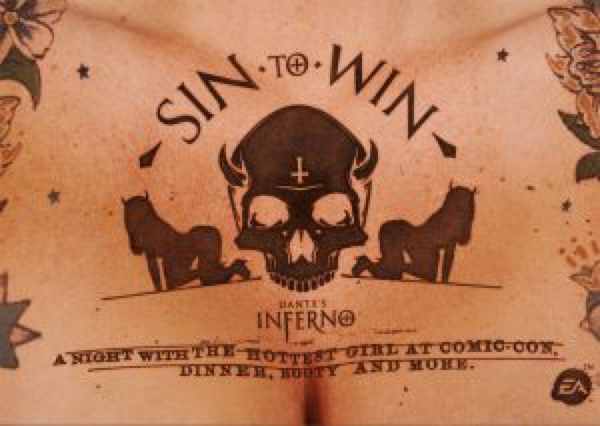 Prior to the 2010 release of a video game based on Dante’s Inferno, developer EA had a not-so-brilliant idea for a publicity stunt at Comic-Con. The company held a “sin to win” contest, in which “acts of lust” caught on camera with the event’s booth babes would offer a chance to win a date with two beautiful women, a limo service, paparazzi, and a chest full of booty, pun almost certainly intended.

Being an avid gamer myself, I don’t want to perpetuate any stereotypes here – but unfortunately we know that in many cases they are true. Many offered arguments in favor of the contest, stating that contestants were only to take pictures and nothing further. Others argued that the women were paid to be there, and knew what their job entailed. My own view? The contest essentially encouraged a degree of sexual harassment. Many of you may consider that a bit of a slippery slope argument (thanks, LordZB), but I stick by it. 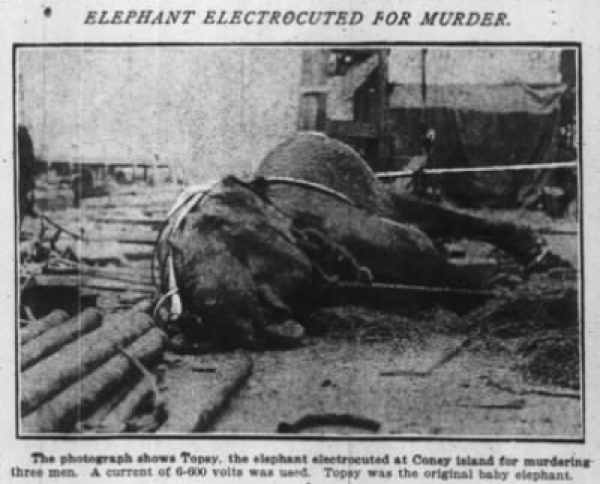 This is another fairly sad entry, unfortunately, and I have to apologize for that; but it deserves a spot if only because it will come as a surprise to many. Everyone knows the name Thomas Edison, decent thinker and brilliant businessman. Some people, however, are much less familiar with the feud between him and Nikola Tesla over alternating current versus direct current. Edison had his money in direct current, and Tesla had his in alternating current. Supporters of direct current (mostly those who stood to profit from it) spoke of the danger posed by the much more efficient alternating current.

Edison, not wanting to compromise his enormous profits from direct current, vehemently denied the (accurate) claims that alternating current was far superior, and organized a series of animal executions to prove how dangerous it could be. When Edison learned that a zoo elephant called Topsy was to be executed for killing three of her handlers in the past three years, he saw a fantastic marketing ploy. So when plans to hang the elephant were scrapped for humanitarian reasons, Edison offered oh-so-kindly to have the animal killed by electrocution. When the day came, Topsy was fed cyanide-laced carrots just prior to the idiotic execution, and when the current came she was killed instantly. Thankfully, Edison gained nothing from the spectacle other than a marred reputation: alternating current very quickly showed its vast superiority to Edison’s direct current.


4
Hanging of an Elephant 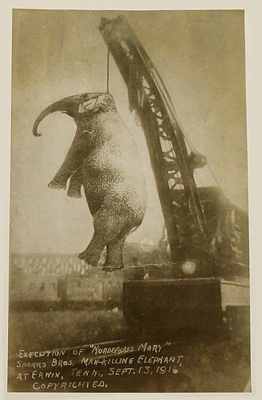 In 1916 Tennessee, Sparks World-Famous Shows was struggling to compete with much larger circuses of the time. It managed to stay afloat, mainly thanks to Mary the elephant, a huge Asian elephant which the circus claimed to be the world’s largest. The owner of the circus was Charles H. Sparks, who had been in the circus business since the late 1800s. His circus was reputed as being an entirely family friendly show, and he and his wife treated their animals with great care and the trainers were instructed to do the same.

Sadly, Walter Elridge – hired as an “under keeper” in September 1916 – didn’t receive that instruction. When the elephants were being led to water between shows one day, Mary veered towards a piece of watermelon at the roadside. Elridge overreacted, by prodding the calm elephant with a bull hook. Mary became enraged, grabbed Elridge with her trunk, and slammed him into a drink stand before stomping on his head. Patrons of the circus were terrified, and demanded that Mary be killed. A blacksmith tried, but guns of the day did not have nearly enough power to fell the seven thousand pound elephant. So the town’s Mayor, along with the Sheriff did the only logical thing, they arrested Mary. She was tried and convicted for murder, and sentenced to be hanged. The spectacle attracted large crowds, and it was successful as a publicity stunt, despite its tragic end for Mary.

3
Free Speeding Tickets for a Day 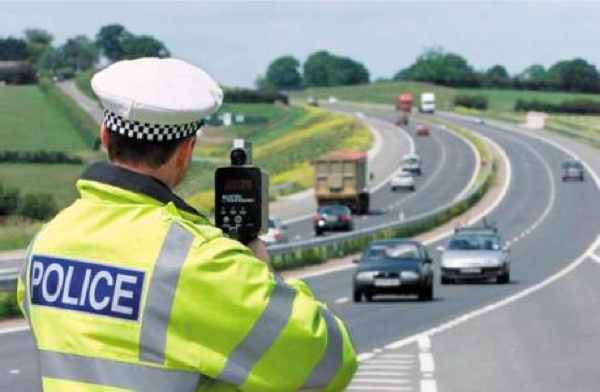 Coming back to recent times: prior to the 2002 launch of “Burnout 2: Point of Impact”, game publisher Acclaim decided to listen to the idiot in marketing who suggested they pay off all speeding tickets issued in the UK on the day the game was released. The company was immediately slammed with promoting reckless driving. The police soon got involved, and thankfully the idea never became a reality. I haven’t been able to discover what happened to whoever suggested the idea in the first place – I suspect that they’re lying low.


2
The Crash at Crush 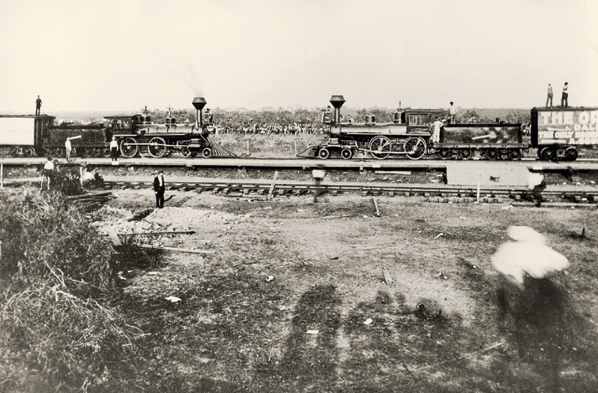 Heading back in time yet again, this publicity stunt took place in Texas, in 1896. William George Crush, who worked for Missouri-Kansas-Texas Railroad, orchestrated one of the most horrendously stupid publicity stunts of all time. He decided that a good way to advertise for the railway company was to cause a train crash. Like the cigarette company at the top of this list, Crush’s idea leaves me dumbstruck. Why would you advertise your product by showing the dangers it can pose?

It was solely for the purpose of this planned crash that the town “Crush” was built. On the day the crash was to take place, there were over forty-thousand people in the city, making it the second largest in the state. Safety was taken into light consideration: a special track was constructed, and the event was delayed an hour so that the police could force people back to what was purportedly a safe distance. But nobody remembered the trains’ boilers. On impact, these boilers exploded, shooting shrapnel every-which-way and killing three spectators. William George Crush was promptly fired – and rehired the next day. 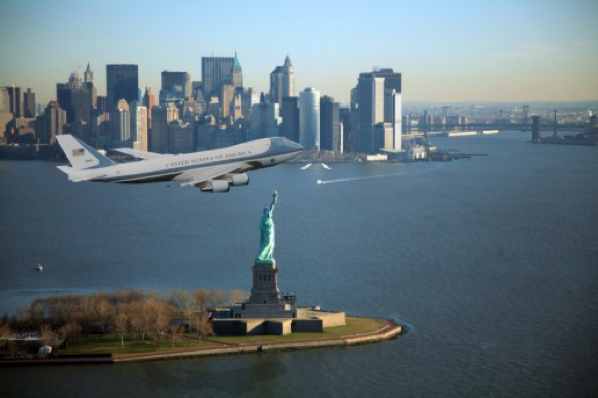 On Monday April 27th, 2009, many New Yorkers were shocked to see a low-flying Boeing 747 trailed by an F-16 circling the Statue of Liberty. Thankfully, the spectacle was not another terrorist attack, but a phenomenally stupid photo shoot organized by the Air Force. Many citizens of New York – including Mayor Bloomberg – had not been warned about the planned photo op. The aircraft caused widespread panic in downtown New York. Thousands streamed out of residences and businesses, calling their loved ones and fearing the worst. The jets circled for an hour, got their pictures and soared off.

Incredibly, another photo shoot was planned to take place in Washington, D.C., soon after the one in New York, however following the disaster in New York a government official was quick to confirm that this had been canceled. Ultimately Louis Caldera, a former Secretary of the Army who ran the White House Military office, took the blame for the terribly thought-out plan and said: “While federal authorities took the proper steps to notify state and local authorities in New York and New Jersey, it’s clear that the mission created confusion and disruption. I apologize and take responsibility for any distress that flight caused.” The outrageous stupidity of this stunt is what has earned it the top spot, in addition to the fact that I haven’t been able to think of a single reason why the photo shoot needed to be kept secret.