Humans love order. We love organizing people into groups (race, gender, etc.), we love ranking things—top 10 lists—and we love comparing things. Over time we develop units of measure to help us in our goal to quantify the world around us. Mostly these units are mundane, but occasionally something new arises which can seem outright strange. 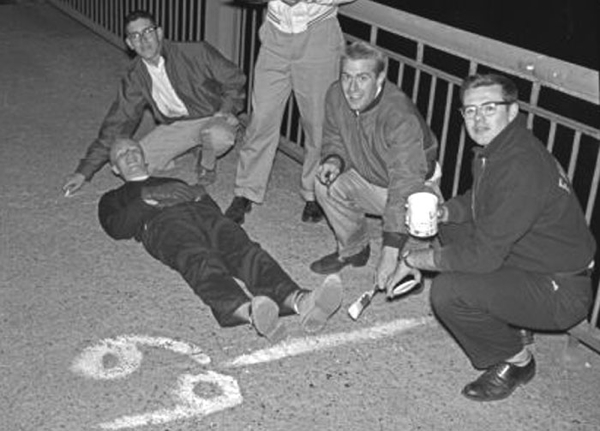 It might sound like a made-up word, but the smoot unit of measurement is a huge deal, especially in Massachusetts where it first originated. In 1958, a 1.7 meter (5.5 feet) tall fraternity pledge called Oliver Smoot agreed to be used to measure the 620 meter (2,000 feet) long Harvard Bridge which connects Boston and Cambridge. After repeatedly lying down on the bridge and having his position marked in chalk, it turned out that the bridge was 364.4 smoots (and an ear) long. However, this harmless prank is now infamous: in the 1980s, when the bridge was renovated, the local police had to ask for the smoot marks to be repainted, as they used them to record accidents, and Google now allows you to calculate or measure anything in smoots. 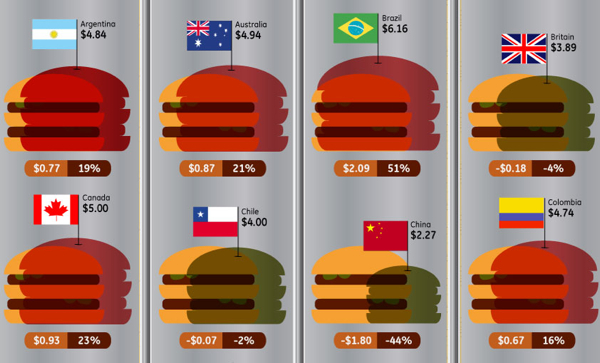 The Big Mac Index is not—as we might be tempted to think—a name for a photo album full of burger pictures. Instead, it’s the method that The Economist has used since 1986 to compare the economies of countries. It is based on the price of a McDonald’s Big Mac. For example, in January 2012, you could buy twenty-three Big Macs in Ukraine and Hong Kong for $50 USD, but only seven in Norway and Switzerland for the same price. In fact, some governments regard this as such an important measure of economy that Argentina has been accused of price-fixing the cost of their Big Macs in order to improve the country’s ranking. 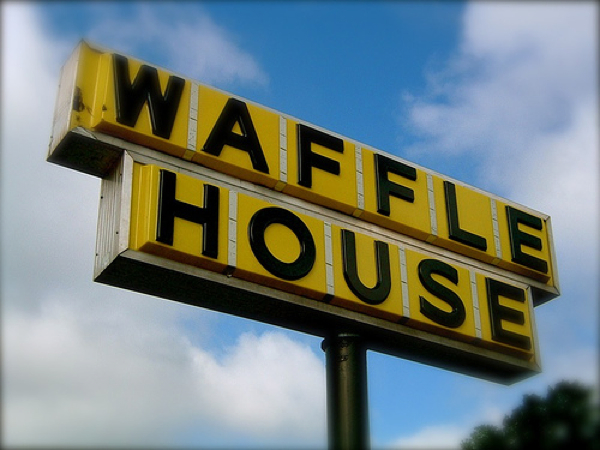 Waffle House prides itself on a few things, the most obvious being its waffles. The second? That its customers can come at any time, even during a natural disaster, and chow down on some hot food. It’s for this reason that FEMA (Federal Emergency Management Agency) uses Waffle House restaurants as a guide to how badly an area has been hit by a hurricane. If the restaurant is open, it’s all good. If it’s closed, however, in the words of one FEMA administrator, “that’s where you go to work.” 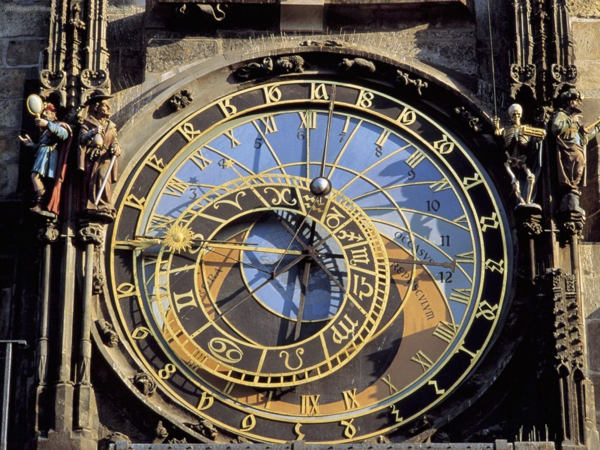 Whenever somebody asks you to do something and you reply “just a moment,” don’t think you’re being sneaky by not giving them a precise time. You’re not. A moment is a measurement of time used during the medieval period. It is equal to roughly one and a half minutes. And just to make things more confusing, a moment could be broken down further into twelve ounces of 7.5 seconds each. 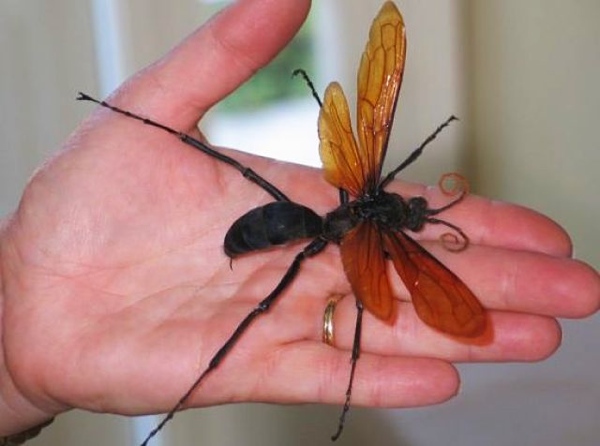 The Schmidt Sting Pain Index is a pain scale designed by Justin Schmidt, an entomologist at the Carl Hayden Bee Research Center, to measure the painfulness of stings. According to the index, a 0 rating is a sting that causes no pain, whilst a 2 is a sharp pain, as in bee and wasp stings. If you’re having trouble thinking of what a 4 might feel like, according to the man himself, “you might as well just lie down and scream.” Oh, and you should definitely trust this scale because Schmidt had to be stung by hundreds of different insects to create it. The Tarantula Hawk wasp (pictured here) has one of the highest Schmidt Pain indexes of all creatures. 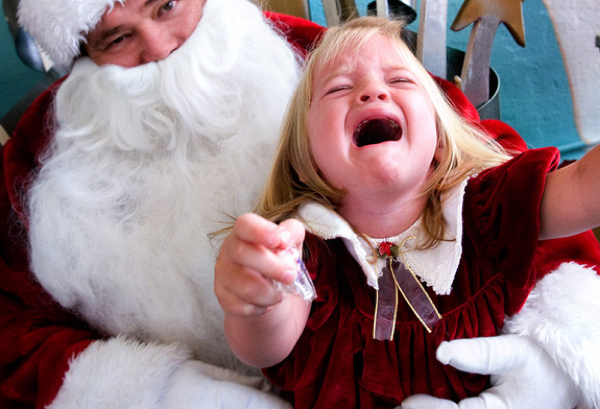 In 1967, Thomas Holmes and Richard Rahe devised a scale to measure the amount of stress in someone’s life. It ranks forty-three life-events ranging from Christmas and trouble with the in-laws to divorce and death of a spouse. The more stressful the event, the higher the score. And the higher the score, the more likely you are to suffer ill-health as a result. Trouble with your boss ranks as a 23 and the death of a spouse ranks as a 100. Interestingly, a vacation (ranked at 13) scores higher than Christmas (12) or a minor violation of the law (11). A score above 300 means a high risk of illness. But, with spousal death at 100, it would be hard to imagine what event could result in a 300 score. 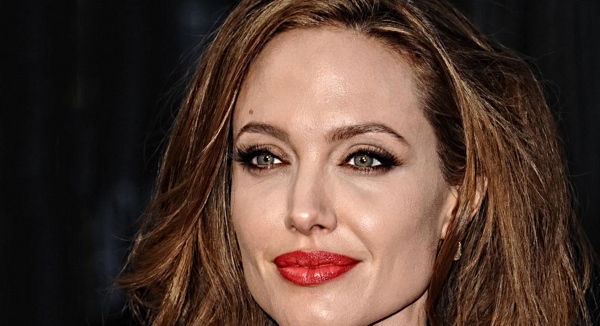 First off, this is not a scale for measuring enormous lip sizes. It is far more serious than that. As a result of the media coverage that Angelina Jolie has brought to various aid organizations, there’s no doubt that many people around the world are better off than they were before. And, as a neat side-effect, we now have a method of measuring this benefit: the Jolie. First coined by Paul Salopek, a Jolie is a unit of measuring how much international aid a country receives when a celebrity popularizes the situation there. As Salopek described: in 2005, the Democratic Republic of Congo received $11 per capita’s worth of aid, whilst Darfur (with an equally-similar situation and the added attention brought to it by Jolie) received $300 per capita in aid, Hence, a Jolie can be thought of as a 27-times increase in aid receipt. 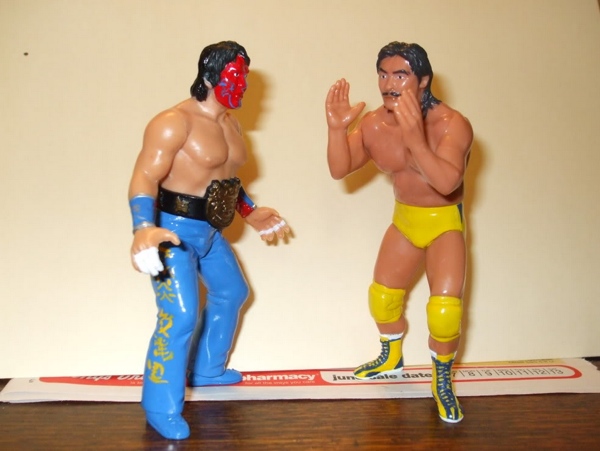 Not surprisingly, wrestlers often get badly beaten during wrestling matches, a habit which causes them to bleed. In some cases . . . a lot. The Muta Scale is a method used by fans to determine precisely how much blood a wrestler loses during the course of a match. A score of 0.1 Muta is a large scratch whereas 1.0 Muta refers to the amount of blood that the Great Muta—a wrestler from Japan—lost during a New Japan Pro Wrestling match in 1992. How much blood was that? So much blood it is considered to be the bloodiest wrestling match in history. 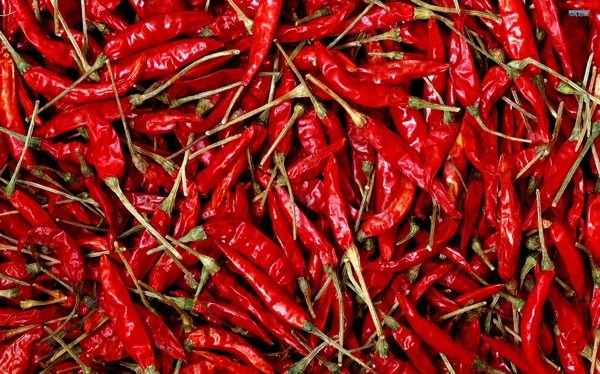 The Scoville Scale is used to measure the amount of capsaicin in chilis, because it’s sometimes important to know the exact temperature of the inferno that’s raging in your mouth. Unlike the Schmidt Scale, the creator of the Scoville scale didn’t eat every pepper he tested. Instead, he extracted the oil of the plant (the part that gives it heat) and measured how many times it needed to be diluted with a mixture of sugar and water before no heat could be detected. The more dilutions needed, the higher the Scoville rating. For example, the oil of the Trinidad Moruga Scorpion needs diluting between 1.5 million and 2 million times before it can be eaten, therefore, that’s its Scoville score. Incidentally, law enforcement grade pepper spray rates at the same level as the Trinidad Moruga Scorpion. 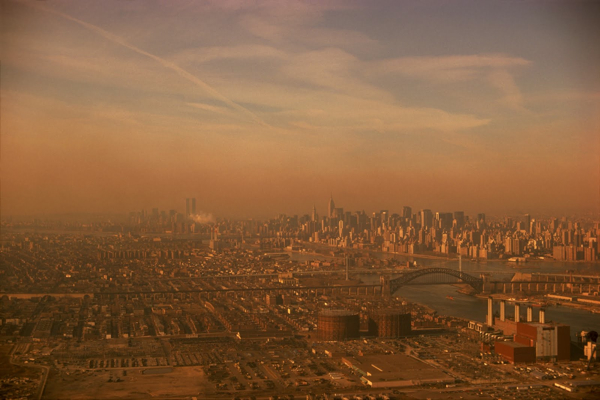 Micromorts measure the increased chances of death resulting from performing a mundane task. One micromort is the equivalent of a one-in-a-million chance of death. Some activities that will increase your risk of death by one micromort are: living for five years at the boundary of a nuclear power plant, spending one hour in a coal mine, drinking Miami water for one year, or living in New York for two days. The value of one micromort is $50: the price a person is willing to pay to mitigate the effects of their activity.