“Medicine” is defined as “the science and art dealing with the maintenance of health and the prevention, alleviation, or cure of disease.” But what is it called when intended “medicines” accidentally end up causing disease and detracting from your overall state of well-being? Ironically, “poison” perhaps. Let’s look at 10 such documented examples in human medical history. 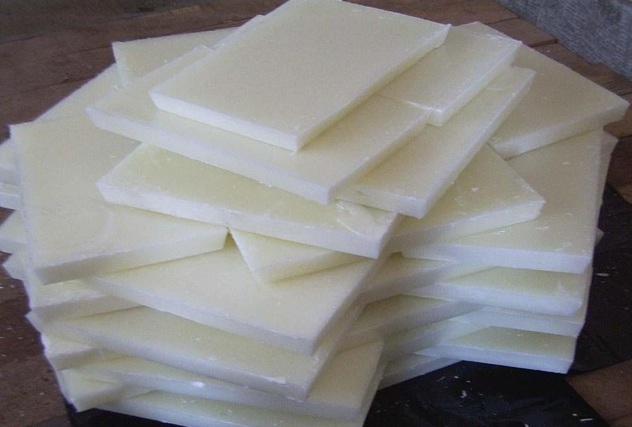 Today, doctors use Botox and collagen to rejuvenate faces. They also use silicone inserts to enhance breast size. But the history of wrinkle reduction and breast implants actually starts much earlier than people realize. The first recorded attempts at wrinkle removal and artificial breast enhancement were carried out prior to the 1900s. The procedure involved injecting paraffin wax directly into the wrinkled area to smooth it out, or directly into the breast to increase its volume. But the practice quickly fell out of favor for good reason. Harsh infections were a common side effect of this primitive technique. It also caused the formation of hard, painful lumps known as paraffinomas. So in an effort to enhance the woman’s breasts, the procedure actually left them hard, misshaped, and more unattractive. 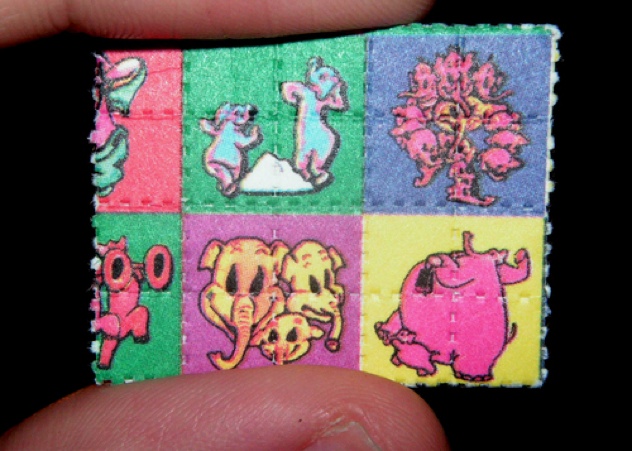 Psychedelics like lysergic acid diethylamide (LSD) and MDMA (ecstasy) have a complicated history of being used as potential treatments for mental illness that dates back to the early 20th century. Researchers studied LSD therapy in the 1950s and 1960s. They published numerous clinical papers and tested more than 40,000 patients. The problem they found, with using psychedelics to treat mental health problems, is their potential to actually cause psychiatric disorders. LSD can trigger panic attacks or feelings of extreme anxiety, colloquially referred to as a “bad trip”. Therefore, people with such conditions as schizophrenia and depression can actually worsen with LSD. There are also cases of LSD inducing a psychosis in people who appeared to be healthy before taking LSD. In most cases, the psychosis-like reaction is of short duration, but in other cases it was chronic. The psychiatric drugs can in fact trigger latent mental conditions that would not have manifested otherwise. Not surprisingly, the Controlled Substances Act of 1970 prohibited the drug’s medical use. 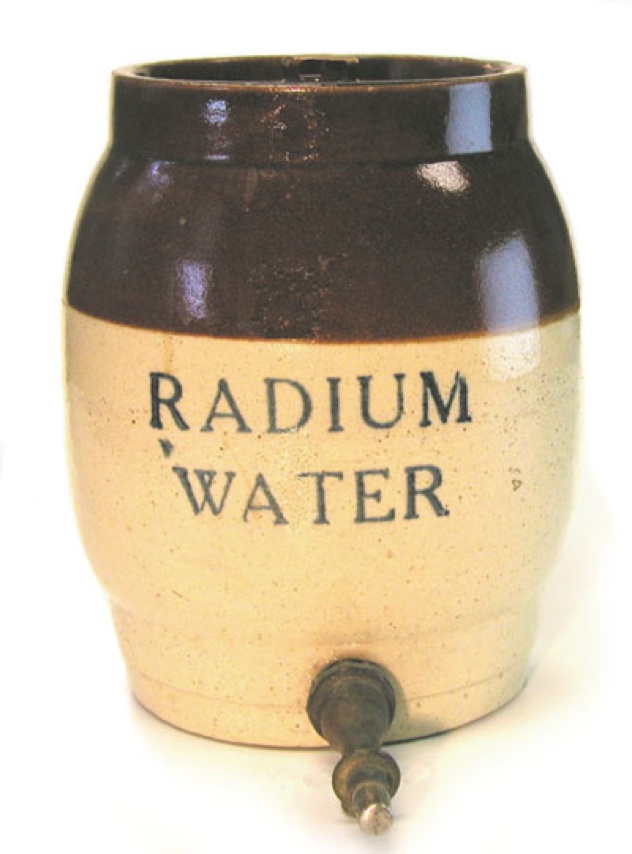 In case you needed a reminder that really bad ideas for cures don’t have to come from thousands of years ago, let me remind you of radium water (radioactive water). Advertisements that touted preparing radioactive drinking water at home were common promotions for radiation therapy around 1913. Maybe the reason this bad idea didn’t show up until the 20th century was because we didn’t know about radioactivity until then. But once we discovered it, we sure did move fast. The makers of a whole variety of radioactive cures insisted that the high-energy water could cure everything from arthritis to high blood pressure to acne. Unfortunately, side effects like cancer, loss of hair and teeth, decaying bones, and fatigue, (all the symptoms of radiation poisoning) also went hand in hand with this “miracle cure.” Luckily, radium is now understood to be a serious health hazard. 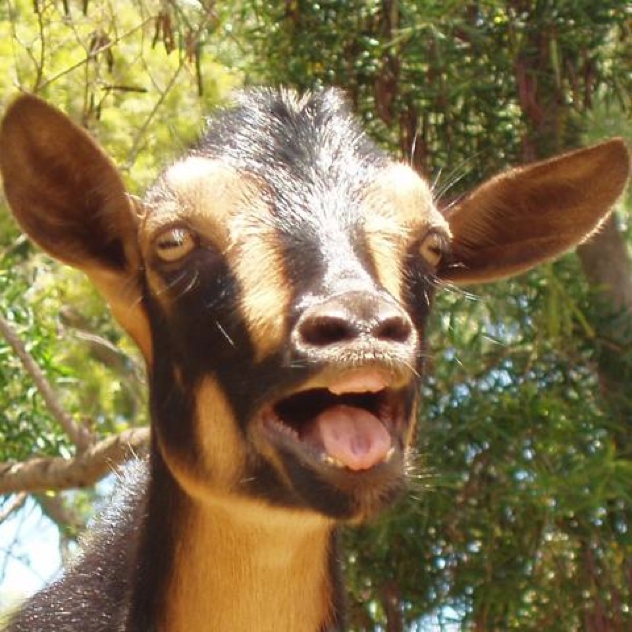 In the early 1900s, John Brinkley became one of the richest doctors in America, despite having no medical qualifications. He claimed he could cure impotence, infertility, and other sexual problems by surgically implanting goat testicles into a man’s scrotum. The surgery had no scientific merit and was extremely dangerous. Perhaps the craziest part is how he convinced so many patients to go along with it, and pay handsomely as well. In 1913, at his newly opened 16-room clinic, Brinkley began to perform countless operations he claimed would restore male virility and fertility through implanting the testicular glands of goats in his male patients at a cost of $750 per operation ($8,600 in current value). Not surprisingly, the ill-conceived procedure actually caused impotence and hormonal problems. Dozens of patients died and many others suffered horrible infections. 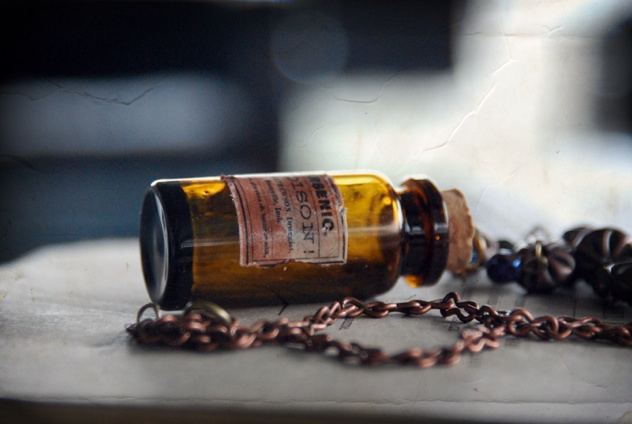 Arsenic may be a well-known poison, but for centuries it was used as a medicine. In traditional Chinese medicine, arsenic is known as Pi Shuang. Arsenic was also a key ingredient in many patent medicines, including Fowler’s Solution, a purported cure for malaria and syphilis in use from the late 18th century until the 1950s. Another arsenic-containing patent medicine, Donovan’s Solution, was used to treat arthritis and diabetes. Victorian women also used arsenic as a cosmetic. The problem with all these treatments was of course, the arsenic poisoning. Arsenic can kill humans quickly if consumed in large amounts. Small but long-term exposure can lead to a much slower death or other illness. For example, studies have linked prolonged arsenic exposure to cancer, diabetes and liver disease. 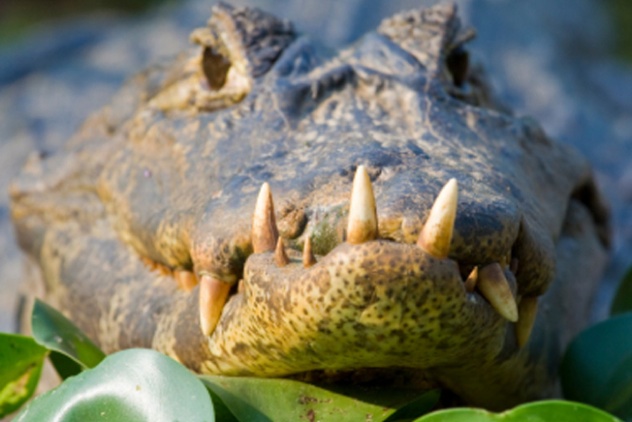 In ancient Egypt, the contraceptive of choice was crocodile dung. Dried dung was inserted into the vagina, the idea being that it would soften as it reached body temperature to form an impenetrable barrier. There are countless other examples throughout history of dung being used for medicinal purposes. In addition to the Egyptians, certain African cultures used elephant dung as a contraceptive, apparently following the crocodile dung theme. In 17th-century England, doctors advised chicken dung as a cure for baldness. In India, cosmetics and potions laced with cow dung have been as cures for everything from cancer to acne. A make-it-yourself remedy to ease a sore throat once included the ingredient graecum (which is dried dog dung), as written in the book “The Popularization of Medicine, 1650-1850.” The problem with using dung as a medicine is its tendency to harbor bacteria, which in turn actually causes a large variety of diseases. In fact, contamination of water with fecal matter in developing countries causes an estimated 1.8 million deaths per year. 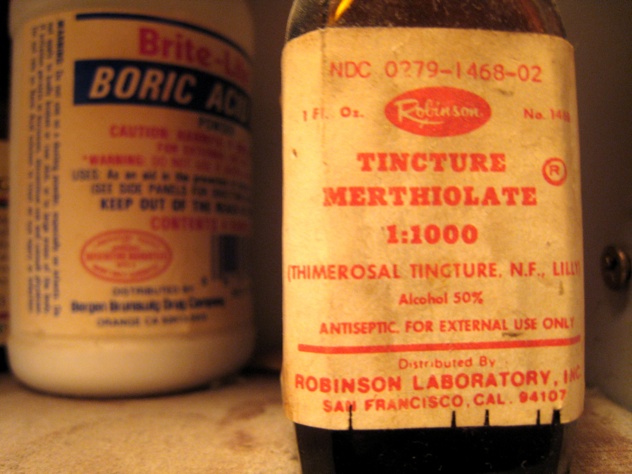 Famed cure for syphilis, indigestion, old age and almost everything else, mercury was once the most popular medicinal metal. Maybe it was the hypnotic allure of the flowing silver-colored liquid that made it such a hot commodity; the metal found its way into the bloodstreams of some very important people, including Abraham Lincoln, whose fits of rage may have resulted from the mercury in a then-popular blue pill, and the first emperor of China, Qin Shi Huang, who likely died from the mercury-laden pills that he thought would grant him immortality. Once you’ve got mercury in your bloodstream, good luck getting rid of it. The neurotoxic element accumulates over multiple doses. At its worst, mercury poisoning can cause paralysis, insanity, loss of motor control, ulcerations, neurological damage, and death. So in other words, the exact opposite of anti-aging medicine, as it was once considered. 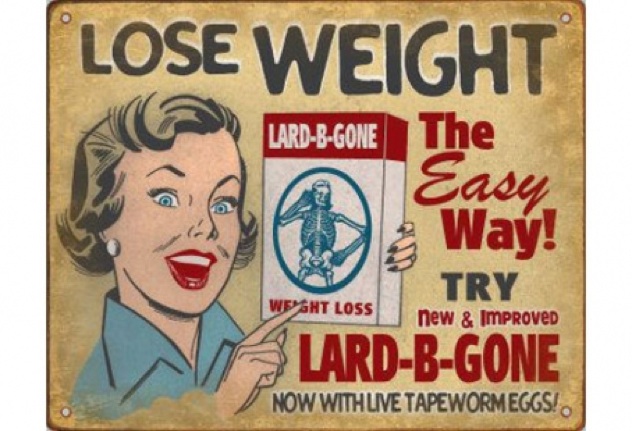 During the 19th Century dieting became big business. Advertising was becoming more and more sophisticated, with more and more diet products being peddled. Not for the squeamish, in the early 1900s the tapeworm diet started to be advertised. Dieters would swallow beef tapeworm cysts, usually in the form of a pill. The theory was that the tapeworms would reach maturity in the intestines and absorb food. This could cause weight loss, along with diarrhea and vomiting. Once a person reached their desired weight they then took an anti-parasitic pill which, they hoped, would kill off the tapeworms. The dieter would then have to excrete the tapeworm, which could cause abdominal and rectal complications. It was risky in many ways. Not only can a tapeworm grow up to 30 feet (9m) in length, they can also cause many illnesses including headaches, eye problems, meningitis, epilepsy and dementia (not the side effects you’re looking for when simply trying to slim down). 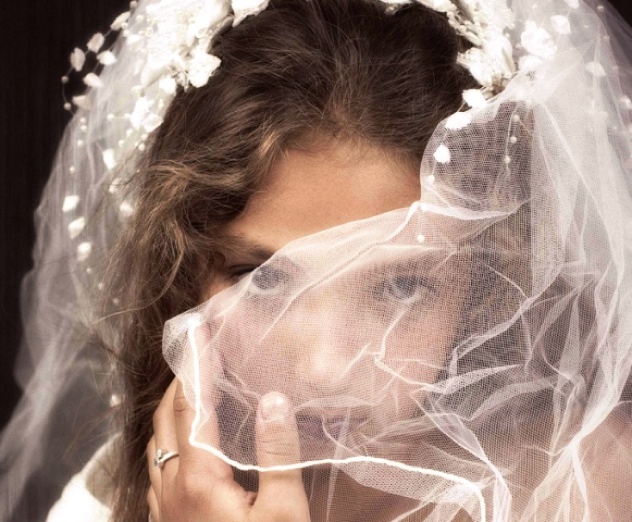 The troubling myth that someone infected with an STD can transfer the disease by having sex with a virgin, thus curing themselves, dates back to at least the 16th Century, when the practice was first documented in relation to syphilis and gonorrhea in Europe. The myth continues in some parts of Africa. Needless to say, this treatment accomplishes the exact opposite of its intended purpose. Having intentionally unprotected intercourse will spread STD’s at an alarming rate, not cure them, as the myth would suggest. 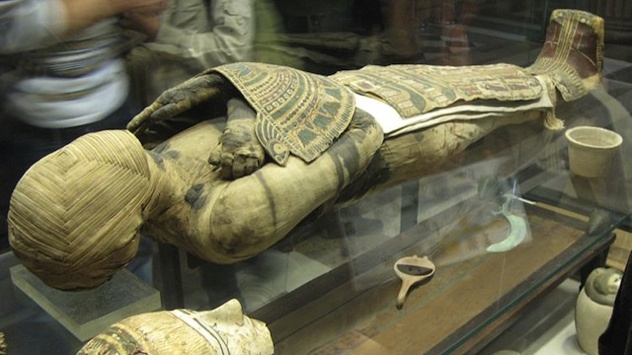 Across medieval Europe and the Middle East, corpses were ground into powder and used as medicine. This “mummy powder” was thought to cure many common ailments, such as headaches, coughs, and stomach ulcers. Ironically, it was also used as an antidote for poisoning. 17th-century French surgeon Ambrose Pere helped drive a stake through the heart of the mummy powder craze when he wrote that “not only does this wretched drug do no good, but it causes great pain to the stomach, gives foul-smelling breath, and brings on serious vomiting.” Not to mention the potential diseases that may be lurking in an ancient mummified corpse.

Bonus: Perhaps nothing was wackier than Sir Kenelm Digby’s “Powder of Sympathy.” The powder was intended as a treatment for a very specific injury: sword wounds. It was made of earthworms, pigs’ brains, iron oxide (rust), and bits of mummified corpses, ground into a powder. But here’s the catch, the powder was applied not to the wound itself but to the offending weapon. Digby thought that the strange concoction would somehow encourage the wound itself to heal via a process called “sympathetic magic.”

Ross works as a patent agent and is a long time Listverse fan.