Isn’t food the best? Not only is it delicious, we literally have to eat it to stay alive. Still, there’s a catch: If our dinner is spoiled, the very thing keeping us alive could end up killing us. To prevent this, we have developed a number of creative ways to keep food in prime condition as long as possible. Here are ten of the strangest ones: 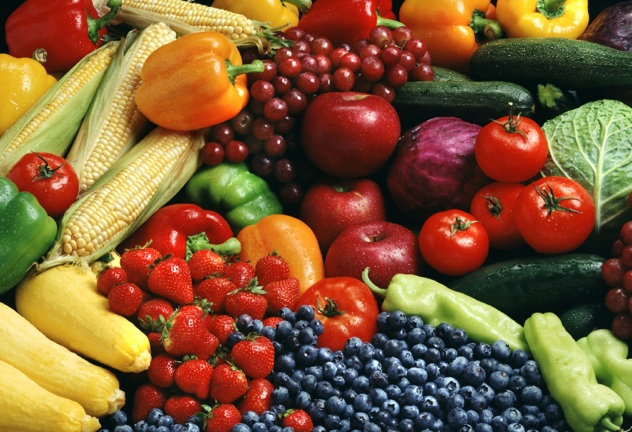 Irradiation is not a new thing in cooking. After all, microwave ovens (which work by bombarding the food with electromagnetic radiation) have been around for decades. But when it comes to food preservation, “radiation” suddenly becomes a worrying word. Preserved foods and radiation together tend to conjure images of nuclear shelters, things that glow in the dark and even agonizing death.

The last one of those is actually a very accurate image. The thing is, it’s not about your death—it’s the death of pests and germs in your food. Food irradiation is a technique where the food is exposed to ionizing radiation (for instance X-rays) in order to kill or incapacitate germs and microbes. Done correctly, the process can slow or even completely stop spoilage. 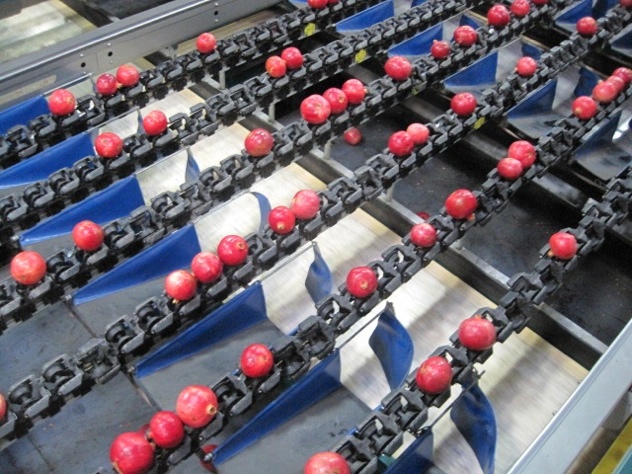 Have you ever wondered how some products claim they have no additives, yet have a suspiciously long shelf life? There is a trick to that. It’s called High Pressure Processing (also known as pascalization and bridgmanization, for the scientists who helped develop the technique). The food is subjected to a massive pressure of around 50,000 pounds per square inch for up to fifteen minutes. This sheer pressure is enough to inactivate microbes, preserving the food up to ten times to its usual shelf life (for instance, guacamole normally lasts around 3 days, but the high pressure treatment increases this to a month). And it gets better: Pascalization can even vastly improve the food. Research suggests that it can double the levels of certain healthy natural antioxidants in fruit. The method sounds like something straight out of a Science Fiction story. Even so, the basic principles of the process were invented back in the 17th Century by Blaise Pascal, a French scientist. 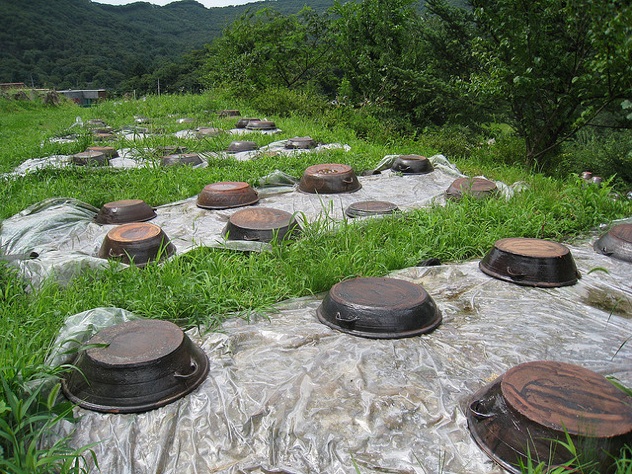 It’s difficult to imagine burials and cuisine together, except as an unfortunate aftermath to eating really bad salmon. But although most people assume burial just leads to decomposition (everyone knows buried corpses become skeletons), it is actually a fairly effective preservation technique. Burying food can shelter it from many spoiling agents, such as light and oxygen. The soil should preferably be dry and salty, or even frozen. Just remember to use a good container—otherwise your meal might easily become worm food. Burial is also used in cooking. For instance, the Korean national dish Kimchi is prepared by burying vats of seasoned vegetables for months. 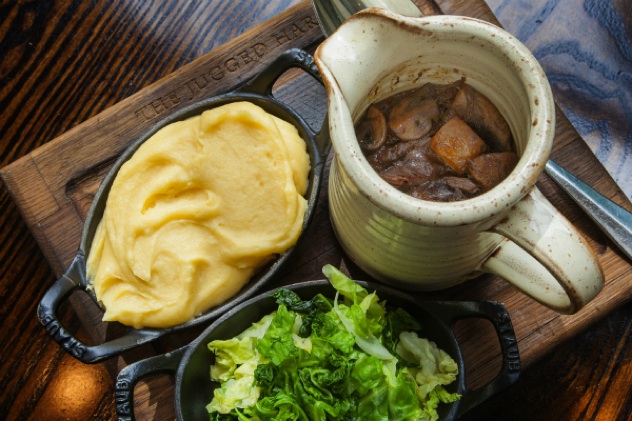 Jugging is a peculiar technique of cooking and canning meat at the same time. It is similar to the time-honored vagabond tradition of heating a can of beans over a fire using the tin as a makeshift cooking pot. Jugging is a more hardcore version of the technique: The tin is a large earthenware jug and the beans are replaced with meat. The jug is tightly closed and the food is slowly cooked inside it. The process results in a tasty, stew-like meal that is preserved in the tightly shut jug.

Jugging was a common practice in both English and French kitchens until the 20th Century, which means it’s pretty much the only thing the two cuisines have ever agreed about. Some recipes that use the technique are “Jugged Hare” (rabbit cooked in wine and juniper berries) and kippers (because the tightly shut jug helps contain their smell).

Some foods, such as fruits and vegetables have a very delicate surface texture. This makes them very difficult to preserve with conventional methods (such as heat or chemicals) so that their taste and texture doesn’t chance.

However, scientists have found a way around this problem. They bombard the fruit with plasma (which consists of ionized particles and is considered the “fourth state” of matter, along with liquids, solids and gases). The particular plasma they use is not the destructive, superheated one you may know from movie and video game weaponry. Instead, they use nonthermal plasma, which is roughly room temperature and relatively safe . . . unless you’re a microbe.

Easily the most futuristic technique on this list, Nonthermal Plasma Treatment has proven to be a reliable antimicrobial treatment that doesn’t alter the food in any way—apart from making it safer to eat and giving it a longer shelf life. 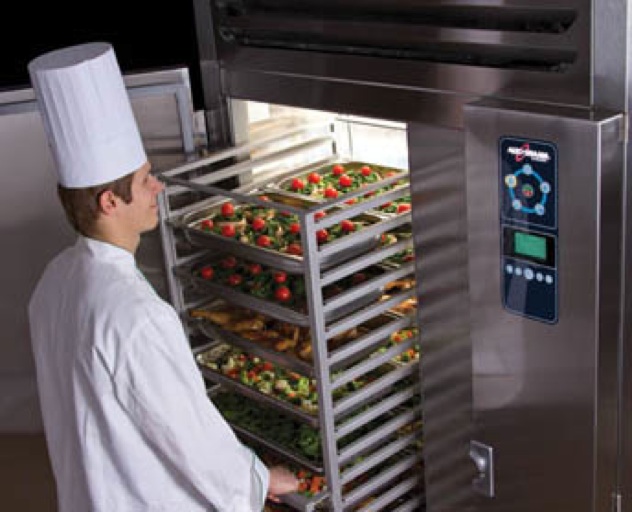 Have you ever wondered how catering services manage to transport their food so that it’s still good and fresh when they serve it? Cooking the food on location is often impossible, and they can’t just prepare it in their own kitchen and cart it to the party guests on the other side of the town.

The technique many caterers use is called blast chilling. It’s a method of safe and swift preservation that is custom designed for hot food. First, they cook the food. Then, they rapidly cool it down from 158 °F (+70°C) to 37 °F (+3 °C) or below. As long as the process takes under 90 minutes, the food remains in the exact condition it was before chilling. A normal storage cooler could never manage that (shockingly, they can take 12 to 23 hours to cool food properly), so a special “air blast chiller” cabinet is used for the process. The frozen food is easy to transport and all they need to do is heat it up on location—its taste and quality has remained the same.

Since the technique is effective and relatively easy, its use has started to spread beyond catering. For instance, the next time your frozen TV dinner tastes particularly appealing, chances are it has been blast chilled. 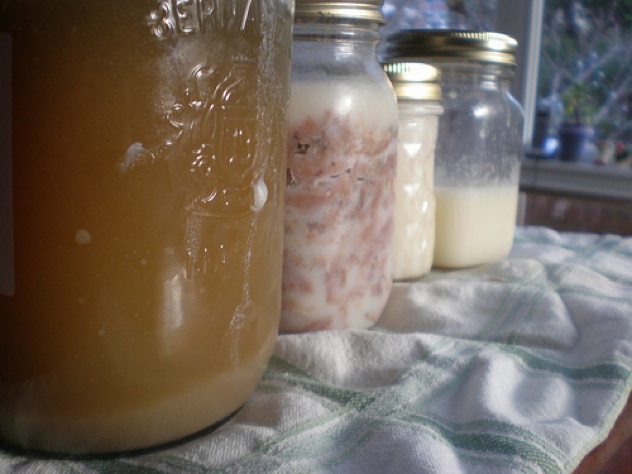 Our ancestors realized that one of the most effective ways to preserve food was to seal it away from the elements, especially oxygen. They also knew that the best way to cover food was with even more food.

This is how two classic preservation techniques were born. Aspic (which is essentially savory jelly) was created around the middle ages, when cooks found the way to turn various stocks and consommés (clear stock or broth soup) into gelatin. They started encasing food (particularly meat and seafood) inside chunks of aspic. The gelatin prevented oxygen from spoiling the food, and provided a delicious addition to the eventual meal.

Confit also relies on shutting off the oxygen. There are two variations: The meat confit, where food is slowly cooked submerged in its own fat, cooled off (so the fat forms a solid layer all around the meat) and sealed in a container. The fruit version replaces the fat with sugar water. 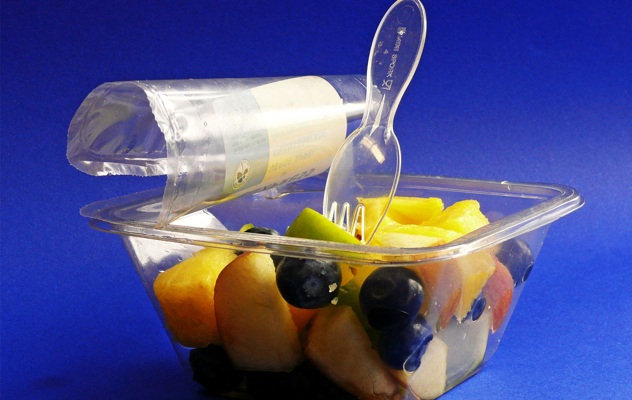 Air is essential to plants and animals alike. But once they become food, air suddenly turns into an enemy: The oxygen that once gave them life now aids microbes and oxidization, doing its best to decompose the food as quickly as possible.

Food industry has gotten around the problem with a trick called “modified atmosphere”. It’s exactly what it sounds like—they artificially create an atmosphere that prevents spoilage. The practice originated in the 1930s, when food ships started filling their holds with carbon dioxide in order to increase their cargo’s shelf life. Later, the industry developed packaging techniques that helped encase products in the kind of gas that was optimal for the shelf life of that particular foodstuff.

Although the practice may sound suspicious, modified atmosphere gases are actually completely safe. They’re just different mixtures of oxygen, nitrogen and carbon dioxide, all of which are naturally present in the Earth’s atmosphere. 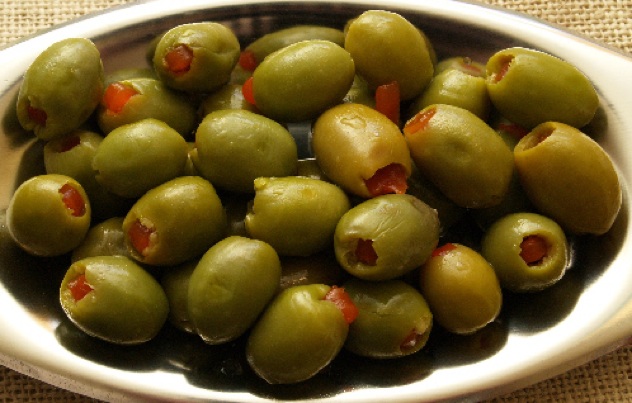 Lye is a strong alkaline solution that is commonly used in things like soap, drain cleaners and various cleaning agents. It is extremely caustic and highly poisonous. Despite all this, it’s also used for food preservation.

When combined with fat (either animal fat or vegetable oil), lye reacts by starting a process called saponification. The end result of this reaction is usually soap, but certain lye solutions (“food-grade lye”) can be used to saponify food. This changes the texture, scent and flavor of the food to a great extent.

The most notable lye-treated foods are probably Lutefisk (lye-soaked whitefish) and cured olives. The fish is gelatinous and has an extremely sharp taste and smell, whereas the olives become soft and slightly soapy.

Lye treated food is considered a delicacy by some. But before you decide to make some, please remember that the treatment process is fairly challenging. Food grade lye is hard to come by and even if you find some, getting just one step of the process wrong can result in a dangerously poisonous meal. 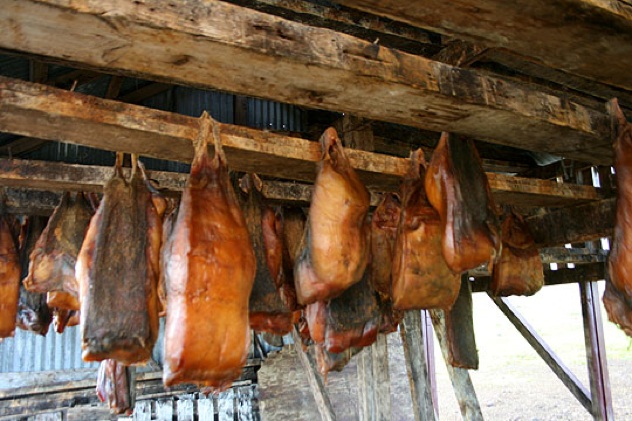 Our modern world puts a huge emphasis on fresh and clean food. While there’s nothing wrong with this, it couldn’t be further removed from the priorities of our ancestors.

Humanity has been cooking meals for a long time, and the oldest way to treat food is the simplest: Just let stuff be and see if the end result is edible. Of course, we don’t call it exactly that: We dance around it with fancy terms like “biopreservation”. Still, deliberate spoiling is at the heart of many of our favorite foodstuffs.

The most commonly used variety of this is fermentation. Our favorite drinks (beer and wine) are completely dependent on this controlled spoiling process. Many milk products and baked goods rely on it. Many charcuterie products (prepared meats such as salami and dry aged beef) also benefit from the fermentation process.

Fermentation can also be used to effortlessly prepare food in most extreme conditions. An old Icelandian recipe called Hákarl requires no cooking: It’s chunks of pressed, disemboweled shark that has fermented underground for six weeks. Alaskan Inuit tribes are also known to prepare their catch by letting it ferment. This method is not without its failures, though—a lovely snack of fermented walrus can come with a side order of botulism.