From monstrous grey beasts roaming the mountains to insane government plots to dens of xenophobic circus midgets, the world can be a strange place. Below are 10 mysteries that make us wonder if all is not as it seems. 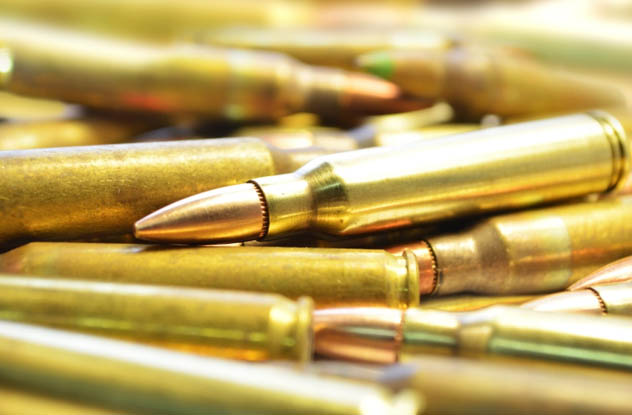 On December 17, 1995, the skies over India’s Purulia district experienced a curious deluge—a rain of hundreds of AK-47 rifles, grenades, rocket launchers, and over a million rounds of ammunition. The Latvian aircraft responsible escaped Indian airspace, but fighter jets intercepted it days later and forced it to land. The plane contained five Latvians and a shadowy figure named Peter Bleach. Bleach was a former British SAS soldier and a mercenary who some believed had ties to MI6. The six were sentenced to life in prison.

The mastermind of this plot was allegedly Danish citizen Niels Holck. Holck, who goes by dozens of different pseudonyms, escaped capture and fled back to Denmark. Intercessions by the Russian government eventually freed the Latvians in 2000, and Bleach was released by a presidential pardon in 2004. Denmark has since refused to extradite Holck to India to face charges, leading to a major rift between the two nations.

Though we seem to know who was behind the arms drop, its purpose remains far from clear. Investigations suggest the guns were meant for a group named Ananda Marga, to help them overthrow the communist government of West Bengal. More ambitious theories say several nations colluded in the scheme, moving figures like Bleach as their pawns. Their endgame, if any, will forever be a mystery. 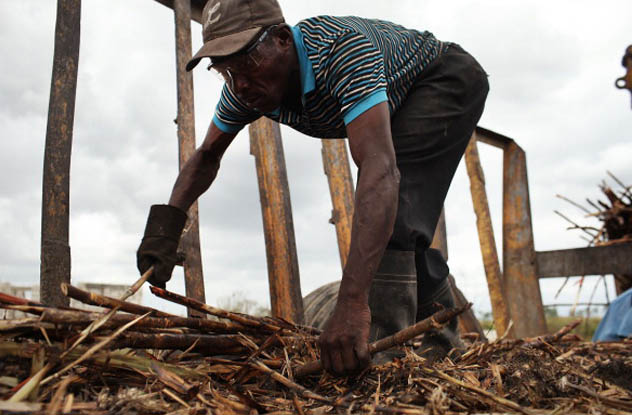 Two competing theories explain the deaths. Some believe that the men were poisoned by years of exposure to herbicides and other agricultural chemicals, such as Monsanto’s Roundup. A competing hypothesis simply says the grueling nature of long-term plantation work (and lack of proper hydration) destroys the kidneys. Still others point separate environmental factors.

Those afflicted are almost always extremely poor and cannot afford medications and proper dialysis. They often rely on crude home dialysis to filter their blood, with usually fatal results.

In years past, the world seemed utterly profligate with vanishing hitchhikers—spirits who appear corporeal enough when accepting a ride, but somehow vanish without a trace during the course of the journey. One place renowned for its spectral activity is Switzerland’s Belchen Tunnel.

The hitchhiker in this case appears to be an elderly woman in white garb. On September 26, 1983, two girls reported that they’d picked up the woman, who appeared quite sickly. When they asked how she was feeling, she said she was ill and that something “terrible” was going to happen. Before they could further inquire about her condition, she disappeared.

Today, most people wouldn’t dare pick up a hitchhiker for fear of death, and the focus of urban legends has shifted elsewhere. How the spirits get around these days is anyone’s guess. 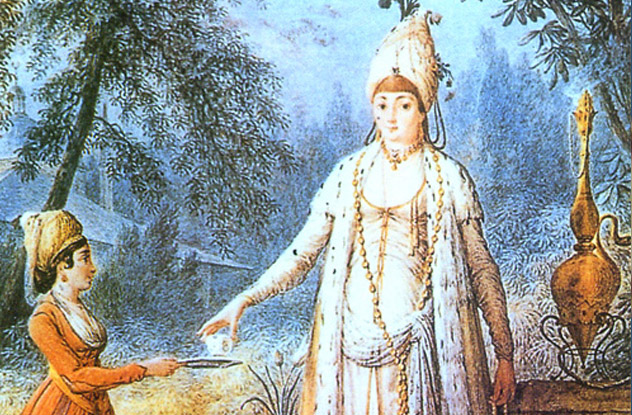 Aimée du Buc de Rivéry was born in Martinique in 1768 to rich plantation owners. In her youth, she was sent to school in France, but the 11-year-old girl disappeared on the return journey. No one has been able to track down what became of her. But that hasn’t stopped fantastic stories from emerging to explain the mystery.

In the days of Aimée’s disappearance, Barbary pirates prowled the seas. They’d claim any type of loot, but these corsairs’ primary commodity was the human variety. They did a brisk business selling white Christian slaves to the Ottoman Empire, and many think they sold Aimée as a concubine in a harem. As one story tells it, she eventually became the lover of Sultan Abdulhamid I and the mother to his heir, Mahmud II. Known as Naksidil Sultan, she introduced progressive French ideals to the Ottomans.

Naksidil died in 1817, and with her went any chance of identifying her or securing the legacy of a missing French heiress. 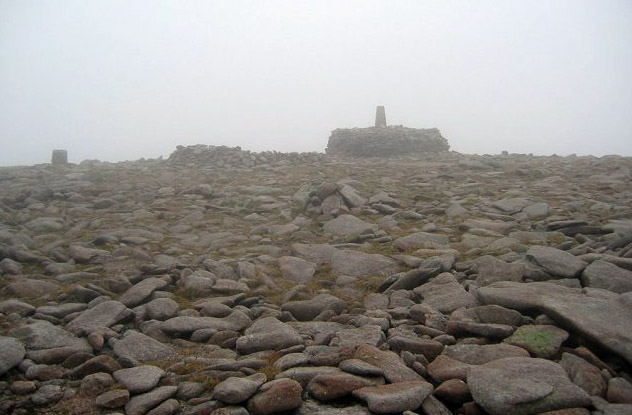 The fog-shrouded highlands of Scotland appear otherworldly, and if some reports trickling down from its peaks are true, they’re home to one of the most terrifying cryptids imaginable. Ben Macdui is the highest peak in the Cairngorn mountain range, a haunting, rocky spot of sparse grasses and snow. Its passes are said to be the dwelling place of the Am Fear Liath Mòr, the “big grey man of Ben MacDhui.”

Those claiming to have laid eyes on the creature describe it as extremely tall and covered in short hair, the Scottish version of a yeti or sasquatch. Others report an unseen presence that inspires dread. When British explorer J. Norman Collie visited the mountain in 1925, he claimed that he’d been wandering about when he heard monstrous footsteps. As he described it, “[As] the eerie crunch, crunch sounded behind me, I was seized with terror and took to my heels, staggering blindly among the boulders for four or five miles.”

Several theories have been put forth to explain the Fear Liath phenomenon. Perhaps the most plausible is that the creature is a “Brocken spectre,” an optical illusion caused by a confluence of the sun’s angle, the fog, and the person’s own shadow to create the appearance of a great, looming beast overhead. 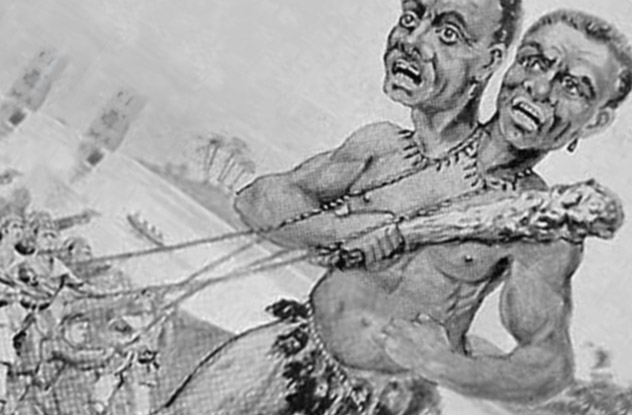 The Kap Dwa was a 3.5-meter (12 ft), two-headed giant whose remains made the sideshow circuit throughout England and the US in the early 20th century. Legend says Spanish sailors captured the hulk in South America in 1673. It broke its bonds and killed four of its captors before finally being stabbed through the heart with a pike.

Conjoined twins with one body and two heads are certainly extremely rare, but they’re not unheard of. Perhaps the most famous are Abby and Brittany Hensel, who even had a brief stint on a TLC reality show. The height of the Kap Dwa is something altogether different. The tallest human being of which there is reliable record was Robert Wadlow, who died in 1940 at age 22 at the towering height of 272 centimeters (8’11”). The Kap Dwa, if real, would have been nearly a meter taller.

The Kap Dwa was actually not likely real, but those with the good fortune to view the remains have found no obvious indication of fakery. The body is covered only by a loincloth, and no visible sutures mark where the pieces of this monstrosity might have been bound together. We do now know, however, that in the years before World War II, certain businesses “manufactured” sideshow attractions. Monsters like the Kap-Dwa could be purchased for some $60.

On the evening of December 26, 1898, 29 year old Michael Murphy and his sisters Norah and Ellen were returning home from a canceled dance when an unknown person ambushed them. He bludgeoned and shot Michael and bludgeoned and raped both sisters.

Their brother-in-law William McNeill found their bodies the next day, and he probably destroyed any chances of discovering the man responsible. Instead of instantly calling the law, McNeill summoned a group of people from a local hotel to the scene of the crime. By the time police arrived, dozens had wandered through the crime scene, sullying any potential evidence.

Michael had been robbed, and at first glance, the crime seemed to be the work of some opportunistic thug. However, the bodies were arranged in an odd fashion, all of them with their legs pointed west, which led some to believe in a more chilling meaning behind the incident. The killer even shot the horse, perhaps fearing that the animal would instinctively return home and ruin the chances of a quick getaway.

Identifying the perpetrator was further complicated by shoddy policework and medical examination. The investigation went on for months, and several suspects were considered, including family members and itinerant laborers in the area. A new theory was put forward in 2013, when crime investigator Stephanie Bennett asserted that the killer was probably a man named Joe Quinn, who bore a grudge against Michael Murphy.

Reports of plesiosaur-like sea beasts pop up throughout the world, the most famous being Scotland’s Loch Ness monster. Sweden has its own version, the lesser known Storsjöodjuret (translated as “The Great-Lake Monster”). This beast supposedly dwells in Storsjön Lake, which reaches depths of over 60 meters (200 ft). Descriptions of the supposed reptile vary considerably, giving rise to the idea more than one may populate the lake.

The creature dates back to at least 1635, when the first reports of it found their way into print. The Loch Ness monster’s most famous image, the so-called “Surgeon’s Photograph” has long been debunked, but Storsjöodjuret has some relatively compelling (albeit blurry) footage. 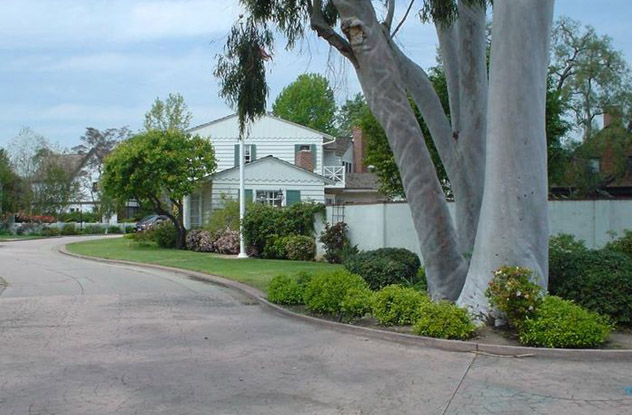 Folklore abounds with stories of the “little people”—gnomes, elves, leprechauns, and the like. Even today, the airwaves feature plenty of reality shows about people with dwarfism. While the majority of actual such people live among us, adjusting reasonably well to a normal-sized world, legends persist about “Midgetvilles.” Little people flock together in tiny houses in these isolated communities, away from the glares of outsiders.

There are several areas rumored to be Midgetvilles. One story holds that after filming The Wizard of Oz, several actors who portrayed munchkins established a community in La Linda, California. New Jersey is another apparent hotspot for Midgetvilles, although stories from the Garden State generally source their midgets as circus castoffs. Don’t go searching too hard for these hidden villages—all Midgetville stories say the residents chase off the curious with hurled rocks and curses. 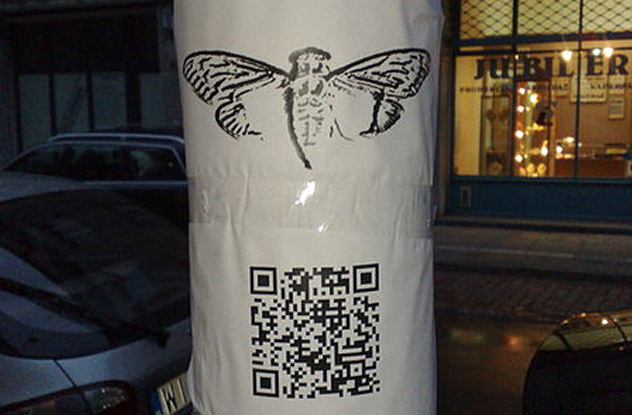 For the last three years running, the Internet has seen a bizarre puzzle game each January, hosted by someone who calls itself “3301” and uses cicada imagery. The puzzles are enormously complex. They draw on elements of cryptography, mathematics, literature, hidden messages, data security, and philosophy. Physical clues appear in places as diverse as Poland, Hawaii, Spain, Australia, and Korea. 3301 claims that its puzzles attempt to find “intelligent individuals,” for unspecified ends.

Whoever is behind the messages is clearly brilliant, so much so that most people believe the puzzles are meant as a recruitment vehicle. For whom, precisely, is another matter altogether. The most obvious suspects would be intelligence agencies like the CIA or MI6. However, any number of other resourceful entities could be behind the scheme. Major corporations like banks or software manufacturers like Microsoft would also gain from recruiting people with hacking skills and raw intelligence.

As of this writing, the third version of Cicada is underway and seems every bit as baroque and mysterious as its previous incarnations.