The number 13 is famously considered unlucky, but it’s not alone. Many numbers are avoided, unwanted, and deemed unlucky due to superstitions, pronunciations, or even events or accidents involving them. 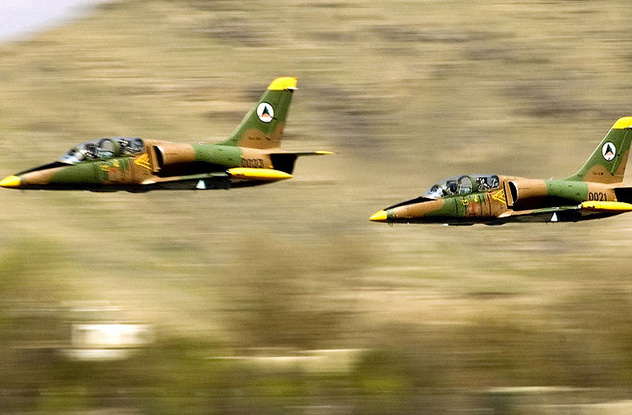 Due to the supposed “curse of 39,” the number 39 is avoided in Afghanistan, mostly in its capital of Kabul. According to the belief, some pimp once owned a car with 39 in the license plate number and lived in a house with 39 in the address. There are also speculations that the hatred of the number is due to an old form of calculation called abjad. No one has firm details on the origin, but it’s enough to give the number a seedy reputation.

Afghans avoid the number on their vehicle plate, phone number, and house addresses. A car that would normally sell for $12,000, for instance, could sell for a mere $7,000 because it has 39 on its number plate. People with a “39” plate number go as far as paying calligraphers to manipulate the 9 so it looks like 8. People with a 39 phone number also hide their number when making calls. Some also get calls from people asking them if they have prostitutes. People who are aged 39 also avoid saying they are 39. Instead, they say they are one year to 40.

Bulgarian mobile company Mobitel suspended the phone number 0888 888 888 after three people with the number died within just 10 years. The first user was Vladimir Grashnov, the former CEO of the company. He died in 2001. His death was said to have been caused by cancer, though there are speculations that he was poisoned by a rival.

The number was later given to drug lord Konstantin Dimitrov, who died in the Netherlands, where he had gone to inspect his smuggling empire. Rival Russian drug mafias were behind the hit.

The third person to use the number was also a drug smuggler, as well as an estate manager. Konstantin Dishliev died outside a restaurant in Sofia, Bulgaria. Police had just busted £130 million of his drugs.

After his death, Mobitel suspended the line and did not reissue it to anyone again. 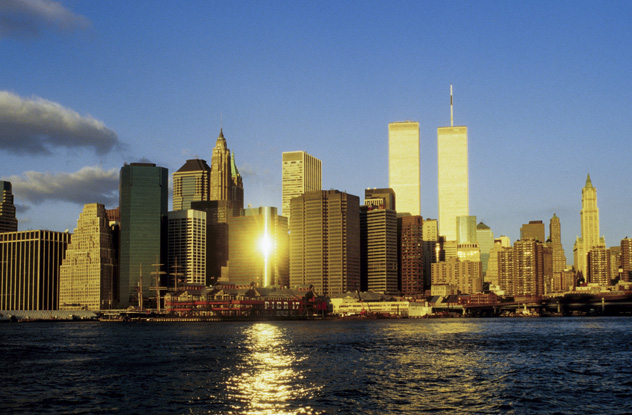 Thanks to the number system we happen to use, it’s possible to have dates and times that consist of a single digit—11/11/11 and 11:11. That fact has no significance whatever, but that doesn’t stop people from assigning those dates and times some imaginary significance out of superstition.

For example, since “11:11” seems more notable than most other times that appear on your clock, you’re most likely to remember looking at the clock at that time. This leads to the “11:11 phenomenon,” in which people wrongly believe that they look at their watches most often at 11:11. That phenomenon was the subject of the movie 11/11/11, released on November 11, 2011.

Conspiracy theorists also use the number 11 in nonsensical ramblings about the Kennedy assassination or the September 11 attacks. The Twin Towers of the World Trade Center stood beside each other, forming a giant number 11. The airplanes ran into them on 9/11—9 + 1 + 1 gives 11. September 11 was the 254th day of the year 2001, and 2 + 5 + 4 also equals 11. The first airplane that slammed into the towers was Flight 11. Flight 11 had 11 crewmen and 92 passengers, and 9 + 2 also gives 11. New York City and Afghanistan have 11 letters each. 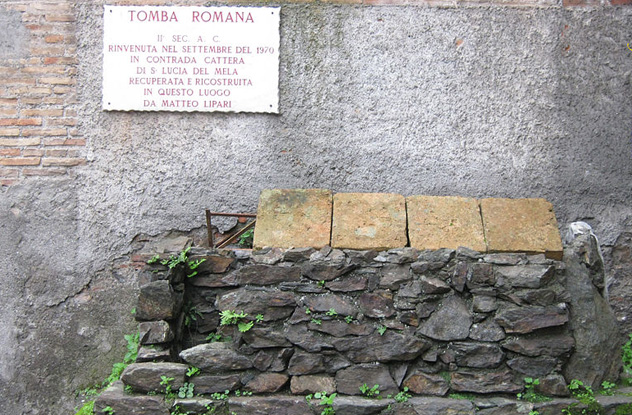 In Italy, 17 is seen as an unlucky number. It symbolizes death because it is written as “XVII” in Roman numerals, and “XVII” can be rearranged to form “VIXI,” which means “I lived.” “VIXI” is often written on Roman tombs. It might also be seen as unlucky because of the biblical great flood, which began on February 17 (one of the few events explicitly dated in the Bible). In la smorfia, a numerical system used to interpret dreams, 17 means misfortune. 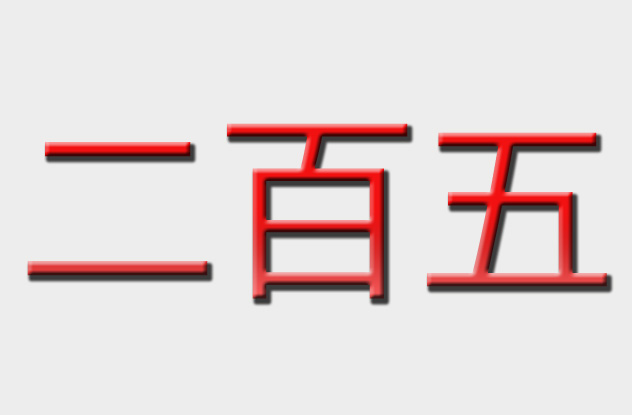 In China, the number 250 is considered an insult. In Mandarin, it’s pronounced “er bai wu,” which means “imbecile.” Alternatively, it could be pronounced “liang bai wu” or “er bai wu shi,” which have no negative meanings.

The use of the number as an insult could have originated from ancient Chinese. Back then, when copper coins were still in use, 1,000 coins used to be the standard measurement. Half of that (500) referred to something or someone inferior, and half of 500 (250) referred someone or something severely inferior.

In China, the number is so avoided that Gulfstream Aerospace changed the name of the Gulfstream G250 (a midsize business jet) to the G280. Its senior vice president said the new number was more “accommodating” in some cultures. 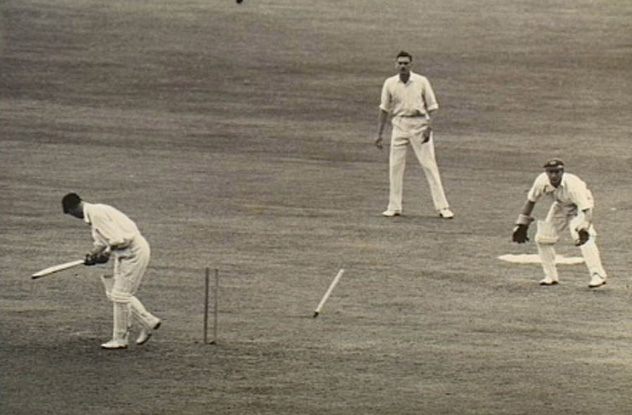 In Australian cricket, 87 is called the “cricket devil’s number.” It is believed that batsmen are especially likely to strike out after getting that many runs. It is also an unlucky 13 short of 100, the number every batman wants.

The superstition dates back to December 1929, when 10-year-old Keith Miller watched a game featuring Australia’s Don Bradman. Bradman was likely the best batsman of all time, but in this game, he scored 87 runs before striking out to Harry “Bull” Alexander. When Miller grew up and played cricket for the Australian team, teammate Ian Johnson was once dismissed on 87. Miller remembered the earlier incident about Don Bradman, and his hatred for the number 87 began. From then onward, Ian Johnson and Keith Miller would poke at each other whenever a batsman was on 87.

That may seem like a pointless coincidence on which to base a superstition, but the truth is even sillier. Years later, Miller revisited details about the December 1929 match and found out that Don Bradman was actually sent off on the 89th bowl, not the 87th.

Aside from Australian cricket, number 111 is seen as an unlucky number for the game in general. It is called a Nelson, after England’s famous naval admiral Horatio Nelson. It’s believed to represent three of Nelson’s missing body parts—his missing eye, arm, and leg. In reality, Nelson had two perfectly fine legs, so this story doesn’t make much sense. Some instead say the number represents Nelson’s three great naval victories in Copenhagen, the Nile, and Trafalgar, while others believe 111 is simply considered unlucky because it resembles an empty wicket.

A superstition says that if a team has scored 111 runs, all players but the batsman should raise one leg above the ground. Otherwise, they’ll lose the next ball. The myth was started by umpire David Shepherd, who also sometimes hopped or jumped.

South Africa and Australia played a match on November 11, 2011. At exactly 11:11 AM, South Africa needed 111 runs to win. Fans were told to raise one leg off the ground for a full minute. This must have worked: South Africa won the match. 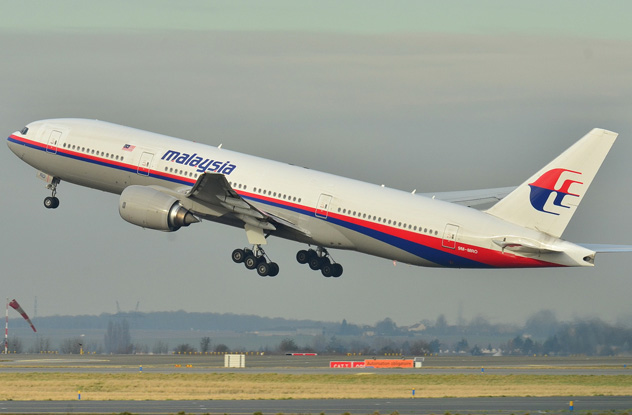 Many cultures consider 7 a lucky lumber, but in China, it means abandon, anger, or death. The seventh month of the Chinese calendar is called “The Ghost Month,” and it’s believed that ghosts are released then. Some, however, see it as a neutral month because their Valentine’s Day falls on July 7 (7/7). 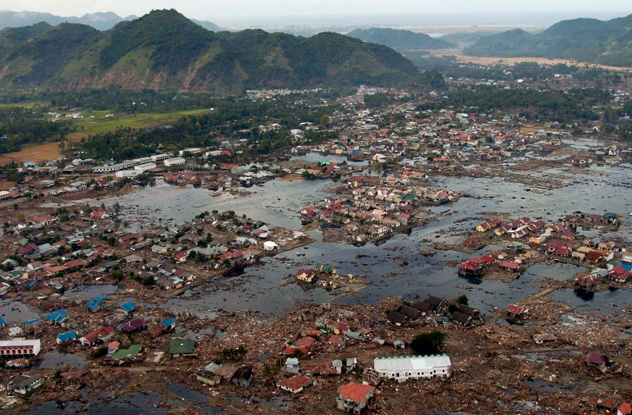 The number 26 is seen as unlucky in India. The 2001 Gujarat earthquake, which killed 20,000, occurred on January 26. The 2004 Indian Ocean tsunami, which killed some 230,000 worldwide, occurred on December 26. Several bombs went off in India’s northeastern city of Guwahati on May 26, 2007. The 2008 Ahmedabad bomb blasts happened on July 26. That was followed by the Mumbai terrorist attacks of November 26th.

In numerology, the sum of 2 and 6 is 8, which is believed to cause destruction, hardship, and bad luck. Numerologists advise that marriages and other favorable ceremonies should not be conducted on the eighth day of any month. Supposedly, 8 can also bring success, provided the bearer struggles and works hard. 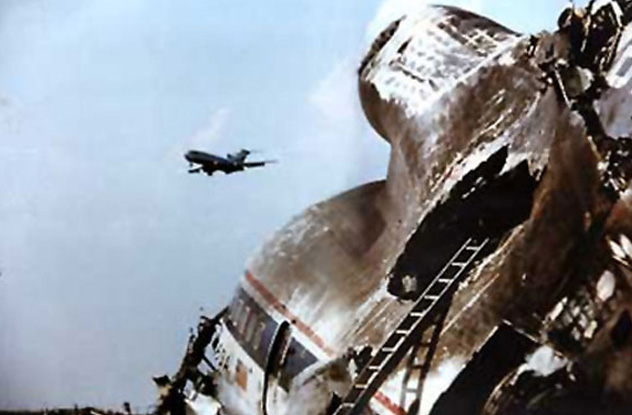 While all imagined connections between numbers and disasters are erroneous, they can still be pretty spooky. Since the 1960s, five separate aircraft designated with the flight number 191 have crashed.

The deadliest air crash in the United States involved American Airlines Flight 191, which crashed at Chicago O’Hare Airport, killing 273 people in 1979. In 1967, the experimental X-15 Flight 191 crashed and killed the pilot. No other X-15s have crashed.

Flights numbered 191 are no longer in use by Delta and American Airlines.

Elizabeth is an aspiring writer and blogger who enjoys reading your comments. You can send her email at [email protected].