Much of Australia’s history before the arrival of Europeans is unknown because of the lack of written records that allow us to understand early cultures from other areas like Africa and Asia. However, this hasn’t stopped researchers from uncovering the secrets of Australia’s distant past. 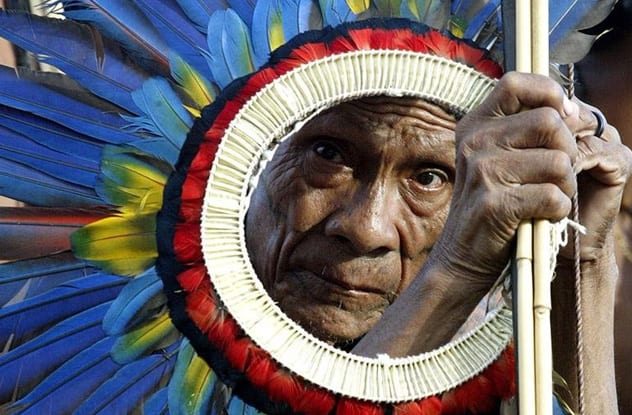 The Aboriginal tribes of Australia are some of the oldest cultures in the world, but it has been something a mystery as to how they got to Australia in the first place. In 2014, researchers ran tests on the genomes of various South and Central American tribes and found that a few Amazonian tribes were more closely related to the Aboriginals in Australia than any of the Eurasian cultures other tribes descended from.

Due to the distance between the Amazon and Australia, this seems almost impossible, but the situation can be explained by humanity’s greatest migration when different cultures crossed the land bridge that once spanned the Bering Strait. It seems that a single group split, with one portion heading to South America and the other to Australia. As the continents continued to shift, the two tribes were divided by an ocean. 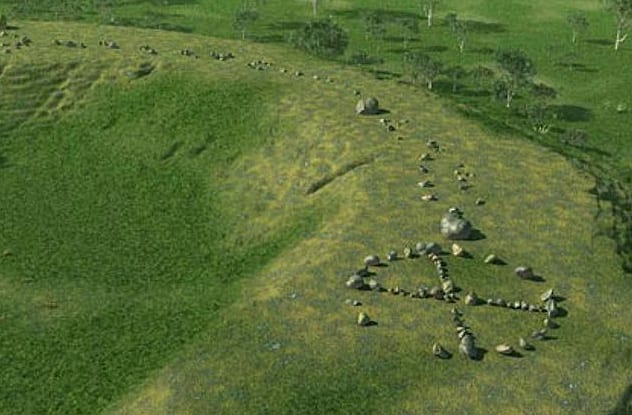 Stonehenge in England remains a celebrated prehistoric site, but several similar sites have been found around the world, with one being near Mullumbimb in the northern area of New South Wales. The site was originally discovered in 1939. It was damaged quite badly during the 1940s; because of this, the location of the site has been a secret to prevent further damage.

Dating back to the Paleolithic era, it is one of the oldest standing stone structures in the world. The 181 sandstones stones could not have occurred naturally, and the nearest sandstone quarry is nearly 20 kilomers (12 mi) away. Inscriptions on the stones could also prove to be one of the oldest human languages ever discovered, and lost letters recently rediscovered show that that the original discoverer translated around 28,000 of the language’s words.

8Ancient Trade Between Australia And China 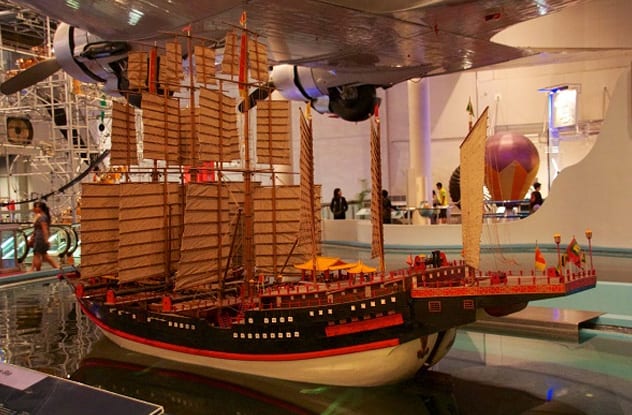 Before Europeans explored and settled Australia in the 17th century, many thought the aboriginals were isolated from other cultures, but various discoveries change that view. In 2014, an archaeology group known as Past Masters uncovered a surprising find at a remote island in Australia’s Northern Territories: an 18th-century Chinese coin from the Qing Dynasty. While this was most likely from trade between the Chinese and nearby Indonesians in the 1940s, a thousand-year-old coin minted in East Africa shows just how extensive trade was in the Indian Ocean.

Chinese merchants likely traded with the Northern Australians for their sea cucumbers, which were considered a delicacy. Further proof of Chinese contact with the Aboriginals comes from oral histories that speak of Chinese visitors and an Aborigine practice of using Chinese coins while fishing. 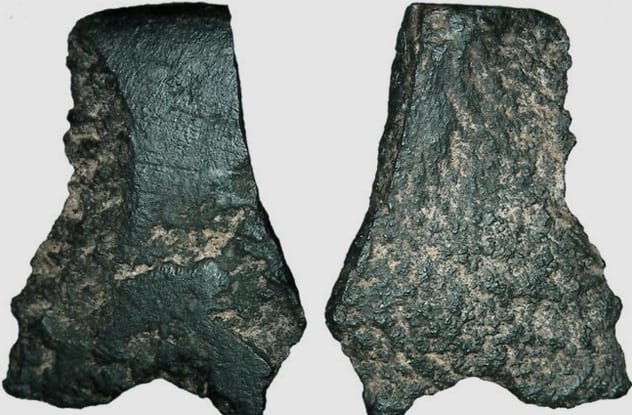 In the 1990s, a small rock fragment about the size of a thumbnail was discovered in Western Australia. It was quickly forgotten but was re-examined and was discovered to be a fragment from an ancient axe 46,000–49,000 years old. This would make the axe fragment the oldest axe ever discovered and shows that the Aboriginals were on the cutting-edge of prehistoric technology. Though just a piece of a larger tool, there is enough to give a good idea of what the axe may have looked like. 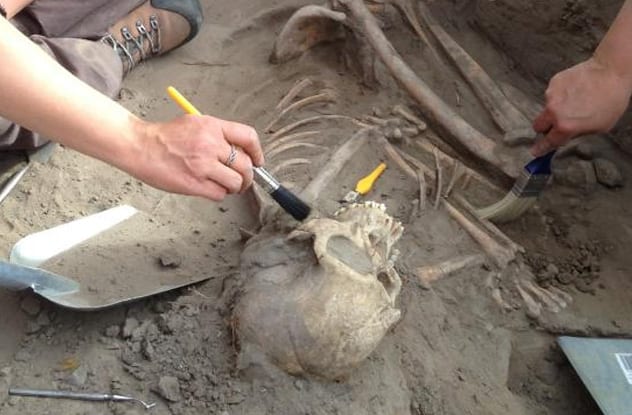 Fighting was a major part of Kaakutja’s life: He had two other head injuries that had partially healed. The wound that killed him was a 15-centimeter (6 in) gash across his head that resulted from being hit by the sharp edge of a wooden boomerang. Boomerangs were long used by Aborigine tribes. As for its effectiveness, Kaakutja serves as a chilling example.

There is very little knowledge of Aborigine conflicts in the past, but Kaakutja at least sheds some light as to certain tribes’ vicious, lethal tactics.

5The Aboriginals And The Rising Seas 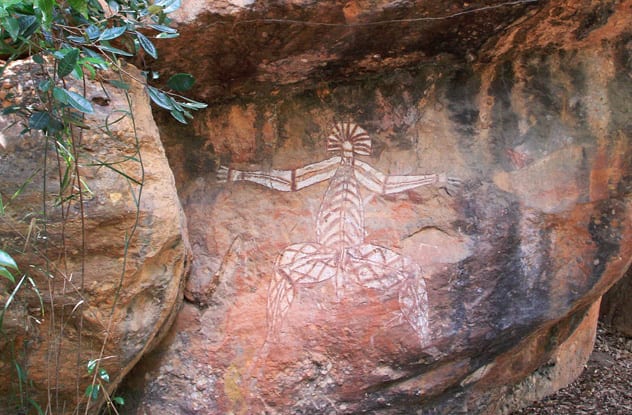 Between 18,000 and 7,000 years ago, sea levels rose nearly 120 meters (400 ft). The only culture that documented this was the Aboriginals of Australia, who faithfully kept up an oral tradition for over 300 generations about the rising seas. This is a remarkable feat for a culture who had no written histories, since oral traditions rarely remain relevant after 800 years.

The Aboriginals used a unique cross-generational cross-checking process that allowed stories to be kept accurately over multiple generations. There are some 21 indigenous stories about the rising water levels that range from one tribe describing the loss of their hunting grounds to allegories about angering an ancestral being who subsequently swallowed their lands. 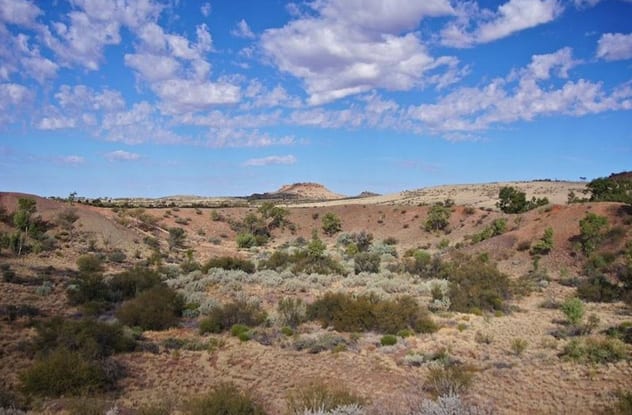 As further evidence of remarkable Aborigine oral traditions, legends concerning catastrophic events have proven effective in allowing modern-day researchers to discover disasters throughout Australia. One example is the Henbury meteorite field. It wasn’t found until 1899 and wasn’t recognized as impact sites until 1931, but the Aboriginals near the site maintained legends warning others about the “fire devil“ who struck there over 4,700 years ago.

Throughout the 20th century, Aborigines would tell their local legends of fire devils to visitors, and because of the living memory of the meteorites at Henbury, increased attention is now being paid to the local myths when trying to document the past.

Another example is the Gunditjmara people in Victoria, who have passed down a legend of a massive flood in the area. When the area was tested in 2015 for an ancient tsunami, sediments in the soil indicated that one occurred thousands of years ago just as described by the legend. 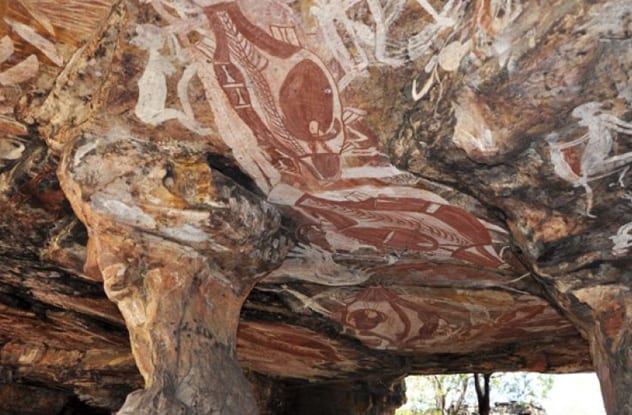 The Aboriginals have a long tradition of art, with sites dating back thousands of years. In the Northern Territory, ancient Aborigine art was discovered in a rock shelter known as Nawarla Gabarnmang in 2011. The artwork is over 28,000 years old, making it the oldest known cave art in Australia and some of the oldest in the world. However, another site containing ancient rock art located in the Kimberley in Western Australia could prove to be thousands of years older still.

The oldest proven art in the Kimberley region dates back 17,500 years ago, but this number is disputed as newer scientific methods have been discovered to date the art. Starting in February 2016 and using newer uranium-series dating, researchers hope to find the true age of the Kimberley art, which could be almost 50,000 years, making the Aboriginal art some of the oldest continuous records in history. 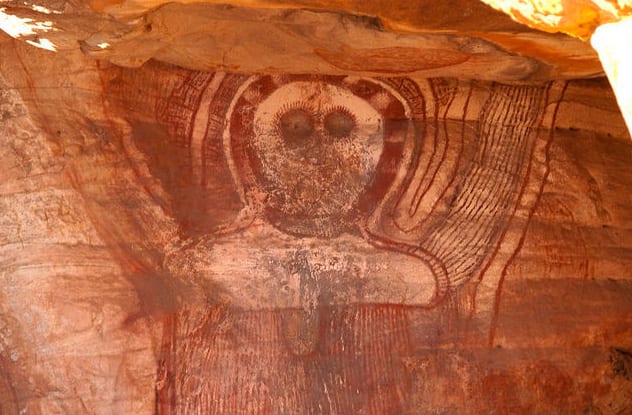 While work is being done on the true age of the Kimberley cave art, other, more recent Aboriginal art from the region serves as evidence for a disastrous event that completely changed the landscape of Western Australia.

Sometime around 17,000 years ago, the Gwion people appeared but disappeared a few thousand years later and were replaced by the Wandjina. To find what happened to the Gwion, researchers looked into the pollen record of the area and found that 6,300 years ago, pollen dramatically changed, showing that the area went from a lush landscape to the scrubby, arid conditions present today.

In addition, sediments show a large increase in dust, indicating that a mega-drought occurred around the same time the Gwion disappeared. This mega-drought severely impacted the local tribes of the region, causing them to alter their behaviors; however, they didn’t leave the area, as stone tools show that it was continuously occupied. 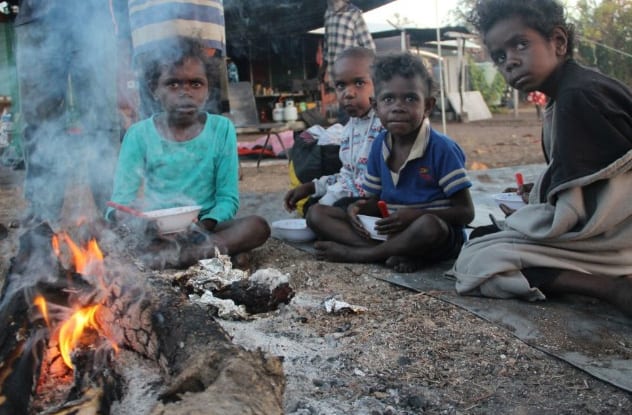 The Aboriginals have long been overlooked by historians when it comes to the distant past, but a DNA study shows that the Aborigines of Australia make up the world’s oldest civilization. Ancestors can be traced back over 75,000 years.