While Europe battled and traded, China appeared to be a civilization that had grown completely independently of the West. However, the truth is that China has been in contact with the West since the Roman Empire. As far back as the time of Julius Caesar, the empires of China and Rome influenced each other in more ways than you’d expect.

10 A Roman Legion Fought In China 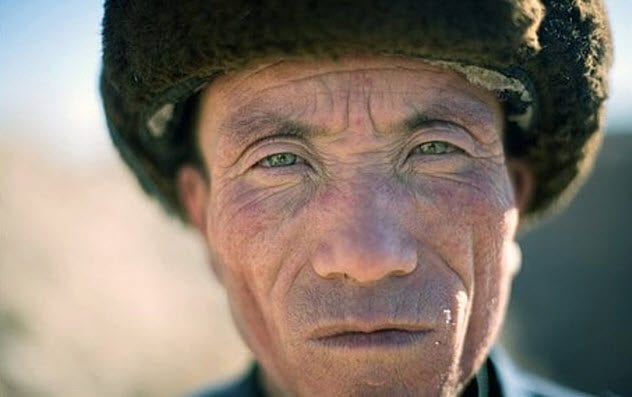 In 53 BC, Marcus Crassus led a Roman army against the Parthian Empire in modern Iran. He had intended to spread the Roman Empire to the east, but the Parthians proved stronger than he imagined. The Romans were defeated, Crassus was beheaded, and his soldiers were executed.

One legion, though, may have escaped alive—by running east instead of west. According to one theory, a Roman legion may have joined the Hun army as mercenaries and gone to war against the Chinese. Chinese writing describes foreign mercenaries using a “fish-scale formation” that perfectly fits the description of the Roman tortoise formation.

The legion was captured by the Chinese and sent to a town called Liqian to defend against Tibet. There, they may have settled down, started families, and lived out their lives. Today, the people of Liqian have blue eyes, fair hair, and Roman noses. DNA tests show that they are 56 percent Caucasian. 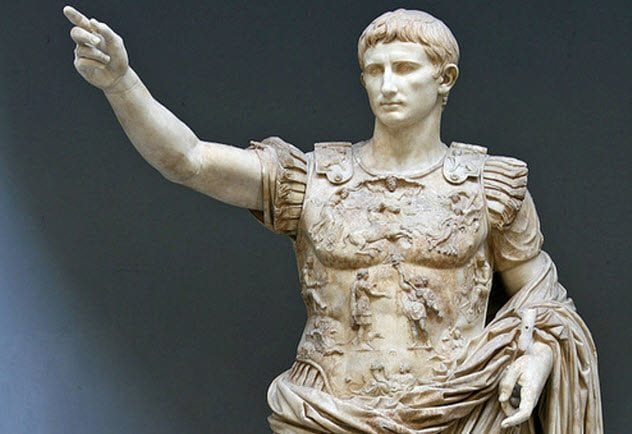 The Chinese started exploring the West in 200 BC and found their way to Rome during the reign of the first Roman emperor, Augustus, about 20 years before the birth of Christ.

Florus, a Roman historian, wrote about a group of Chinese envoys that came to Rome shortly after Augustus took his place on the throne. Florus believed that they had simply been drawn to the magnanimity of Rome, but Chinese history suggests that they were just trying to see who was in the West.

The Chinese were immensely different from the Romans and shocked the people who saw them. “In truth,” Florus wrote, “it needed but to look at their complexion to see that they were people of another world than ours.” 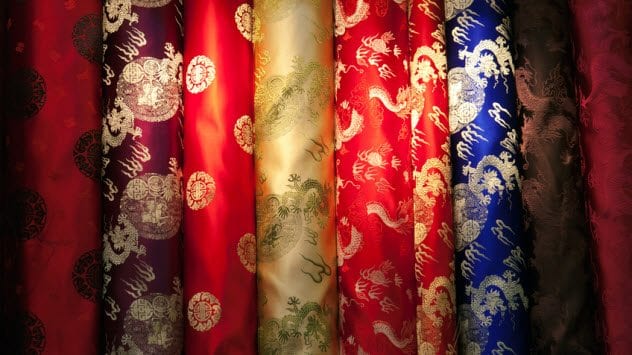 After the Chinese envoys reached Rome, the Romans started buying Chinese silk in massive quantities. According to Pliny the Elder, the empire spent hundreds of millions of sesterces each year on Chinese silk.

The senate soon tried to ban it because the silk was expensive and Roman women were walking around in see-through clothes. In Pliny’s words, Chinese silk dresses “cover a woman and at the same moment reveal her naked charms.”

Some people were upset. Others saw the women walking around in transparent dresses and felt nothing but gratitude to the Chinese. Every attempt to ban Chinese silk failed, and the women of Rome went on scandalizing high society.

7 A Chinese Worker Was Found In A Roman Gravesite 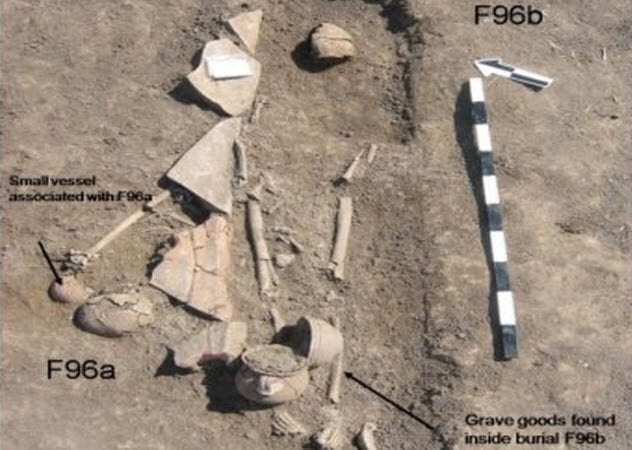 At a Roman imperial estate called Vagnari, a skeleton was found buried in a cemetery for slaves of the emperor. When researchers ran tests on the skeleton, they estimated that the man was buried around the first or second century AD. They also found that he was East Asian, probably Chinese.

It’s not entirely clear how a Chinese man made his way to Rome and ended up in servitude to the emperor, but he did. He didn’t get much of a welcome for his trouble. After his death, other slaves were buried on top of him.

He was buried with a single pot. Interestingly, though, the pot was Roman-made. The slave didn’t have a single Chinese possession on him and seems to have assimilated into the life of a Roman slave in every way.

6 The Parthian Empire Blocked Rome From Trading With China 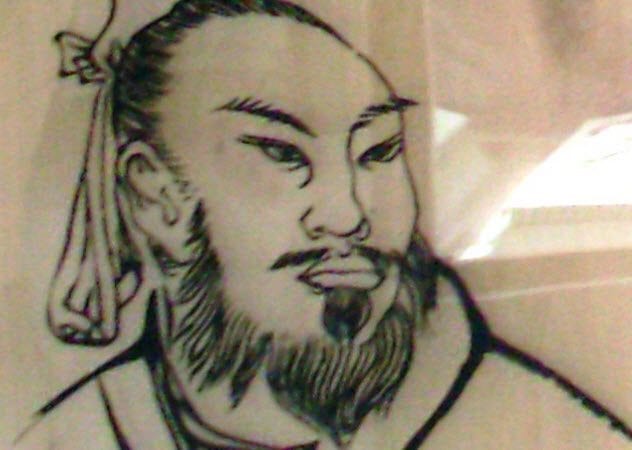 The Romans could make a sea silk that they harvested from clams, and they tried to sell it to China. But when the two countries shared materials, they barely understood each other. The Romans thought that Chinese silk was combed off of leaves. When the Chinese found out that Romans got silk from clams, the Chinese thought that the Romans were lying.

The Romans tried to send envoys to the Han nation, but the Parthian Empire blocked every trade route. They had a monopoly in colored silk, and they weren’t about to let any Roman trade interfere with it.

A Chinese envoy named Gan Ying tried to reach Rome, but he was blocked by the Parthians as well. At the Black Sea, Parthian merchants convinced him that the short trip would take more than two years. Gan Ying turned back home, his diplomatic mission was stopped, and the Parthians kept their monopoly. 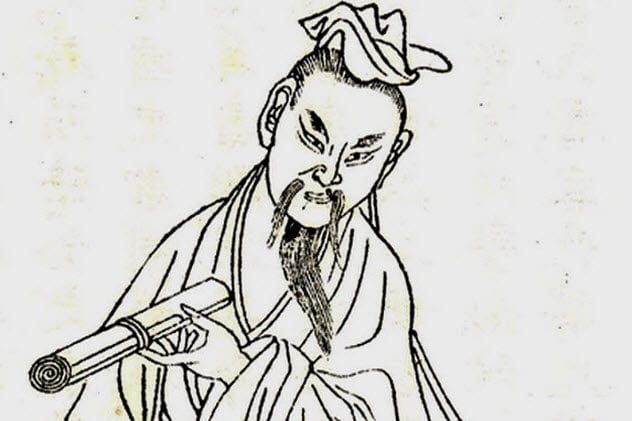 Gan Ying didn’t come home empty-handed. He had picked up stories about Rome on the way and shared them with the Chinese. These stories were later written down by a historian named Ban Gu.

Ban Gu wrote a detailed description of Rome—its cities, the life of its peasants, and its government. He said, “Their kings are not permanent. They select and appoint the most worthy man. If there are unexpected calamities in the kingdom, such as frequent extraordinary winds or rains, he is unceremoniously rejected and replaced.”

Roman roads, he claimed, were full of “ferocious tigers and lions” and anyone traveling with less than 100 armed men would be devoured. He also claimed that Rome had a floating bridge 100 kilometers (62 mi) long.

By the end, Ban Gu had given up on all the ridiculous stories he’d heard and didn’t record the rest. 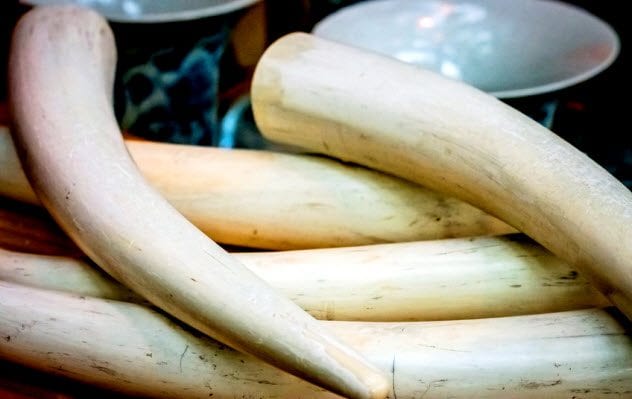 Rome and China finally made contact in AD 166. An emperor, believed to be Marcus Aurelius, sent an envoy to the East carrying a bounty of elephant tusks, rhinoceros horns, and turtle shells. To the Romans, these were exotic gifts, and Marcus Aurelius must have been determined to win over the Chinese.

The Chinese weren’t impressed. “The tribute brought was neither precious nor rare,” they wrote. Then they speculated that the amazing stories they’d heard about Rome “might be exaggerated.”

China was now well-known to the Romans—so much so that China made its way onto Ptolemy’s map of the world.

3 The Yin And Yang Symbol Came From Rome 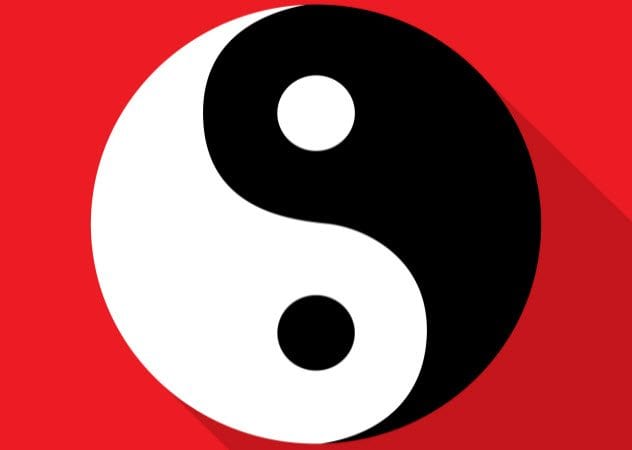 The Taoist yin and yang symbol is one of the most iconic images connected to China. According to one theory, though, it might be Roman.

Seven hundred years before the first Taoist yin yang appeared, the same symbol showed up in a Roman book called the Notitia Dignitatum. The book lists Roman functionaries, including their titles and the insignia that mark their branches. One of those insignia is identical to the Taoist yin yang.

Although the book was written at the start of the fifth century AD, it may have been an attempt to keep alive the traditional symbols from the time of Augustus. This means that the yin yang might have been a part of Rome from the dawn of the Roman Empire.

It’s also possible that the Taoists picked the same symbol by chance. Still, we know that Rome and China were sharing ideas. Other than the colors, these symbols are identical.

2 Roman Coins Were Found Under A Japanese Castle 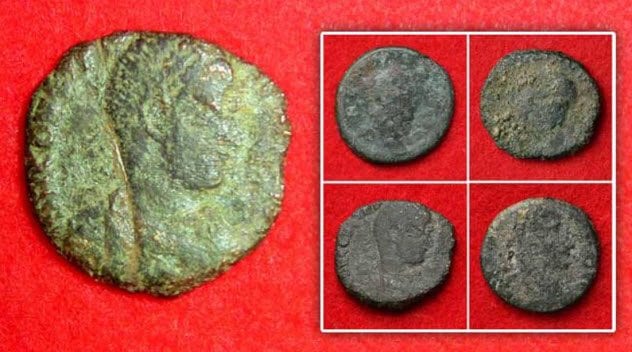 The Romans may have made it even farther than China. Underneath a castle on Okinawa Island, archaeologists found four copper coins bearing the image of Emperor Constantine I. They were printed in AD 400.

There is no record of the Romans traveling to or making contact with Okinawa, so historians are at a loss to explain how the coins got there. The castle, though, was a major trading post for China. It’s possible that the coins were carried there by other Asian traders who knew about the Roman Empire.

Either way, Roman culture traveled all the way to Japan.

1 China Had A Thriving Christian Community 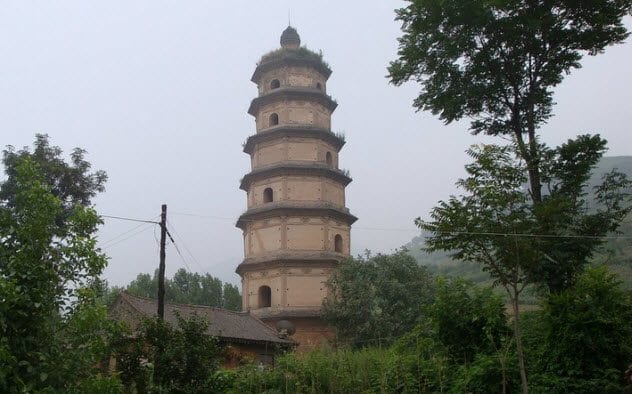 In the sixth century, a Christian sect called the Nestorian Church made its way to China. The first to cross into China were two monks sent by the emperor to steal silkworms so that he could set up a silk market of his own.

A missionary named Alopen came with more noble intentions in AD 635. Alopen successfully spread Christianity throughout China. Over the next 150 years, Chinese Christians set up a church in the capital, Chang’an, established Christian communities across northern China, and earned official recognition for the religion from the Tang Empire.

They also translated Christian documents, which were written in both Syriac and Chinese. Their spread had a huge impact on Chinese history. The Syriac script on them formed the basis for the written Mongolian and Manchu languages.

Later, Manchu became the official language of the empire, meaning that every imperial edict in China was written in a language imported from Christian missionaries.