They should have seen it coming.

Whether you take stock in psychics, there is no doubt they stir powerful emotions. Fortune-tellers work in a shadowy realm where superstition, hope, fear, and money meld – and the results can be explosive. As a result, diviners have fallen victim to particularly savage slayings. Beheadings, execution-style shootings, stabbings, fire-bombing, matricide, and even more brutal ends have greeted these mavens of the mystic arts.

See Also: 10 Creepy Premonitions About The Sinking Of The Titanic 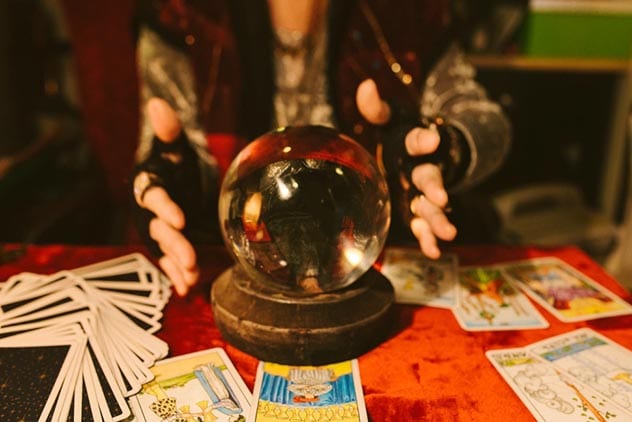 On November 17, 1994, the decapitated remains of a prominent Baltimore fortuneteller were discovered in her living room. Deborah Stevens was matriarch of a Gypsy family with roots in Baltimore going back a century. The 62-year-old psychic was a respected member of what was once the most powerful Gypsy clan in the nation. She was related to King Dick Stevens, who is credited with leading upwards of 10,000 Gypsies nationwide.

The day Stevens’ corpse was found, police charged an East Baltimore man with the murder. Investigators believed Douglas Thomas Clark, 28, had received Stevens’ services in the past. Witnesses spotted Clark arguing with Stevens on the day of the murder. Later the same day, Clark attempted suicide by jumping in front of a train. Officers chased Clark from the tracks. He dove under a moving police cruiser twice before he was apprehended. Investigators believe the motive was robbery.

9 Prophet of the Third Reich 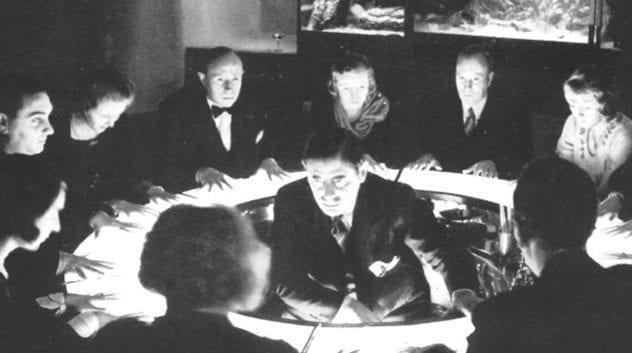 On April 7, 1933, on a lonesome stretch of road south of Berlin, workmen made a grisly discovery: a maggot-ridden corpse of a man shot execution-style with two bullets to the back of the head. Authorities identified the victim as Erik Jan Hanussen, a famous mentalist who had disappeared two weeks previously. Born to itinerant Jewish parents in 1889, Hanussen forged a new identity as a clairvoyant Danish nobleman. By the 1920s, he was a world-famous psychic, astrologer, and publisher.

Hanussen endeared himself to Nazi elite by bankrolling their gambling. Between 1932 and 1933, Hanussen met Hitler many times. He examined the bumps on Hitler’s head and read his palms. Ultimately, Nazi leaders discovered he was Jewish. His subsequent prediction of the Reichstag fire a day before the event sealed his fate. The prediction suggested someone leaked plans and he could not be trusted. A month later he was dead. 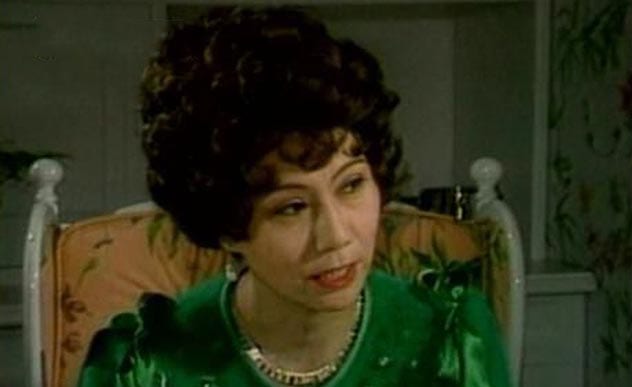 In 1995, Raita Fuksaku was convicted of murdering a famous Japanese fortune-teller in Hawaii. After a failed attempt to extort $200,000, Fuksaku brutally murdered Kototome Fujita and her son Goro. Renowned for her prognostication abilities, Kototome Fujita worked with Japanese prime ministers, business tycoons, and organized crime bosses. Fuksaku and his defense team always insisted that he was innocent of the murder, but coerced into covering it up by members of the Yakuza.

Fujita was shot in her apartment, which was then set ablaze. Firefighters had to remove her charred corpse from the burning unit. Goro was found dead of a gunshot inside his car, which was also set on fire. Whether he was the shooter or just an accomplice in a Yakuza schme is irrelevant in the eyes of the law. Fuksaku was the first Japanese national to be extradited to the United States to stand trial for murder. 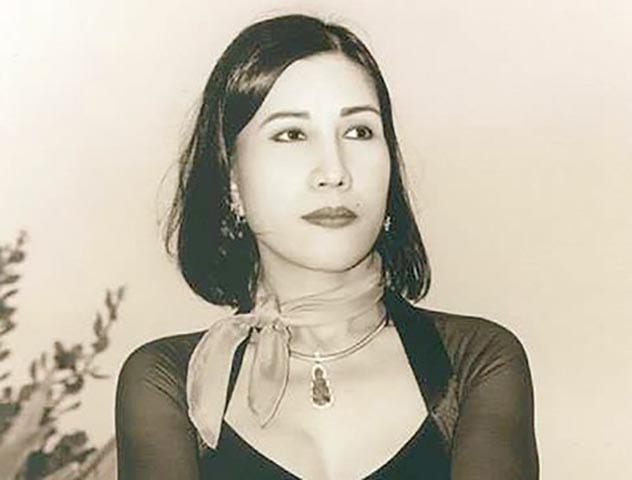 In April 2013, an Orange County judge sentenced Tanya Nelson to death for killing a fortuneteller and the diviner’s daughter. Nelson, 45, drove from North Caroline to southern California to murder Ha “Jade” Smith, a popular prognosticator in the Vietnamese-American community. Nelson hired “Miss Ha” to help her reconnect with an ex. When the victim told Nelson to let him go, she drove cross-country to confront Miss Ha. In 2005, authorities discovered Smith, 52, and her daughter Anita Vo, 23, dead from stabs to the faces and hands.

Phillipe Zamorra, 55, was the key witness against Nelson. He pled guilty to two counts of 1st degree murder and sentenced to 25 years. Nelson lured her accomplice with promises of gay sex partners. Nelson was convicted of robbery for stealing Smith’s jewelry and credit card fraud. Nelson returned to California and was promptly arrested with Smith’s stolen ID and credit cards. 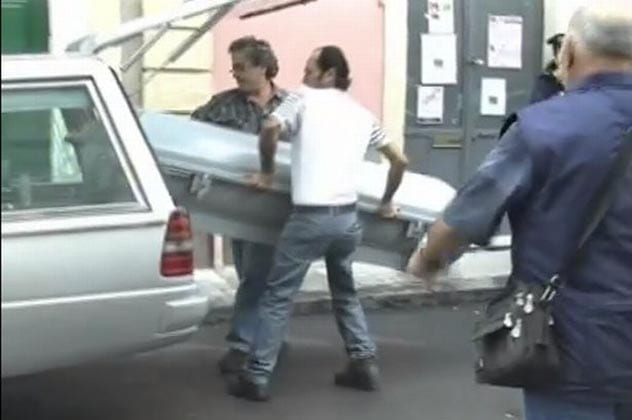 On November 5 2013, police discovered the remains of Sicilian psychic in a pool of blood in her home. A mother of three, Angela Zappalla, 59, worked as a healer and fortune-teller to raise extra money. Investigators discovered tarot cards at her Fiumefreddo residence. Neighbors noted they overhead many arguments between Zappalla and her son, Peter Battiato. Investigators believe the flow of customers coming and going caused Battiato to snap.

Investigators allege Battiato murdered his mother with a knife in her own bed. After slitting her throat and stabbing her in the heart, Battiato called police and alerted them, “Come. I have killed my mother”. Police discovered him smoking a cigarette on the kitchen floor, still clutching the murder weapon. Before the officers could restrain him, Battiato stabbed himself multiple times in the stomach. Before dying at a Taormina hospital, Battiato revealed, “I could not take any more”. 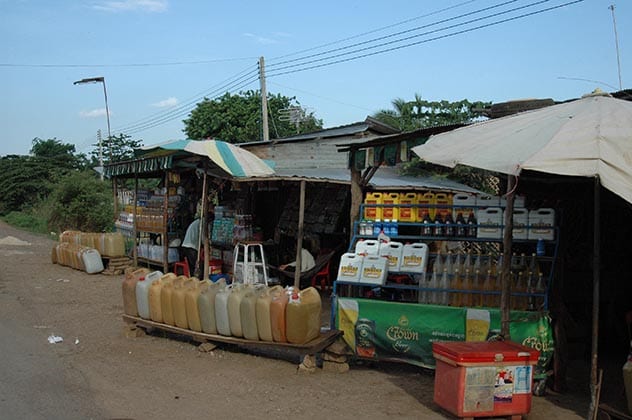 In January, the corpse of a fortune-teller turned up at a hotel in Cambodia’s Banteay Meanchey province. Bun Sovet, 34, was a widow who sold gas and divined the future with cars to support her son. She had been strangled and a pillow placed over her nose According to the provincial chief of police, “it was premeditated murder to steal her bangles”. They believe her boyfriend made off with her motorcycle, jewelry, and cash.

Se Sakhan, 41, and Sovet carried on an affair for over a year. However, he owed people money. Investigators believe he killed Sovet to rob her and pay his debts. Police admitted, “he has three or four wives and we searched vigorously at two different places, but we could not find him”. Unable to locate their target, police arrested Seuy Nan, 45, Sakhan’s wife as an accomplice. The victim’s property was found in her possession. 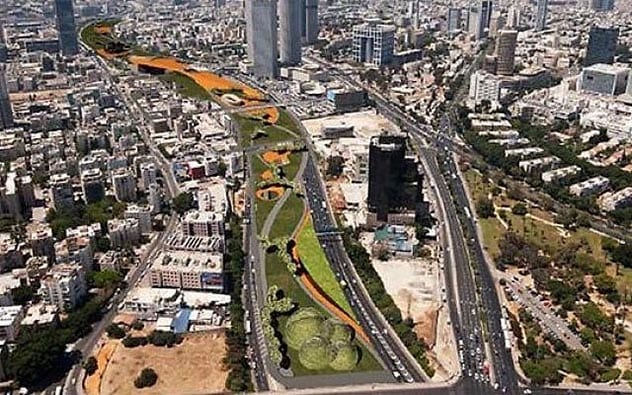 In May 2004, Israeli police discovered psychic Natalya Binyashvili stabbed to death on the floor of her kitchen. Authorities arrested the 63-year-old fortuneteller’s second cousin, Mikhail Nesimov, and charged him with the murder. Ayalon District Commander Aharon Aksol revealed that DNA evidence from the scene “unambiguously” tied Nesimov, 42, to the murder. Binyashvili’s sister alerted authorities when Natalya, who lived alone, failed to show to a family function.

Police found blood-stains left by the murderer in search of valuables. Nesimov routinely harassed Binyashvili for money and had escalated to threats. When police arrested the suspect, his face was covered with scratches. Nesimov has a long criminal history and is a known drug user. Investigators believe he visited Binyashvili for money. When she refused, he attacked. Curiously, police discovered a memorial candle burning when they arrived at the murder scene. Perhaps the fortune-teller foretold her own demise. 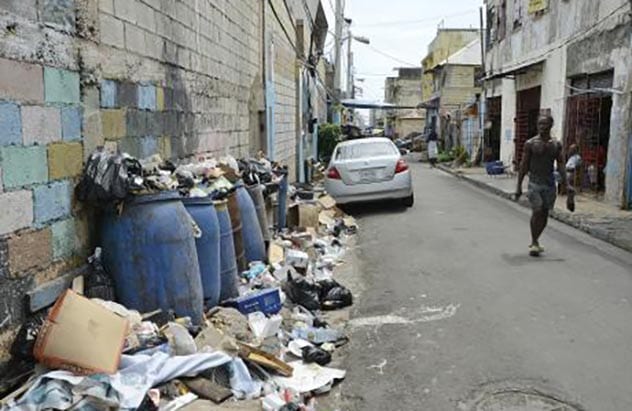 In 2002, the remains of a prominent Jamaican psychic were found in a garbage-strewn gully. Safa Asantura, 28, died from stab wounds to the forehead and left armpit. Asantura wrote a column for “The Jamaica Gleaner” and hosted a show on TVJ. His body was covered with bruises and an electrical cord was wrapped around his waist.

Christopher Dixon soon became the prime suspect. According to investigators, Dixon and another man had been seen with Asantura earlier the day of the murder. Around 11:30pm that night Dixon and the other man were seen in Asantura’s Honda – but the psychic was not with them. At 3:00pm the following day, his brutalized corpse was discovered. In 2003, Dixon was convicted of murdering Safa Asantura and sentenced to life. The Court of Appeals granted Dixon a new trial. In 2013, after 11 years behind bars, Christopher Dixon was cleared of charges and released. 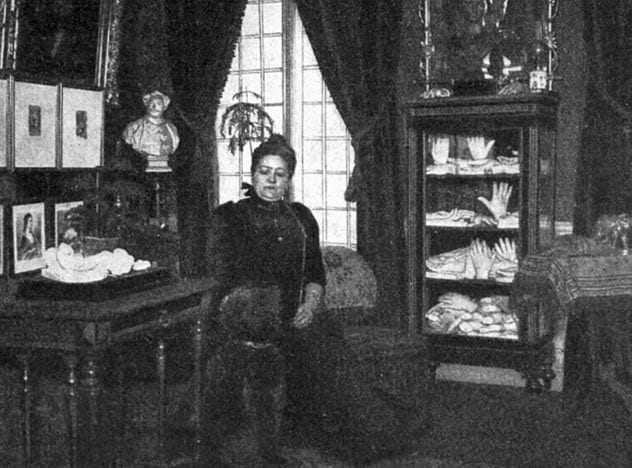 According to local lore, the Gestapo murdered a prominent Prague prognosticator for predicting the Third Reich’s fall. Little is known of the mysterious Madame de Thebes. She was born Matylda Prusova and lost a son in World War I. Correspondence reveals that Madame de Thebes consulted for clients both local and abroad. She divined the future by crystal gazing and tarot card readings. Most believe the Gestapo arrested her and she died during an interrogation.

Madame de Thebes lived at 14 Golden Lane since 1918. Today, visitors can peer through a glass partition onto her tarot cards, skull, and occult library. Dating to the 16th century, Golden Lane passes through the Prague castle complex. Most of the narrow cobblestone way’s houses have been turned into exhibitions.

In the early 1900s, another psychic worked under the name “Madame de Thebes” and was considered the most powerful of Paris’ necromancers.

On September 3, 2007, a Sunset Boulevard fortune-teller was burned to death in a firebombing. Neighbors discovered Rose Marco, 57, writhing on the sidewalk with her clothes burned off, hair on fire, and skin peeling. Six days later, Marco died in the hospital. LAPD detectives believe the Molotov cocktail tossed through her Hollywood storefront was part of an ongoing Gypsy clan feud. The dispute began over a broken engagement and an outstanding $5000 debt to pay for the insult.

Frank Shano Siganoff emerged as the prime suspect. The 24-year-old had a long rap sheet and a history with Marco. In 2006, Siganoff was charged with burglary for breaking into a Marco relative’s home in Reseda. A fingerprint at the scene belonged to Signaoff. Marco violated Gypsy tradition by going outside the community and reporting the break-in to the LAPD. On April 30, 2008, he turned himself into police in Arizona.

For more lists like this, check out Top 10 Psychic Debunkings, and Top 10 Unbelievable Ways The CIA Experimented With Psychic Powers.

About The Author: Dubbed the “Indiana Jones of ethnomusicology” by TimeOut.com, Geordie McElroy has hunted songs for the Smithsonian, Sony Music Group, and private collectors. A leading authority on occult music, he is also singer of LA-based band Blackwater Jukebox.

10 Infamous Criminals After Their 15 Minutes Of Fame