Most of us, whether we believe in the accounts or not, are aware of claims of alien abductions. Strange and bizarre tales of strange entities taking people from their cars, lonely roads, and even their own beds in order to perform experiments in strange locations, usually assumed to be a spacecraft somewhere in outer space.

However, as strange as those accounts might be, one intriguing detail that surfaces in regression sessions more than we might think is of going “under the water”. What’s more, many apparent abductees also speak of being taken not to a spaceship in outer space, but to a secret facility somewhere deep beneath the waters of our very own planet.

An Alien Abducted My Family and I Can Prove It! | This Morning

Husband and wife Betty and Barney Hill claimed to have been abducted on a lonely road in New Hampshire in September 1961. And their claims were met with intrigue from some and outright ridicule from others. There were several investigations of the case, though. As well as a string of hypnotic regression sessions. Opinion remains divided as to the credibility of the account still today.

Under one of these regression sessions – and of interest to us here—Betty makes reference to the strange craft she and her husband had just boarded “entering the water”. She even asks herself out loud (while under hypnosis) if theses strange objects actually went underwater.

It is a detail that has largely been missed aside from some several eagle-eyed UFO researchers. If Betty, and her husband, were taken under the water after entering the strange otherworldly craft, then it changes, if only slightly, the nature of the encounter.[1]

7 Betty Andreasson Taken To A “Museum Of Time” Under The Water!

Aliens & UFOs: The Betty Andreasson Case, considered one of the best cases of UFO abduction

Betty Andreasson claimed she had not only been abducted on one occasion but on several. And what’s more, these encounters went back to when she was a young child. One of these early encounters took place in 1950 when Andreasson was taken from her home. She would soon, though, find herself placed on a wheel-like vehicle that seemed to fly of its own accord. The next thing she knew it entered the waters somewhere off the coast of the United States.

Even stranger, this underwater vehicle took her to a large aquatic base. One there, she was taken through what she would later describe as a “museum of life”. She would claim this held examples of human beings in strange glass containers from all different eras of history.

As we might imagine, this encounter as well as others made by Andreasson are treated with a pinch of salt by many. However, several notable UFO researchers have examined and investigated her claims, which remain some of the most debated in the UFO community.[2] 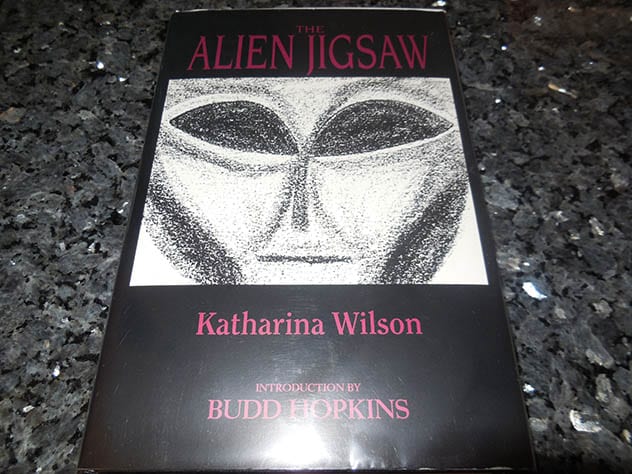 Perhaps one of the lesser-known claims of alien abduction is that of Katharina Wilson. She would speak in-depth of her experiences in the book Alien Jigsaw. When writing of one encounter, she makes claims such as heading “downward at a very steep angle” towards the water. The next thing she knew, there was “water all around us”.

She was, though, protected from it, and soon realized she was in a strange glass-like tunnel or tube. What’s more, this tunnel was heading downward deep under the sea.

Perhaps even stranger, she would further claim that on another very similar occasion when the strange object she was on board finally surfaced from the water, she was transferred to a military “navy vessel”. This would, if we assume the accounts to be authentic, suggest at least some partial involvement of the military in alien abduction cases.

What you might make of Wilson’s claims is, of course, up to you.[3] 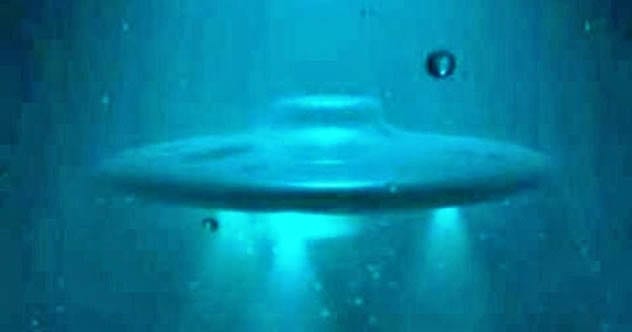 Although there is a discrepancy on the dates of the incident (with some sources stating 1956 while others quote 1965), the alien abduction encounter of Orlando Jorge Ferraudi is one of the most intriguing on record.

According to Ferraudi, he was approached by a 7-foot humanoid figure in a shiny “tight-fitting overall” while night-fishing on a beach in Argentina. He was then taken on board a disc-shaped craft and flown under the surface of the water. He would eventually be taken under the Gulf of Mexico and to a “giant underwater dome”. Ferraudi would further state that this underwater facility looked like a “giant igloo”. It was, his hosts informed him, a “base to recondition our ships”.

They would also inform him that genetic experiments had been taking place with humans in such facilities for thousands of years. What’s more, the Earth was seen as a “zoo-like planet” to other alien races throughout the universe. Even more bizarre, all life on Earth was, in some way, part of these genetic experiments, and all had their origins on other worlds.[4]

The alleged alien abduction of Linda Cortile is perhaps one of the more well-known of such cases, mainly as it was investigated by veteran UFO researcher, Budd Hopkins. However, it is one specific part of the abduction that is of interest to us here.

Unbeknown to Hopkins when he first took on the case of Linda Cortile – who claimed she was abducted from her high-rise New York apartment in November 1989 – was that several people had witnessed the incident from the ground below.

On the evening in question, two security guards—known as “Richard” and “Dan”—were driving near the Brooklyn Bridge. Their passenger was eventually revealed to be the security-general of the United Nations, Javier Perez de Cuellar. As they were driving, for no obvious reason, the car engine died. When they got out to investigate, they were shocked to see Cortile, along with three strange figures, floating through the air. What’s more, they were heading toward a disc-shaped object. Once inside, the craft made a sharp turn and crashed into the waters of the East River. In an instant it was out of sight below the surface.

Several months before the two security guards came forward with their information, Cortile (under hypnotic regression) had made some intriguing statements. She claimed to Hopkins that the UFO she was in had come to a sudden stop “under the water”. What’s more, she could see out through a window. She would recall seeing general garbage such as soft drinks bottles on the bed of the water. Was she recalling her journey to the depths of the East River?[5]

While driving with a friend and their family on the outskirts of Miami in 1979, Filiberto Cardenas was subject to one of the strangest abduction encounters on record. After exiting the vehicle to see why the car engine had suddenly stopped, Cardenas noticed a huge disc-like craft overhead. The next thing he knew, a beam of light had struck him and was lifting him toward the craft. His friend and those in the car witnessed the entire thing and reported him missing.

After a two-hour search Cardenas was eventually found, dazed and confused in the middle of a busy highway around 10 miles from his car. Following a medical test, he was allowed to return home. However, when he sought hypnotic regression several months later, he would recall what had happened following his capture by the strange beam.

After several strange experiments by bizarre humanoid creatures on board the disc-shaped craft, he was placed inside a smaller vehicle. This then appeared to launch and guide itself. It would head toward the water, breaking the surface and entering an underwater tunnel. Cardenas would eventually find himself in a “large hangar” somewhere under the sea.

What perhaps makes Cardenas’ account even more intriguing is that he was given several predictions of upcoming world events by his hosts, some of which would prove to be eerily accurate.[6] 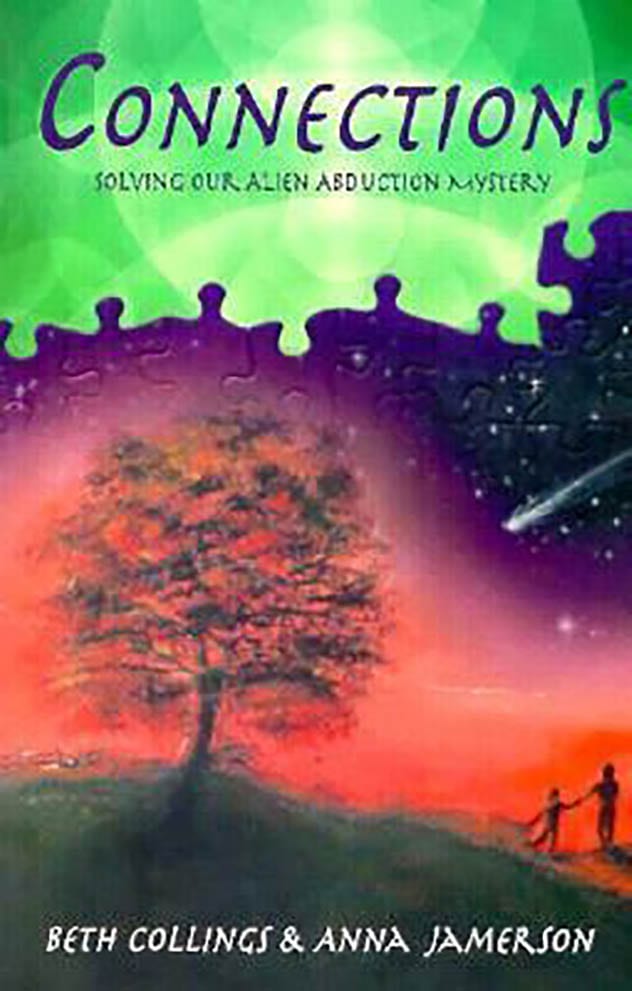 In her book Connections, Anna Jamerson would describe several apparent alien abduction encounters. And although they were not as direct as some on our list, the details she would offer are very suggestive of underwater activity.

For example, one encounter she writes of speaks of how she was in a strange craft when she noticed a “huge ocean liner coming at me, bow first”. The next thing she knew it appeared the ocean liner was above her. Or more to the point, she had been taken under the surface of the water below it.

Perhaps the most startling detail, though, is when she writes of being in such a craft before entering a “long tunnel with soft sides”. What’s more, there appeared to be green light at the end of it. Were the “soft sides” actually water around the tunnel, like the glass-like tunnels described by Katharina Wilson?

These revelations were made under hypnotic regression. However, at this crucial point, the therapist conducting the session directed her away from the green light. This means that Jamerson, like the rest of us, remains ignorant of what the encounter might have actually been, or where it took place.[7]

1 Was Fred Valentich’s Vanishing A Case Of Aquatic Alien Abduction?

The disappearance of Fred Valentich in 1978 could fill an entire volume in its own right. Perhaps not least as it remains unsolved over 40 years later. There remains debate still today as to just what happened to the young pilot from the southeast of Australia. It is, though, a case that UFO researchers have long claimed to be one of alien abduction. And one that possibly involved an underwater base somewhere under the waters of the Bass Strait.

It was while Valentich was flying over this mysterious stretch of water that he radioed the control tower. He would state there was an unknown object flying over the top of him, and it was obvious he was panicked. Several minutes after the first transmission, he claimed that whatever the object was “it was not an airplane”. Then, he simply vanished. The last sound the control tower heard was a chilling screeching of metal-on-metal.

A huge search of the region went ahead, but no sign of Valentich or his plane ever surfaced. Of even more interest, several witnesses in the region reported seeing a strange object around the same time as Valentich’s radio calls. One of the most intriguing was that of Roy Manifold, who would even capture a photo of the strange object. It was, though, the claims of his son, Jason, that were of most interest. He would state that after his father had returned inside, he remained where he was, listening to a plane somewhere in the distance. Then, “as if someone had turned it off” the plane went suddenly silent?

Was Valentich a victim of alien abduction? And if so, was he taken to one of the strange facilities that many researchers believe are deep under the surface of the Earth’s oceans?[8]

10 Mysterious Disappearances From The Wilds Of North America