It’s no secret that those who take others’ lives are seriously scrutinized by the masses. Their behaviors and beliefs are heavily delved into in a desperate attempt to answer the burning question: why? Often, there are no concrete reasons for their crimes, but the most definitive answers stem from the upbringing that they endured. In so many cases of murder, the offender was raised by a mother figure, for better or worse.

Some moms did everything they could to raise a healthy and happy child, and others seemed to make a sport out of tormenting their kids. Though nature versus nurture is a discussion for another time, it’s impossible to not crave more information about these women that raised individuals who committed the most heinous crime of them all: stealing fellow human being’s life. 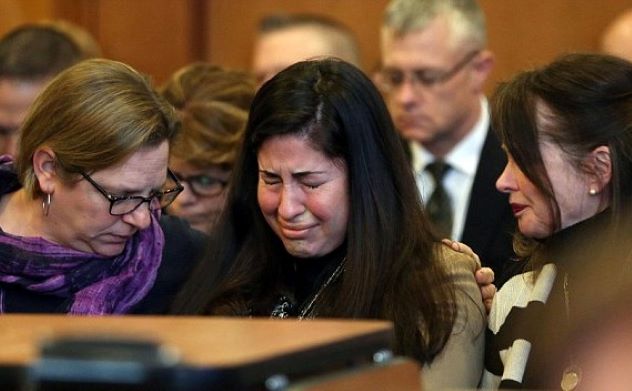 Diana Chism was incredibly wishy-washy when being questioned by police about her son Philip. She began by saying that he was a good kid but changed her tune and admitted that due to a family history of mental illness, she believed he was capable of snapping. He indeed snapped when he stabbed to death and raped his twenty-four-year-old high school math teacher. Diana also conceded that a mother sees signs of possible actions their children might take but fails to act.

During her interrogation, she said she could help police retrieve information from her son but backpedaled and insisted he be given legal counsel, as was his right. It seems that perhaps she could have intervened when she noticed Philip acting abnormally, but in hindsight, everything is clearer. She has made public apologies to the victim’s family and just wishes that people will pray for her son.[1]

If you know anything about serial killers, you’re familiar with Ted Bundy. His mother Louise, though, despite having spoken publicly in favor of her son’s innocence for years, isn’t a name as easily recognizable. During his incarceration, Ted spoke out about all kinds of childhood traumas, some still unproven. Other aspects came to light as truth, and it’s not a stretch to imagine his mind went a little haywire when he learned at a young age that his “sister” was actually his mother. Until his death-row confession—which was likely just an attempt at postponing his execution—she stood next to her son and was convinced of his innocence. I guess she felt pretty silly when he confessed to the crimes while awaiting his sentence being carried out.[2] 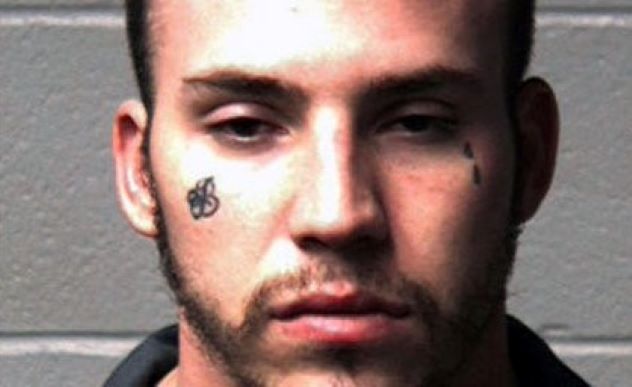 Not all mothers are as understanding or desperate to believe their children. In Lori Knoble’s case, she nearly threw up when her son admitted to her that he had murdered someone. Along with a photo of a naked and bloody corpse, her son Jeffrey Knoble confessed verbally to the brutal slaying of his friend Andrew “Beep” White.

Unlike Louise, Lori did nothing to protect her son from law enforcement; in fact, she ended up turning him into police herself. Later, she testified against him in court, which undoubtedly helped seal his fate. Jeffrey was found guilty of first-degree murder and sentenced to life without parole. Is blood really thicker than water? Not in Lori’s case, although I don’t think anyone would blame her.[3] 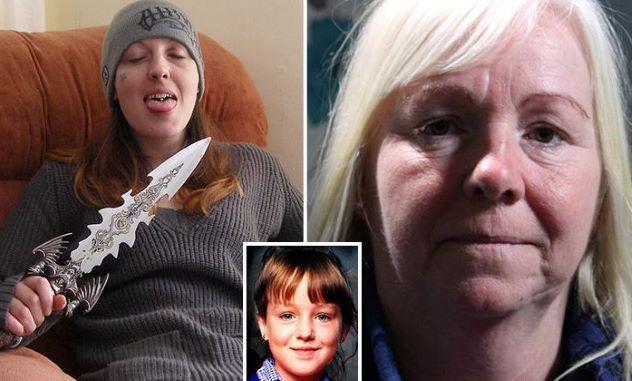 Convinced that her once loving and sweet child was gone, Kathleen is glad that her serial murderer daughter is behind bars. Convicted of several counts of murder, Joanna Dennehy is serving life in prison. Kathleen reported that Joanna grew up a quiet and empathetic child that valued all life and would even become upset if she accidentally stepped on bugs; it’s a shame the defense couldn’t haul them in to testify in favor of Joanna. Somewhere along the way, though, things began to go wrong. At 30 years old, Kathleen’s daughter went on a bloody killing spree, leaving three male victims in her wake. Two more men were also attacked but, thankfully, survived.

Interestingly enough, Joanna claimed that she targeted men specifically because she could never hurt a woman, especially one with children. Drugs and other deviant behavior fueled Joanna’s violence, leaving her mother feeling devastated. However, the main cause was likely Joanna’s mental illness, which she was later diagnosed with, including psychopathic and antisocial disorders. Kathleen truly believes that the person her daughter once was no longer exists, and it’s still unclear when exactly things went wrong.[4]

Talking about taking one for the team. Rosita spent four months on house arrest while trying to protect her son Howell Emanuel Donaldson III. After refusing to answer prosecutors’ questions about Howell, she was found in contempt until she cooperated. Eventually, she and her husband gave the police the information they were looking for, and in turn, Howell was arrested for killing four people. Admittedly, neither she nor her husband could provide an alibi for Howell at the time of the murders. She also argued against his insanity plea, saying that there was no history of mental illness.

She did her best to protect her son, but eventually, the truth won out, as it often does. Still, Rosita and her husband continue to stand by their son, doing what they can to help him cope with life behind bars, which has proven difficult for his mental health.[5] 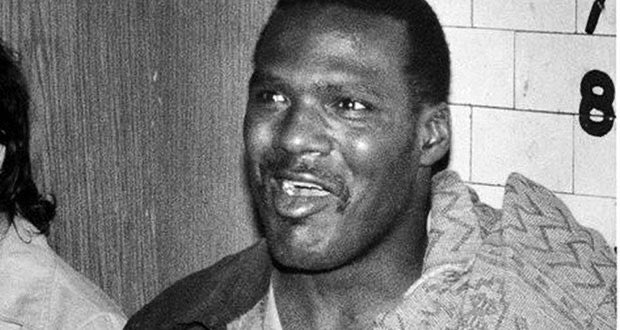 After a seven-day manhunt, Lillian Graham waited with her son Harrison for the police so that he could turn himself in. The crimes? Seven counts of murder after as many bodies were found in his apartment—some of the corpses actually in pieces. Despite being with him while he was taken into custody, Lillian stands by her son’s innocence and even made a plea to the sentencing judge to spare Harrison’s life.

She still denies his guilt in the counts of strangling the women to death and wants nothing more than for her son to be free. He was originally sentenced to death, but shortly after, his sentence was changed to life in prison. It’s unclear if Lillian truly believes her son is innocent or if she’s simply in denial that her own child could do such a thing.[6]

There isn’t much information on Regina herself, as she passed away in 2017, but she, too, raised a man that killed seven people. Sometimes, when otherwise “normal” children begin to experience personality changes that lead to violence, it’s due to a head injury early in life. In this case, there isn’t proof of that, but it does make one wonder.

Before her death, she was involved in a wrongful death suit filed by one of the victim’s family members. Giving “adding insult to injury” a new meaning, Todd Kohlhepp pleaded guilty to all counts and was sentenced to seven consecutive life sentences. It might be a blessing that Regina didn’t live to see the outcome. It’s unlikely she would have been able to take the sentencing and face the truth of her monster of a child.[7]

There isn’t much to be said that isn’t already known about the infamous Jeffrey Dahmer. He was sentenced to seventeen life terms for murdering as many males. However, a fellow inmate decided the death penalty would be a better option and killed him in 1994. Joyce Flint is the woman who acted as Jeffrey’s caregiver. She gave birth to him in May of 1960. It’s been reported that he was a normal, happy child until a hernia surgery at age four. After the surgery, he grew distant, and it’s believed that the operation could have played a part in his mental break that led to him becoming a murderer.

In a strange twist of events following his untimely death, a custody battle played out between Joyce and Jeffrey’s father. For what you might ask? That’s right, his brain! Indeed, while the father wanted the brain cremated, at the request of Jeffrey himself through his will, Joyce fought to have it remain intact for research purposes. In the end, Jeffrey’s wishes were granted and the ashes split between the parents. It could have been quite interesting to learn if any physiological factors of Jeffrey’s brain had led to his behaviors. Unfortunately, like the lick count to the middle of a Tootsie Pop, the world will never know. [8]

This mother literally suffered a broken heart upon learning of her child’s transgressions. Her son Dylann shot and killed nine people inside of a church after their Bible study. The mass murder was racially motivated, and Amy couldn’t withstand the story. She collapsed in the courtroom and repeatedly apologized for the scene. At the hospital, it was found that she’d suffered a heart attack. It’s not completely clear on Amy’s stance on her son’s case, but she has been heard telling him to get a good defense team and behave himself in court.

Dylann, on the other hand, seemingly made a mockery of the trial and was heard joking about the possibility of a capital sentence. He has said that he wanted to incite a race war, which was his main motivation for the murders. It’s believed that Amy is torn between wanting to support her son and being disgusted by his actions.[9]

Perhaps the most well-known mother on this list, Sue Klebold, has been interviewed dozens of times. In addition to having two books written about her, she also wrote a memoir herself following the tragedy. She has publicly admitted that she missed all the signs that eventually led her son Dylan to carry out one of the most notorious mass shootings to date.

Along with his partner, Dylan made history by killing 15 people in the Columbine High School shooting. Growing up, Dylan seemed like a loving kid, but his behavior changed during his high school years. Sue has since become an advocate for suicide prevention. All the proceeds from her memoir go to charities. Sue spends her days wondering what she could have done differently and intends to prevent the same situation from playing out again.[10] 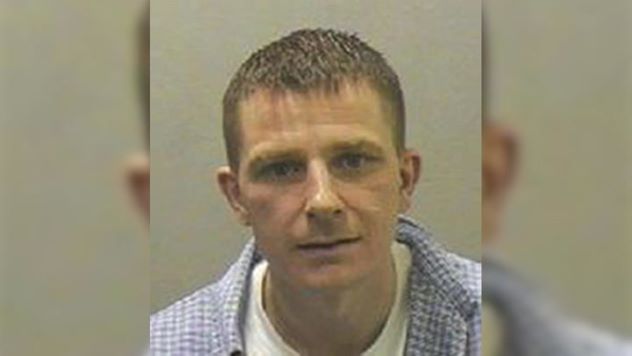 While it’s impossible to really understand the love a mother can hold for her child, it is possible that Kathy has taken hers to a new level. Even after her son Steven was convicted of strangling and burning three teenage boys, she continues to speak of him in an endearing way. Apparently, he was—and still is—a momma’s boy. According to her, his crimes were just him getting into “mischief.”

I don’t think mischief means what she thinks it means. Standing by one’s child is to be expected, but completely denying the information provided during a trial—Steven is a man only his mother could love. Kathy’s denial is a slap in the face to the families of her son’s victims, but she won’t stop standing by her child. [11]