Death is a part of every person’s life; in this article we explore ten of the strangest deaths that have occurred in recorded history.

Manner of death: Stuffing snow into a chicken 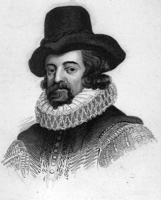 Francis Bacon; statesman, philosopher, creator of the English essay, and advocate for the scientific revolution (he established “The Scientific Method” still used today), was one of very few people to die as a result of one of their own experiments.

In 1625, whilst gazing out the window at a snowy afternoon, Sir Francis Bacon had an epiphany of sorts. Why would snow not work as preservative of meat in much the same way salt is used? Needing to know and unheeding of the weather, Bacon rushed to town to purchase a chicken, brought it home and began the experiment. Standing outside in the snow, he killed the chicken and tried to stuff it with snow. The experiment was a failure; the chicken didn’t freeze, and as a consequence of standing around in the freezing weather, Bacon developed a terminal case of pneumonia. Trying to stave off the inevitable, Bacon roasted and ate the chicken. That too was a failed experiment. He died.

Get even more crazy and bizarre deaths with 1,000 Ways To Die Season 6 at Amazon.com! 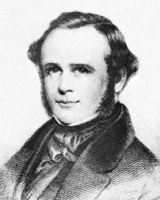 An American dentist, born in Vermont and educated in Boston, Horace Wells was one of the pioneers in the field of anesthesia. Weary of screaming patients, (it was known to upset him terribly, he often debated leaving the field of dentistry altogether), he was one of the first practitioners to see the value of nitrous oxide or laughing gas as an anesthetic.

After a failed experiment and falling out of favor with the medical community, Wells became a traveling anesthetic salesman and European expert for his former partner, Gardner Quincy Colton. His ‘investigations’ led to a chloroform addiction that would be his down-fall. In 1848, delirious and deranged after a week of self-experimentation, Wells ran into the street and assaulted two prostitutes with sulfuric acid. He was arrested and confined at New York’s infamous Tombs Prison. Recovering from the drug induced psychosis; the true horror of his actions came home to roost. Unable to live with this shame, Wells committed suicide by first inhaling a substantial dose of chloroform and then slitting his femoral artery.

Manner of death: Didn’t get to the toilet in time

Famous as an alchemist and astronomer, Brahe’s pioneering observations of planetary motion paved the way for Sir Isaac Newton to develop the theory of gravity.

Unfortunately brilliance and common sense do not always go hand in hand, the manner of his death being the case in point. Known to have a weak bladder and knowing that it was very bad form to leave the banquet table before the festivities concluded, Brahe still neglected to relieve himself before dinner. To compound matters, he was known to drink excessively, and this particular banquet was no exception. Too polite to ask to be excused, his bladder strained causing a protracted (11 day), agonizing death. Whether he died of a burst bladder or hyponatremia (low levels of sodium in the blood) or mercury poisoning is now debated.

Note: this is very similar to an event in which a lady died recently in a competition entitled “Hold Your Wee for a Wii”. She died of hyponatremia. 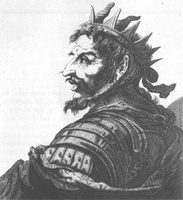 Manner of death: He got a nosebleed on his wedding night

History’s most brilliant tactician, warlord, and notorious villain, Attila the Hun conquered all of Asia by 450 AD. Using a combination of fierce combat and ruthless assimilation, Mongolia to the very edge of the Russian Empire fell to Attila and his armies.

Known for his frugal eating and drinking habits, Attila must have thought that his own wedding was an occasion to celebrate. Marrying a young girl named Ildico, in 453 AD; he over-indulged in both food and drink. Sometime after retiring for the evening, his nose started to bleed. Too drunk to notice, it continued to bleed, ultimately drowning him in his own blood.

Manner of death: An eagle dropped a tortoise on his head

Considered the founder of tragedy, Aeschylus is the first of the three ancient Greek playwrights whose work still survives. He expanded the characters of a play so that there was conflict between them instead of actors solely interacting with the chorus. Sophocles and Euripides famously followed in his footsteps.

While visiting Gela on the island of Sicily, legend has it that an eagle, mistaking Aeschylus’ bald pate for a stone, dropped a tortoise on his head killing him. Some accounts differ, stating that a stone was dropped on his head, the eagle mistaking his shining crown for an egg. This is not as far-fetched as it seems. The Lammergeier or Bearded Vulture is native to the Mediterranean, and is known to drop bones and tortoises on rocks to break them open.

Jump into the modern age of death…with an alien twist: Close Encounters of the Fatal Kind: Suspicious Deaths, Mysterious Murders, and Bizarre Disappearances in UFO History at Amazon.com!

Manner of death: Eating too much pudding

Adolph’s Frederick was the titular King of Sweden from 1751 – 1771. The omnipotent Riksdag or senate held the reins of power despite Adolphus’ best efforts to wrest it from them.

Another victim of personal excess, Adophus Frederick is known by Swedish children as “the king who ate himself to death”. On February 12, 1771, after partaking of a banquet consisting of lobster, caviar, sauerkraut, smoked herring and champagne he moved on to his favorite dessert, Semla, a traditional bun or pastry made from semolina/wheat flour, served in a bowl of hot milk. One or two portions would have been sufficient; 14 servings was excessive. He died shortly thereafter of digestion problems.

Manner of death: Drowning after being poisoned, shot, stabbed, and bludgeoned

The Mad Monk, Grigori Rasputin, was a peasant and mystic healer who found favor with the royal court of Russia by providing relief to Crown Prince Aleksey, a hemophiliac and heir to the throne.

Wielding much influence on the royal court, the unkempt, vulgar, and amazingly resilient Rasputin made many political enemies. He had to go; much easier said than done. The conspirators first tried poison, enough poison to kill a man three times his size, but he seemed unaffected. Next they snuck up behind him and shot him in the head. This should have done it, but no; while one of the assassins was checking his pulse, the mystic grabbed the conspirator by the neck and proceeded to strangle him. Running away, the would-be assassins took up the chase, shooting him 3 times in the process. The gunshots slowed him down enough to allow his pursuers to catch-up. They then proceeded to bludgeon him before throwing him in the icy cold river (Russian winter). When his body was recovered an autopsy showed that the cause of death was drowning.

Manner of death: Strangulation and a broken neck 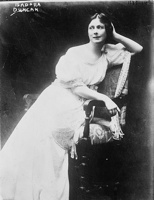 Isadora Duncan is widely considered as the mother of Modern Dance. Born in San Francisco, California, Dora Angela Duncan was the product of divorced parents; her father a disgraced banker and her mother and pianist and music teacher. Her free form style was never very popular in her home country, but she found great success after immigrating to Paris. She founded three schools of dance and her likeness is carved over the entrance to the Théâtre des Champs-Élysées.

Isadora Duncan died of a broken neck and accidental strangulation when her scarf caught on the wheel of a car she was traveling in. The New York Times, succinctly and brutally described it thusly:

“The automobile was going at full speed when the scarf of strong silk began winding around the wheel and with terrific force dragged Miss Duncan, around whom it was securely wrapped, bodily over the side of the car, precipitating her with violence against the cobblestone street. She was dragged for several yards before the chauffeur halted, attracted by her cries in the street. Medical aid was summoned, but it was stated that she had been strangled and killed instantly.”

Christine Chubbuck was the host of “Suncoast Digest” a well regarded public affairs program on WXLT-TV in Sarasota, Florida. Breaking format, her guest was waiting across the studio at the news anchor’s desk; Christine read eight minutes of national news stories before the tape reel malfunctioned while describing a shooting at the Beef and Bottle restaurant. Seemingly unfazed by the technical glitch, Christine looked into the camera and said:

“In keeping with Channel 40’s policy of bringing you the latest in blood and guts, and in living color, you are going to see another first: an attempted suicide.”

Taking a revolver out from under her desk, she placed it behind her left ear and pulled the trigger (she learned this was the most effective way to commit suicide from the police while researching a project for her show). She tumbled violently forward as the technical director slowly faded to black. Some viewers called 911 while others called the station to see if it was real. Camerawoman Jean Reed later stated that she didn’t believe it to be genuine until she saw Christine’s body twitching on the floor.

Manner of death: Volunteered to be tortured and murdered

Sharon Lopatka was an internet entrepreneur and one sick puppy. Living in Hampstead, Maryland, USA, Sharon was killed by Robert Frederick Glass in a case of consensual homicide.

While advertising unusual fetishist pornography on her web site, Sharon began her hunt for a partner willing to torture and kill her for their mutual sexual gratification. After many false starts, of course most replies were not serious, she finally found Robert Glass; more than willing to fulfill her fantasy. They exchanged many messages, culminating in their meeting in North Carolina. Glass tortured her for several days before strangling her with a nylon cord. He was later convicted of voluntary manslaughter and possession of child pornography.

10 Ways Cultures Around the World Are Obsessed with Eyes