Whether we like or not, sport really is a substitute for war. Throughout history, death and sport have stood hand in hand and the people that have died have acquired a legendary warrior-like status. The Juventus fans died in the name of their club and Ayrton Senna died in an accident just as he was about to revolutionize motor racings safety standards. The following top list attempts to look at tragedies in terms of the impact they had on an entire sport, or country, rather than just a few individuals. 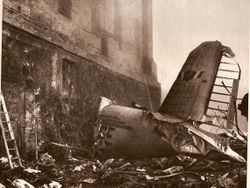 Returning from little more than a friendly, the plane carrying all but two of the Torino football squad, and many of their coaching staff, crashed into the Superga hill near Turin. Everybody on board died.

At that time Torino was the best side in Italy having won 3 successive Series A titles, with 10 of their players in the Italian international team. Though Torino won another title in 1976, the club never truly recovered. The Italian national side, the best in the world in 1949, did not get to the second phase of a tournament until 1968. 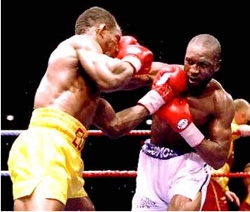 The judges robbed Michael Watson in his first jab at the world super middleweight title. To many people, it looked like he had thoroughly outscored his opponent, the unpopular Chris Eubank. The public demanded a rematch and three months later on September 21st 1991, they got their wish.

Watson dominated the fight. By the end of the 11th round all he had to do to win was stay on his feet. Unfortunately, he walked straight into a Eubank punch. The fight continued into the 12th, but while Eubank connected with blow after blow, Watson could hardly raise a glove. Finally, the referee stopped the fight, but it was too late. Watson collapsed in the ring and lay there for 30 minutes while organizers rushed paramedics to the venue. He survived, but after 40 days in a coma and six operations on his brain, Michael Watson and British boxing would never be the same. 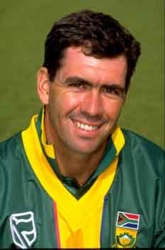 Many of the worst tragedies in sport occur when people take it too seriously. Well known is the shooting of Colombian footballer Escobar. The motivation is unclear, but he was killed shortly after his own goal against the USA knocked Colombia out of the 1994 World Cup. However, football is a massive sport and as such has the habit of washing its hands in the wave of the next big tournament. No such luck for Hansie Cronje.

The cricketing world was shocked to its roots when the South African captain, recognized as one of the nice guys of the game was fingered for match fixing. He was banned for life. Two years later, his death in a plane crash sparked off the conspiracy theorists.

Whatever the truth, Cronje was a very powerful figure in South Africa and may have been on the verge of naming names involved with the betting syndicates. People stood to lose a lot of money. The death of Bob Woolmer at this year’s world cup, and the accusations that followed, no matter how false, proves this matter will not lie.

Show your team spirit with this awesome Colombia 2014 Soccer Jersey at Amazon.com! 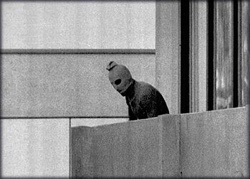 The old adage that sport and politics do not mix does not quite ring true. When it comes to an event like the Olympics, they can mix too well and with disastrous consequences.

In the 1972 Olympics, 11 Israeli athletes were shot dead by the Palestinian terrorist group Black September. The lax German security allowed the 8 Palestinians, with bags of weapons, to scale the fence that surrounded the Olympic village. They then proceeded to enter the Israeli accommodation and take the athletes hostage, threatening to kill them if the Israeli authorities did not organize the release of 234 Palestinians.

In the resulting debacle, including a failed rescue attempt, 11 Israeli athletes, a German police officer and 5 of the Palestinians died. A while later the Israeli government launched Operation Wrath of God, a massive search to kill the hostage organizers. The Palestinians no doubt responded in kind.

It is worth noting that the following Olympic Games in Montreal lost an awful lot of money. 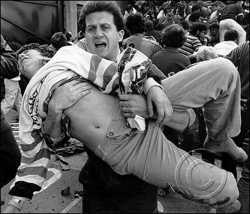 In 1985, Liverpool and Juventus, two of the biggest clubs in Europe, were facing each other for the first time in a European Cup final. Before the match started, Liverpool supporters reacted to taunts from the Italian fans by charging through the lines of Belgian police. The Juventus fans could do nothing, but retreat as far as a wall, which collapsed under the pressure and onto their own fans below. In the ensuing panic 39 supporters died and over 350 were injured.

UEFA banned English teams from playing in Europe for five years. However, there were positives. The English FA, with backing from the government, went on a huge campaign to take out the hooligan element, and to some extent succeeded. In addition, along with the Hillsborough disaster it made people look closely at stadium safety. Critics noted even before the match, with 58,000 people coming to watch the game, Heysel was a potential death trap.

6. The Death of Ayrton Senna [Wikipedia] 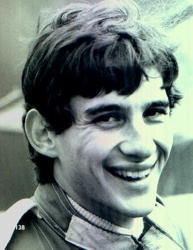 The death of Ayrton Senna marked the end of a great era in Formula One Racing. Senna’s generation had produced drivers of the caliber of Nigel Mansell, Alain Prost, Nelson Piquet and Gerhard Berger, all pushing their cars and their own safety to the limit.

Ironically, Senna’s death was faulty steering, rather than a cavalier approach. Unable to control his car around a corner he skidded off the track and crashed into a wall. Upon impact, one of the suspension bars of his car broke loose and collided with his head. The day before, the Austrian driver, Roland Ratzenburger had died in a similar crash during practise.

In the aftermath, the governing body finally addressed safety issues in the sport, concerns that Senna himself had expressed. To some it was at the expense of the sport. The article on Wikipedia is an excellent and very detailed description of the tragedy. 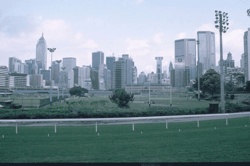 There was allegedly a worse disaster at the Circus Maximus, when the second tier collapsed killing 1,200 people. Nevertheless, with no hard evidence, the worst sporting tragedy, in terms of numbers killed, is the fire at Hong Kong’s Happy Valley Race course in February 1918. 590 people died, though supposedly this is a conservative estimate. Whatever the correct number, it is the worst fire in Hong Kong’s history.

Over a few weeks in April 2001, four huge football disasters occurred on the African continent. 43 people died at, 250 injured during a game in South Africa, 14 people died and 51 injured in Congo, and there was 1 death and 39 injuries after a clash between police and supporters in the Ivory Coast.

The worst disaster was in a Ghana league game between Asante Kotoko and Hearts of Oak. It started when Asante’s fans began ripping up seats after the Hearts Oak side had won the match with two late goals. Moments later the police were spraying tear gas into the crowd. As the gas spread, fans rushed for the exits, but found them locked. Despite this, the police continued firing the gas; people continued rushing for the exit. In total 126 people were crushed to death. Many more were injured.

During that year, almost 200 people died at football matches in Africa, a combination of hooliganism, aggressive policing and poor stadiums. Their collective dream of one day holding a world cup tournament looks very far away.

9. Kurt Jenson and others [BBC] 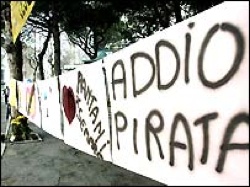 When the Danish rider, Kurt Jansen collapsed during the 1960 Rome Olympics, from an amphetamine overdose, drugs in cycling became big news.

Like many sports, it attempted to play down the situation. In 2003, after years of ignoring the problem, it had no choice but to face up to it. During a period of just 13 months 8 elite cyclist, 4 under 24 years old, and one of them only 16, died of a heart attack. Commentators stated the drug EPO as the reason.

With Michael Rasmussen and Alexandre Virokourov both disqualified at this years Tour de France, critics claim the sport is still rife with drugs, but as Lance Armstrong pointed out at least it shows the cycling world are finally trying resolve the problem. 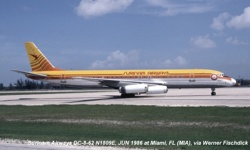 In 1989, a plane carrying a group of Dutch Surinamese footballers crashed upon approach to the Paramaribo Zanderiji airport in Suriname. All but a few people died. The players, known as the colourful 11, were all coming back from a friendly with Suriname, a game they organized every year to raise the awareness of positive role models for the isolated Suriname communities in Holland.

If you liked this article, you will love
Top 10 Sporting Comebacks
Inspiring comebacks by sportsmen who beat the odds