Some years ago I read an excellent article by Dr Ron Rosedale which discussed the effects of insulin resistance in keeping people overweight and unhealthy. The effect is basically that when you eat too many carbohydrates, your body overproduces insulin (which is used in the breakdown of sugars) and your body begins to build a resistance. The worst effect of this, is that you lose your ability to recognize when you are full – which ultimately leads to overeating. In his article he discussed a variety of natural remedies that he uses to dramatically reduce insulin resistance, thereby reducing cravings and ultimately fat. These remedies are all readily available in most western countries without a prescription. 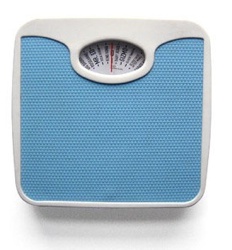 This vitamin-like substance is, by nature, present in all human cells and responsible for the production of the body’s own energy. In each human cell food energy is converted into energy for our body in the cell power plants with the aid of CoQ10. It is an essential compound required in the proper transport and breakdown of fat into energy; 95% of all our body’s energy requirements is converted with the aid of CoQ10. Clinical studies have shown that CoQ10 may help promote weight loss. In one study coenzyme Q10 levels were found to be low in fifty-two percent of overweight subjects tested. Treatment with 100mg of CoQ10 was found to accelerate weight loss resulting from a low-calorie diet.

Trying to drop a few pounds? Maybe start out with Nature Made CoQ10 softgels at Amazon.com!

Caution: This daily amount is much higher than the US FDA recommended daily dose. If you experience any side-effects, stop taking it immediately.

Chromium is required in trace amounts for sugar metabolism in humans. It is usually found as Chromium picolinate or Chromium Chloride. Chromium plays a key role in increasing the body’s sensitivity to insulin. Without chromium, insulin’s action is blocked, blood sugar levels are elevated, and thermogenesis is inhibited. Since increasing insulin sensitivity is a critical goal in promoting weight loss, chromium supplementation would be quite beneficial in people trying to lose weight. In a study of 59 college-age students at Louisiana State University in Baton Rouge, researchers found that women taking 200 micrograms of chromium picolinate a day gained almost twice as much lean body mass as those who did not take the supplements. This can result in long-term reductions in body fat, since lean body mass burns more calories than fat. Chromium also improves the effectiveness of insulin. For this reason, chromium may also be helpful in preventing diabetes, which is common in people who are overweight. People with diabetes who take chromium should be under medical supervision, since their insulin dosage may need to be reduced as their blood sugar levels drop.

RRD: As much as you can afford

Carnitine helps transport fats in the bloodstream into the mitochondria (where the cellular energy or power produced) for burning. It has the ability to break up fat deposits and aids in weight loss. It also helps to reduce cravings for sweets and fats. Though the body naturally produces carnitine, people who are overweight rarely make enough. In clinical trials, overweight volunteers taking 200 mcg of chromium picolinate with 100 mg of L- carnitine daily, plus vitamins and minerals, have been shown to average a 15- pound weight loss in eight weeks. This combination was observed to increase their metabolism as well. You should increase your daily exercise when taking carnitine. 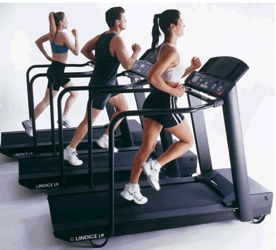 RRD: As much as you want

Glutamine is the most abundant naturally occuring, non-essential amino acid in the human body. In the body it is found circulating in the blood as well as stored in the skeletal muscles. It becomes conditionally essential (requiring intake from food or supplements) in states of illness or injury. Food sources of glutamine include meat, poultry, fish, beans, eggs, and dairy products. There have been several recent studies into the effects of glutamine and what properties it possesses, and, there is now a significant body of evidence that links glutamine-enriched diets with intestinal effects; aiding maintenance of gut barrier function, intestinal cell proliferation and differentiation, as well as generally reducing septic morbidity and the symptoms of Irritable Bowel Syndrome. Glutamine is also marketed as a supplement used for muscle growth in weightlifting, bodybuilding, endurance and other sports.

Vanadium is an element (elemental symbol V). It is found in most living organisms. Vanadium, in many ways, mimics insulin, thus it helps accomplish the function of insulin without requiring extra effort on the part of your pancreas. Vanadium and Chromium together are a smart pair in controlling blood sugar. This, in turn, suppresses blood sugar spikes and the formation of excess body fat following meals, especially meals containing refined carbohydrates.

RRD: Per instructions on packet

Gymnema sylvestre is a herb native to the tropical forests of southern and central India where it has been used as a naturopathic treatment for diabetes for nearly two millennia. While it is still being studied, and the effects of the herb are not entirely known, the herb has been shown to reduce blood sugar levels when used for an extended period of time. Additionally, Gymnema alters the taste of sugar when it is placed in the mouth, thus some use it to fight sugar cravings. Extracts of Gymnema is not only claimed to curb sweet tooths but also for treatment of as varied problems as hyperglycemia, overweightness, high cholesterol levels, anemia and digestion.

Caution: If you have heart or kidney problems, consult your doctor before taking magnesium supplements.

Magnesium is essential for every major biological function, including your heartbeat. Magnesium supplementation is useful to treat the muscle cramps that people get when they’re trying to lose weight. It also seems to curb sweet cravings. Magnesium can give you a better metabolism, better digestion, and an in-sync melody of the vitamins and minerals within can help you reach your weight loss goals a bit quicker and safer. There have also been some unverified links to magnesium helping reduce middle aged memory loss. 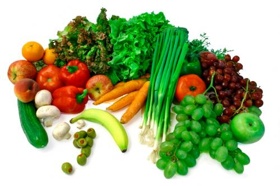 Taurine is an organic acid that is a major constituent of bile. In recent years, taurine has become a common ingredient in energy drinks. Taurine is often used in combination with bodybuilding supplements such as creatine and anabolic steroids, partly due to recent findings in mice that taurine alleviates muscle fatigue in strenuous workouts and raises exercise capacity. Recent studies show that taurine supplements taken by mice on a high-fat diet prevented them from becoming overweight. Taurine has also been shown in diabetic rats to decrease weight and decrease blood sugar.

Vitamin E is a fat soluble antioxidant. There are three specific situations when a vitamin E deficiency is likely to occur. It is seen in persons who cannot absorb dietary fat, has been found in premature, very low birth weight infants (birth weights less than 1500 grams, or 3.5 pounds), and is seen in individuals with rare disorders of fat metabolism. Individuals who cannot absorb fat may require a vitamin E supplement because some dietary fat is needed for the absorption of vitamin E from the gastrointestinal tract. Vitamin E has also been shown to be helpful in reduction of scarring, and in other skin related disorders.

Caution: Daily doses of more than the Daily Value of 15 milligrams of zinc warrant medical supervision.

Zinc deficiency results from inadequate intake of zinc, or inadequate absorption of zinc into the body. Signs of zinc deficiency include hair loss, skin lesions, diarrhea, and wasting of body tissues. Eyesight, taste, smell and memory are also connected with zinc. A deficiency in zinc can cause malfunctions of these organs and functions. It is widely recognised that the lack of zinc can contribute to acne. Significant dietary intake of zinc has also recently been shown to impede the onset of flu.

Disclaimer: I am not a doctor. You should discuss the effects of these medicines with your druggist to ensure that you do not have problems that may prevent you from taking them. High dosage of Vitamin should be taken only under medical supervision, especially if you are a woman of childbearing age. Women who are pregnant should not use this therapy.

You can read a transcript of the article here.