Some presidents seem to have far too long in the Whitehouse (I am not naming names), but some have had so little time that they were barely able to fulfill their duties. This is a list of the ten shortest presidencies in US history. 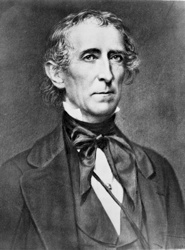 Served the remainder of William Harrison’s term. Denied renomination by the Whigs, Tyler flirted with the Liberty Party, but was persuaded not to run by the Democrats (his former party). Tyler’s presidency was rarely taken seriously in his time. He was usually referred to as the “Acting President” or “His Accidency” by opponents. Further, Tyler quickly found himself at odds with his former political supporters.

Make the presidents easy to remember with The Presidents of the United States, NEW Classroom POSTER at Amazon.com! 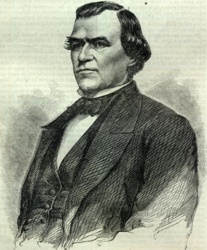 Served the remainder of Lincoln’s term. Sought the Democratic nomination in 1868, but was unsuccessful. Johnson had an ambiguous party status. He attempted to build up a party of loyalists under the National Union label, but he did not identify with either of the two main parties while President—though he did try for the Democratic nomination in 1868. Asked in 1868 why he did not become a Democrat, he said “It is true I am asked why don’t I join the Democratic party. Why don’t they join me…if I have administered the office of president so well?” 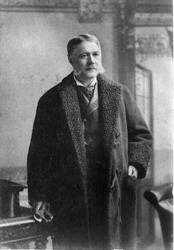 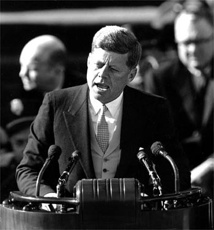 Assassinated in his first term. John F. Kennedy was sworn in as the 35th President at noon on January 20, 1961. In his inaugural address he spoke of the need for all Americans to be active citizens, famously saying, “Ask not what your country can do for you; ask what you can do for your country.” He also asked the nations of the world to join together to fight what he called the “common enemies of man: tyranny, poverty, disease, and war itself.” 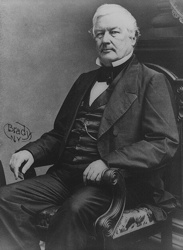 Served the remainder of Taylor’s term. Sought the Whig nomination in 1852, but lost to Winfield Scott. Four years later, ran again (as a Know Nothing) and came in third. As president, Fillmore dealt with increasing party divisions within the Whig party; party harmony became one of his primary objectives. He tried to unite the party by pointing out the differences between the Whigs and the Democrats (by proposing tariff reforms that negatively reflected on the Democratic Party). Another primary objective of Fillmore was to preserve the Union from the intensifying slavery debate.

Get an admirable piece of American history. Buy the original John F. Kennedy for President Campaign Poster at Amazon.com! 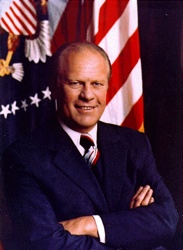 Served the remainder of Nixon’s term. Not elected for full term. In foreign policy, the Helsinki Accords marked a move toward detente in the Cold War, even as the former ally South Vietnam was invaded and conquered by North Vietnam; Ford did not intervene, but did help extract friends of the U.S. At home, the economy suffered from inflation and recession. Ford came under intense criticism for granting a preemptive pardon to President Richard Nixon for his role in the Watergate scandal.

Died in his first term. In April 1921, speaking before a joint session of congress he called for peacemaking with Germany and Austria, emergency tariffs, new immigration laws, regulation of radio and trans cable communications retrenchment in government, tax reduction, repeal of wartime excess profits tax, reduction of railroad rates, promotion of agricultural interests, a national budget system, a great merchant marine and a department of public welfare. 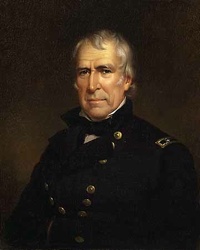 Died in his first term. Did not take the oath of office until March 5, 1849, because March 4th fell on a Sunday and Taylor declined to take the oath on Sunday because of his religious beliefs. The slavery issue dominated Taylor’s short term. Although he owned slaves, he took a moderate stance on the territorial expansion of slavery, angering fellow Southerners. Taylor urged settlers in New Mexico and California to draft constitutions and apply for statehood, bypassing the territorial stage. New Mexico was too small to act but California — which had high population growth from the gold rush — wrote a constitution that did not allow slavery; it was approved by the voters and a new state government took over in December 1849 without Congressional approval. 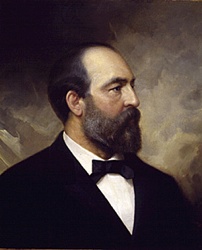 Assassinated within less than a year of his first term. Between his election and his inauguration, Garfield was occupied with constructing a cabinet that would balance all Republican factions. He was shot by Charles Julius Guiteau, disgruntled by failed efforts to secure a federal post, on July 2, 1881, at 9:30 a.m., less than four months after taking office. 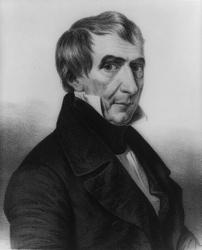 Died within a month of his first term. Harrison only had time for one official act: calling Congress into a special session, which he set to begin on May 31, 1841. He and Whig leader Henry Clay had disagreed over the necessity of the special session (which Harrison opposed, but Clay desired in order to immediately get his economic agenda underway), but Clay’s powerful position in both the legislature and the Whig Party quickly forced Harrison to give in. Harrison was the first president to die in office.