English has recived many words and phrases from Latin – especially in the medical and legal fields. From time to time we all hear these terms but often don’t know what they mean. This is a list of 30 latin terms that are still in use in English and their meanings. 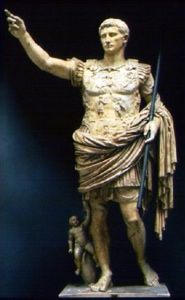 Ad Hoc: Generally signifies a solution that has been custom designed for a specific problem, is non-generalizable, and cannot be adapted to other purposes. Examples include a tailor-made suit, a handcrafted network protocol or a purpose-specific equation.

Ad Hominem: An ad hominem argument consists of replying to an argument or factual claim by attacking a characteristic or belief of the person making the argument or claim, rather than by addressing the substance of the argument or producing evidence against the claim. It is most commonly used to refer specifically to the ad hominem abusive, or argumentum ad personam, which consists of criticizing or personally attacking an argument’s proponent in an attempt to discredit that argument.

Bona Fide: Good faith. This is the mental and moral state of honesty, conviction as to the truth or falsehood of a proposition or body of opinion.

Casus Belli: Case or incident of war. Often misspelt as causus belli and believed to mean “cause of war.” This is not correct.

Caveat Emptor: Let the buy beware. Generally caveat emptor is the property law doctrine that controls the sale of real property after the date of closing.

De Facto: De facto is a Latin expression that means “in fact” or “in practice” but not spelled out by law. For example, de facto marriage, or a de facto standard (a standard generally accepted but not formalized).

De Jure: The opposite of de facto.

Dictum: In common law legal terminology a dictum (plural dicta) is any statement that forms a part of the judgment of a court, in particular a court whose decisions have value as precedent.

Ex Officio: By virtue of office or position; “by right of office”. Often used when someone holds one position by virtue of holding another. A common misconception is that ex officio members of a committee/congress may not vote, but this is not guaranteed by that title.

Flagrante Delicto: A legal term used to indicate that a criminal has been caught in the act of committing an offense (compare corpus delicti). The colloquial “caught red-handed” or “caught in the act” are English equivalents.

Habeas Corpus: This is the name of a legal action through which a person can seek relief from unlawful detention of themselves or another person. The writ of habeas corpus has historically been an important instrument for the safeguarding of individual freedom against arbitrary state action.

Ibid.: This is the term (short for Ibidem) used to provide an endnote or footnote citation or reference for a source that was cited in the preceding endnote or footnote. To find the ibid. source, one has to look at the reference right before it, and so ibid. serves a similar purpose to ditto marks (?).

Ipso Facto: This is directly translated as “by the fact itself”, which means that a certain effect is a direct consequence of the action in question, instead of being brought about by a subsequent action such as the verdict of a tribunal.

Magnum Opus: This refers to the best, most popular, or most renowned achievement of an author, artist, or composer, and most commonly one who has contributed a very large amount of material. For example, you might say that Beethoven’s 9th Symphony is his magnum opus.

Obiter Dictum: “Said by the way”, is a remark or observation made by a judge that, although included in the body of the court’s opinion, does not form a necessary part of the court’s decision. 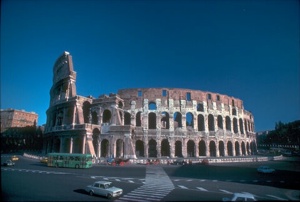 Per Diem: “Per day,” meaning specific amount of money an organization allows an individual to spend per day. Typically, though not exclusively, this is to cover travel and subsistence expenses.

Prima Facie: “On its first appearance”, or “by first instance”. It is used in modern legal English to signify that on first examination, a matter appears to be self-evident from the facts.

Primogeniture: Primogeniture is the common law right of the first born son to inherit the entire estate, to the exclusion of younger siblings. It is the tradition of inheritance by the first-born of the entirety of a parent’s wealth, estate or office; or in the absence of children, by collateral relatives, in order of seniority of the collateral line.

Pro Bono: Pro bono is a phrase derived from Latin meaning “for the public good.” The term is sometimes used to describe professional work undertaken voluntarily and without payment, as a public service.

Quasi: In some manner or to some degree. Similar to the prefix ‘semi’.

Sine Qua Non: “Without which it could not be” (“but for”). It refers to an indispensable and essential action, condition, or ingredient. In recent times it has passed from a merely legal usage to a more general usage in many languages.

Subpoena: A subpoena is “a command to appear at a certain time and place to give testimony upon a certain matter.”

Vice Versa: “The other way around.” Vice is most commonly pronounced with one syllable, but in Classical Latin it is pronounced “Wee-kay wehr-suh” and in Ecclesiastical Latin “Vee-chay vehr-suh”.