Gestures are a crucial and irreplaceable part of how we communicate with each other, whether it’s serious conversations that have to be ended with the “talk to the hand” sign or casual occasions like asking the waiter how much the drink costs in a crowded bar. It’s not just a substitute for the spoken word, either. In many cases, gestures help get the point across much more effectively than any string of words ever could.

As any traveler will tell you, though, gestures aren’t universal even if you think they are. In many countries, signs that you may have grown up with may mean something completely—and bafflingly—different elsewhere. These are some of the most confusing gestures that you either never knew existed or know to mean something completely opposite of what they do in these places.

10 Shaking Hands Over A Threshold 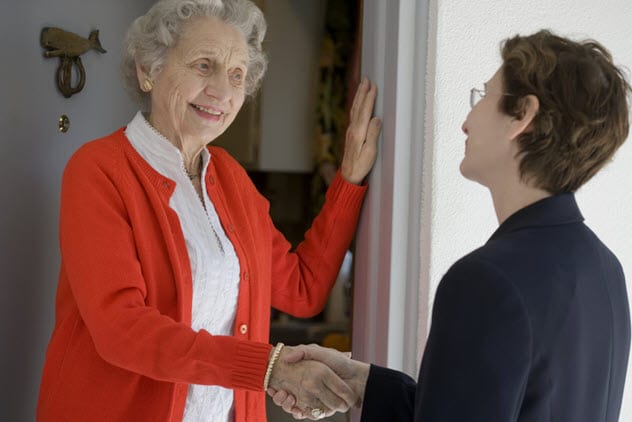 We understand that shaking hands isn’t a globally recognized form of greeting like it is in most of the Western world. Many countries do it differently, like folding your hands and doing the namaste in India or bowing to each other in Japan.

Even in those countries, however, handshakes aren’t considered to be offensive or inauspicious. They just think that their way of greeting is better than the handshake, and there’s nothing wrong with that.

In Russia, though, shaking hands over a threshold (for example, while entering the house) is considered to be incredibly bad luck as the threshold is where the ghost of the house is believed to reside. While that’s also something we have no problems with, it does raise the important question of why the spirit of the house is choosing to stay in such a cramped space in the first place.

Nevertheless, when you’re in Russia, always wait to step inside a house to offer the handshake.[1] 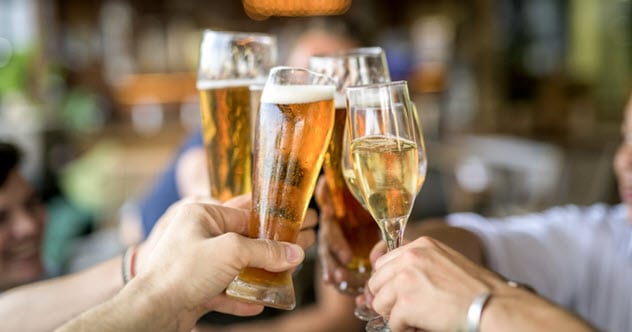 One of the best parts of traveling around the world is exploring the drinking cultures of various countries, something you’d never be able to do just sitting at your local bar. The first thing you’d notice is how different places do toasts.

While some countries don’t toast at all and just get busy drinking as soon as the drink is poured, other places like to do it with the classic “cheers” to give the whole thing a communal vibe. Not in Hungary, though. There, saying “cheers” and banging your beer glasses together brings back some horrific memories from the country’s past, which is a strict no-no.

You see, back when Hungary was under the Austrian Empire and tried to revolt, the rebellion was brutally crushed by the empire’s forces. To celebrate the victory, the Austrians did the whole cheers routine right before executing captured Hungarian leaders.

This lingers in the psyche of the nation to this day. They even outright banned the practice for 150 years. Even when the ban was lifted, the Hungarians just never took to the practice like other parts of the world.[2]


8 Patting On The Head 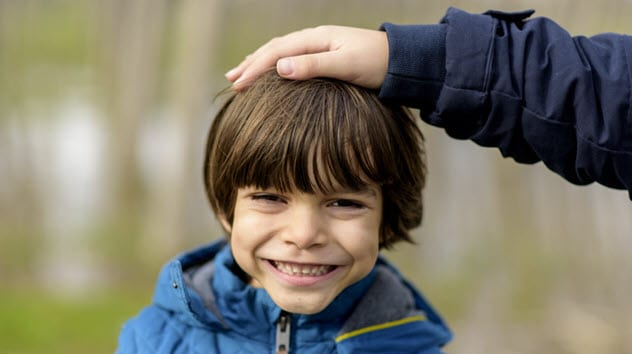 Patting on the head is usually reserved for rewarding a kid for an accomplishment that isn’t good enough for an actual physical gift or in postcoital situations where cuddling after the act isn’t a desirable option. It definitely doesn’t carry any negative connotation, even though it doesn’t fit most situations other than those specific ones.

That’s not true for many parts of Asia, though, where it’s considered extremely rude to even touch the head, let alone outright pat it.

In many Asian countries, the head is considered to be the most important part of the body. Touching it in any way is strictly off-limits without proper consent. It’s mainly restricted to countries with large Buddhist populations like China and Thailand, though we’d suggest just not doing it in any Asian country to be on the safe side of things.[3] 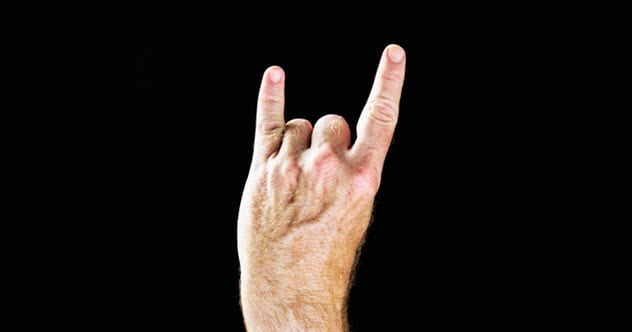 If you’ve ever been to a rock concert, you’re familiar with the devil’s horns. Made by keeping the index and the little finger upright with the two middle fingers held down with the thumb, this is a universally accepted gesture for calling something “metal,” so to speak.

Originally made popular by Ronnie James Dio, once a vocalist for Black Sabbath, the gesture is generally understood to carry a positive tone, though not in Italy.

Making the devil’s horns in Italy means something completely different and can land you in a verbal argument at best and a full-blown bar brawl at worst. It simply depends on whom you point it toward and how drunk the person is. In Italy, devil’s horns imply that a man’s wife is unfaithful, though more as an insult to him than his wife.[4]

If you’re the adventurous kind and regularly find yourself in places with a completely different language and culture, you know that it’s not easy. Other than being ripped off all the time for basic day-to-day commodities, navigation can be a problem, too, as you never know where to go next the whole time you’re there.

Despite the language barrier, there’s one form of communication you can count on to work across the world—nodding your head for “yes” and shaking it for “no.” Universally understood, it’s one of the things that everyone in the world shares no matter where they’re from. Well, except in the Balkans, where it means the complete opposite.

In countries like Albania and Bulgaria, the shake is used to say “yes” and the nod means “no.”[5] 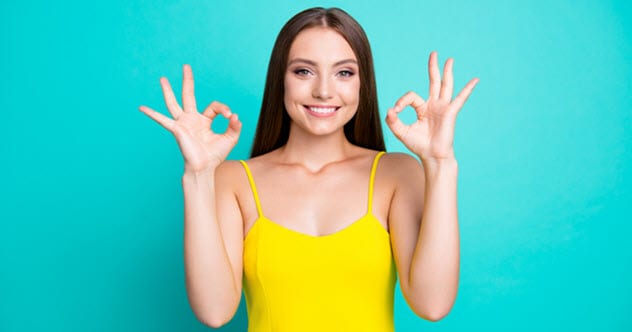 The OK sign—made by forming an “O” with your index finger and thumb and a “K” with the other three fingers—is another gesture that’s universally recognized. While the intensity of its meaning may vary from place to place, it’s generally taken to mean that everything is okay (as its name suggests).

It’s also an important communication tool if you’re learning how to dive. It usually signals from far away that all the equipment is working as intended.

However, none of this extends to Brazil as well as many other Latin American countries. In those places, the A-OK sign means “screw you,” to put it politely. When Richard Nixon landed in Brazil in the 1950s and made the sign with both hands, the reactions he got from the crowd were exactly what you’d expect them to be.[6] 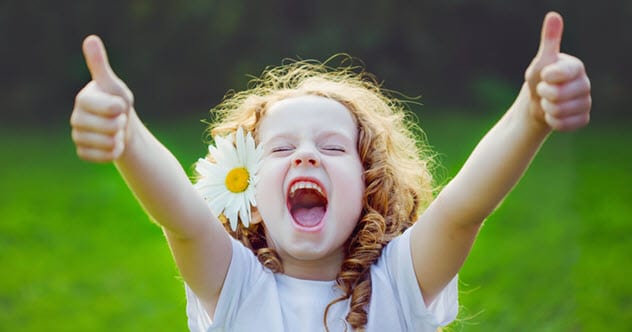 Closing your fingers in a fist with the thumb sticking out is a common gesture to indicate that you’re perfectly fine with whatever you’re pointing toward. It may sound like a strictly American thing. But if you travel around, you’ll know that it’s also intuitively understood in other parts of the world without an explanation.

In Iraq and other Middle Eastern countries, however, the classic thumbs up carries a more negative connotation. In essence, pointing it at someone suggests that you’re asking them to shove it up theirs, as the advancing US soldiers experienced firsthand from the crowd during the Iraq War.

In Roman history, the thumbs up was used by the generals to signal “kill them.” We’re not entirely sure why or when it started being seen as the positive gesture that it is today.[7]

3 Shaking Head At An Angle 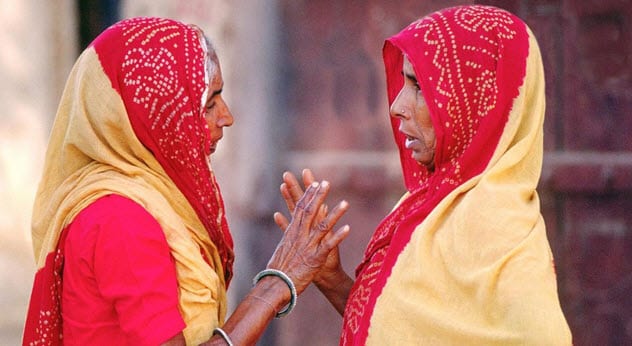 As we mentioned above, nodding and shaking your head to indicate approval or disapproval, respectively, is understood around the world except in the Balkans. It’s one of the few things that is common among humans, and you can count on it to get you around if you’re in a foreign country.

If you go to India, though, you’d come across an additional gesture that’s somewhere between a nod and a shake. If you see it but don’t know how it works, it can be a bit confusing as anyone doing a half-nod-half-shake by tilting the head from side to side is supposed to be. While it’s highly contextual and can even convey sarcasm, it generally indicates a less enthusiastic agreement than an all-out nod.[8] 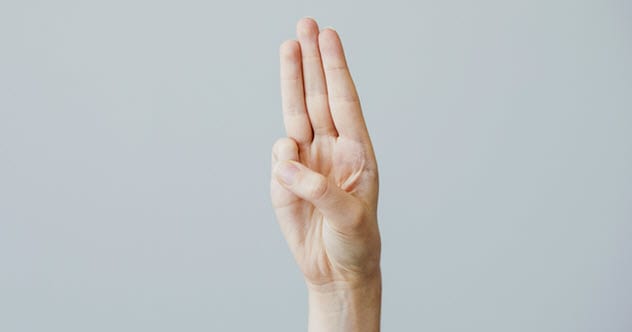 Depending on what type of a gig you’re attending, raising a certain number of fingers in the air and grooving is considered to be perfectly normal behavior almost everywhere in the world. Of course, it becomes a bit murkier outside concerts.

For example, doing it with two fingers in the wrong circumstances (like when the other person is drunk and angry) can be taken to mean mimicking a gunshot and could lead to a brawl. However, doing it with three fingers is just a harmless reference to The Hunger Games except when you’re in Thailand. There, it’s outlawed.

Possibly taken from the movie and possibly chosen because of how cool it looks, quite a few people in Thailand had taken to doing the three-finger salute to protest the military rule, which ticked off the government enough to make it illegal.

So unless you’re planning to make a particularly strong political stand the first time you visit Thailand and go to jail for it, we’d recommend staying away from The Hunger Games salute when you’re there.[9] 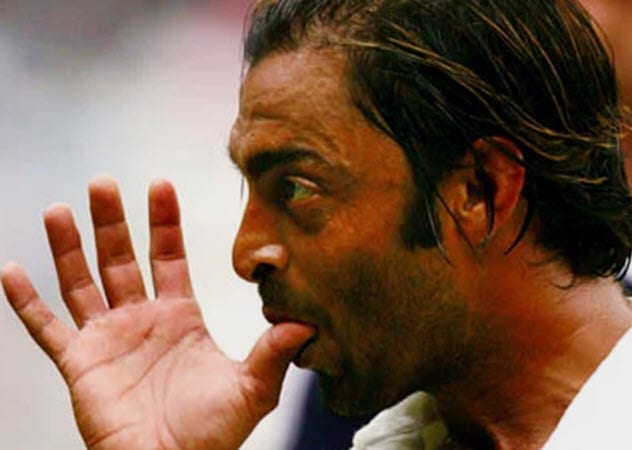 If you don’t know what the Cutis sign is, just make a fist, put your thumbnail under your front teeth, and flick. It sounds like a random thing you can do with your hands at best and a fairly bad attempt at amusing a child at worst. However, if you’re in India or Pakistan, this gesture carries a specific and offensive meaning.

Essentially, the sign is a nonverbal way to say “screw you” in the Indian subcontinent. It can also involve keeping your fingers outstretched instead of curling them into a fist. It’s not widely recognized across the country and would possibly only work in the northern parts. Even so, we’d advise against doing it wherever you are in the region just to be safe.[10]

Read about more gestures and body language on 10 Common Hand Gestures That Used To Mean Something Else and 25 Examples of Body Language.