Clearly, these lists are lightning rods for controversy. I guess it’s fair to say I enjoy and am annoyed by it at the same time, as some of the comments are thought provoking and some induce cringes (suggesting Journey albums, really?). However, I think the decade that will cause the most controversy is the nineties. Not only is it the freshest in our minds, but there is even less consensus than other decades. One of the most popular band in the US during this decade (Pearl Jam) was only moderately well known in the UK, and the UK’s biggest band of the nineties (Oasis) exists only in the form of one album in America. Like the other decades, there are more than 10 great albums, but these are the ones I think are the best. 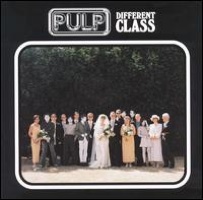 Unlike their Britpop peers, Pulp had been around for a good long time before they finally made it big with Different Class with its big single, “Common People.” Jarvis Cocker became a spokesperson alongside Blur’s Damon Albarn and Oasis’ Noel Gallagher for the new music scene that had swept the UK. Cocker, never comfortable with his position, went into a dark period following Different Class which is documented on their follow-up, This Is Hardcore. 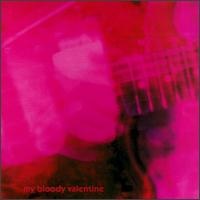 So much has been said about My Bloody Valentine’s brilliant “Loveless” that I just don’t feel it necessary to elaborate farther. Frankly, I wonder if I should have put it higher on this list as I’m sure several of you will find its spot at number nine not high enough for such a great album, and you may be right. 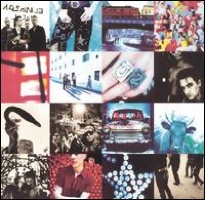 After the mixed reception of Rattle And Hum, the U2 camp was divided over which way to go. Bono and the Edge wanted to pursue a more techno/electronica oriented direction, while Adam Clayton and Larry Mullen Jr. wanted to stay with the sound they were known for. Tension grew to high levels until the Edge came up with the progression for “One,” and the rest is history. One of the all time great sound reinventions in rock and roll history.

7. Automatic For The People R.E.M. Wikipedia 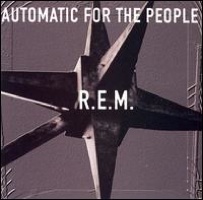 Automatic For The People is considered to be among R.E.M.’s best albums, and certainly their best release of the nineties. Automatic For The People continues the folk/country rock/classical pop themes of the band’s previous albums Green and Out of Time. U2’s Bono called it “the greatest country record never made.” The album had 3 top 40 hits in the US, among them “Man on the Moon,” one of R.E.M.’s biggest hits. 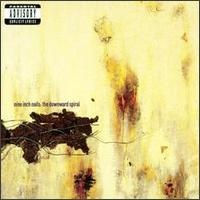 Trent Reznor’s most famous work is also his strangest. The album was recorded in a building whose history is tied to the Manson Family, while his songs make that subject matter seem somewhat tame. Really, is there anyone who doesn’t feel at least a little uncomfortable when they hear Reznor wail, “Your god is dead, and no one cares, if there is a hell, I’ll see you there,”? Certainly not this writer. The Downwards Spiral contains two of rocks most recognizable songs, the lustful “Closer” and the ache of “Hurt.” The latter was famously covered by Johnny Cash, which some say is the definitive version. In either case, the album is a conceptual masterwork. 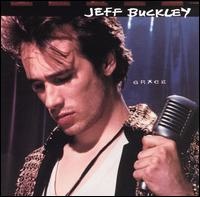 It’s tragic that this is the only album we ever received from Jeff Buckley during his lifetime. Like his famous father (Tim Buckley), Jeff died mysteriously in a swimming incident during the recording of his second album. However, with only one album released during his life time, we got a man who shaped what is the model for modern singer/songwriters. More than just an amazing voice, Jeff’s songs span from Led Zeppelin epics (“Mojo Pin,” “Eternal Life”) to the tenderness of Leonard Cohen’s “Hallelujah,” with Buckley’s version becoming the definitive reading. It’s hard to imagine Radiohead being what they are today without the groundwork of Grace. 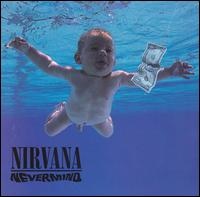 Nevermind is popularly known as the album that brought alternative music into the mainstream. The album with its popular track, “Smells Like Teen Spirit,” certainly opened the door for similar bands to become commercially viable, such as fellow Seattle bands Pearl Jam, Soundgarden, and Alice In Chains. The album contains many of the decades greatest songs, such as the aforementioned “Smells Like Teen Spirit,” “Come As You Are,” “In Bloom,” and “Lithium.” 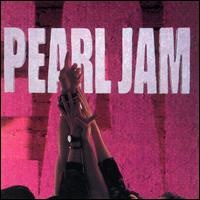 Rarely can a band rock as hard as Hendrix and yet be as lyrically relevant as Pete Townshend. Ten shows that Pearl Jam could do just that. While addressing issues like abortion, depression, suicide, and singer Eddie Vedder’s own checkered past. In the early nineties, it was not the norm for grunge bands to write anthems, but Pearl Jam did so successfully with “Alive” and “Jeremy.” The former deals with (and slightly exaggerates) Eddie’s own discovery that the man whom he thought was his father wasn’t, while the latter deals with a young student’s suicide during an English class. Along with the hard rocking “Evenflow” and “Black,” Pearl Jam became instant favorites in the United States, although they have never been able to find quite the same success in the UK. 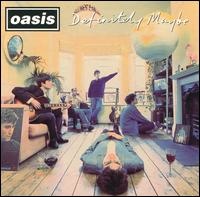 Definitely Maybe is the album the US audience missed, and it is one of the biggest crimes against music. Definitely Maybe is superior to its successor, (What’s The Story) Morning Glory? in every way, yet the only the latter is recognized in the states. The album shows that from the outset, Oasis had a fully developed sound. One needs not go any farther than “Live Forever” to see that the band was the real deal. That song is in many ways a statement of its time as “My Generation” was for the sixties. Great melody, great lyrics, great vocals, everything. But there are also well known songs “Supersonic,” “Shakermaker,” “Rock ‘N’ Roll Star,” “Cigarette’s & Alcohol,” and the beautiful “Slide Away.” For those of you who haven’t heard this album (and I imagine most of my reader’s have not), go get a copy now, even if you didn’t care for Morning Glory. It’s that good. 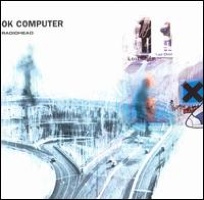 Radiohead went from being presumed one hit wonders due to their grungy hit “Creep” (not to be confused with the mediocre Stone Temple Pilots song of the same name) to being serious contenders with their second album The Bends. Thom Yorke decided he wanted to go even further, and the band reinvented itself for 1997’s OK Computer. Gone are many of the aggressive guitars that defined their sound and in came atmospheric soundscapes. Radiohead had been depressing, but they had never been as nihilistic as OK Computer. Songs like “Karma Police” can make you question morality, however, the lyrics can easily be overlooked when listening to the album. The sound is just so different than anything else before it. It would be cliché to say the album broke down barriers, but it’s true, so much so that it made Kid A possible.