Throughout the history of modern cinema there have been many iconic heroes and villains. Here is a Top 10 list of the baddest movie characters, against whom you wouldn’t have a chance in a fight. One condition though, they have to be human. 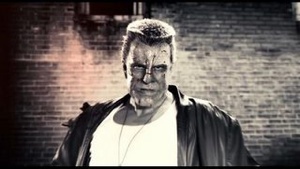 Starting off the list, we have Marv, a famous protagonist from Frank Miller’s graphic novel and film ‘Sin City’. He’s such a badass that he just shrugs off multiple gunshot wounds, being hit by a car, a blow to the head by a sledgehammer and even electrocution. To add insult to injury, he often takes the trench coats of the people he kills. He’s also an incessant drinker with an extremely high alcohol tolerance. Meaning he can probably kick your ass after a few six-packs and a bottle of vodka. 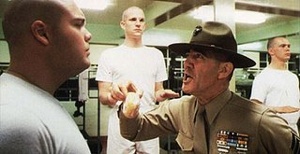 In movies, we see a lot of tough drill instructors. None, however, come close to the badass-ness of Drill Sergeant Hartman from Stanley Kubrick’s masterpiece, ‘Full Metal Jacket’. His hair-raising tirades could very well send someone into insanity, which is exactly what he did to Private Gomer Pyle. He loses some cool points for getting shot by Private Pyle in the bathroom, though.

Dons: a number of medals pinned on his khaki shirt.
Rank: Senior Drill Instructor and Gunnery Sergeant
Badass Quote: “What is your major malfunction, numbnuts? Didn’t Mommy and Daddy show you enough attention when you were a child?” 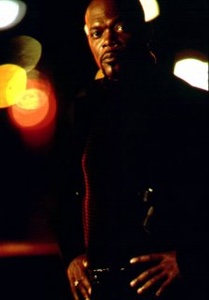 Shaft is one bad motherfucker. How do I know that? The movie’s theme song says so. Delivering memorable one-liners and clearing the scum off Harlem’s streets is all part of the job for this aggressive detective. Shaft is so cool that he can be a badass and a ladies’ man at the same time. Damn, Samuel L. Jackson was born to play this role. At least it’s better than playing the Jedi with the purple lightsaber.

Dons: a leather outfit, fitted with a high-powered shotgun.
Badass Quote: “You wouldn’t know Egyptian cotton if Pharaoh himself gave it to you, you knock-off-wearing motherfucker.” 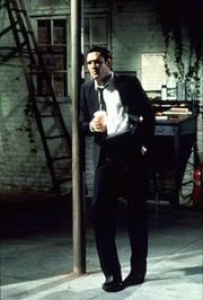 Vic Vega is an iconic character in Quentin Tarantino’s first and very underrated movie, ‘Reservoir Dogs’. He’s so damn badass that just after being released from jail, he decides to team up and go on a jewelry heist. He’s robbing a jewelry store, when the alarm trips. Not even batting an eyelash, Vic stays cool and then threatens the whole store. Most robbers would have been running out of there when they heard the alarm, but he just stays calm and collected. 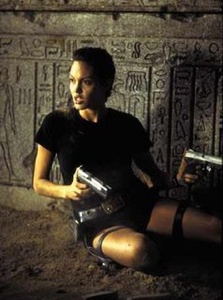 Forget peanut butter and chocolate. Forget Sonny and Cher. It doesn’t get much better than guns and boobs. Lara Croft is one tough chick. She’s strong as hell, she knows how to wield a gun and can climb a pole like no other. It’s not easy to look hot and deadly at the same time, but she easily pulls that off.

Dons: a tight dark shirt and shorts.
Weapon of Choice: two handguns holstered at each hip.
Badass Quote: “Why would I try and cheat you out of anything, now? I need you to get the piece so I can steal it from you later.” 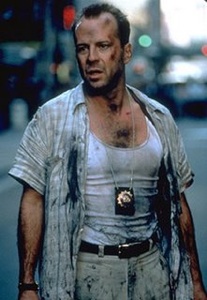 Terrorists’ worst fear, John McClane is one tough dude. Even though most of the ‘Die Hard’ movies sucked, he’s still remembered as that bald guy who somehow foiled four terrorist plots. He’s a 47 year old chain smoking vigilante who’s “two steps away from being a full-fledged alcoholic”, and he can still kick some serious ass. He gives hope to middle-aged men everywhere who, someday, wish to save the world from terrorism. 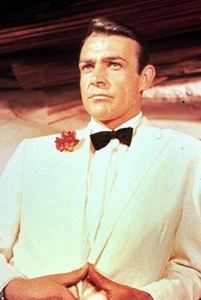 There have been many Bonds in history. There’s ugly Bond, blonde Bond, narcoleptic Bond, the Bond that no one cares about, and then there’s Sean Connery. He was the first and he was the best. If you make fun of his Scottish accent, he will come to your house, seduce all of the women within a ten-mile radius, have sex with them and punch you in the face. Bond is the coolest spy ever. 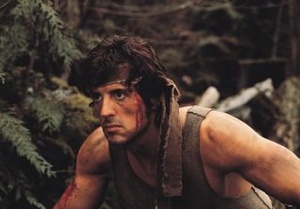 How can one man single-handedly kill hundreds of people armed only with a knife? Yeah, it doesn’t really make much sense, but it makes for some kickass movies. Rambo. The muscle-shirt clad beast has inspired more phrases than any other action hero, and has become a synonym for ‘badass’. According to the Guinness Book of World Records, Rambo III broke the record for the most violent film, with 221 acts of violence and 108 deaths.

Dons: a muscle-shirt, bandana and jeans.
Number of Films: four (Rambo 4 coming out soon).
Badass Quote: “I could have killed ’em all, I could kill you. In town you’re the law, out here it’s me. Don’t push it. Don’t push it or I’ll give you a war you won’t believe. Let it go. Let it go.” 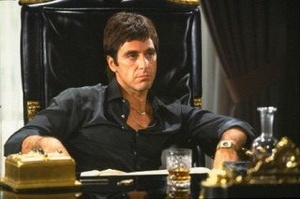 Nobody has inspired people to buy more framed posters and “replica bullets” than Tony Montana. You can’t watch an MTV Cribs episode without seeing at least one over-caffeinated rapper showing off his Scarface poster and DVD. Al Pacino acted the part of a drug dealer beautifully, encompassing the trials and tribulations one must go through to make it big as a mobster.

Background: escaped from Cuba and worked odd jobs until he got involved with a powerful mobster.
Badass Quote: “Say hello to my little friend!” 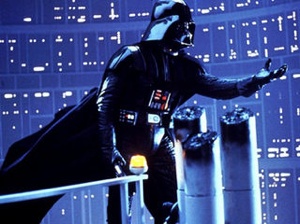 The most badass character ever has to be Darth Vader. The man in black (sorry Johnny Cash) has been featured in four films and is the most powerful character in the Star Wars universe. He took control of half the galaxy and could kill you by snapping his fingers. He does lose some cool points for the ending of Return of the Jedi, when Luke takes off Vader’s helmet and you see his ugly face. Anyway, I bet you he’s using his powers on me right now…

Dons: a big black suit and helmet.
Weapon of Choice: he doesn’t even need a weapon, he’ll kill you with his fucking mind!