There are tons of awesome inventions in sci fi movies and books. Things like faster than light travel, force fields and bionic implants. There are also some things that, on the surface, seem like they would make life easier and simpler. This is a list of sci fi inventions that seem great, but are really more trouble then they are worth. 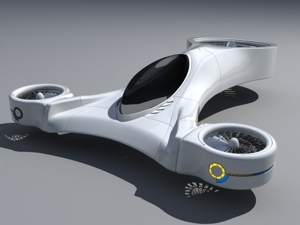 Imagine being stuck in traffic. It sucks right? Now imagine that you could flip a switch, and suddenly your car would begin to rise into the air. You fly over all those suckers stuck in traffic, gloating. Now that you’re flying, imagine running into a tree. Next, imagine getting into a fender bender with another flying car and plummeting toward your death in a flaming heap of twisted metal.

Flying cars would undoubtedly solve a number of problems. The only thing is, they would create a whole new world of problems. To keep from running into every single power line and radio tower we would need to create laws dictating where you could drive. Kind of like creating flying roads. Of course, as soon as you get enough flying cars, you get a traffic jam on the skyways, thus negating the purpose of having a flying car. 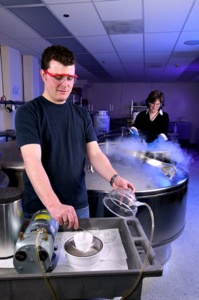 Cryogenic freezing actually exists today. Every year, dozens of people elect to be frozen in the hope that medical advances will progress to the point where they can be thawed and cured of their diseases. Despite obvious risks and expenses, this process has been around for decades.

Now, let’s assume that medical science advances to the point where it is possible to thaw the frozen bodies and heal any diseases which might have occurred. Suddenly, you can just go freeze yourself and thaw yourself at some point in the future. The question is then, what happens to the population when people who would have otherwise died, are brought to life in the future? Talk about overpopulation. 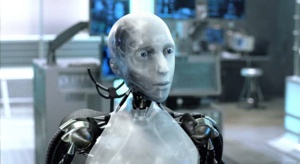 Movies and literature are chock full of robots. It’s quite possibly one of the most cliché objects in sci fi media. Despite this, robots are very real today and AI is not far off. Wouldn’t it be great though, to have a servant who will do anything you ask? Or perhaps a lover who never ages? What about a machine that completely supplants all menial laborers?

The answer is no, it would not be great. AI is a common theme in sci fi and usually it causes more problems than solutions. If you don’t believe me, think about the facts. The current trend is that every two years processors double in speed, halve in size and halve in price. Assuming this trend continues, in 20 years you’ll be able to purchase a computer the size of a postage stamp that’s smarter than the human brain, for about $1. Now who’s the superior species?

7. Prediction of the future 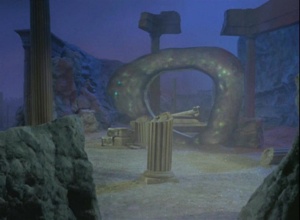 Wouldn’t it be great to stop murders before they happened? How about wars? What about knowing next week’s lotto numbers? Worthwhile goals, all of them. And entirely within reach with a time viewing machine. Imagine how many problems would be solved. No more war, famine or pestilence. The complete utilitarian society, right?

Wrong. So let’s say, hypothetically speaking, that the US has a time viewing machine; this machine then predicts that China is going to attack Los Angeles. To prevent this from happening, the US issues a preemptive strike, thus starting a war in which China launches a missile headed straight for California. Thus becoming a self-fulfilling prophecy. This is true of any major man made catastrophe. 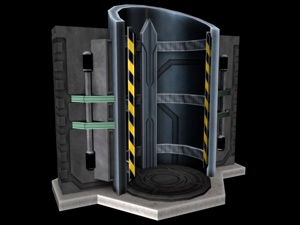 Imagine a world where you can travel to New Zealand on Saturday, then stop over in Denmark for quick visit on Sunday, before you have to be to work on Monday. No longer do we have to use precious fossil fuel to travel. Terrorism in travel is a thing of the past. Until a terrorist teleports a bomb into the White House.

First, let’s assume that there is some sort of safety protocol in place to prevent things like that from happening. Technically, a teleporter breaks down all of the atoms in your body and sends them to the destination, where they are then reconstructed. The only problem with this is the actual transmission of the atoms. That’s where information age comes in. It makes far more sense to just transmit the blueprints of your atomic structure to a reconstruction device. Essentially, a teleporter is just a fax machine. The problem arises in the early use of such devices. Have you ever made a copy of a copy of a copy? Even using the highest quality copy machine, the quality degenerates rapidly. At first, it might not be noticeable. What are a few atoms from a hair? Or a fingernail? Or your heart? We’re not sure what even the smallest change in your atomic structure would do. 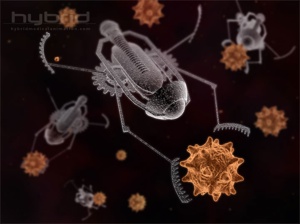 Cancer has been cured! The human lifespan numbers in the centuries. All degenerative diseases have ceased to exist. Major injuries heal within seconds. Recreational drug use no longer has any negative effects. Hangovers are a thing of the past.
Nanobots have cured the world. These self replicating robots are now injected into everyone as a natural immunization. To describe the horrors of these machines, here’s a quote from Eric Drexler’s book Engines of Creation:

Imagine such a replicator floating in a bottle of chemicals, making copies of itself….the first replicator assembles a copy in one thousand seconds, the two replicators then build two more in the next thousand seconds, the four build another four, and the eight build another eight. At the end of ten hours, there are not thirty-six new replicators, but over 68 billion. In less than a day, they would weigh a ton; in less than two days, they would outweigh the Earth; in another four hours, they would exceed the mass of the Sun and all the planets combined – if the bottle of chemicals hadn’t run dry long before.

Part of the appeal of nanobots is that only a few need be injected and they can replicate in the human body. This also describes the danger. To put it succinctly: We are the Borg. Lower your shields. Your biological and technological distinctiveness will be added to our own. Resistance if futile! 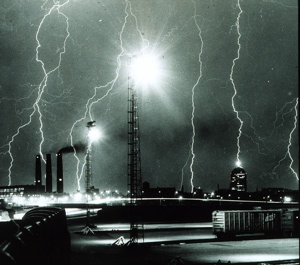 Welcome to the future. Global hunger has been solved. The world community lives in utopian tranquility without hurricanes, tornadoes or floods. The human race can now turn its gaze to more worthwhile things like space travel and beer.
The problem with weather control arises when we unleash specific weather on delicate ecosystems which cannot exist except under certain conditions. If this hurdle is overcome there is no reason we shouldn’t have a weather control device. Until it breaks. Then a world lulled into complacency by good weather is suddenly thrown into a natural disaster. Or, in a worst case scenario, a hostile foreign power takes over our weather control devices and unleashes storms of unimaginable power and magnitude against us. Perfect humans. Engineered from before birth to be the best of the best. What could be better than having the perfect child, with no possible risk of inherited flaws? All without the use of those messy nanobots. I think the movie Gattaca (1997) says it best:

We want to give your child the best possible start. Believe me, we have enough imperfection built in already. Your child doesn’t need any more additional burdens. Keep in mind, this child is still you. Simply, the best, of you. You could conceive naturally a thousand times and never get such a result.

The danger arises not from any physical aspect of genetic engineering, but rather the social aspects. When you begin to breed perfect humans, you create an entirely new social class. Bringing discrimination to new levels, the class you belong to will not be determined by social status, income or the color of your skin, rather, the build of your genes. 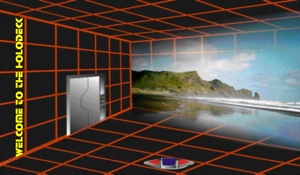 After a stressful day at work, what could be more relaxing than coming home and relaxing in a nice peaceful meadow? Perhaps going for a relaxing drive in your flying car? With a holodeck, you can go anywhere, be anyone, or do anything. With the way videogames are heading, holodecks are not too far off. Imagine that you can have anything you want. Any fantasy you have is possible. And there is the danger. Replicators are the solution to nearly every problem the world has. Imagine no more world hunger. No longer is there any energy crisis. Never again will there be a shortage of medical supplies. The perfect world where you can have anything you want.

Until the complete and utter collapse of society. You see, the replicator would make work obsolete. There would be no need for money. As a matter of fact, you would only need one large replicator and you could replicate another one. You could make anything from fresh pizza to a molecule-for-molecule exact reproduction of the Hope Diamond. The last day of the world will come when anybody can make anything. Though not actually possible, time travel would create incalculable problems. Imagine going back in time and you meet a nice girl and take her out and things happen and you go back to your time and nine months later, she gives birth to your father. You kind of have to ask yourself, “What?”
The slightest change in the past would create ripples into the future. Only you would know about those ripples, because to everyone else, that’s just the way history turned out. Then let’s say you go into the future and copy the blueprints for some fantastic machine like a replicator. You bring it back to your time and invent it and somewhere along the line some knave steals your blueprints. Oh wait! That knave was you! It just doesn’t work.