The single largest product recall in U.S. history occurred recently when Takata Corporation recalled millions of defective air bags. No matter how large that recall was though, it was just one of thousands of recalls that are monitored each year by organizations such as USDA and CPSC. Most recalls are reasonable or even predictable, such as when spoiled food is recalled to protect consumer health. Sometimes, however, the reasons for recalls are so unexpected that they delve into the realm of the shocking and bizarre. 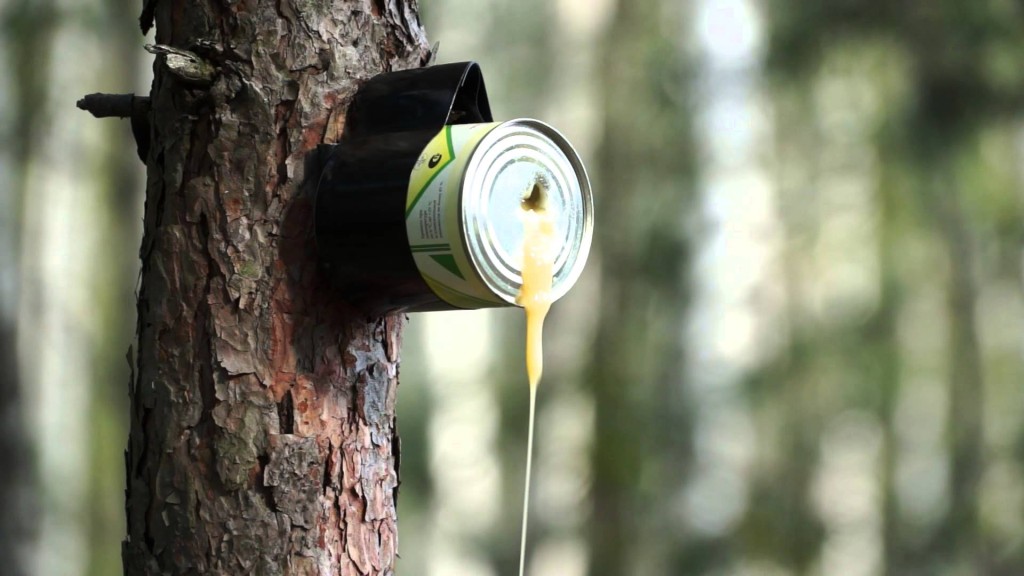 In 1978, a cookbook named Woman’s Day Crockery Cuisine was released in the U.S. Despite the fact that all of the book’s recipes underwent thorough testing before publication, an employee at the publishing company eventually found a significant flaw in one of the recipes. Specifically, anyone who followed the book’s steps for making Silky Caramel Slices would be greeted by a violently exploding slow cooker.

The publisher stated that a simple typo was to blame: water was a crucial ingredient in one step but was apparently omitted from the instructions. Instead, the recipe instructed chefs to cook an unopened can of condensed milk for four hours over high heat, building up dangerous pressure inside the can until it exploded. The publisher recalled all unsold copies of the book and instructed consumers who already purchased the book to cross out the recipe. Luckily, no one was hurt by this dangerous dessert recipe. Within the next decade, humanity is expected to completely eradicate wild polio viruses from existence. Despite the success of this eradication process, early polio vaccines were sometimes very problematic, and these problems are perhaps best illustrated by what is ominously known as The Cutter Incident.

In 1955, Cutter Laboratories produced a polio vaccine that was supposed to contain an inactivated form of polio. However, over 100,000 doses of the vaccine actually contained live, deadly polio viruses. When this fact was discovered, a complete recall was initiated, but the devastation had already begun. Over 200,000 people were eventually infected with the virus from the vaccine, nearly 200 children became at least partially paralyzed, and ten people died. Among the devastation was at least one cause for optimism: a lawsuit against Cutter Laboratories set a legal precedent that began holding manufacturers of defective drugs to a higher degree of responsibility for any harm they cause. 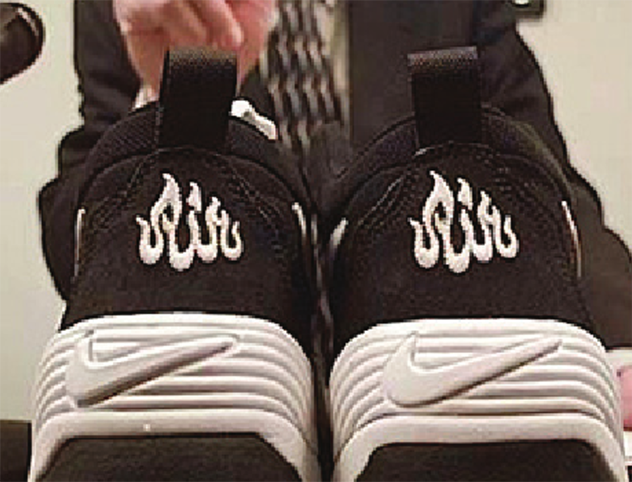 Nike has been the world’s dominant basketball shoe maker for decades, with its shoe sales regularly outpacing the sales from rival companies. In 1997, however, Nike experienced unexpected backlash regarding their newest Air Max shoes. The Air logo stitched into the shoes was meant to look like a flame, but some people thought that it looked like the Arabic script for “Allah,” which is the name for God according to Muslims.

The executive director of the Council on American-Islamic Relations condemned the shoes, saying that it was disrespectful to have the name of God written on shoes that could get sweaty, dirty, or muddy. Others were even hoping for a boycott of the shoes. In response, Nike recalled the sneakers, the first time Nike had ever recalled a product. In order to regain its good standing with the Islamic council, Nike also donated playgrounds to three Islamic communities throughout the U.S. and provided its shoe designers with training in Islamic imagery. The Air Max shoes were later reintroduced with a different, less offensive logo, and the Air moniker is still in use today. 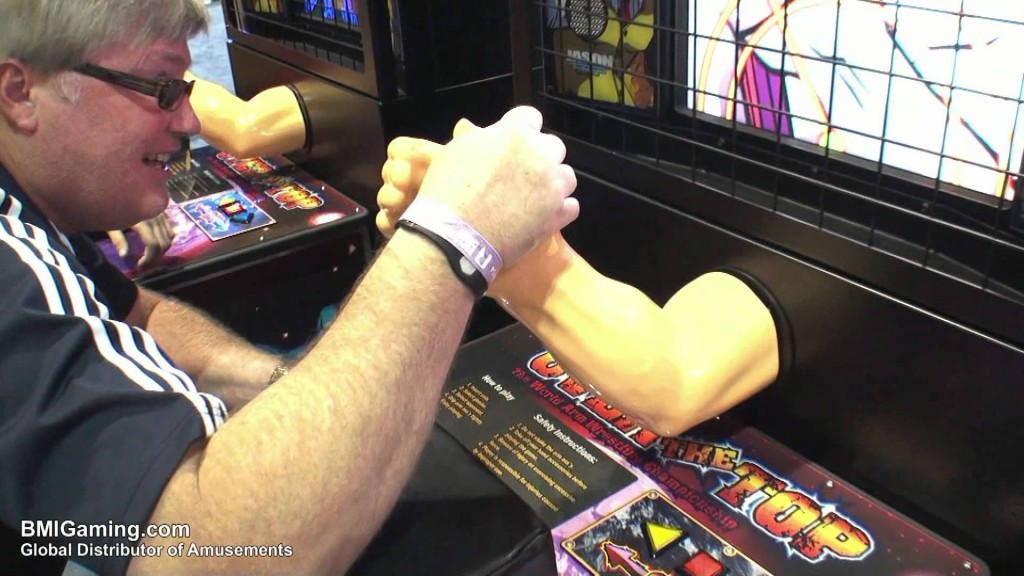 In 2007, the arm-wrestling video game Arm Spirit was introduced in Japanese arcades. The game itself had a fairly unique premise: players sat down and literally arm-wrestled a robotic arm. The mechanical appendage represented various comical characters that were shown on the arcade screen, and the strength of the robotic arm depended on the on-screen opponent. Unfortunately, the appendage was perhaps a bit too strong, and three players broke their arms while playing the game.

How did Atlus, the game’s developer, respond to initial reports of the injuries? Not too sympathetically, actually. A spokeswoman claimed that the machines weren’t very strong, that “even women should be able to beat [the game],” and that perhaps overexcited players broke their arms while twisting them in unnatural positions. As a precaution, however, the company recalled all 150 of the arcade cabinets that were in circulation at the time. With that game no longer terrorizing children, modern arcade-goers luckily only need to be concerned with less dangerous things like out-of-control vehicles crashing through arcade lobbies. 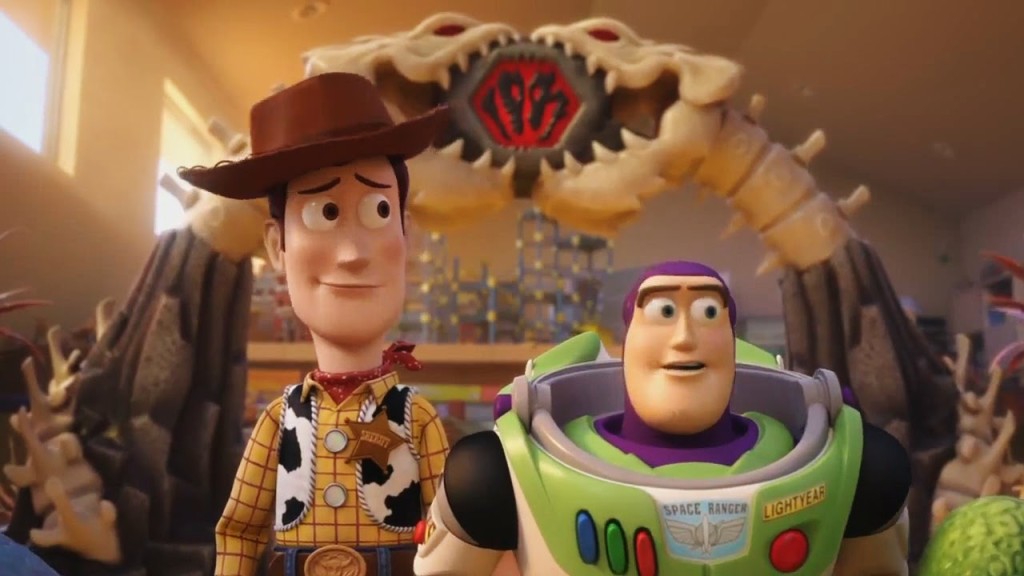 In October of 2000, the critically acclaimed movie Toy Story 2 was released on DVD, much to the joy of millions of children. There was at least one mother who was unhappy with the release of the movie, however, when she discovered that her copy of the DVD would spontaneously begin playing the movie High Fidelity. Unfortunately for her, High Fidelity is a mature romantic comedy, and the scenes that the disc erroneously played exposed her sons to very foul language, including the dreaded F-word.

When further complaints surfaced and the story received national attention, Disney had no choice but to respond. The company quickly claimed that an unspecified “duplication error” had occurred during the manufacturing process and that only a small portion of the discs were affected. Indeed, only about 1,000 discs were ultimately recalled, all from U.S. Costco stores. In spite of any bad publicity caused by this incident, sales of the movie weren’t affected too badly: Toy Story 2 still went on to sell millions of copies. 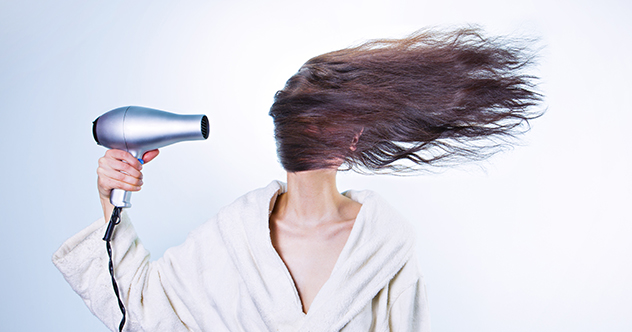 Most people didn’t fully appreciate the dangers of asbestos until the middle to late 20th century, by which time the number of products containing the deadly mineral was rapidly increasing across the globe. In 1979, an investigation by U.S. television station WRC-TV and the Environmental Defense Fund confirmed one more consumer product containing potentially dangerous levels of asbestos: hand-held hair dryers.

Hair dryers at the time commonly used asbestos in their heat shield insulation. This type of use exposed the asbestos to the dryer’s hot air flow and could generate airborne asbestos concentrations of up to 110,000 fibers per cubic meter (3,100 fibers per cubic foot). None of the companies that made the dryers would initially admit to any dangers, but all of the dryers were nonetheless recalled after the companies met with the U.S.’s Consumer Product Safety Commission (CPSC). Soon after the recall, an overwhelmed CPSC answered up to 2,500 phone calls per day about the hair dryers and rejected an additional 6,000 calls per hour, simply because they didn’t have enough phone operators. After all this time though, only a fraction of the estimated 10-11 million affected hair dryers were ultimately returned, and it is unknown how many of the asbestos-filled models are still being used today. 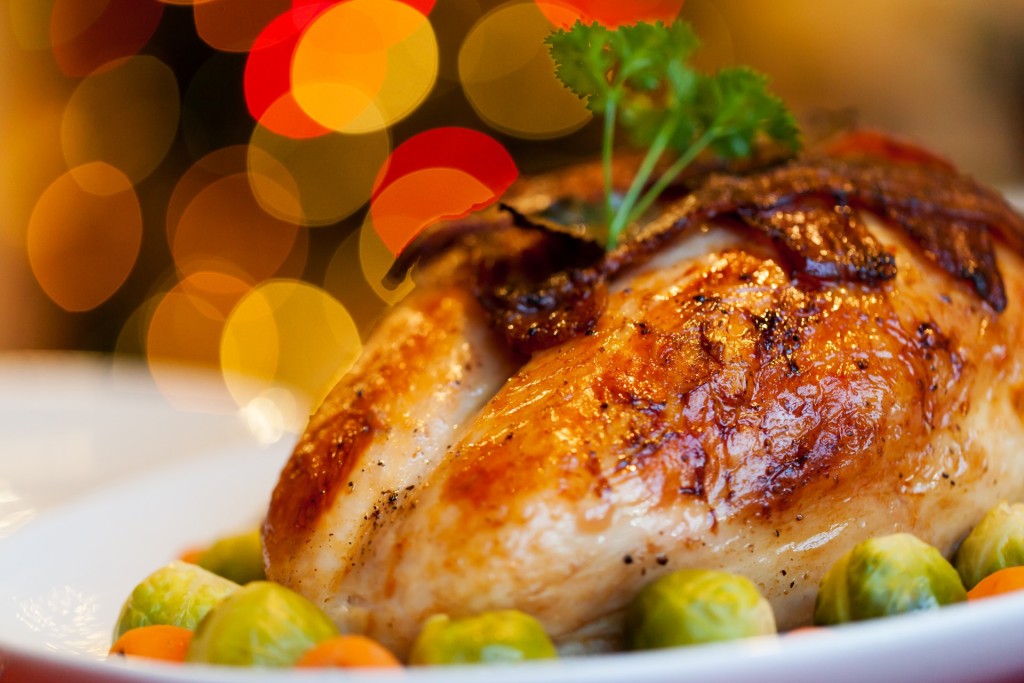 The American holiday Thanksgiving is closely associated with many things, including long parades, family gatherings, and large meals with lots of turkey. Given the holiday’s association with abundant food, it shouldn’t be too surprising when Thanksgiving food is recalled each year. In 1991 though, what definitely surprised consumers in nine U.S. states was the reason that their turkeys were recalled: stenches emanating from the turkeys were simply unbearable.

Apparently the turkeys had been exposed to abnormally high temperatures during processing or distribution. These temperatures didn’t make the turkey unsafe to eat, but they did allow just enough meat decay to occur that the turkeys started to smell strongly like rotten eggs. In the days leading up to Thanksgiving, the company had received enough complaints about the repulsive odor that they initiated a recall. 70,000 turkeys were returned in all, which costed the company substantial money but ensured consumers that they could at least eat a Thanksgiving turkey whose smell wouldn’t make them gag.

3A Rock CD Is Too Loud 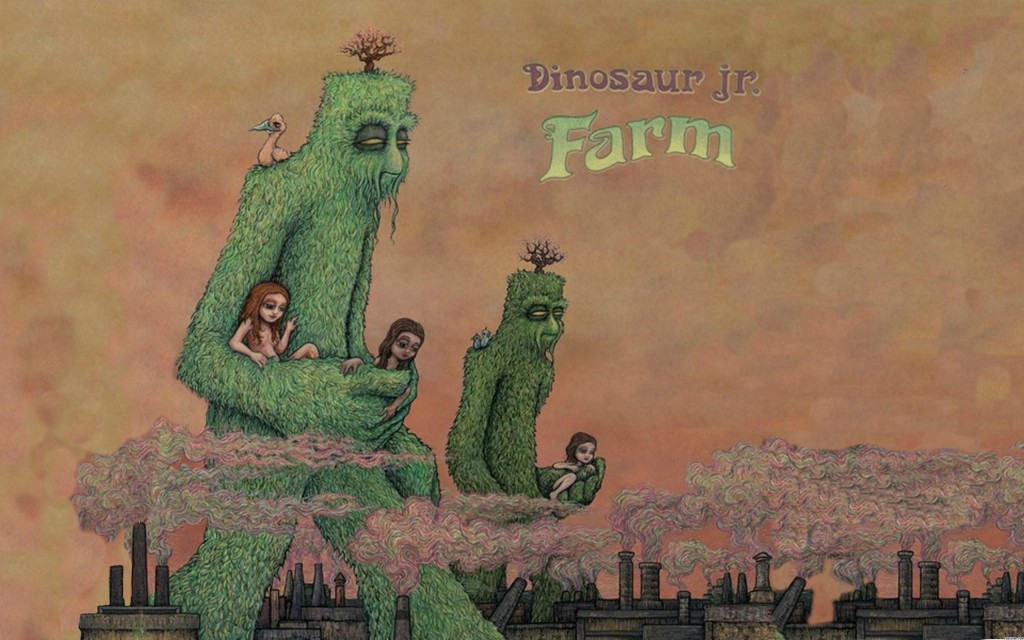 The indie rock band Dinosaur Jr. is perhaps most well-known for being an influential force on ’90s alternative rock music. Many fans were disappointed when they broke up in 1997, but the band finally reunited in 2005 and began releasing new music again. Among the albums released after their reunion was one simply titled Farm, but some European copies of the album had a problem so severe that an entire recall was initiated: the music was just too darn loud.

While one might think rock music and loudness go hand in hand, the band felt that the excessive volume was too much and stated that a software program had inadvertently doubled the sound layers while making the album. The error produced a three decibel increase in sound, which wasn’t enough to harm a listener’s ears, but the resulting mix simply wasn’t what the band intended. To make amends with their fans, the band allowed anyone who bought the erroneous CD to receive a free replacement disc and a bonus Dinosaur Jr. ringtone. 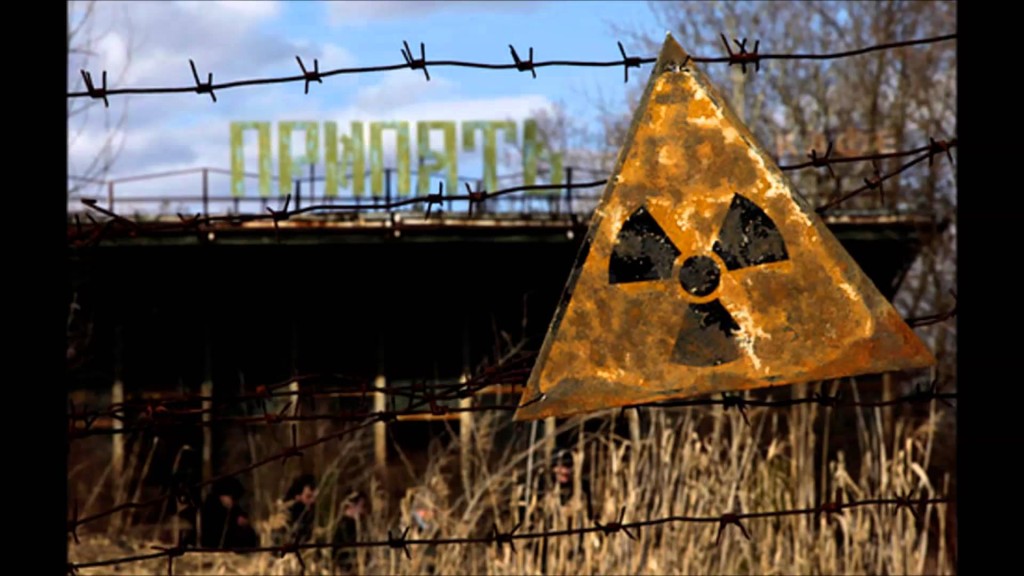 Food products commonly contain trace amounts of contaminants, but this low level of contamination is often only harmful to human health after repeated, long-term exposure. In fact, many foods contain measurable levels of radioactivity, yet these foods are still entirely safe to eat. One case where radioactive food contamination was decidedly unsafe occurred in 1986, when the Chernobyl nuclear plant disaster may have contaminated nearby food.

Not long after the disaster, the Philippine Health Ministry recalled two powdered milk products from store shelves. These products contained up to five times the allowed level of certain radioactive cesium isotopes. Though reports at the time couldn’t verify with 100% certainty that the Chernobyl incident caused the elevated contamination levels, the implication that it did was clear. No agency was willing to risk another health and public relations nightmare so soon after the Chernobyl incident, and over 200,000 cans of the powdered milk were recalled. Luckily, no one was known to have been harmed by the contaminated milk. 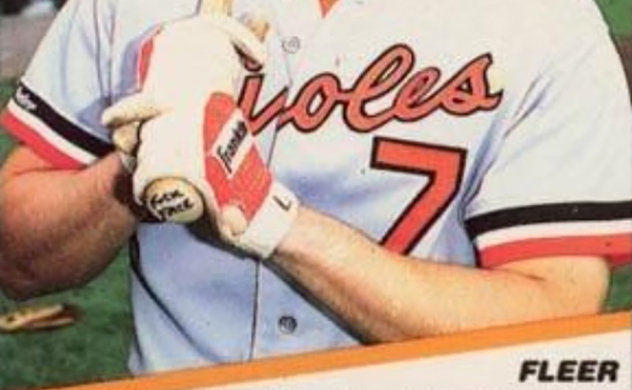 The history of recalled collectible sports cards is often pretty mundane. Recalls have happened, for example, because cards were merely exposed to too much UV light. In 1989 though, an unexpected and shocking recall was made for a Billy Ripken baseball card, because the bat Billy was holding on the card clearly had the words “F – – K FACE” written on it.

Fleer Corporation, who produced the card, immediately issued a recall, but by then the card had become a huge collectible phenomenon. Individual cards were selling for up to $200 apiece. Collectors were even buying unopened Fleer boxes at double their retail price in hopes of finding the card. Billy initially claimed that he was a victim of a prank. Later, he confessed to writing the words on the bat but maintained that he didn’t intend to use that particular bat for the card. In fact, he even suggested that Fleer had noticed the words and enhanced the obscenity’s appearance to create a sensation.