This list is in response to all the suggestions in the comments on the Top 10 Sci Fi Inventions that Shouldn’t be Invented. While there are tons of inventions that have various dangerous aspects there are many that would benefit the human race with hardly any dangers. 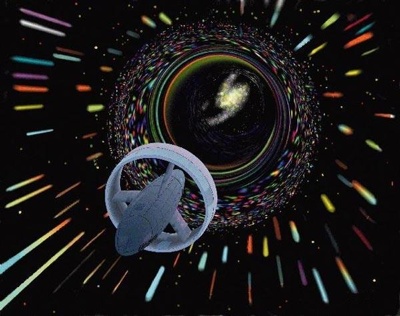 Interstellar space travel is unmanned or manned travel between stars. The concept of interstellar travel in starships is a staple in science fiction. Interstellar travel is tremendously more difficult than interplanetary travel due to the vastly larger distances involved. Imagine being able to travel to distant worlds, discover new horizons and colonize space, all in the blink of an eye.

Can it be done? The NASA Breakthrough Propulsion Physics Project identified two breakthroughs which are needed for interstellar travel to be possible:

A method of propulsion able to reach the maximum speed which it is possible to attain
A new method of on-board energy production which would power those devices. [Wikipedia] 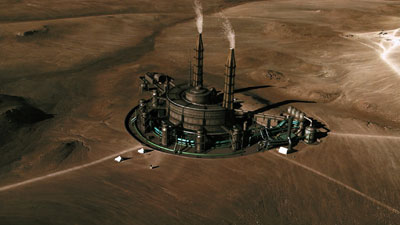 Terraforming (literally, “Earth-shaping) is the hypothetical process of deliberately modifying its atmosphere, temperature, surface topography or ecology to be similar to those of Earth in order to make it habitable by humans. This must become a reality if there is to ever be interstellar colonization. But isn’t the ultimate dream for humans to propagate and colonize the entire galaxy?

Ecosynthesis. This is a term used to describe the use of introduced species to fill niches in a disrupted environment, with the aim of increasing the speed of ecological restoration.

Paraterraforming: This is the construction of a habitable enclosure on a planet which eventually grows to encompass most of the planet’s usable area. [Wikipedia] 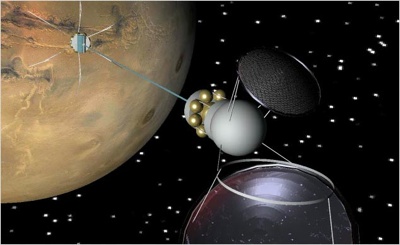 A space elevator is a proposed structure designed to transport material from a celestial body’s surface into space. The term most often refers to a structure that reaches from the surface of the Earth to geosynchronous orbit (GSO) and a counter-mass beyond. This device would facilitate construction in space, launching of satellites and space travel (via the “slingshot effect”).

Can it be done? Absolutely. The most common theory is a tether, usually in the form of a cable or ribbon, spanning from the surface near the equator to a point beyond geosynchronous orbit. As the planet rotates, the inertia at the end of the tether counteracts gravity, and also keeps the cable taut. Vehicles can then climb the tether and reach orbit without the use of rocket propulsion. [Wikipedia] 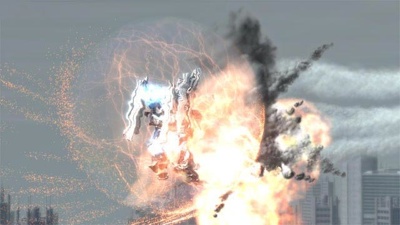 Typically, energy shields are some form of force field designed to protect against weapons or elements by deflecting or absorbing their impact. The field is projected along the surface of, or into the space around an object. They usually work by absorbing or dissipating the energy of the incoming attack; prolonged exposure to such attacks weakens the shield and eventually results in the shield’s collapse, making the protected area vulnerable to attack.

Can it be done? This one is a toughie. Scientists are toying with the possibility, but a number of obstacles must be overcome before it could ever be conceived.

Energy. The cost of the projection of such a shield would be phenomenal, to say the least.
Technology. It all comes down to projecting energy into a solid form. Once we can do that, the rest is history. [Wikipedia] 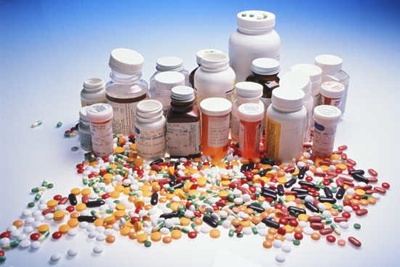 The panacea is a remedy that would cure all diseases, and prolong life. It is the ultimate cure for cancer, aids, viruses, everything. For millennia it has been thought of as simply a pipe dream, but as medical science advances the idea of a panacea is coming far closer to reality.

Can it be done? In theory, yes. The advances of medical science in genetics (specifically the interplay of inherited genes and the environment), and the immune system are lending more credibility to this idea every year. It is certainly imaginable within the lifetime of the current generation. [Wikipedia] 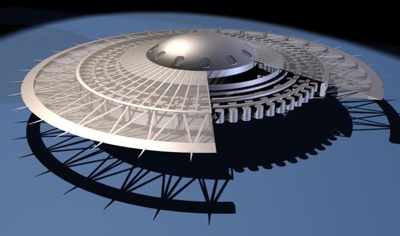 Antigravity is the idea of creating a place or object that is free from the force of gravity. It does not refer to countering the gravitational force by an opposing force of a different nature, as a helium balloon does; instead, anti-gravity requires that the fundamental causes of the force of gravity be made either not present or not applicable to the place or object through some kind of technological intervention. The practical applications of antigravity range from reduced transportation costs, to gravity manipulation in space.

Can it be done? The short answer to this one is no. However, there are theories that seem to indicate the existence, or at least possibility of antigravity. One of the most common is the Biefeld-Brown effect. This effect is not technically antigravity, however it duplicates the effects. Basically, a cloud of positively charged ions are attracted to a negative smooth electrode, where they are neutralized again. In the process, thousands of impacts occur between these charged ions and the neutral air molecules in the air gap, causing a transfer in momentum between the two, which creates a net directional force on the electrode setup. [Wikipedia] 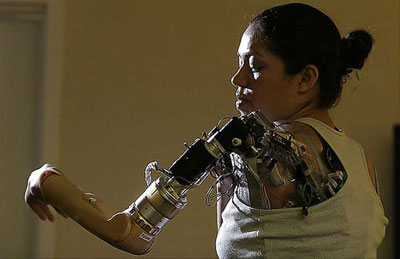 Bionics is a term which refers to flow of ideas from biology to engineering and vice versa. Hence, there are two slightly different points of view regarding the meaning of the word.

In medicine, Bionics means the replacement or enhancement of organs or other body parts by mechanical versions. Bionic implants differ from mere prostheses by mimicking the original function very closely, or even surpassing it.

In technology, Bionics refers to the development of specific technologies which mimic biological adaptation to the environment. Examples include a ships hull that mimics the thick skin of a dolphin, or sonar, radar, and medical ultrasound imaging imitating the echolocation of bats. 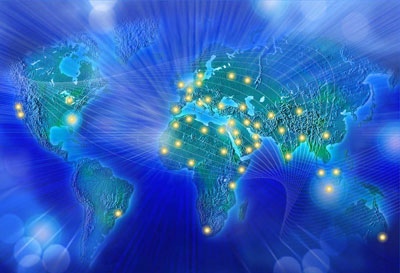 Municipal Wi-Fi is the concept of turning an entire city into a Wireless Access Zone, with the ultimate goal of making wireless access to the Internet a universal service. This is usually done by providing municipal broadband via Wi-Fi to large parts or all of a municipal area by deploying a wireless mesh network. The typical deployment design uses hundreds of routers deployed outdoors, often on utility poles. The operator of the network acts as a wireless internet service provider.

Can it be done? Actually, this technology already exists in many cities throughout the world. However, it is not common enough to be considered mainstream. Usually, a private firm works closely with local government to construct such a network and operate it. Financing is usually shared by both the private firm and the municipal government. Once operational, the service may be free, supported by advertising, provided for a monthly charge per user or some combination. [Wikipedia] 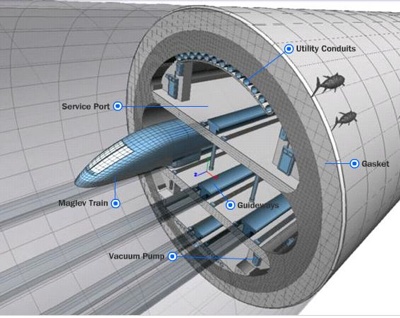 A transatlantic tunnel is a theoretical tunnel which would span the Atlantic Ocean between North America and Europe and would carry mass transit of some type—trains are envisioned in most proposals. Using advanced technologies, speeds of 300 to 5,000 mph (500 to 8,000 km/h) are envisioned. The implications of such a tunnel are massive. Imagine being able to go from New York to London in less than an hour. Or shipping goods overseas at a fraction of the cost and time.

Can it be done? Plans for such a tunnel have not progressed beyond the conceptual stage, and no one is actively pursuing such a project. The main barriers to constructing such a tunnel are cost—as much as $12 trillion—and the limits of current materials science. A Transatlantic Tunnel would be 215 times longer than the longest current tunnel and would cost perhaps 3000 times as much. [Wikipedia] 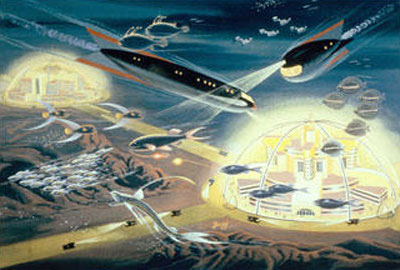 Ocean colonization is the theory and practice of permanent human settlement of oceans. Such settlements may float on the surface of the water, or be secured to the ocean floor, or exist in an intermediate position. Advantages of ocean colonization include the expansion of livable area and expanded resource access. Many lessons learned from ocean colonization will likely prove applicable to space colonization. The ocean may prove simpler to colonize than space and thus occur first, providing a proving ground for the latter.

Can it be done? Yes, but the economic realities must be considered. To become self-sustaining, the colony must aim to produce output of a kind which holds a comparative advantage by occurring on the ocean. While it can save the cost of acquiring land, building a floating structure that survives in the open ocean has its own costs. One of the most realistic possibilities is the export of electricity from tidal energy. [Wikipedia]