It is tempting to think life in the 21st century is a world away from the 1800s, but despite the communication revolution that we are all living through, we still owe much of our daily life to the inventions of back then. More modern amenities than you might think first showed up during the 19th century, particularly the Victorian era.

People in the 1800s were endlessly inventive and inquisitive and constantly tried to expand their knowledge and improve their society. And while it’s true that not all of their inventions were thought through particularly well, there are some that were just so good that we’re still using them today. Here are ten of them. 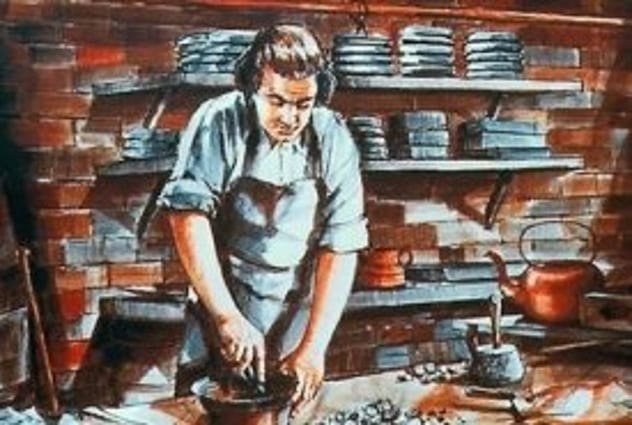 Though we may think of cement as a modern building material, it has a long history dating back to the building of the pyramids, where they mixed a rudimentary form of concrete to make mortar. The ancient Romans used a similar material in the building of the Colosseum.

But the concrete industry really took off with the invention of Portland Cement in 1824. Portland cement is the main ingredient of modern concrete, which is then mixed with sand and rock to form a hard but malleable mixture. Joseph Aspdin was an English bricklayer who made the first Portland cement by burning powdered limestone and clay in his kitchen stove, producing a powder that could be mixed with water.[1]

Concrete is easily transportable (when compared with chunks of rock), immensely strong, and can be poured into hard-to-reach places. In Victorian times, concrete was used mainly for road-building and heavy industry, though it was occasionally used to build houses. 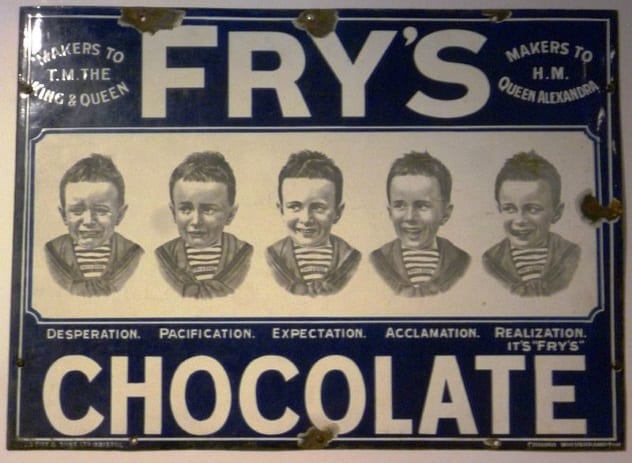 Although cacao has been used in the Americas for thousands of years, chocolate as we know it today came about in the 19th century. Some progress had been made in the process by Coenraad Johannes van Houten in 1828, when he invented the cocoa press, which could squeeze the cocoa butter from the roasted beans, but it wasn’t until 1847 that Joseph Fry created the first solid, edible chocolate bar using cocoa butter, cocoa powder, and sugar.[2]

He added extra cocoa butter to the pressed beans, which allowed the chocolate to set in a convenient bar shape. The process was perfected further in 1875, when Daniel Peter and Henri Nestle added condensed milk to create the first milk chocolate bar. Chocolate has become one of the most successful products on the planet and has been instrumental in the formation of several other industries—such as the diet industry. 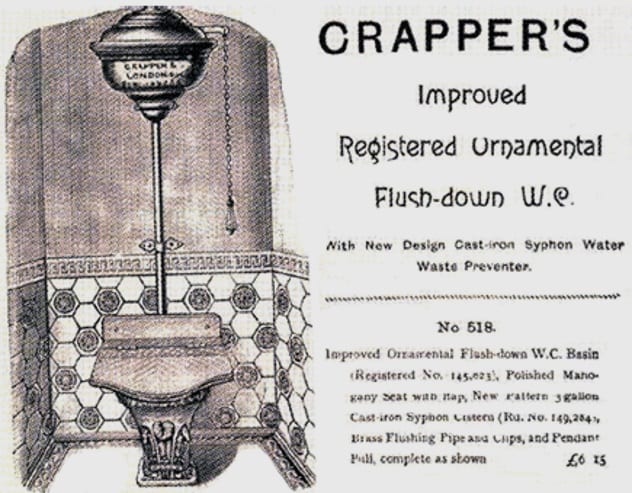 Okay, we’ve always had toilets in some form or other, and sometimes, they were surprisingly sophisticated. The Indus Valley Civilization in Bronze Age Asia, for example, had a network of sewers beneath the streets into which toilets emptied with water. Similar systems were found during excavations of the Minoan civilization in Crete.

The cistern toilet, combined with the s-bend waste disposal, was a winner, and shrewd businessmen like Thomas Crapper (who did not, in fact, invent the toilet) were soon marketing the new water closets to people who could afford them, along with toilet paper (invented in the US in 1857). Coin-operated locks for public toilets were invented in 1892. They always find a way to monetize. 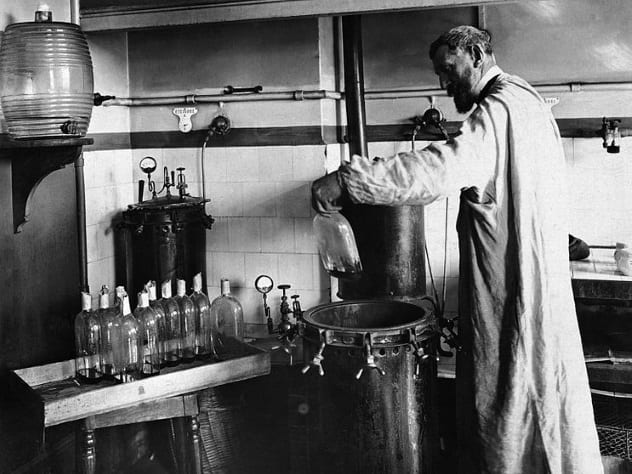 In 1856, Louis Pasteur was commissioned by an alcohol manufacturer to find out what caused their alcohol to turn sour. It was thought, at that time, that fermentation was a purely chemical process, but Pasteur discovered that yeast was a living organism. This work led to his germ theory of fermentation.[4]

Pasteur discovered that microbes were killed off when heated at a specific rate, and this led him to work on the preservation of wine and canned foods. He was able to determine the temperature and the length of time food needed to be heated in order to kill off microbes. He called his patented process pasteurization.

It wasn’t until the late 1800s that the process was used for milk. Milk was known to be a common carrier for tuberculosis (TB), and incidences of TB fell sharply after its introduction. Milk was heated to 72 degrees Celsius (161 °F) for 15 to 20 seconds to make it safe. It is illegal to sell unpasteurized milk in many countries, although some farmers still drink raw milk on their farms, leading to that other well-known invention, the stomach pump. 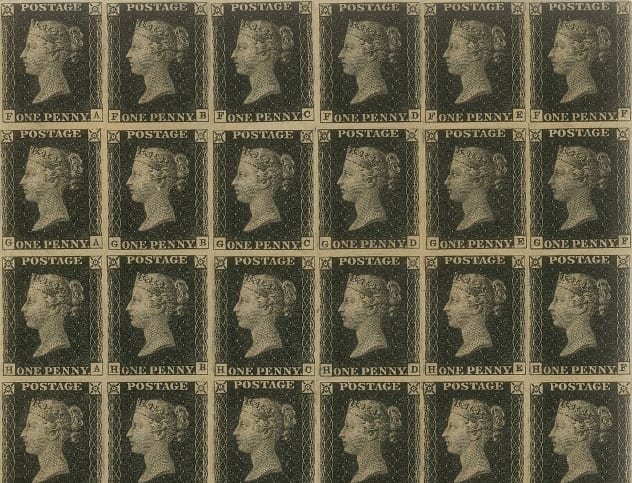 Although the traditional postal system has been on the decline, it is still a highly efficient system that transports millions of pieces of mail around the world every day.

Before the mail system we know today, postage was calculated not by the weight of the letter but by the number of miles it traveled and how many sheets it was, and the cost was borne by the recipient, meaning that many letters, mainly bills, went undelivered.

The Uniform Penny Post was established in England in 1840, with the famous Penny Black stamp being the first-ever adhesive postage stamp. The number of letters being sent (and more importantly delivered) doubled overnight. In 1839, around 76 million letters were sent. In 1840, it rose to 169 million, and by the time Queen Victoria died in 1901, well over two billion letters and postcards were being sent every year.[5]

A similar service was introduced in the United States in 1847, and the rest of the world followed. The postal system was so well-used that in London, you could expect to receive a postal delivery up to 12 times a day, and customers complained if mail took longer than a few hours to arrive. However, the cheap postal system also encouraged some less welcome innovations. Also invented during the Victorian era were junk mail, begging letters, and mail fraud. 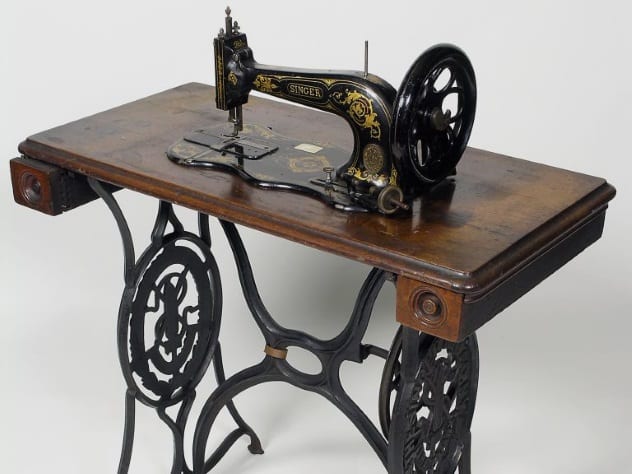 The sewing machine was the original home appliance and, as such, was revolutionary, bringing the technology of the Industrial Revolution into the home. The earliest sewing machine patent dates back to 1755, and an 1830 patent by Barthelemy Thimonnier in France caused a riot by tailors, who, fearful for their livelihoods, destroyed the machines. Further attempts followed until Isaac Merritt Singer perfected the design and began producing his own machines. In 1860, he sold 110,000 machines in the United States alone. The basic design has remained unchanged ever since.[6]

The Singer Company was one of America’s first multinational companies. Domestic sewing machines cost about one fourth of the annual average wage, but they were selling as fast as they could be made. By the time Singer died in 1875, his company was making a profit of $22 million a year, a staggering amount for the time. This profit was possibly the result of Singer’s other “great” invention—the payment plan, which allowed customers to pay for their machines in installments. 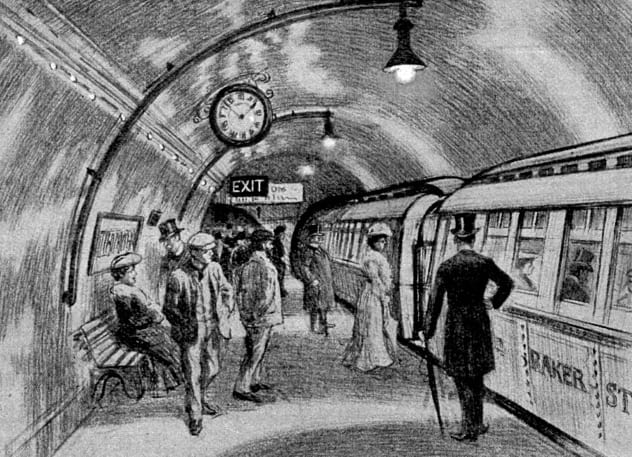 The subway (aka the tube, the underground, and the metro), is a genius system for quickly transporting large numbers of people across heavily urbanized areas.

Some early underground railways used conventional steam locomotives. In 1866, work began in London on the first “tube” line, using tunnels deep enough to avoid interfering with building foundations and using electricity to power the lines. The tube opened for business in 1890, charging twopence for any journey along the 5-kilometer (3-mi) line. Almost immediately, more lines were built.[7] 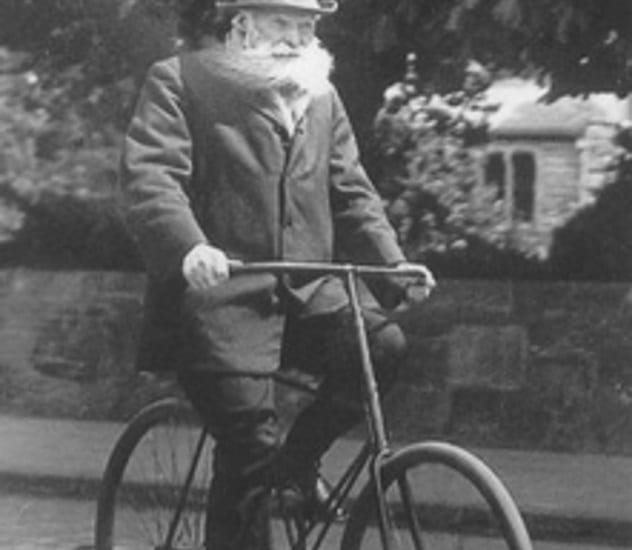 The pneumatic tire was first patented by Robert William Thomson in 1845 (or 1847, depending on who you ask), some four decades before it was reinvented by John Dunlop. Thomson called his invention the “aerial wheel.” However, at this time, there were few automobiles or bicycles, so the invention seemed rather pointless and never went into production.

By the time Dunlop reinvented the wheel, as it were, and re-patented the pneumatic rubber tire, the bicycle was ubiquitous, and his tires would soon be seen everywhere on streets around the world.[8]

Filling a rubber tube with air counteracted the bone-shaking effect that cycling on wooden wheels had created, and the process has barely changed since. The emergence of the automobile industry made the pneumatic tire one of the most useful inventions in the world. 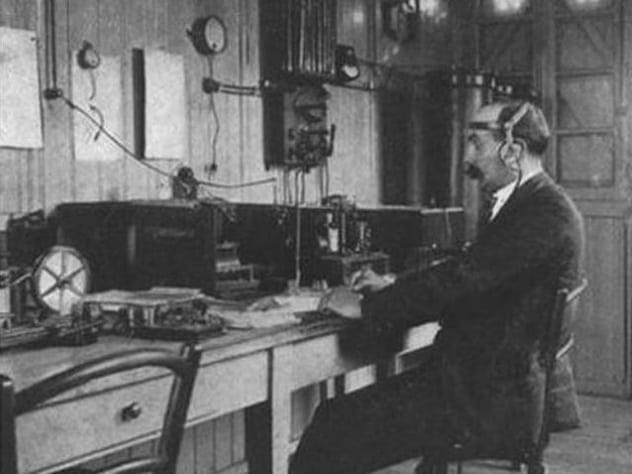 Marconi was not the only radio pioneer. There were many scientists researching radio waves and transmitters, including Nikola Tesla. Dispute arose about which of them had made their discoveries first, and in 1943, the Supreme Court ruled in favor of Tesla.[9]

By the time World War I broke out, radio transmission was still in its infancy, but, as is often the case, war fostered inventiveness, and great improvements were made to the range and quality of radio equipment. Not only was radio used as a communication device, but it also began to be used to relay information about the war. By the time World War II arrived, the radio was a key instrument for information, communication, and propaganda.

According to UNESCO, 75 percent of people in the developing world and almost everyone in the developed world have access to radio today, listening to 44,000 stations throughout the world. Although stations are increasingly moving to digital output, many of them still use technology based on the work done by Marconi and Tesla. 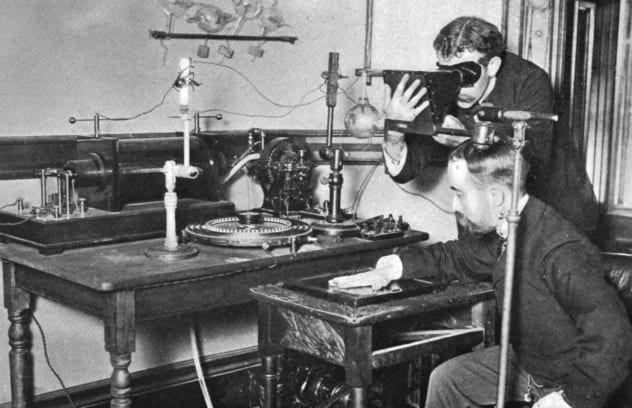 In 1895, Wilhelm Conrad Roentgen discovered the X-ray while working with cathode ray tubes in his laboratory. He noticed that crystals near the tube glowed, and he realized that the rays could pass through some objects. After some experimentation, he discovered that the rays could pass through human tissue but not through bone.

Many scientists became interested in cathode rays, and experiments were soon being made combining the new technology with photographic plates for use by doctors and surgeons. Within six months of Roentgen’s discovery, X-rays were being used by battlefield surgeons to find bullets inside wounded soldiers.[10]

The public became excited by the new technology, and fairground attractions offered customers the opportunity to look at their own skeleton. Nothing was known about the side effects of the process, and it has been estimated that early machines emitted around 1,500 times more radiation than modern ones, which often lead to patients receiving radiation burns and even to their hair falling out.

Well, they couldn’t be expected to think of everything.