It seems like a good time to add to our survival lists with this next exciting installment, aimed at teaching you how to land a light plane in the case of emergency. I am sure we have all fantasized about being able to stand up when an air hostess dramatically cries “Is there anyone on board who can land this plane?!” and say “Yes! Yes, I can land this plane. Show me to the cockpit!”. Well – perhaps that is not true, frankly I hope I am never in a situation like that – but it certainly appears in films often enough that someone somewhere must be hoping for it.

So, for those of you with this weird desire, or those of us who travel frequently, here is a list of the ten steps to take when a pilot is down and you are in charge. NOTE: Listverse will not be responsible for any damages you may cause in a poorly executed landing. 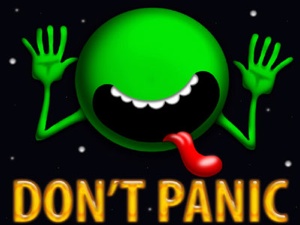 This is the most important step – you absolutely must not panic. When you first arrive in the cockpit you can be sure of at least one of two things: either the pilot will have set the plane to fly on auto, or he will have “trimmed” it to fly “hands off”. In both cases the plane will maintain a steady speed, course, and height. In addition, the pilot will have filed a flight plane, so Air-Traffic Control (ATC) will be aware of your flight. 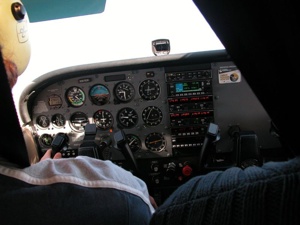 First of all you must remove the pilots feet from the area of the rudder pedals (these are in pretty much the same position as the pedals in a car). After this, make sure that his hands and body are not obstructing the control column or “yoke” (this is sometimes also called the joystick). Most modern planes have dual controls – this means you should be able to land from the co-pilot’s seat. If not, you will need to remove the pilot entirely from his seat so that you can take his place. 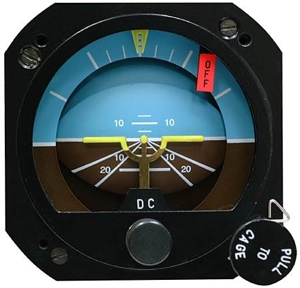 Once you are sitting, don’t touch anything – you need to evaluate the situation first. Check the attitude indicator – this is usually found in the center of the top row of instruments in front of the pilot. The attitude indicator is also called the artificial horizon or the gyro horizon. This shows the position of your plane in relation to the ground – it will show whether the wings are level, and whether the plane is climbing or ascending, or flying at a steady height. It shows a pair of straight lines (representing the wings) – behind which is a sphere or ball that is divided horizontally (the top is the sky – usually blue, and the bottom is the ground, usually brown). If the two lines representing the wings, and the white dot between them (which shows the position of the plane’s nose) line up with the fixed line representing the horizon, you are fine. If they don’t line up, it probably means that autopilot is off and you are not following a level course. 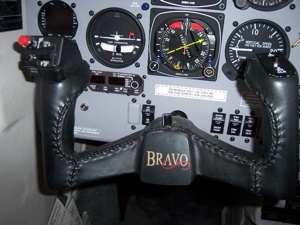 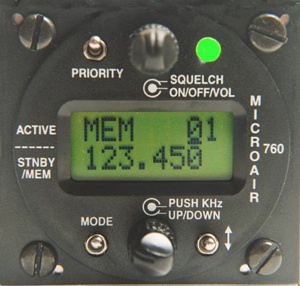 In front of you in the centre you should see the radio. If you can’t find a microphone on the panel, put on the pilot’s headset. Press the button labelled PTT (Push To Talk) and say m’aidez (mayday – from the French meaning “help me”) three times. Speak slowly and clearly. Follow this by saying “Pilot unconscious”. Release the PTT button so the receiver of your call can reply to you.

Directly below the radio should be the transponder – this identifies your plane on the radar and sends out your location so ATC can track you. Set the dials to 7700 (or type the number in) – this stands for “General Emergency” – once it is set, ATC will know you have a problem. 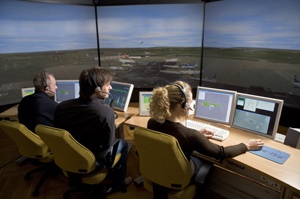 By now someone at air traffic control should be able to communicate freely with you and give you step by step instructions on landing. Follow the instructions exactly and do not be afraid to ask any questions or for the controller to repeat himself. You will be instructed on how to bring the aircraft to a safe height for landing. He will also tell you what to do to control engine power, how to lower the landing gear, and changing course if you need. He will describe all of the other instruments you need to be aware of. You may end up landing in a field or on a road – so keep your eyes out for power lines and trees. 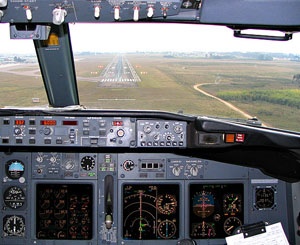 As you approach the landing area, stay in a straight line. Just before hitting the ground, pull back slightly on the yoke – this will lift the nose of the aircraft and ensure that you land on the main wheels beneath the wings. As you slow down, the nose will naturally come forward. 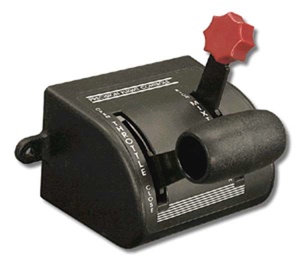 Once the main wheels are on the ground, reduce your speed by pulling the throttle right back towards you. This is a big black level between the pilot and co-pilot’s seats, or a large knob – usually black – in the lower center of the of the instrument panel. A lot of light aircraft have toe brakes on the rudder pedals – if these are installed on your plane, press them gently to bring the plane to a standstill – avoiding skidding. 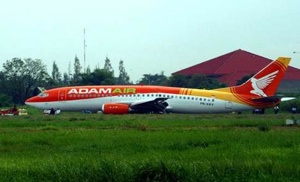 If there is a key (like a car’s ignition key) on the instrument panel, turn it to kill the engine (wait until the plane is at a complete standstill!) Help the pilot in any way you can and then, once the propeller has stopped turning – exit the plane. With a little luck, great fame now awaits you!