Finally we have our second installment of bizarre brain-related disorders. In our first list we covered such illnesses as Stockholm Syndrome, and Stendhal Syndrome. This time we are looking at some slightly more physical disorders – many of which are the result of physical damage to the brain or parts of the body.

If you have suffered from any of these illnesses, or know of people who have, it would be great to hear about your experiences. Most of these are very rare, but a number of them are surprisingly common. 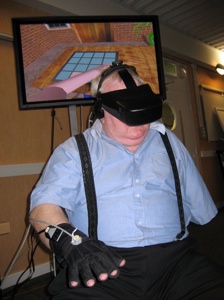 A person suffering from this disorder experiences the sensation that a missing limb (or even organ, such as the appendix) is still present on the body. 50 – 80% of people who have had an amputation experience this disorder. The sufferer will very often feel pain and discomfort in the phantom limb. Some sufferers can feel their phantom limbs gesticulating while they talk, and others believe that the limb is acting independently of their will. This disorder is often treated with Virtual Reality therapy (as pictured above).

Also known as Amputee Identity Disorder, this illness causes a person to wish to have a healthy part of their body amputated. In some cases, the sufferer has gone so far as to amputate their own limbs. Some sufferers also have sexual fetishes involving amputees. Some surgeons have actually amputated a limb for a person suffering this disorder, but it is a highly controversial move and most doctors use similar treatments to those used for phantom limb disorders. 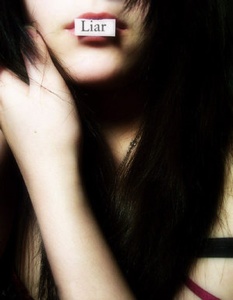 Mythomania is a condition involving compulsive lying by a person with no obvious motivation. The affected person might believe their lies to be truth, and may have to create elaborate myths to reconcile them with other facts. A “pathological liar” is someone who often embellishes his or her stories in a way that he or she believes will impress people. It may be that a pathological liar is different from a normal liar in that a pathological liar believes the lie he or she is telling to be true at least in public and is “playing” the role. 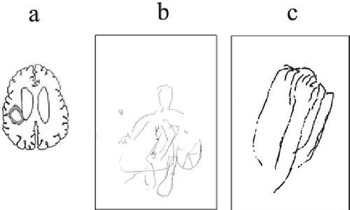 Somatoparaphrenia is a type of monothematic delusion where one suddenly denies ownership of a limb or an entire side of ones body. For example, a patient might believe that his own arm would belong to the doctor, or that another patient left it behind. It can sometimes be treated by vestibular caloric stimulation (squirting warm water into the patient’s ear in a specific way), although most sufferers will not be aware of this and may request amputation, which is almost always denied as amputating a healthy limb would be a basic violation of the Hippocratic Oath. In the image above we see a series of drawings made by a sufferer of this disorder. 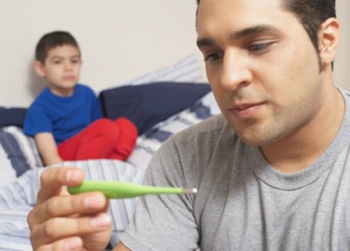 Munchausen syndrome is a psychiatric disorder in which those affected fake disease, illness, or psychological trauma in order to draw attention or sympathy to themselves. It is in a class of disorders known as factitious disorders which involve “illnesses” whose symptoms are either self-induced or falsified by the patient. It is also sometimes known as hospital addiction syndrome. A related illness is Munchausen Syndrome By Proxy in which the person feigns the illness in another person – usually going so far to cause them harm to perpetuate the myth in order to gain sympathy for themselves. 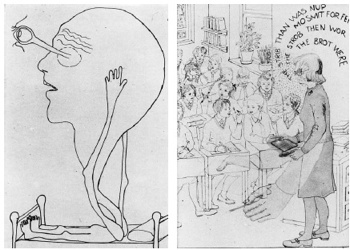 This may sound familiar to drug users: AIWS or Micropsia is a condition in which a patient’s sense of time, space and body image are distorted. People may appear tiny or patients may feel that part of their body shape or size has been altered. A sufferer may perceive humans, parts of humans, animals, and inanimate objects as substantially smaller than in reality. Another name for the condition is Lilliput sight or Lilliputian hallucinations. The image above illustrates the illusion suffered by patients of this disorder. 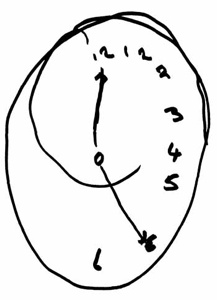 In Neglect Syndrome, a person loses the ability to give equal attention to both sides of a space. For example, a patient in a rehabilitation hospital may wake up in the morning and proceeds to shave his face – only to be told later that he has only shaved half of his face. A person with this disorder, when drawing a person, will often leave off the arm and leg from one side, and when questioned, will state that it looks perfectly fine to them. When drawing a clock, the sufferer will often draw a circle and stuff all of the numbers in to one side (as in the image above). Neglect Syndrome is most often caused by damage to one hemisphere of the brain, as in the case of a stroke. 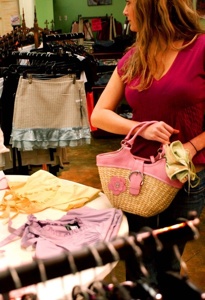 Kleptomania is the disease in which a person has great difficulty resisting the impulse to steal something. Despite this being a disorder, the US and UK courts do not consider it a defense against stealing. Kleptomania usually begins in puberty and continues until late adulthood. It is considered to be a part of the obsessive compulsive range of disorders. Kleptomaniacs usually steal items of little value, and some will tend to steal the same types of items repeatedly. 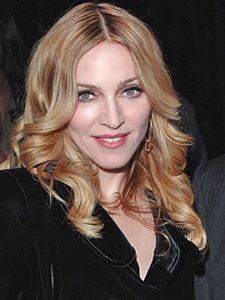 Foreign Accent Syndrome is a very rare disorder which usually occurs after some kind of brain injury (such as a stroke or head injury). When a person suffers from this syndrome they speak their native language with a foreign accent. There have been 50 recorded cases of this syndrome between 1941 and 2006. According to Wikipedia, a well-known case of foreign accent syndrome occurred in Norway in 1941 after a young woman, Astrid L., suffered a head injury from shrapnel during an air-raid. After apparently recovering from the injury she was left with what sounded like a strong German accent and was shunned by her fellow Norwegians. You can read about one case on the BBC. 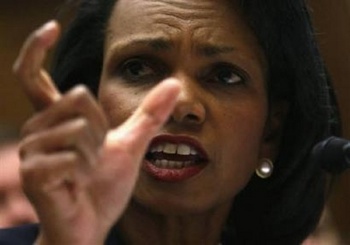 Genital Retraction Syndrome is a strange disorder in which the sufferer believes that his genitals (or breasts in the case of women sufferers) are shrinking, retracting in to the body, or may be removed entirely. Even more strangely, there have been cases of this occurring amongst many people at the same time; this is called penis panic. The phenomenon is often associated with occult beliefs or witchcraft. Outbreaks of penis panic occurred in China in 1948, 1955, 1966, 1974 and 1984/85. It is worth reading the Wikipedia article on this very bizarre syndrome.