Japanese animation has become a boom industry in the western world in the last 15 years. Starting with Akira in the late 80’s, through to the huge anime conventions of today, it has gone from being solely the domain of young children, to capture the imagination of people of all ages and backgrounds. This list comprises the top ten most well written anime, the literature of anime, if you will. 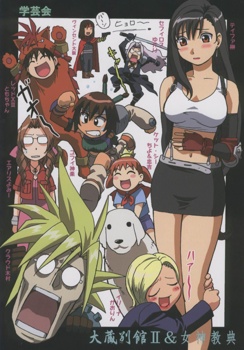 A lot of anime is about schoolgirls. Schoolgirls with robots, schoolgirls with psychic powers, or just naughty schoolgirls. But Azumanga Daioh is just about schoolgirls, following them as they grow, become friends, and deal with tests, homework, and bizarre teachers. Its potent humour comes not from overblown nonsense, but from how recognizable the situations are. Anyone who has been in highschool will find something to enjoy here. 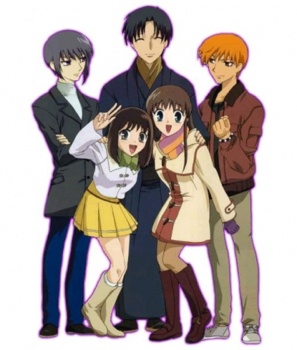 The impossibly good-natured Tohru Honda meets the mysterious Sohmas, a family with a terrible curse hanging over their heads. They turn into animals of the zodiac when hugged by a member of the opposite sex. The magic of the story is revealed alongside the emotional damage of the Sohmas’, as seen through the eyes of Tohru. 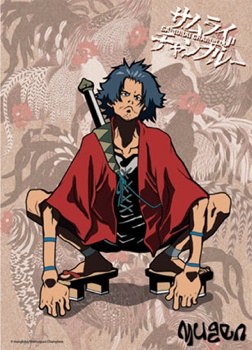 The buddy flick has long been a staple of modern cinema, but combine that with a hiphop soundtrack and some awesome samurai action, and you have a stylish and action packed series that throws historical accuracy out the window. As the waitress Fuu, the samurai Jin, and the vagrant ronin Mugen journey across feudal Japan in search of a samurai who smells of sunflowers, the viewer is treated to everything from riotous lampooning, to touching and emotional tales of love and loss. 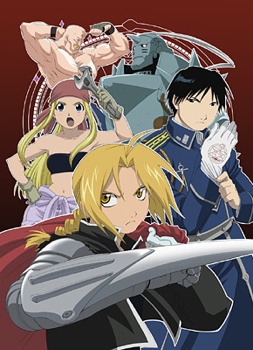 If there was an anime that could dethrone Evangelion – a show that’s as brilliant as it is entertaining – then that show is Fullmetal Alchemist. Two brothers, Edward and Alphonse Elric, attempt to resurrect their mother using alchemy, losing Ed’s arm and leg, and Al’s Body in the process. They are now searching for the Philosopher’s Stone to fix their bodies. Although there is plenty of comedy, Fullmetal also shows insight into the brutality of war and genocide. 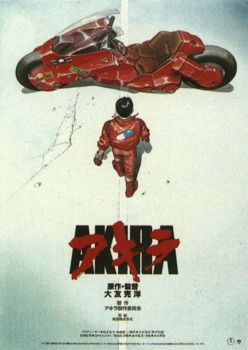 The catalyst for the anime boom, Akira was a calling card for the possibility of animation as an artform. From the opening nuclear destruction of Tokyo, to the climactic battle between out of control psychic Tetsuo, and the laser wielding Kaneda, Akira is fast paced and relentless. It covers a government conspiracy and secret experiments, and as Tetsuo tries to deal with his mental anguish the possibility of an imminent second disaster. A must watch.

5
The Castle of Cagliostro 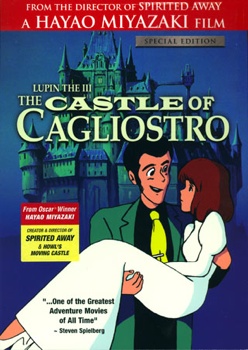 The Best of the Lupin the 3rd films, Castle is directed by Hayao Miyasaki of Studio Ghibli fame, and it shows. Featuring a slightly less playboyesque Lupin getting entangled with a runaway princess, and evil count, and (of course) a massive hidden treasure, Castle has all the best qualities of Miyasaki’s work and the Lupin series itself. 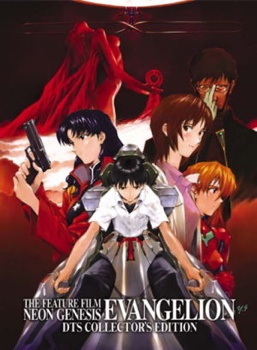 Ever since its 1995 debut, it has been analyzed, criticized, glorified, vilified, overrated, undervalued, and talked about in circles. On one level, it’s a giant robot show, with 14 year old Shinji Ikari being drafted into piloting the most technologically advanced fighting machine in the world, to defend it against the Angels who would destroy Mankind as they know it. Yet right in the middle, director Hidaeki Anno strips away the facade, revealing a brutal psychological drama with red herring Christian references, and at its heart a powerfully human story. 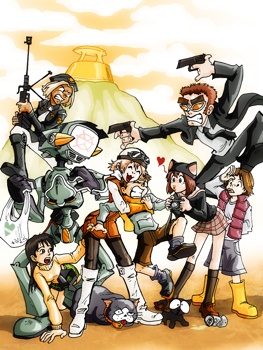 No contest, this is the coolest anime ever created by human beings. By filling it with everything that he loved, director Kazuya Tsurumaki created a universal tale of the trials of growing up, which is spectacularly bizarre and entertaining. Naota is already dealing with his older brother’s absence when he is hit on the head by self-proclaimed alien Haruka Haruhara. And that’s when the robots start bursting out of his head. Then come space pirates, arson, a giant hand, and a guy with seaweed for eyebrows. And thank to the efforts of guitar gods The Pillows, the whole thing rocks very hard indeed. 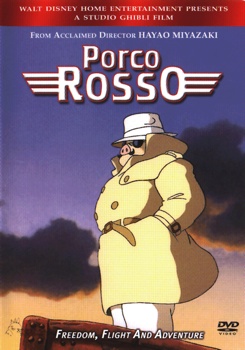 One of the least known of Hayao Miyasaki’s films, why should this rank above the likes of Spirited Away, Naussica, and Mononoke? Because it is, simply put, perfect. A long time lover of airplanes and flight, Miyasaki truly soars in this movie. The main character is Marco, and eponymous pig and former WW1 fighter pilot that became so disgusted with humanity that he literally turned into a humanoid swine. He deals with rival flying gangs, a woman he loves but can never tell, a suave American and others. Maybe Porco is the best because the gruff, disillusioned Marco is the closest character to Miyasaki that has ever appeared in his films. 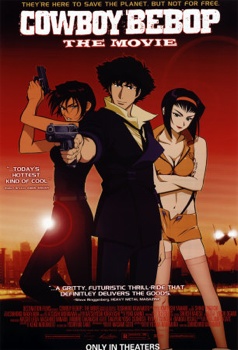 There is a good reason that Bebop has made the top of the list. It’s run on the cartoon network for four straight years, despite it only being 26 episodes long. It’s more entertaining to watch eight straight times than it is to watch almost anything else. The show revolves around Spike Spiegel, a Bounty Hunter who used to work for organized crime, and together with former cop Jet Black, gambling addict and swindler Faye Valentine, computer genius Ed, and data dog Ein, he deals with killers, space truckers, mushrooms, spoiled food and his past. Add to that the music, where seemingly every genre is explored through the course of the show, and probably some that didn’t exist previously. Whether you just want to see an episode or you’re planning a marathon, Cowboy Bebop is truly have it all.