This list looks at some amazing past inventions that have been lost. Some may be cause for skepticism but almost all of the items here are things that we would definitely love to understand better today. Keep an open mind as some entries are famous for their part in conspiracy theories. Be sure to list other lost or suppressed inventions in the comments. 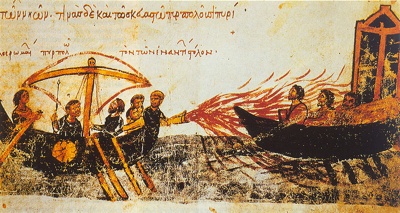 Greek fire was an incendiary weapon used by the Byzantine Empire. The Byzantines typically used it in naval battles to great effect as it could continue burning even on water. The ingredients and the processes of manufacture and deployment of Greek fire were very carefully guarded military secrets. So strict was the secrecy that the composition of Greek fire was lost, and remains a source of speculation to this day. Consequently, the “mystery” of the formula has long dominated the research into Greek fire. Despite this almost exclusive focus however, Greek fire is best understood as a complete weapon system of many components, all of which were needed to operate together to render it effective. 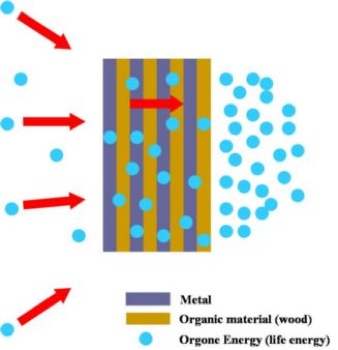 Orgone energy is a hypothetical form of energy first proposed and promoted in the 1930s by psychoanalyst Wilhelm Reich. It is claimed that orgone is a manifestation of the Freudian concept of libido. Reich saw orgone as a universal bioenergetic force lying behind and causing much, if not all, observable phenomena. Reich developed a device – an “orgone accumulator” for clinical trials and tests. From the 1950s onwards, the FDA became involved in aggressively investigating healthcare providers who were offering treatment not accepted by mainstream researchers, and in particular by the American Medical Association. Reich was one of the therapists who was targeted. On February 10, 1954, the U.S. Attorney for Maine, acting on behalf of the FDA, filed a complaint seeking a permanent injunction under Sections 301 and 302 of the Federal Food, Drug, and Cosmetic Act, to prevent interstate shipment of orgone accumulators and to ban some of Reich’s writing. The court complied and ordered that all accumulators and their parts were to be destroyed. All written material that discussed how to use the accumulators was also to be destroyed. It also banned ten of Reich’s books that mentioned orgone energy, until such time as references to orgone were deleted. 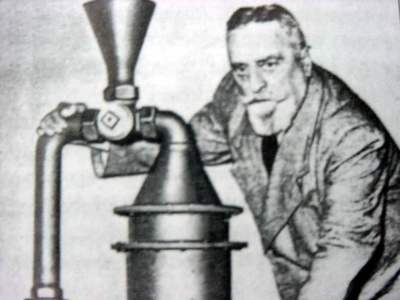 Schauberger and his works have become part of an internet-based conspiracy theory claiming that Schauberger invented free energy/perpetual motion devices and that this was “covered up” by the US government. While, perpetual motion devices are impossible under basic laws of physics as they violate the fundamental concept of conservation of energy, Schauberger never claimed to have invented perpetual motion machines, but instead stated that he used the Earth’s natural power. After the Second World War, Schauberger was apprehended by US intelligence agents, and kept in custody for 9 months. They confiscated all his documents and prototypes, and interrogated him to determine his activities during the war. 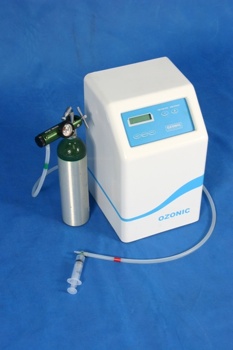 Some people, including a number of doctors and biochemists, believe ozone has remarkable healing properties. The advent of precise medical ozone generators has only recently allowed the mechanisms, action and possible toxicity of ozone to be evaluated by clinical trials. But despite anecdotal evidence of ozone therapy having caused remission in a variety of diseases, therapeutic use of ozone is not endorsed by health authorities or medical associations in any English speaking country, and most US states prohibit the marketing of ozone generators, its medical use, and even research and clinical trials of ozone therapy, so that doctors risk losing their medical licenses by administering or prescribing ozone therapies. 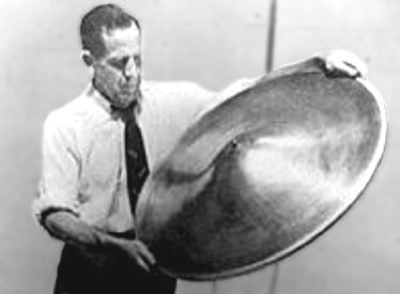 In 1956, the aviation trade publication Interavia reported that Thomas Townsend Brown had made substantial progress in anti-gravity or electro-gravitic propulsion research. Top U.S. aerospace companies had also become involved in such research which may have become a classified subject by 1957. Though the effect he discovered has been proven to exist by many others, Brown’s work was controversial because others and even he himself believed that this effect could explain the existence and operation of unidentified flying objects (UFOs). Brown’s research has since become something of a popular pursuit around the world, with amateur experimenters replicating his early experiments in the form of “lifters” powered by high-voltage. 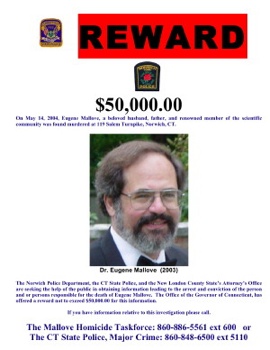 Eugene Mallove was a notable proponent and supporter of research into cold fusion. He authored the book Fire from Ice, which details the 1989 report of table-top cold fusion from Stanley Pons and Martin Fleischmann at the University of Utah. The book claims the team did produce “greater-than-unity” output energy in an experiment, which supposedly was successfully replicated on several occasions. Mallove claims that the results were suppressed through an organized campaign of ridicule from mainstream physicists. He was fatally beaten May 14, 2004 in Norwich, Connecticut by an unknown assailant. His violent death was suspected by some to be related to the nature of his work. 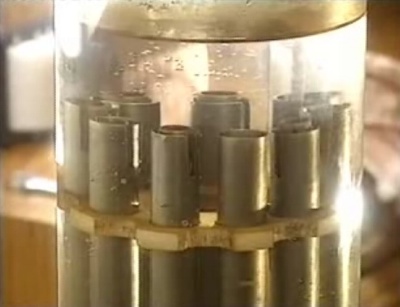 Stanley Meyer produced nine patents relating to his “water powered” car. He was subsequently sued by two investors and the court found Meyer guilty of “gross and egregious fraud”, ordering him to repay the investors their $25,000. Following his sudden death, an autopsy showed that he died of a cerebral aneurysm. Meyer’s supporters continue to claim that he was assassinated by ‘Big Oil’, Arab death squads, Belgian assassins, or the US Government in order to suppress his inventions. 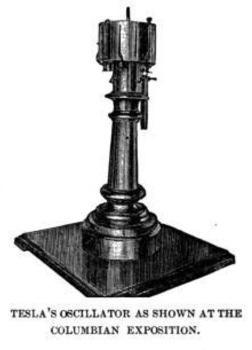 At one point while experimenting with mechanical oscillators, Nikola Tesla allegedly generated a resonance of several buildings causing complaints to the police. As the speed grew he hit the resonance frequency of his own building and belatedly realizing the danger he was forced to apply a sledge hammer to terminate the experiment, just as the astonished police arrived. The Discovery Channel’s popular MythBusters show examined Tesla’s claim that he had created an “Earthquake Machine” in their 60th episode. They tested the physical phenomenon known as mechanical resonance on a traffic bridge, which today are built to withstand such forces. While a single I-beam of steel was deflected several feet in each direction by their oscillator, and they reportedly felt the bridge shaking many yards away, there were no “earth shattering” effects. It is worth indicating that, in the time of the event undertaken by Tesla, buildings were not built to withstand such resonance. 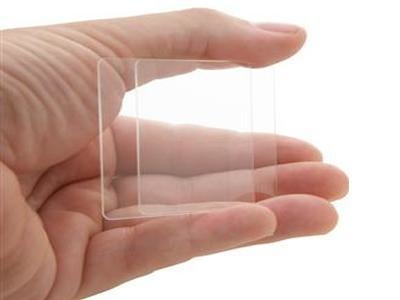 Flexible glass is a legendary lost invention from during the reign of Roman Emperor Tiberius Caesar (between 14 CE-37 CE). As recounted by Isadore of Seville, the craftsman who invented the technique brought before Caesar a drinking bowl made of flexible glass, and Caesar threw it to the floor, whereupon the material dented, rather than shattering. The inventor was able to simply repair the dent with a small hammer. After the inventor swore to the Emperor that he alone knew the technique of manufacture, Caesar had the man beheaded, fearing such material could undermine the value of gold and silver. 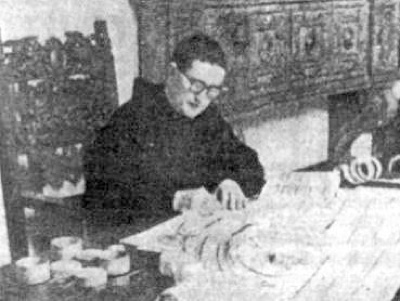 Father Ernetti is fascinating not just because of his work as an exorcist in the Venice region, but more especially because of his work on the “chronovision”. In the 1960s he is said to have claimed he constructed a time viewer of sorts in the 1950s, as part of a group that supposedly included Nobel Laureate Enrico Fermi and Wernher von Braun. The machine was called the Chronovisor, and could allegedly see and hear events of the past. According to an explanation by Ernetti, the luminous energy and sound that objects emanate are recorded in their environment, such that proper use of the chronovisor could reconstruct from said energy the images and sounds of a specific set of events from the past. Through the viewing screen of the chronovisor Father Ernetti claimed to have witnessed a performance in Rome in 169 BC of the now-lost tragedy, Thyestes, by the father of Latin poetry, Quintus Ennius. He also claimed to have witnessed Christ dying on the cross. On his death-bed in 1994, Father Ernetti said that he attended a meeting of all the people involved in the chronovision at the Vatican during which the only existing machine was destroyed.