Like all wars, the American Civil War had its share of abnormal, freak and uncanny occurrences. What follows are some of the more fascinating ones. Selection criteria: I limited this list to the better-known ones that are citied and verified in multiple places. I’ve listed the sources for some of the events. Note: Forget about the much-ballyhooed list of Lincoln/Kennedy coincidences, because some of those so-called coincidences are utterly bogus. Not all are, though, but you can force coincidences to apply to almost anyone and any situation. 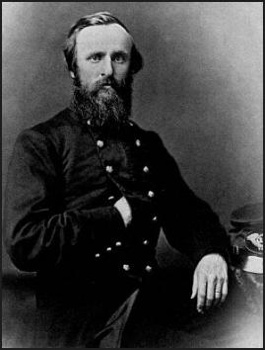 Of the hundreds and hundreds of regiments raised in the North and sent to war, only one included two future presidents: Rutherford Hayes and William McKinley. Hayes began his Civil War career as an officer in the 23rd Ohio. Hayes attained the rank of general and spent much of the war career in western (soon West) Virginia, where he was wounded four times. William McKinley served under Hayes in the 23rd. The older Ohioan recognized McKinley’s courage and leadership abilities, promoting him to supply sergeant for actions while the regiment fought in western Virginia, and to second lieutenant for bravery under fire at Antietam. McKinley greatly admired his fellow Ohioan, and he followed the older man into the Ohio governor’s mansion and then the White House 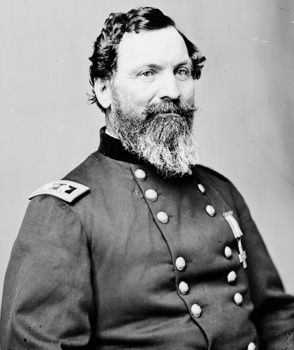 This incident appeared on a Listverse entry of famous last words, I believe. During the opening stages of the battle of Spotsylvania, Va. (May 8-22, 1864), Union Sixth Corps commander Maj. Gen. Sedgwick tried to rally his men, who were ducking from Confederate sniper fire. The general started to say, “They couldn’t hit an elephant at this distance,” when a rebel nailed him in the head and killed him instantly. 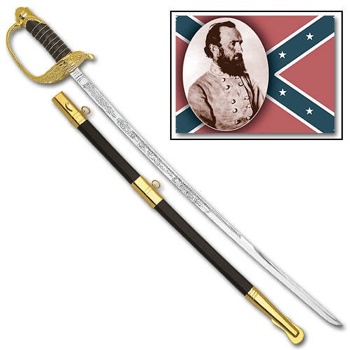 One morning as Stonewall Jackson prepared for battle, his sword, left leaning against a tree, fell over on its own. Now, you may think, “so what,” but many people then believed it was an ominous sign, because later that day, Jackson’s own men accidentally shot him (see #2) and he soon died. CSA Gen. A. L. Long was among those who recorded the incident in his memoirs, and helped foster the legend of the falling sword as an omen, instead of a mere coincidence. 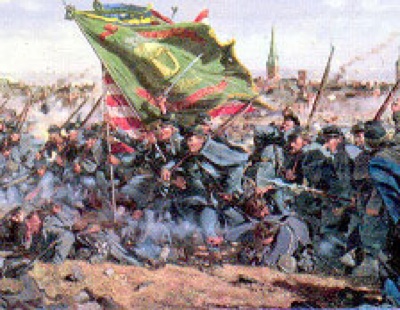 Like all civil wars, America’s featured brother against brother, friend against friend, etc. One of the most poignant episodes occurred during the battle of Fredericksburg, Dec. 13, 1862. Irish immigrants had flocked to America since the 1840s, some going to Northern ports and some to Southern ports. At Fredericksburg, Virginia, some of these men met in battle. The Union’s Irish Brigade (literally all-Irish) fought a Confederate regiment comprised mainly of Irish immigrants in the final stages of the battle, with terrible results. After cutting them down, the Rebel Irish heartily and tearfully cheered their brave brothers. (The uneven movie Gods and Generals depicts this episode powerfully.) 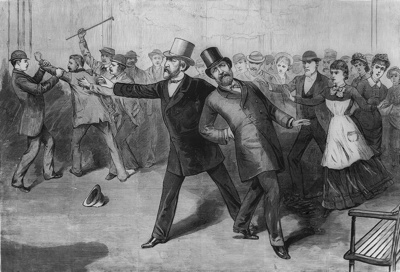 James Garfield came out of the Civil War with nary a scratch, but after he became president, he succumbed to ghastly Civil War medicine. The medical field had not yet made the now-obvious connection between dirt and infection, and surgeons rarely if ever scrubbed their hands before seeing a new patient, or changed rags, water and instruments for each patient. When a would-be assassin shot the president in July 1881 in a train station, a doctor soon arrived and took command: Doctor Willard Bliss, a wartime gunshot expert, chief surgeon for the U.S. Army’s hospital in Washington and current member of the DC Board of Health. Bliss probed for the bullet with what was most likely a dirty finger. Subsequent probing and surgeries by Bliss and others were also likely done with unwashed hands and non-sterile instruments. Garfield could have recovered from the wounds, but not the massive infections the doctors unwittingly introduced. Following Garfield’s death in September 1881, a major push was made in American medicine towards sterilizing hands and instruments. (Sources: Medical history and former surgeon Ira Rutkow in his recent bio of James Garfield)

5
Hole in the Hat 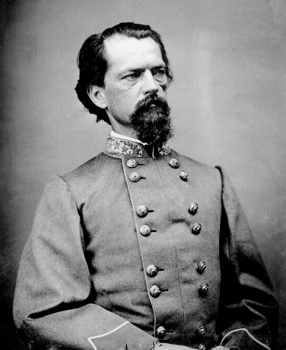 Coincidence: A hole in the hat saves John Brown Gordon

One of the South’s most notable and outspoken post-war figures would have died at Sharpsburg on Sept. 17, 1862, were it not for a hole in his hat. During the Maryland battle of Antietam, Confederate John Brown Gordon was among the officers who led the defense of the rebel center in a sunken lane. While some of Gordon’s account of this battle is, shall we say, embellished, the story of his wounding is not. Shot in the face, Gordon pitched forward and fell face-first into his hat. His hat started to fill with blood, but fortunately, there was a bullet hole big enough to let the blood drain. Otherwise, he would have drowned in it. Gordon, one heck of a fighter, recovered from his wounds and rose to the rank of lieutenant general by the war’s end. He later served as Georgia governor and US senator and, sadly, was an early supporter of the Klan. (Sources: many Civil War histories and Gordon’s memoirs) 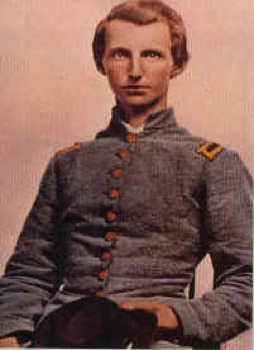 Coincidence: Rebel solider returns home only to die near his house

In 1861, Todd Carter of Franklin, Tenn., joined what would eventually become the Army of Tennessee. Four years later, he returned home when that army’s commander, John Bell Hood, launched a furious frontal assault on Federals holding Franklin on Nov. 30, 1864. Some of the fiercest fighting took place right in front of the Carter’s house. The Carters took refuge in their basement while fighting raged above them. Upon sighting his house, Todd cried out, “Follow me boys, I’m almost home.” But he was struck down near his house and died two days later. Fascinating note: The Confederates lost five generals at Franklin, including the uniquely named States Rights Gist. (Source: www.carterhouse1864.com, among others.) 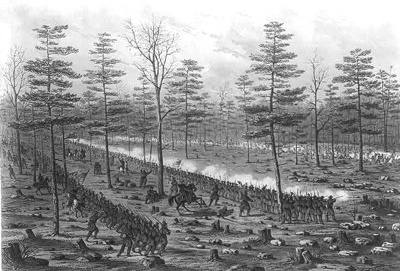 Coincidence: Everywhere Davis went, a battle was sure to follow

In one of the most freak coincidences of the war, battle followed in the wake of President Jefferson Davis in his swing around the Confederate circle in November-December 1862. Davis visited several commands, including those stationed at Fredericksburg, Va., Murfreesboro, Tenn., and Vicksburg, Miss. The USA and CSA clashed shortly after Davis left each place: Dec. 13 at Fredericksburg, Dec. 31-Jan. 2 at Murfreesboro and Dec. 28 at Vicksburg (Chickasaw Bluffs). The image is a contemporary drawing of the battle at Murfreesboro. (Source: Fredericksburg to Meridian by Shelby Foote) 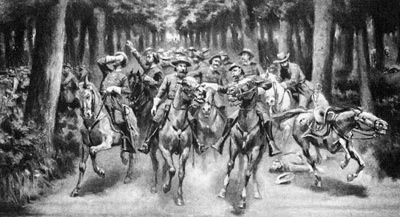 As the man once said, “Friendly fire isn’t.” In May 1863, Stonewall Jackson was riding ahead of his men during the darkness just after his smashing flank attack at Chancellorsville. In the confused darkness in that heavily thicketed terrain, rebel soldiers accidentally fired on Jackson’s party, thinking they were Federal cavalry. A week later, the wounded Jackson died of pneumonia. Almost exactly one year later, during the horrible 1864 battle of the Wilderness, CSA Lt. Gen. James Longstreet was riding with his staff a half-mile east on the same road, following his own successful smashing attack that rolled up the Federal left flank. Confederate soldiers accidentally shot Longstreet and his party, thinking they were the enemy. Longstreet took a bullet in the neck. Unlike Jackson, however, Longstreet recovered and rejoined the army in November. The picture depicts the accidental wounding of Longstreet. (Sources: practically every general history of the Civil War) 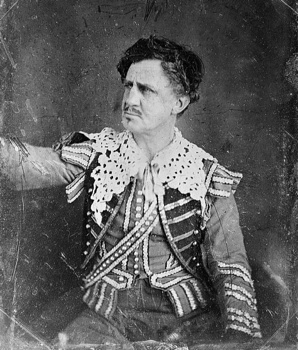 No, not that Booth and not that president. Junius Booth, father of John Wilkes Booth, sent a death threat to President Andrew Jackson in 1835. Booth wanted Jackson to commute the sentences of two men accused of piracy. Booth never followed through on his threat to cut Jackson’s throat, and clerks filed the threatening letter away with other similar notes, undoubtedly figuring Booth was just a crackpot. For 175 years, historians disputed whether Booth actually wrote the message, but in January 2009, the director of the Andrew Jackson Papers project at the University of Tennessee said they had determined that the elder Booth most certainly did write the letter. The note itself is unremarkable as death threats go, and it would have remained just one of many cantankerous letters to Jackson had it not been for Junius Booth’s notorious son. After all, the son actually did what the father only threatened.