Despite the fact that we don’t all live in a nation where guns are freely available to all and sundry, most of us will have heard of the designers or the guns themselves on this list. Here is a quick trip through the history of arms manufacturing. 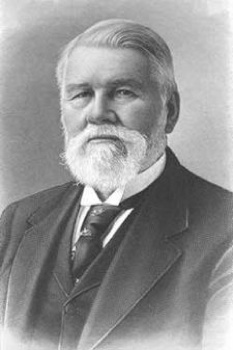 The designer of the first successful machine gun, although not the first automatic machine gun. It was, in effect, a gigantic revolver of six barrels operated by a hand crank. A bin of several hundred loose rounds (not belt-fed) was set on top and gravity fed the ammunition into the breech, enabling someone who knew nothing of firearms to lay a sheet of lead into an advancing army, at about 200 rounds a minute. To the Civil War soldiers accustomed to muzzle-loading single rounds at a time, this might well have been like seeing something out of Star Wars.

It had its drawbacks, though, primarily that so much black powder churned up into a huge cloud around the weapon, and all the enemy artillery and snipers honed it on it. 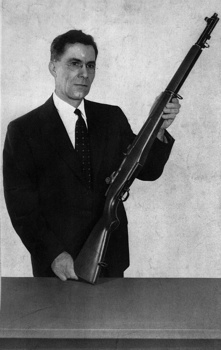 The designer of the M1 Garand, which the U. S. military used to great effect in WWII, Korea and even Vietnam. General George Patton famously called it, “the greatest battle implement ever devised.” It was the first successful semi-automatic rifle to be issued to the military of any country. It fired the 30-06 Springfield round, an extremely powerful piece of hardware, which had been the standard since 1906, when it was patented for the bolt-action Springfield.

Soldiers entering combat were confident of themselves, because they had 8 rounds of serious firepower that they could fire as fast as they could pull the trigger. No movement was required to operate the action of the weapon, and the weapon weighed around 10 pounds: light enough to carry easily, yet heavy enough to manage recoil. 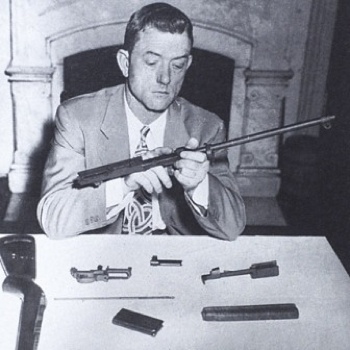 “Carbine” Williams went to prison in 1921 for selling moonshine, when the raid on his still resulted in an officer’s death. Williams swore that he was not guilty, and his trial resulted in a hung jury. However, he then confessed to 2nd degree murder, having fired at a sound without knowing if it was a man or an animal.

He was sentenced to 20 to 30 years, but was pardoned after 8 years because, in the prison machine shop, he invented two brilliant principles for the military’s firearms. Most importantly, he invented the short-stroke piston for use in gas-operated small arms. His patented design has not been improved on since 1940, when he perfected it, and it was first used in the M1 Carbine. The U. S. military had been searching for a lighter alternative of the M1 Garand, but still with long-range capability and stopping power.

Williams’s short-stroke gas piston was the key. He also invented the floating chamber, which greatly reduces recoil, and enabled the military to train its machine gunners with less expensive .22LR ammunition. 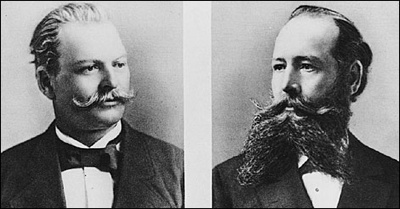 Today, the Mauser bolt action is the most widespread of all bolt-action firearms. It was adopted by the U. S. military for use in the Springfield 1903, which became standard issue until the M1 Garand. There are 3 major bolt actions, the Mauser, the Lee-Enfield, and the Mosin-Nagant. The Mauser has one significant advantage on the other two: a third locking lug at the rear of the bolt. The other two have only the two locking side lugs, and thus, cannot cope with the higher breech pressures of magnum rounds. They are, therefore, inadequate for hunting rounds intended to kill large, dangerous game.

The Mauser’s third lug gives it the strength to fire a round in any caliber currently produced, even the .700 Nitro Express, which is a rifle round almost as large as a 12 gauge slug, but extraordinarily powerful and designed to flip a charging bull elephant backward. Either of the other two actions would explode in the wielder’s face if such a powerful round were used.

The Mauser action is the most common bolt action in the world, present in nearly all hunting and military bolt-action rifles, and has not changed at all since the Mauser brothers perfected it in 1871. 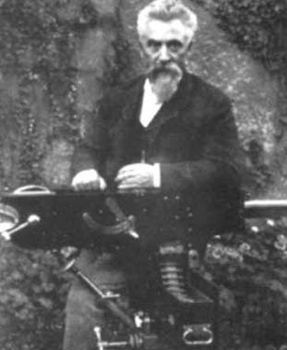 The designer of the first truly automatic machine gun, in 1884. The Maxim gun was the primary armament of all major armies in WWI, and probably caused more battlefield deaths than any other firearm in history. The German and Russian versions were almost exact replicas, with only cosmetic changes. It fired 600 rounds a minute, using the recoil of each round to open the breech and chamber the next. This rate of fire was beyond belief to anyone in the world at the time. It was, therefore, the first truly modern weapon of warfare, able to lay waste to entire land armies. This necessitated the abandonment of the line-abreast approach armies had employed since antiquity. Classical formation battles were now a thing of the past. 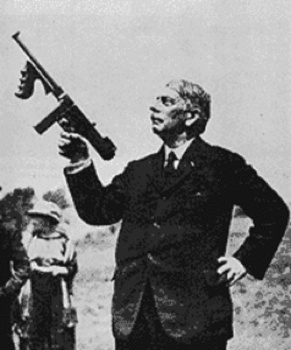 Thompson saw in the trench warfare of WWI that infantry needed a “trench broom,” a weapon that could sweep away all the enemy in front of the soldier, in the same way as the pump shotgun, but with even more firepower. He used John Blish’s delayed blowback breech lock, which enabled the different metals of the weapon’s moving parts to slide together under the intense pressure of the round’s discharge without sticking strongly together.

In 1919, Thompson came up with the Thompson submachine gun, chambered in the man-stopping .45 ACP round. Thompson’s idea for a “trench broom” was now real, even if trench warfare had been made obsolete. The Thompson could fire at 600 to 1200 rounds a minute, with sufficient power to stop a 1942 Ford Super Deluxe automobile.

Designer of the first successful breechloading rifle. The 1819 Hall rifle was the first breechloader, but was still a flintlock or percussion cap weapon. Sharps used the brand new self-contained cartridge in his design, which was single shot, employing the sturdy falling block action, and extremely accurate. With only iron sights, experienced marksmen could hit game animals or enemy soldiers at 1,000 yards.

The cavalries of both sides of the American Civil War used it to great effect, and Sharps continued to improve on it. The 1874 version is the most well known, chambered in the powerful 45-70 hunting cartridge. 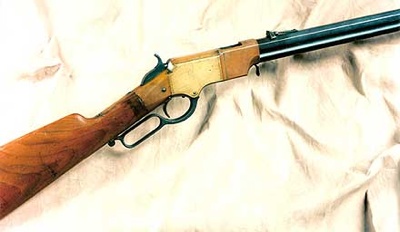 Designer of the first breechloading, lever-action, magazine-fed rifle. The Henry rifle fired about 28 rounds a minute, with a 16 round tubular magazine, in the solid .44 rimfire. He patented it in 1860, and 900 were issued to the Union army in 1862. The Confederates couldn’t believe what they were seeing, and lamented about “that damn Yankee rifle that they load on Sunday and shoot all week!”

Because it used a self-contained cartridge, it was no use for the Confederates to steal them, because they had no ammunition for it. It was the precursor to all lever-action rifles today, having been improved on very little. 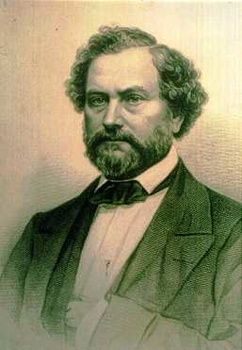 He did not invent the revolver. But as a boy he saw that almost all firearms were single-shot muzzleloaders, and thus, when a man had fired, he was a sitting duck for the next 20 seconds, provided that he could reload that quickly. So he set about inventing “the impossible gun,” something that could fire repeatedly 5 or 6 times like Elisha Collier’s revolving flintlock, but would still be more reliable and faster to reload.

The result was the 1836 percussion cap revolver, which saw widespread use in the American Civil War. It was the first successful repeating firearm. 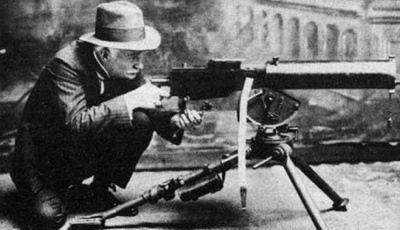 Browning patented 128 designs for firearms and associated apparatuses. He invented the gas-operated machine gun, an improvement over Maxim’s recoil operation. All machine guns since 1895 have used Browning’s gas operation.

He invented the 1911 model of the Colt .45 handgun, which is recoil-operated, and was standard issue for the U. S. military from 1911 until 1985. It is still used by many personnel today, and is one of the most popular handguns in the world. His design has not changed at all functionally.

He invented the lever action shotgun, based on Henry’s rifle design with a few moderations. Then, 6 years later in 1893, he invented the pump action shotgun. The function of this action has not changed since. Then, 7 years later, he still managed to top himself with the semiautomatic shotgun, the first ever. It is recoil-operated, and remained in production, changing only cosmetically, for 98 years.

He invented the Browning Automatic Rifle, a fully automatic 30-06 and a street sweeper if there was one.