Attach a notion of “specialness” to something, and people will find a way to throw money at it. This is a principal true of every consumer product with an advertising campaign (“If [such and such a celebrity] drinks it, then it must be pretty special”). But what’s bigger than anything any advertising agency could possibly dream up? A commercial holiday, “commercial” being a term used to discern from any possible religious significance. A commercial holiday is like an all-purpose ad campaign, wherein consumers are expected to buy and subscribe to a variety of pertinent rituals in order to fit in properly. Didn’t get Mom a card for Mother’s Day? Expect borderline excommunication. These beliefs are embedded deep in the fabric of our culture, to where tradition becomes more powerful than any fact or biblical preaching. There’s a lot of money to be made at the exact point where “personal” becomes strictly business; here are ten businesses and industries that are keenly aware of this fact. 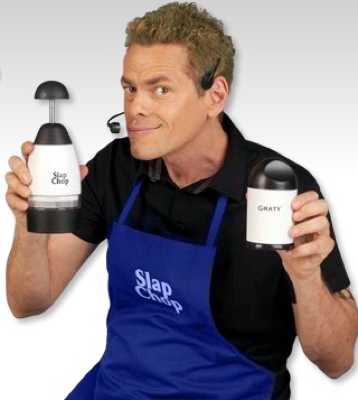 Infomercials do a great service: they provide a last-minute option for procrastinating shoppers who can’t think of or hand-make anything thoughtful in time, and need something “gift-like”, stat. Many Christmases could end in tragic, empty-armed disappointment if it weren’t for the bombardment of suggestions that come on the tube after about 3 A.M. Christmas, birthday and graduation gifts can henceforth, and effortlessly, be any assortment of a Snuggy, ShakeWeight or underwater electric razor. Best gifts are the ones that lack gender-specificity; just get 8 of those and Christmas shopping is done. (Warning: people you actually care about won’t appreciate the obvious lack of thought that goes into any one of these gifts, but by all means indulge a coworker). 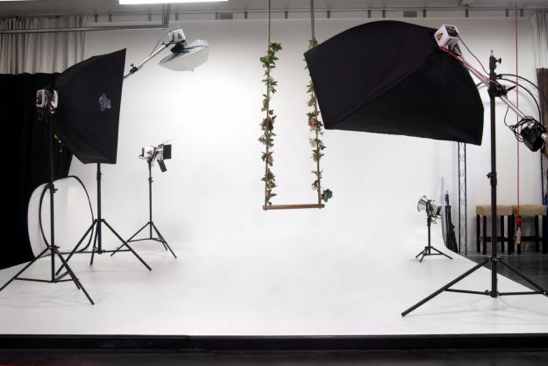 Every family is required to put out a Christmas card every year, or else the neighbors will be baited. A Christmas card captures just how “perfect” a family is, or at least the image of, whereafter they can go back to being terrible and volatile, on the way back from Sears. Only truly gifted artists could make such a fallacy an apparent truth, which is why they get paid the big bucks, and why families are so tickled by the notion of spreading this masterful concoction to everyone in their address book. 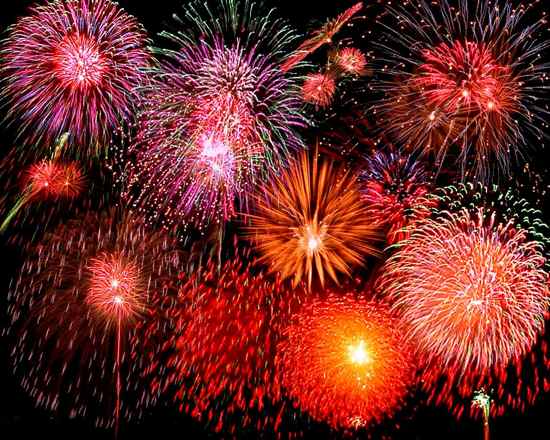 Not legal everywhere, these self-contained spectacles are the toast of every Fourth of July, Memorial Day, and patriotic other occasion. After all, nothing spells U.S.A. like Chinese imports. Every fair concludes with them, the mighty “Grand Finale,” and every drunken Summer night spent away from work deserves, and belligerently demands, their presence. Explosions in the sky never disappoint, feeding that animalistic desire for consequence-free fire and destruction, which is why border-runs are so frequent and unstoppable. 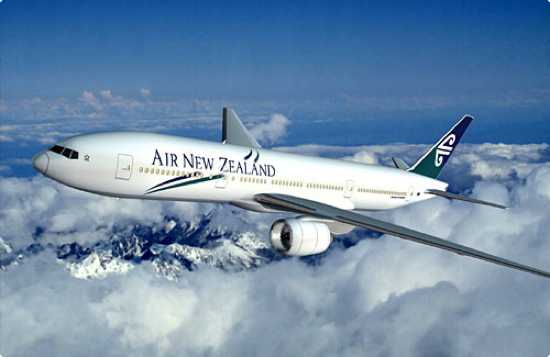 The one industry that rarely shuts an eye, hence the red-eye, is the airline industry. More than any other means of travel, it is the most efficient and practical way to travel great distances in a timely, scheduled manner (in spite of how much waiting and security checkpoints must be endured). Every holiday season, seats get booked to maximum capacity, to where the cheapest seat last minute is usually in the thousands (even as sites like Expedia and Travelocity do their best to alleviate this fact). Seeing family and friends is a component of virtually every holiday or festive occasion, and to do so, transportation is a vital, if mundane, consideration in every case. A business built around the essential motions and functions of life will always do unspeakably well for itself, just ask the healthcare or fast food industry. 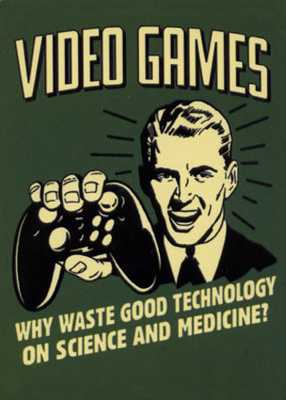 Every holiday season, without fail, stores like Game Stop, Electronics Boutique and Best Buy sell out of every major console, especially right after the latest and greatest one has been released just in time for such a time of the year. Right around November, appeasing mothers cram into malls to snatch up that fancy “game-box” junior’s been talking about, just so the kid can rip it open Christmas morning without a scintilla of surprise or doubt. Wii’s, XBox 360’s, and PS3’s have sold out religiously in mostly every Christmas past, but as no kid seems to be without one these days, it seems right about time Wii 2, Xbox 720, and PS4 make their parking lot-congesting debuts. 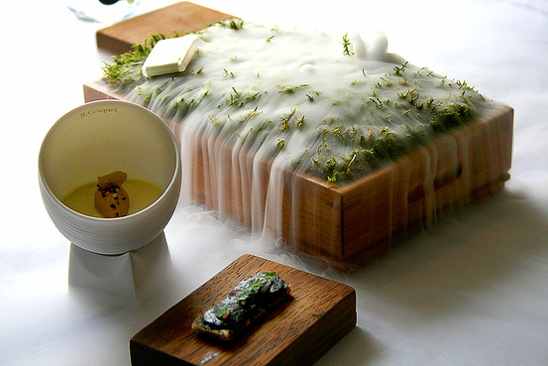 The number one go-to or last resort gift is a visit, or gift card, to some classy-looking restaurant, but usually just the Olive Garden or T.G.I. Fridays. It’s a preferable escape from slaving over a hot stove, a dad-favorite on Mother’s Day, and an ideal date all at about twenty or thirty bucks a plate. It’s just the price that says “I’m not entirely cheap, but I’m not very original either.” Restaurants do very well on special occasions, seasonally that is, and given that there’s always some kind of commercial holiday every few weeks or so, it’s not a bad investment in any case. The food doesn’t have to be great, but dim lights and faint, vaguely romantic music overhead spells Valentine’s Day hot spot. 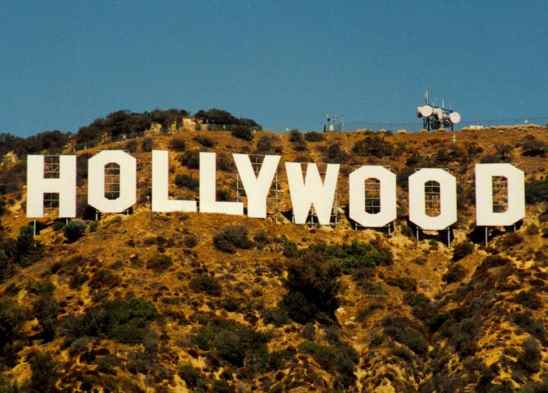 Tim Allen alone has lined his pockets with a lion’s share of Christmas tinsel, appearing in three progressively terrible Santa Claus movies, as well as a terribly over-acted Christmas with the Cranks (based on a novel?!). Every holiday seems to require a sludge pile of opportunistic films that ride a cheap gimmick with a plot centering around a holiday, and an unceasingly unfunny series of disasters (Four Christmases, Surviving Christmas, Deck the Halls, Fred Claus…you get it).
Christmas is the obvious cash-in, but even lesser holidays are finding distasteful exploitation: Valentine’s Day (the movie of the same name), Halloween (every 3D slasher movie that comes out conveniently on Halloween weekend, not to mention the movie of the same name and every time it is rebooted), Easter (Hop), etc. That’s not to say there’s no such thing as a good holiday movie (It’s a Wonderful Life, Nightmare Before Christmas, Christmas Vacation, Christmas Story, etc.), but Hollywood rarely seems concerned with generating memorable instant classics so much as greasing its own sprockets with transient rubbish and easy money. 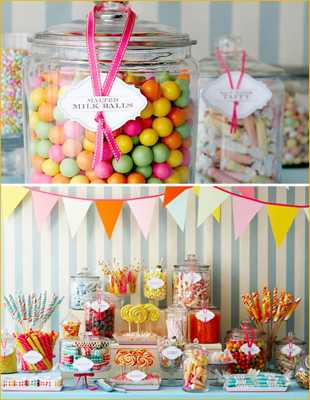 How many times do we binge on marshmallow Peeps and swear to never touch them again, that is until they hit the shelves again in the shape of a Christmas tree or pumpkin rather than a bunny? And when we swear out candy for good, we can never resist that 80% off sale in the center aisle of the local pharmacy. Between candy corn, Peeps, boxes of chocolate, and various other fun-sized sugar-and-carnauba wax-covered sweets, our love for cloistering substances and suckered obligation to incorporate them into our every celebration means only big money for the Willy Wonkas of the world. 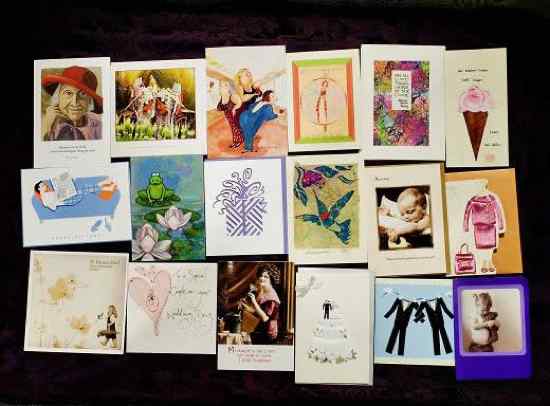 What a great enterprise: paying someone else to preconceive the ideal sentiment for any given occasion. What better way to tell someone you care about them than to pay four dollars to let someone say just how so. Somehow they’ve worked their way into every holiday/birthday/ form of congratulations and are somehow considered a “thoughtful” gesture. What would be thoughtful would be to type a personal letter, or get a BLANK card and write in something heartfelt and original. Nevertheless, a trip to the drug store counts just the same. 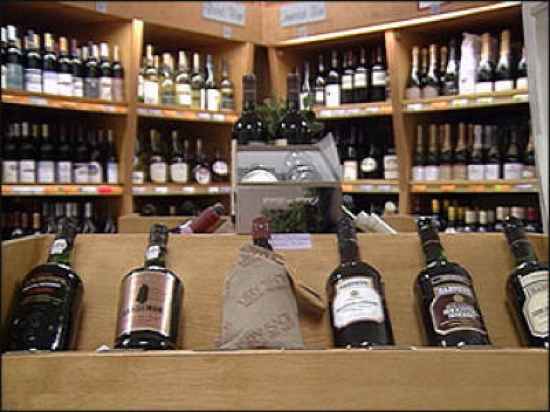 What’s a holiday without the booze. In fact there are holidays devoted exclusively to the substance (St. Paddy’s Day, with or without green beer), but all usually end in drunken foolishness. While kids look forward to cake, pie, and trick-or-treating, adults look forward to the swift elevation of their B.A.C. levels. Liquor stores and bars thrive more than anyone else on universally-designated “special” days, more so than the unsynchronized birthday or situational cause for celebration. When these big days approach, extra efforts are made to ensure a cornucopia surplus of cases and handles, or else dire consequences be wrought (in the form of bleeding cash registers).