London may be a city of deep-rooted tradition, but it is also a place of empirical progress, and the 2012 London Olympics seek to present that dichotomy in its every underpinning. While the theme of the games are a tribute to England’s Industrial Revolution – where class distinctions have never been so distinct, divided by soot and grime – these games also mark efforts to be more thoughtful and inclusive than any previous era. So, in the name of breaking new ground, here are ten firsts for the 2012 London Olympics. 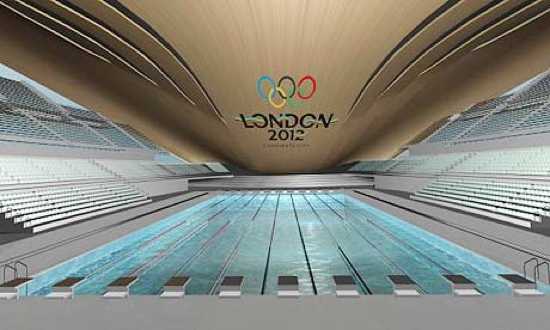 Having previously hosted in 1908 and 1948, London proved itself to be a gracious host, as it will soon come to host more times than has any other city. With everything it has in store this year, it will have no trouble winning over the Olympic Committee a fourth time. 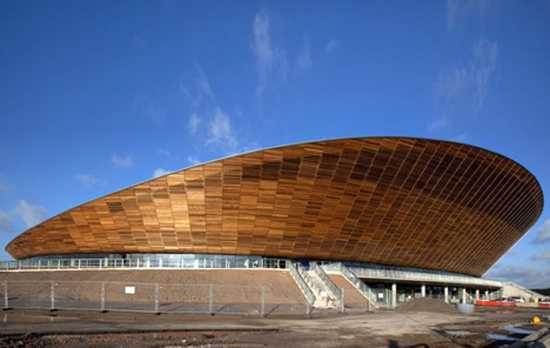 The first completed venue of the Olympic Park was the Velopark’s Velodrome, a giant indoor cycling track. Fitting the “green” theme of the games, the venue is outfitted with rooflights to cut back on artificial lighting, and natural vents to minimize air conditioner usage. Also, the roof is designed to collect rainwater as a supplemental water source. 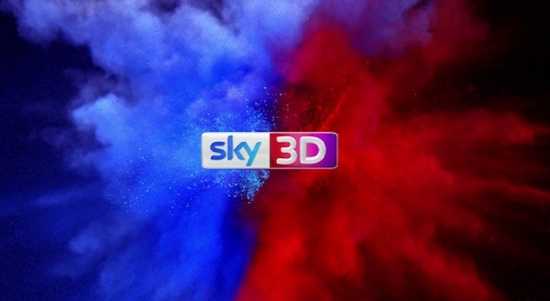 While the 2008 Olympics were the first to be broadcast entirely in HD, the 2012 Olympics are the first to broadcast in HD as well as 3D. Sean Taylor, a spokesperson for Panasonic – provider of some of the technologies – said it effectively, “Each Games, from a technology perspective, tries to have a first. London will be the first HD and 3D Games.” The games were first televised in Berlin in 1936 and played on big screens about the city. Then came the first games to enter households (strictly in London that is) in 1948, followed by the first internationally televised games during the 1960 Olympics in Rome. And ever since, that feeling of physically standing in the crowd and watching these mighty contestants has only gotten clearer, more defined. Now, they more literally than ever actually compete in your living room. 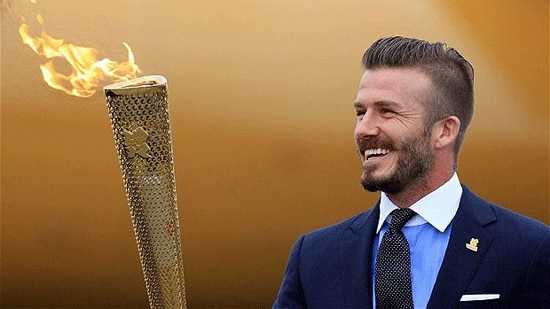 First: Time Since 1960 England Will Have a Competing Football (Soccer) Team.

Part of the reason England hasn’t been trying to qualify for the games was a decision in 1972 to stop allowing ‘amateur’ players to play, which impeded those planning to play for the British team who fell under such a category. While these players were able to compete again in 1984, they simply opted out. Their playing again this year will make exactly one hundred years since they last won the gold (before that, in 1908 and 1900). Maybe in this revisiting of past ideals, the Brits will stumble upon some of whatever steam-powered them to glory in the early part of the 20th century. 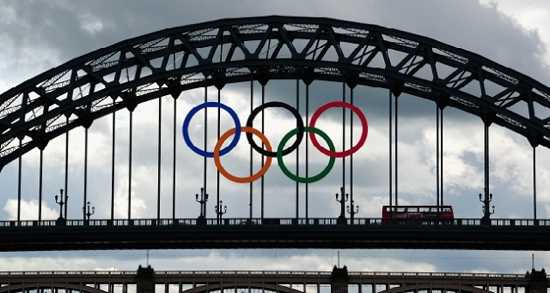 The first event to take place in the 2012 Olympics, before even the opening ceremony, is women’s football; this seems to be an overt way of announcing an increased sense of gender-equality. For one thing, Saudi Arabian women will for the first time be allowed to compete, this coming only after the Olympics threatened to ban the Saudi Arabian team over gender discrimination. Show jumper Dalma Rushdi Malhas will gallop into action as the first female representative of the nation. 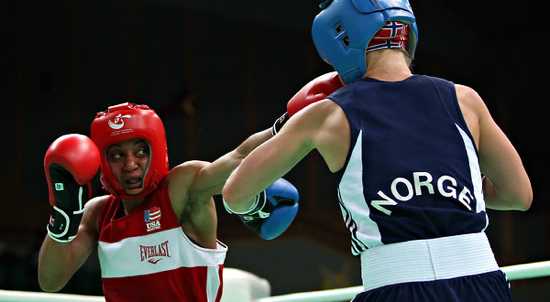 In keeping with the support of women’s athletics in these games in particular, a new sport has been added, and it’s hardly a dainty one: women’s boxing. That’s right, women will be beating each other to a pulp just like any male boxer would in this new addition to the usual line-up. There will be three weight classes: lightweight, featherweight, and middleweight. 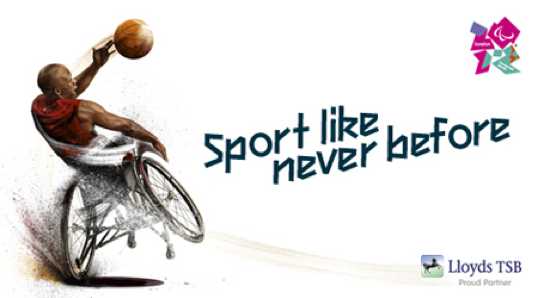 Stoke Mandeville is actually where the Paralympic (a.k.a. “Special Olympics”) movement took place, the first nonofficial events taking place in 1948 in which hospitalized WWII veterans with spine injuries competed in a variety of sports. For the 2012 games, the first to officially recognize the Paralympics in conjunction with the Olympics, disabled individuals will be accommodated better than ever before, per official British mentality of equal opportunity. 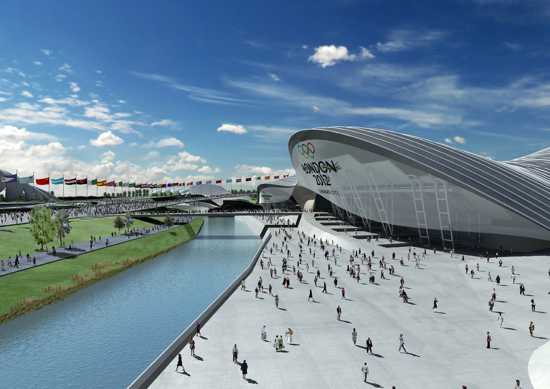 First: Stadium of its Kind.

The stadium is designed, like its competing athletes, for efficiency; it is especially lightweight and conservative. With the capacity to seat 80,000 individuals, it was built with less than 10,000 metric tons of steel (the first of such a structure). It boasts myriad energy-cutting measures, including a lack of indoor concessions – food provided external to the stadium, with giant screens so as to watch and eat. In finished form, the stadium will stand as the third largest in the country, after Wembley and Twickenham – not the case, however, when it is scaled down to a fixed 60,000-seat-stadium after the games. 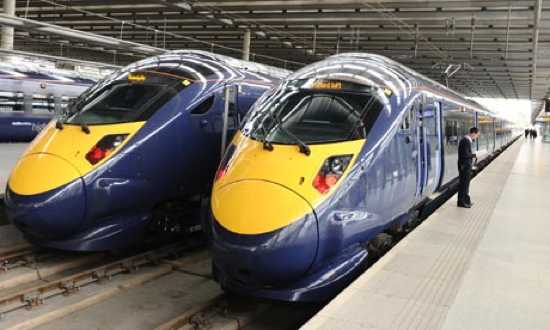 Another surefire measure to cutback on energy waste is to support public transportation. And the 2012 Olympics will do just that when it unveils the extra-quick “Javelin,” made especially for the purpose of transporting spectators. It will be able to go from central London to the Olympic Park in just seven minutes, transporting as many as 25,000 passengers in a single hour. 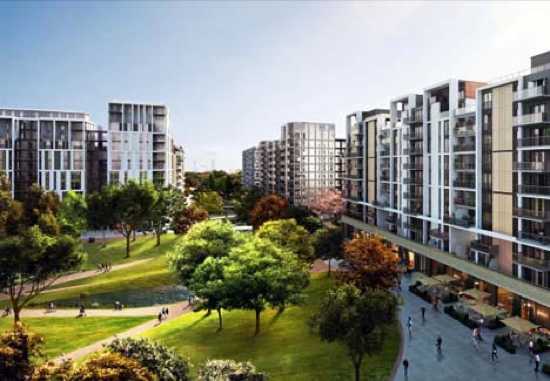 A paradox is presented as the London games celebrate both the Industrial Revolution (a.k.a. the birth of pollution) and a spirit of committed environmentalism; London will be the first to actively measure its own carbon footprint during these games, designing a stadium and accommodations that cut-back on negative emissions when at all possible. They are also shooting for a world record via the “Javelin,” designed specifically to keep as many exhaust pipes at bay as humanly possible.